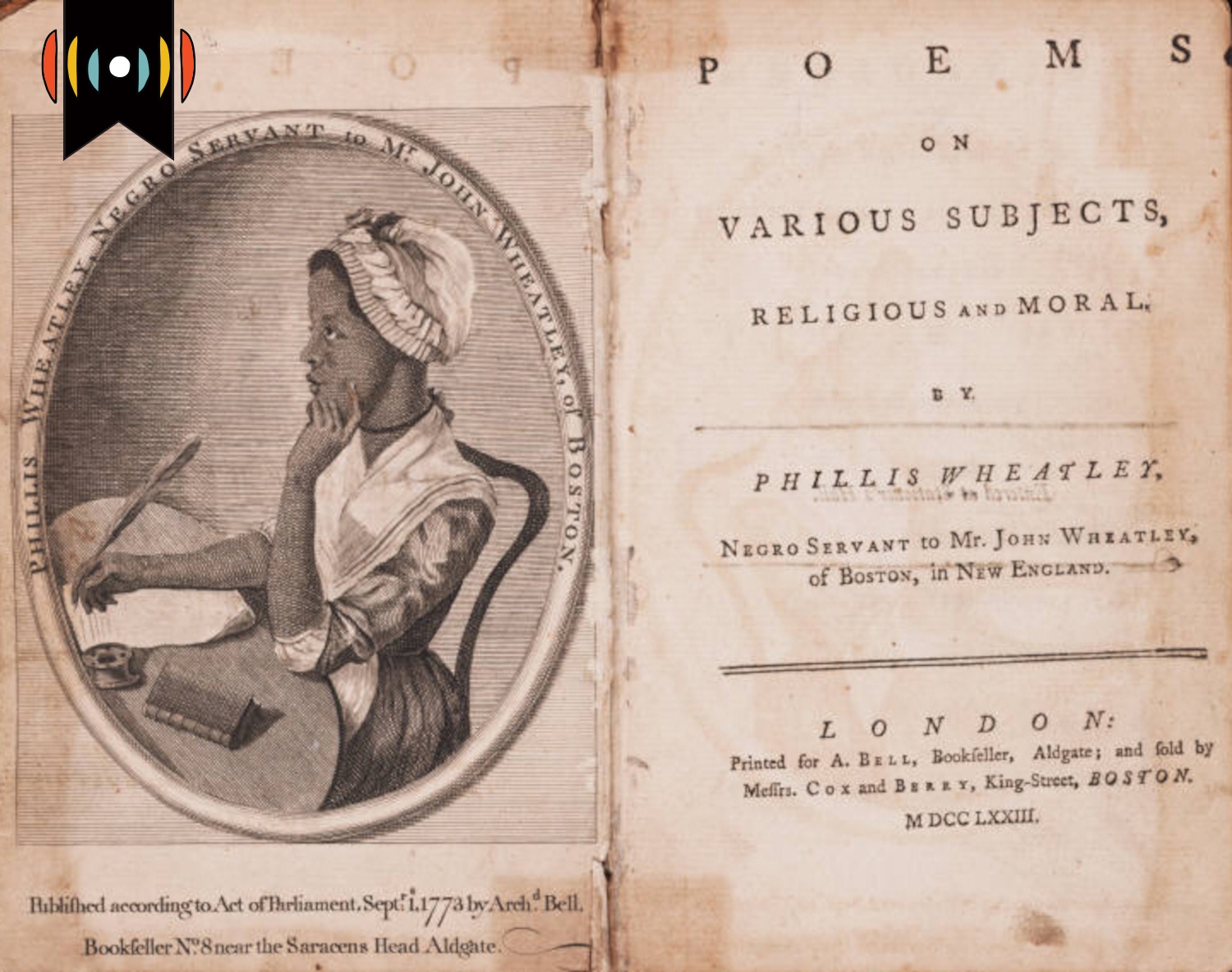 MARY REICHARD, HOST: Today is Tuesday, February 1st. Thank you for turning to WORLD Radio to begin your day.

NICK EICHER, HOST: And I’m Nick Eicher. Next up on The World and Everything in It: our Classic Book of the Month.

CLIP: Twas not long since I left my native shores, Land of errors and Egyptian gloom, Father of mercy, twas thy gracious hand brought be safely from those dark abodes…

EMILY WHITTEN, REPORTER: That’s an actress reciting Phillis Wheatley’s poetry in a 2019 film by Peter Galison. Wheatley speaks there of being captured by African slave traders and sold as a house slave in Boston, Massachusetts before the Revolutionary War. Here’s Harvard professor, Henry Louis Gates, Jr.

Thankfully, Wheatley’s Christian owners broke with tradition, teaching her to read and write. She soon began to write her own poetry. Many readers first heard her name around 1770, after the death of George Whitefield. She wrote a eulogy for him printed in her hometown of Boston and other cities.

ELLIS: She presented a major challenge to the popular thinking of the day that Africans were ontologically and intellectually inferior to Europeans.

That’s Karen Ellis of the Edmiston Center for the Study of the Bible and Ethnicity. She says readers of the day struggled to believe a black woman could write such beautiful poetry.

ELLIS: She was translating the Bible and the Greek classics into English as well. The concept of  'genius in bondage' which Vince Carretta talks about it and it's an apt title for his biography on her life...

At just 20 years old, Wheatley traveled to England where she gained patrons to publish her poems in book form. Soon after, Wheatley’s owners emancipated her, and in 1774, she published our Classic Book of the Month, Poems on Various Subjects, Religious and Moral.

CLIP: Students, to you tis given to scan the heights above. To traverse the ethereal space and mark the systems of revolving worlds. Improve your privileges while they stay, ye pupils. And each hour redeem that bears or good or bad report of you to heaven. Let sin, that baneful evil to the soul, by you be shunned, nor once remit your guard.

It was the first book of poetry by an African American, and she became arguably the first significant American writer of African origin.

Wheatley often modeled her poetry on the neoclassical style of Alexander Pope, so modern readers may find her work hard to get into. But Christian readers will appreciate her gospel-centered content.

ELLIS: The way that she uses the language and the way that she appeals to our common humanity in her letters, and even her eulogies. She just understands the weight and the importance of the story of the Bible. That it's a reality. It's not a story.

Here’s Ellis reading an excerpt of Wheatley’s poem on Isaiah 63.

ELLIS: “Mine was the act," th' Almighty Saviour said,
And shook the dazzling glories of his head,
"When all forsook I trod the press alone,
"And conquer'd by omnipotence my own;
"For man's release sustain'd the pond'rous load
"For man the wrath of an immortal God:
"To execute th' Eternal's dread command
"My soul I sacrific'd with willing hand;
"Sinless I stood before the avenging frown,
"Atoning thus for vices not my own."

In Wheatley’s day, many abolitionists pointed to her work to argue for the full humanity of black people. But some like Thomas Jefferson downplayed her work and her faith. He wrote, “Religion, indeed, has produced a Phillis Wheatley, but it could not produce a poet.” In other words, he dismissed her poetry as merely religious, not matching the real genius of white poets. Such criticism made it harder for Phillis to publish more poems, adding to her financial struggles. Sadly, many academics today dismiss Wheatley as being “too white.”

Ellis points out that throughout history, many Christians have experienced marginalization. But Wheatley displays a different kind of power.

ELLIS: There's no rejection that we can experience as Christians that we can't look at the Lord and say, You don't understand what I'm going through. Because He knows. He endured every rejection. That means that if there is a cross for you, there is also a resurrection. And there is also Pentecost. And with Pentecost, there's power, and with power, there's glory ahead.

Wheatley died in poverty at the age of 31, abandoned by many friends and possibly her husband. But her book of poems continues to enrich readers today, especially those who treasure Christ as she did.

I recommend Christian homeschoolers and teachers include Wheatley in their poetry or American history studies. The rest of us might take a little time to memorize one of her poems this month, to honor her work and draw closer to her “omnipotent,” “atoning” God.