Great for gifts and digging into God’s word 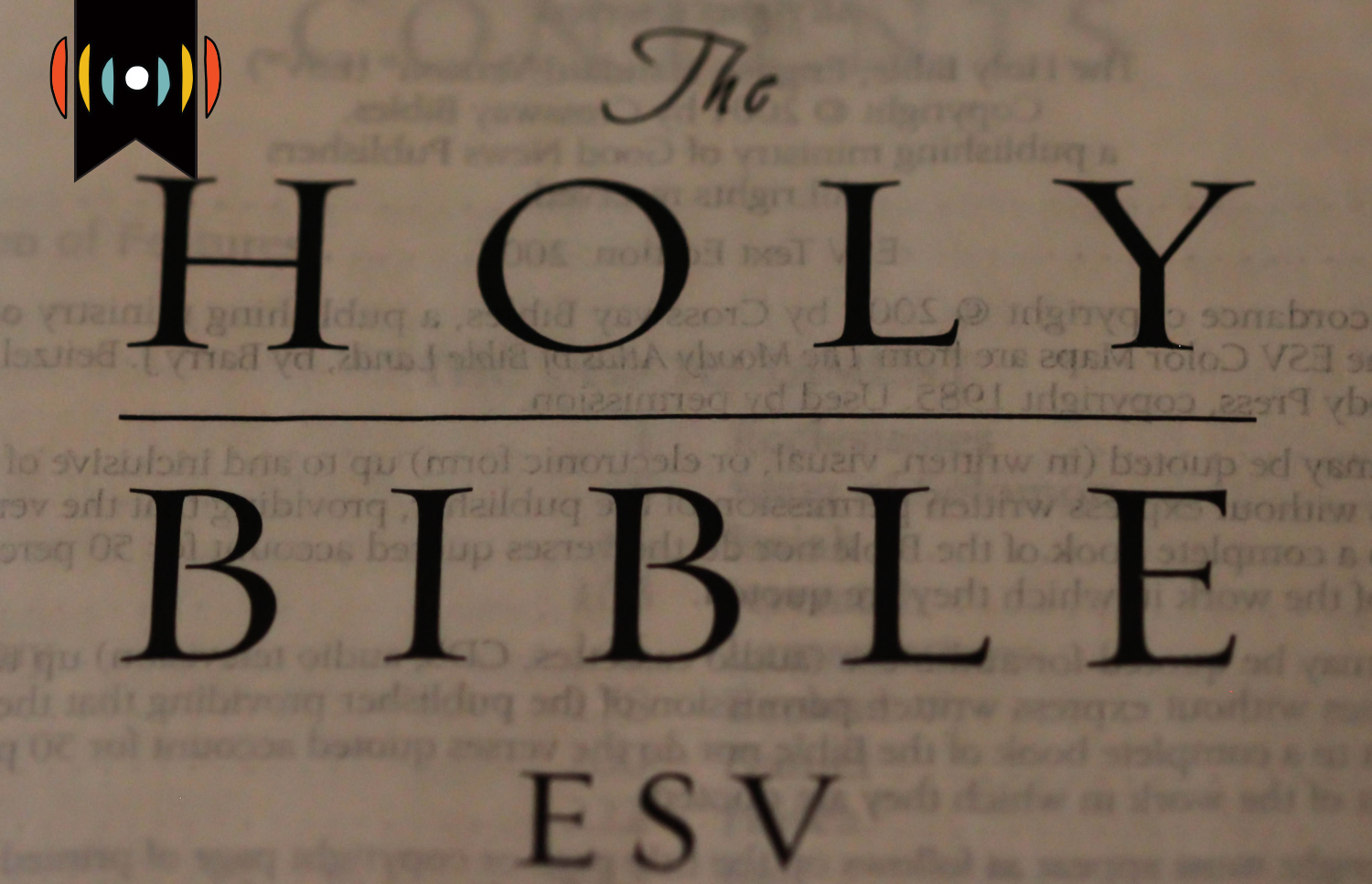 MYRNA BROWN, HOST: Today is Tuesday, May 3rd. Thank you for turning to WORLD Radio to help start your day.

NICK EICHER, HOST: And I’m Nick Eicher. Up next on The World and Everything in It, our Classic Book of the Month for May.

Today’s book might make a great graduation or wedding gift. But certainly, as Emily Whitten says, it’s a must-read for all of us.

EMILY WHITTEN, REPORTER: Do you know the top selling book of all time? Here’s a hint from the website esv.org.

CLIP: For God so loved the world that He gave His only son, that whoever believes in Him should not perish but have eternal life.

Despite being one of the most banned books worldwide, the Christian Bible has sold as many as 5-7 billion copies. I spoke recently with Stephen Nichols, president of Reformation Bible College in Florida. He says we should not only read the Bible—Christians ought to be intentional in studying it. A good place to start might be a study Bible like our Classic Book of the Month, the ESV Study Bible.

NICHOLS: And the reality is God has given to His Church gifted teachers. And that's what a study Bible is, it's a product of gifted teachers that puts the material right there at your fingertips as you're reading the text. Like, it can't get any more convenient than that…

It’s true you don’t need a study Bible to study God’s Word. But they’ve been a great benefit to Christians over many centuries. Nichols says the first study Bible—the Geneva Bible—helped ignite the Reformation in the 1500s.

NICHOLS: These were all English scholars, but they were exiled from England. This is the days of Bloody Mary and the intense persecutions. And so these English theologians and Bible scholars found themselves in Calvin's Geneva and they produced the Geneva Study Bible….

The Geneva Bible differed from previous Bibles in a number of ways. It contained innovative maps, woodcut illustrations, and something called “the argument.”

NICHOLS: It was a way to sort of give a reader an overview of the book, and what they should expect to see as the main idea of the book and then how that main idea gets developed…

Nichols says an introduction can help readers with important Bible truths, such as how to see Christ in the Old Testament. He also thinks maps can serve a critical purpose.

Today, you can find many good study Bibles online or in your local bookstore. I chose the ESV Study Bible as our Classic Book of the Month for a couple reasons. First, it’s great for gift-giving—especially among young graduates and married couples. Second, it’s been pretty popular. Here’s student pastor Lonnie Free in his 2021 Youtube review.

FREE: It’s really been the standard for every other study Bible to live up to since it came out in 2008. Since then, I read that it has sold more than a million copies. This Bible is popular for good reason…

Why is it so popular? For one thing, the text is very readable. And the notes will appeal to a wide audience—it’s not focused on a narrow demographic like women or firefighters.

Another positive—over 95 evangelical Bible scholars contributed to the commentary, making it more balanced than some resources. Pastor Matthew Everhard says in one excellent Youtube review that the book’s contributors tend to be Reformed, but they offer a range of opinions on non-essentials.

EVERHARD: In the commentary on the book of Revelation, it does a great job of setting out for you the major views. It gives you the various views whether you’re post-mil, pre-mil, post-trib, pre-trib, it does set that out for you in fairness and allow the reader to decide.

The book includes nearly 250 maps and illustrations. I really like the detail on many of them—it helps me imagine the Jewish Temple or the clothing of Hebrew priests. Bible teachers may like the timelines. Here’s Everhard on the timeline for Galatians.

EVERHARD: They’ve got like an event, ‘The death and resurrection of Christ’, ‘Paul’s conversion, Paul’s visit to Jerusalem, Paul writes the letter to the Galations, Paul’s missionary Journeys…’ It’s kind of different from your linear line with a bunch of different stuff on one line. This puts it in a visual chart…very, very helpful stuff as a preacher.

Late theologian J.I. Packer served as Theological Editor of the ESV Study Bible. He says he personally read all of the book’s more than a million words of commentary. He summed them all up this way in 2008.

PACKER: The ESV Study Bible will do two things for you, which you badly need. It will tell you what the Bible text means at every point from Genesis to Revelation, and it will show you how to live by Bible truth and position yourself as a faithful Christian in the modern world.

One caution before I close. Stephen Nichols says people used to make a joke about the 1917 Scofield Bible. They would say, ‘You read the English Bible from left to right. You read the Hebrew Bible from right to left. And you read the Scofield Bible from the bottom up.’ In other words, the notes control what you think about God’s Word. Nichols says that’s always a temptation when reading a study Bible—and it’s one we need to resist.

NICHOLS: The text is inerrant, the notes are not. And so just keep that in mind as you read study notes. They're helpful, they're a helpful tool. But we always read the Bible top down, and the text is what's controlling.

Our Classic Book of the Month, the ESV Study Bible, can be a great gift for you or someone you love. But whichever Bible you choose, I hope you’ll do more than read it this summer. I hope you’ll study it.