Netflix has released an adaptation of All Quiet on the Western Front, a beautiful film that pushes an anti-war message 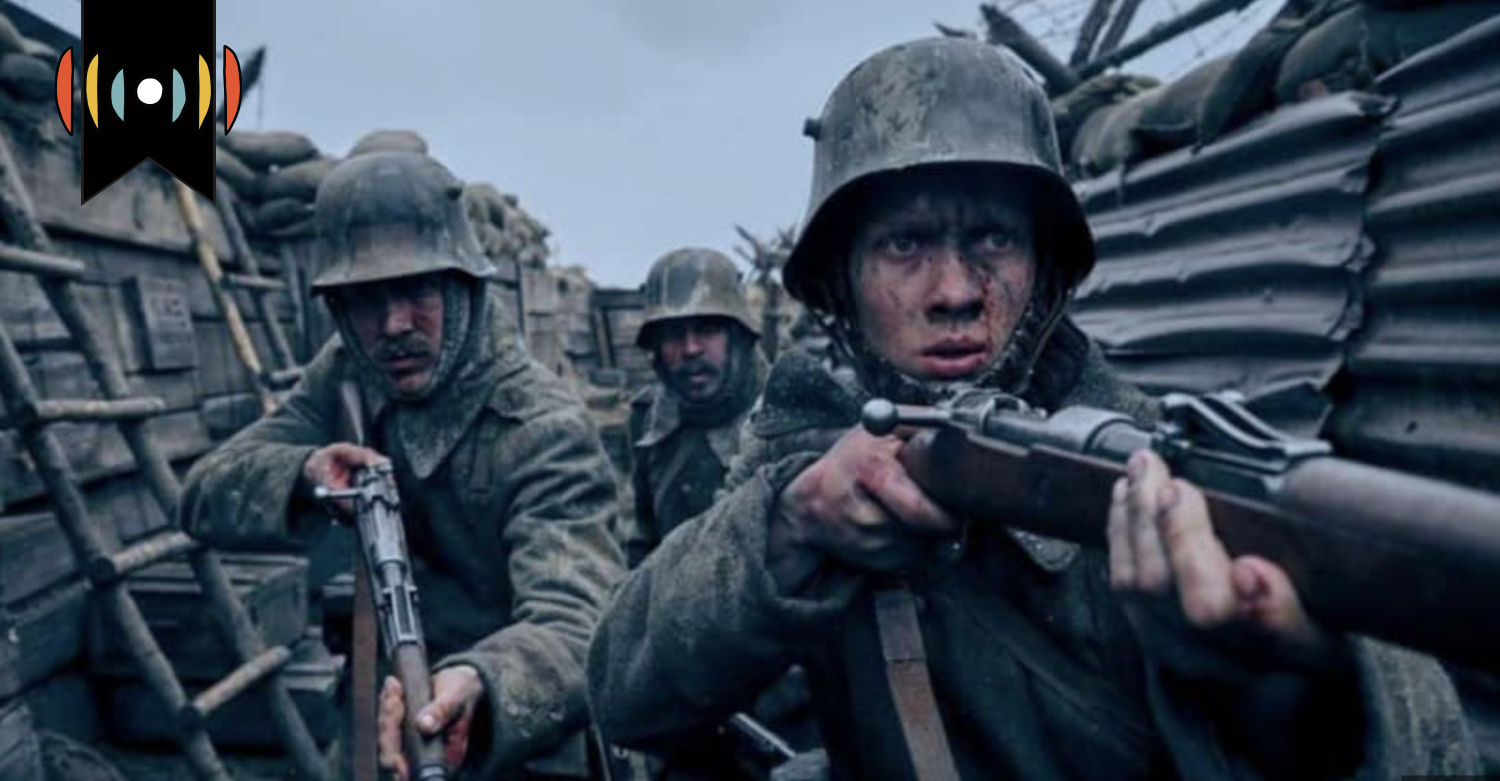 MYRNA BROWN, HOST: Today is Friday, November 4th.Thank you for turning to WORLD Radio to help start your day.

NICK EICHER, HOST: And I’m Nick Eicher. Coming next on The World and Everything in It: the new war movie All Quiet on the Western Front. WORLD’s Emily Whitten says that Christians can appreciate its artistry, but not its anti-war message.

EMILY WHITTEN, REVIEWER: All Quiet on the Western Front begins in the stillness of No Man’s Land, between French and German trenches of World War I.

But it’s not “all quiet” for long.

The new movie is an adaptation of Erich Maria Remarque’s 1928 novel. Early on, protagonist Paul forges his parent’s signature so he can join the German army with his friends. It doesn’t take long for him to realize that the rousing speeches he heard at school about the glories of warfare were nonsense.

CLIP: …for the Kaiser, God, and the Fatherland!! [CHEERS]

His first day at the front, a bomb rips one of his friends apart.

As he leans over his friend, taking in the loss, a commander barks out orders for him to continue collecting dog tags from the dead. There is no time to mourn or honor the fallen.

CLIP: [CRYING] Come on, keep working! We don’t have all day!

Like the book, this film offers an anti-war message—something Christians should be careful of.

But it does get a few things right. For one, it’s authentically German, like the novel’s author. Writer/director Edward Berger uses German actors who speak in German, so English speakers will need to read subtitles or listen to a clunky overdub of British English.

Still, the cinematography is stunning. Brenner breaks the monotony of trench warfare scenes with aerial panoramas of battlefields, trees, and surrounding country sides. He dots earthy blues, greens, and browns, with flames of bright orange and yellow from explosions and even flamethrowers.

I suspect that artistry has a lot to do with the film’s over 90% positive rating on Rotten Tomatoes. But be forewarned, the violence captured here also earns the film’s R rating for “strong bloody war violence and grisly images.” It’s meant to be hard to stomach.

Other negatives: At one point off screen, a character has sex outside of marriage and later talks about that experience with his buddies.

More generally, the film’s disjointed storytelling makes it hard to feel connected to anyone. Paul in particular isn’t very likable. His overacting in early scenes may be on purpose, part of the ironic flavor. But it undermines the film’s effectiveness.

As for the message, Christians can acknowledge that war is horrific and blind patriotism is bad. But we can’t accept a blanket anti-war message. Professor Joseph Loconte wrote A Hobbit, A Wardrobe, and A Great War. In that book, he says Christian writers J.R.R. Tolkien and C.S. Lewis experienced many of the horrors of World War I—without falling prey to pacifism and other errors of their age.

Christian “just war” theory goes back centuries and involves many layers. But Lewis and Tolkien both agreed on this point.

LOCONTE: There are some wars that are absolutely morally necessary in order to protect the innocent from great harm, from great evil. And the difficulty with Eric Remarque, and so many anti-war poets and writers in the 1920s and 30s, is that they seem to have abandoned the concept.

The new film version of All Quiet on the Western Front adds several characters that aren’t in the book, including German and French leaders who—with one exception—ignore the horrors they inflict on soldiers like Paul. At least one reviewer says the film uses these scenes to blame France for Hitler and the Holocaust.

Such criticism is beside the point, though, if Remarque is right—if there’s no God, no meaning, no honor in life, and no hope in death. Near the end of the movie, this is made clear when Paul goes to great lengths to save a friend who’s been shot. They finally arrive at the camp hospital, and he heaves his friend onto a dirty mattress. A doctor makes this casual remark.

CLIP: You could have spared yourself the trouble. He’s dead.

Like Tolkien’s vision of Sam carrying Frodo on Mt. Doom, Paul gives all he has to save his friend—but there is no grace here, only horror and futility.

In contrast, Christians know our real problem isn’t war—it’s sin. And the wages of sin is death, but the gift of God is eternal life in Christ Jesus.

LOCONTE: There is a moral, spiritual dimension to life. And that means that war is not the worst of evils. Dying with no sense of meaning or purpose, that is a worse evil.

BROWN: You can hear more of Emily’s discussion with author Joseph Loconte this weekend right here in our podcast feed. Look for that Saturday afternoon.