One of the missionaries captured in Haiti tells his story

This Oct. 21, 2021, photo shows a sign outside Christian Aid Ministries in Titanyen, Haiti, which had 17 of their members kidnapped by the 400 Mawozo gang. Matias Delacroix/Associated Press Photo 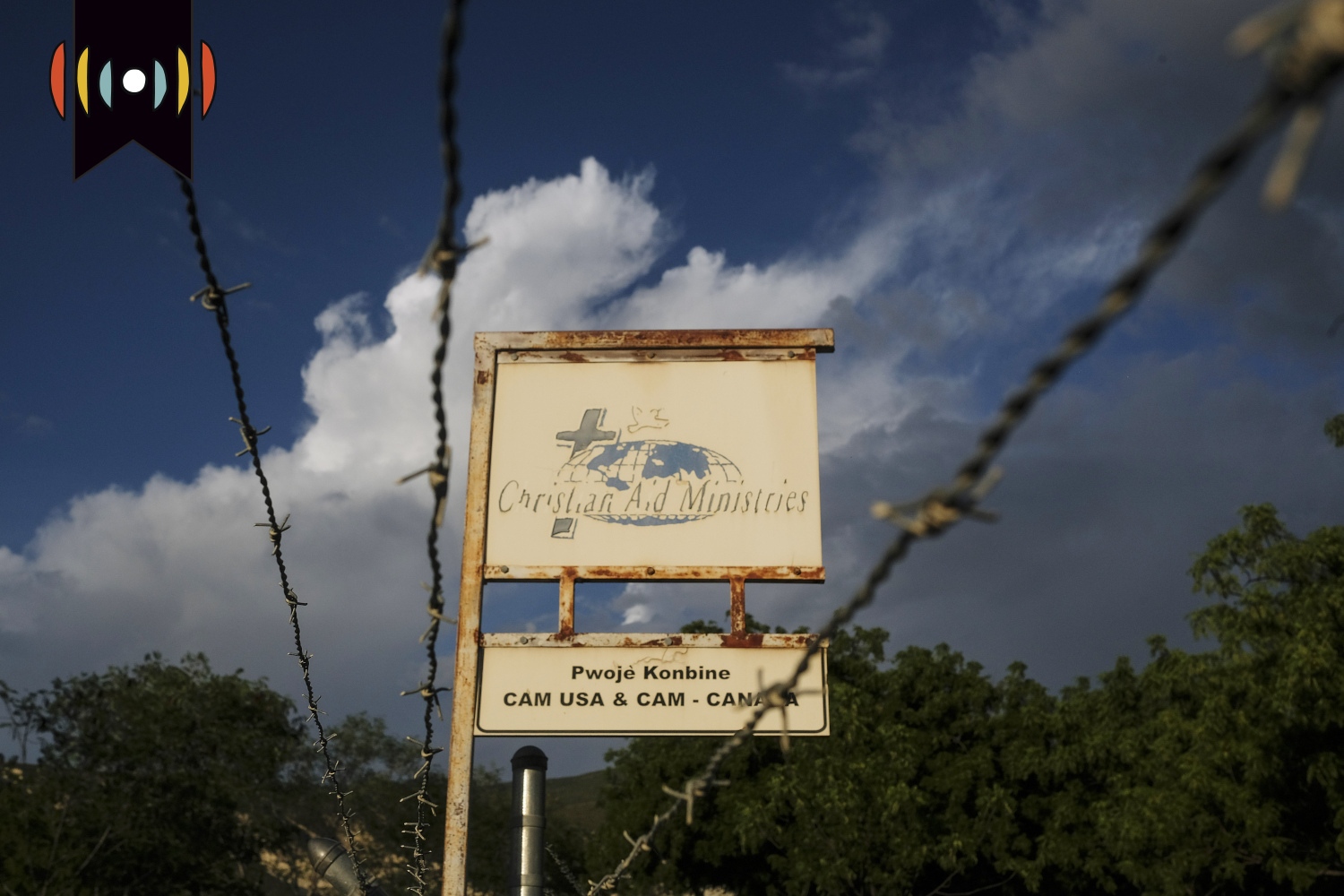 NICK EICHER, HOST: Today is Thursday, December 30th. You’re listening to WORLD Radio and we’re so glad you are!

MARY REICHARD, HOST: And I’m Mary Reichard. Coming next on The World and Everything in It: God’s faithfulness in trials.

This fall a Haitian gang kidnapped 17 missionaries in a roadside ambush. The gang demanded millions of dollars in ransom. Over the two month ordeal, the captors released a handful of the workers serving with Christian Aid Ministries.

Two weeks ago, the 12 remaining captives escaped—walking many miles by moonlight. One of those kidnapped was Sam Stoltzfus.

Just a few days after returning home he delivered a 3-hour testimony to his church in New Holland, Pennsylvania. We’ve edited his presentation down to fit the available time. We’ll post a link to the complete recording in today’s transcript.

We were desperate. We made signs with cardboard, and charcoal: “S-O-S” to hold up and show the airplanes. We made another sign “We need in Help!” in very big letters, the airplanes saw them. One time there was a confirmation. He throttled way down. Nothing happened, nothing. The Lord wanted us to put our complete trust in Him and let Him work out the details. It wasn't by the arm of man that we were delivered—at all.

It was a progression of events that miracles, small things that the Lord did for us. We were in the back side of the house, beautiful evening, having our devotional time, there was storm clouds rolling and there was a beautiful double rainbow in the sky, the sign of God's promise. Oh, we were encouraged. We were so encouraged. And we had a very good time of prayer and singing together.

And the rain poured that during the first part of that evening, and they took us all into the house and everywhere around the building was muddy. We talked about escaping that night, because during that night, the guards got really, really drunk and were high on drugs. And we talked about just walking out into the mud. And I was like, You know what, let's do it. Let's go, like this is our chance, here's our opportunity. For sure, we would be muddy, we'd look like pigs by the time we were out there. But if we get out, it's going to be well worthwhile. And look, the Lord is working for us.

But not everyone was agreed. It was just the constant struggle to get everyone united and on the same page and faith. But it was…God was moving in our hearts and leading us every step of the way. The next day, Ryan and Melody are desperate to get their children out of there. Andre is not in good health. We had Wesley the mechanic going that morning, go into to the bushes to see if there's a possible way of getting 12 people and two little children through there without, you know getting scratched up too bad or whatever. Just check things out.

And Wesley came back out of the brush with a big smile on his face. He said I think we can do it. Let's hear from everyone. So we all share. I said, “Yeah, I share the same burden as Ryan.” Finally, everyone was on board. Finally, we had faith. Finally, we had unity. We felt overjoyed. This is one o'clock. We have preparations to be made. And Ryan said “Yeah, we don't necessarily think we have to wait for the perfect time. The Lord is gonna intervene. He's gonna, if he wants us to get out of here, he's going to set it up to where he puts the details in place and we can take a step of faith and follow Him out of there.”

So we made preparations, we packed our bag, we had a bag with some of our belongings, keys. And oh, the joy, the joy that came from all being united. And we were scared - of course, we were scared, but the joy of being united and everyone was happy.

So there were things we tried to do. We weren't trying to help out the Lord but we were just acting in faith and trusting the Lord to work on our behalf. So we moved the couches over there and we had our worship service on that side of the house that evening, and that evening was one of the most beautiful sunsets that we had seen during the entire time we were there.

And then it rained a little bit, just a little bit. But what it did is it pushed the guards on to the front of the porch, and they ordered us into the house early that evening because of the little shower. Oh, and we had during that day we had taken a stick or two into the house. Our plan of escape was to push on the rock that was in front of the door to move it away from the door. Late that evening, brroom-brroom, they're firing up the generator. And the fans are running and praise the Lord. Thank You, Jesus, just another miracle. And as this was going all this progression of events, our faith was boosted and lifted. And we were just putting more and more trust in the Lord and God was just working out these details.

We planned to wake up that night at one o'clock, and one o'clock rolled around. Most of us had barely gotten any sleep. Our legs were like jelly. I was shaking. But we were trusting. We were in the Lord's hands. There was a fragment of the board, the cross board on the bottom of the door, that was loose, but it was held by a nail. He pulled on that little stick and the nail—you know how a nail sounds when it comes out of wood? It made a nice little screech. And it alerted the guards. Oh, we we hit our we hit our beds.

He was looking at the door. He had heard the noise. And he walked away. So we waited a half hour to 45 minutes and our time window of when we thought would be a good time to leave was nearing its end, and the guards were really really really really nervous. I believe they were awake when we left. They were uptight. They had heard noises coming from the house. But we were ready to take a step of faith.

And we all got up, and the three year old and the 10 month old by this time, their parents picked them up. They whimpered a little bit. They didn’t cry real loud I don't think. Wesley went outside. He took a good look this way, took a look this way. He said the coast is clear. Let's go.

We filed out of there and into the brush. Hearts pounding. Ready to hear gunshots, ready to get yelled at. We closed the door. I grabbed the rock, placed it in front of the door and off we were into the into the brush. If God wouldn’t have blinded the eyes of those guards, I believe I would still be sitting in that prison camp right now.