The metaverse promises to be the next revolution in human interaction

Seen on the screen of a device in Sausalito, Calif., Facebook CEO Mark Zuckerberg announces their new name, Meta, during a virtual event on Thursday, Oct. 28, 2021. Eric Risberg/AP Photo 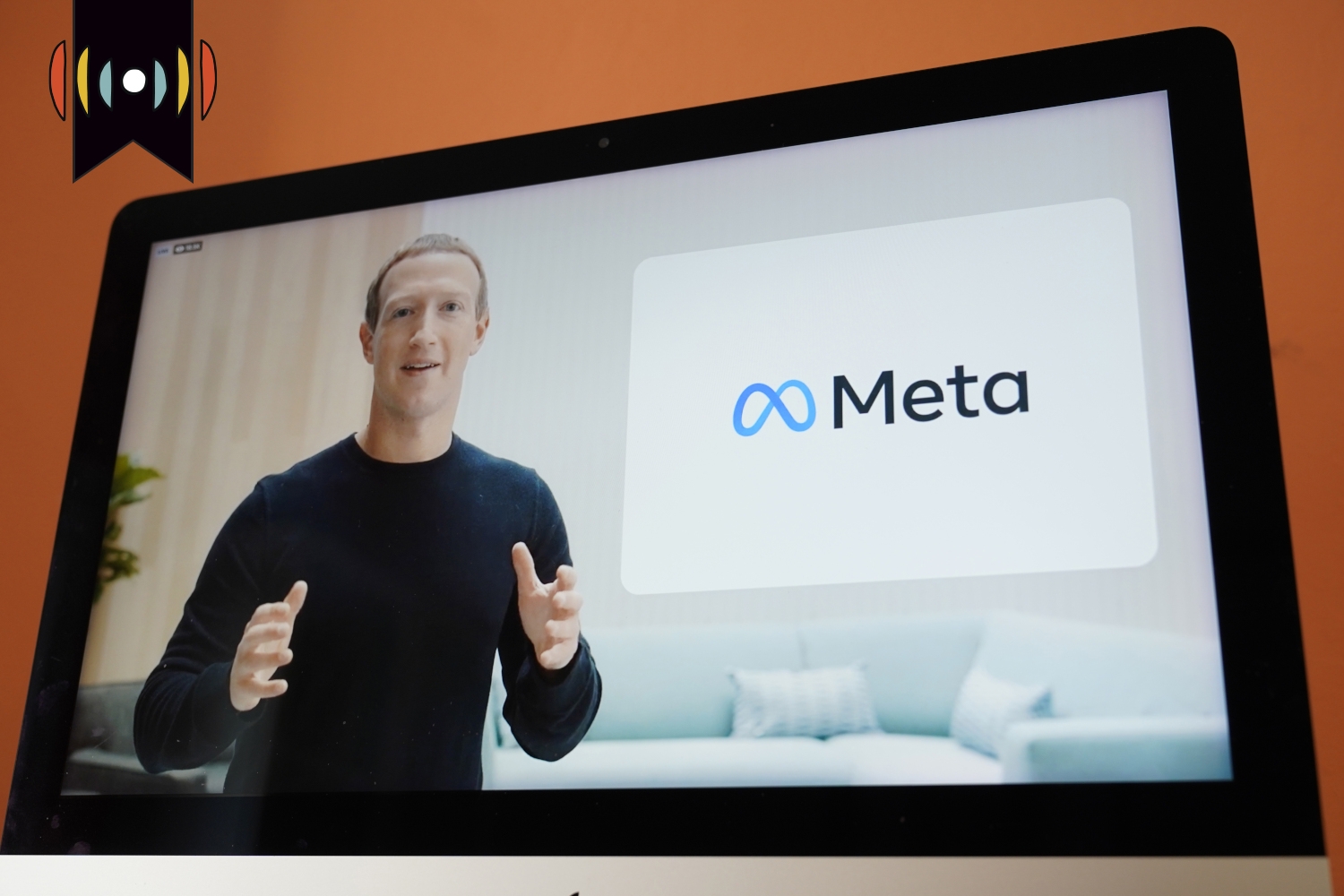 You’ve probably heard the term, thanks to Facebook. In October, the social media company rebranded itself as Meta. It’s all part of a new push to show its dedication to this new virtual world.

But what exactly is the metaverse? Is it virtual reality? Immersive 360 degree technology? The next version of the internet?! WORLD’s Anna Johansen Brown explains.

AUDIO: Imagine your best friend is at a concert somewhere across the world…

ANNA JOHANSEN BROWN, REPORTER: This is Facebook’s vision of the metaverse. A girl, sitting at home in Japan, scrolling through Instagram.

AUDIO: What if you could be there with her?

She sees a video of a concert happening in LA. Below is a button that says “join concert?” She taps the screen, and then appears as an Avengers-style hologram at the concert.

She’s physically still at home, experiencing the concert through a pair of futuristic virtual reality glasses. But in the metaverse, she’s jamming out in an immersive VR experience, and the people at the concert can see and interact with her avatar.

If it sounds too sci-fi to be true, that’s because it is. At least right now. But this is what Facebook (now Meta) says is the future of the internet.

So how exactly does the metaverse work? And what is it?

Ethan Zuckerman teaches public policy and communication at the University of Massachusetts Amherst.

ZUCKERMAN: At the heart of the idea of the metaverse is this idea of a shared digital space that is somehow immersive.

He says we’re a long way from life-sized, life-like holograms appearing at real world concerts. Right now, Meta is focusing on creating virtual office spaces with cartoon avatars of workers. Except … the developers haven’t figured out how to put legs on the avatars, so right now, they’re just floating torsos.

Product designers are already chomping at the bit to monetize the metaverse. Because of course, your virtual self needs some spiffy attire…and a slick ride…and, oh, probably an art collection.

LANDON: Companies are developing platforms that allow you to go in and purchase virtual land, virtual property, virtual, well, pretty much anything, right?

Right now, you can spend real dollars in the real world to buy a Louis Vuitton purse for your avatar to carry around in the virtual world.

Creators hope the metaverse will let you go places you might not be able to in the real world, like the top of Machu Picchu in Peru, or the Louvre in Paris.

But, George Landon says, at the end of the day…

LANDON: It's just ones and zeros stored somewhere on a server.

Companies like Meta are banking on the metaverse taking off someday soon. But the technology hasn’t quite caught up yet.

LANDON: We do have the ability to create a synthetic photo-realistic version of a person and, and in a computer screen, render them or draw them and have them walk around and effectively look as as good as if it was actual film. So that exists, but taking that and matching it with this live person walking around in their apartment. That's not there yet.

The metaverse has been pitched as a sort of internet 3.0. With the internet, individual companies have their own websites. You can easily hop from one to the next.

In the metaverse, if a company creates a digital space, users would want to hop from that space to another. But that’s really hard to do. It would be like building something in Minecraft and then having a character from another video game just walk into it. Right now, it’s not possible.

LANDON: If you purchase an asset for a video game character, can I take that asset and apply it to a different video game? That does not work. They don't allow that.

Partly because, obviously, each company would rather you buy the asset from them.

LANDON: But then there's also the compatibility aspect. And just because I have something that represents a vehicle, right, for one of these virtual worlds doesn't mean it's going to work with a system that represents vehicles in another world.

The other option is to have one company in charge. That seems to be a not-so-secret part of Meta’s vision: That it would be the sole platform where all these virtual worlds exist. But that has its own slew of problems. Here’s Ethan Zuckerman.

ZUCKERMAN: The first reason I'm not excited about Facebook's Metaverse is that it's Facebook's, right, and that Facebook has a dismal track record in the practical realm of running shared online social spaces.

Carolina Milanesi is a tech analyst at the consumer research firm Creative Strategies. She’s worried about how the space might be abused.

MILANESI: If you are concerned already about how vicious the world of social media is, think about how that bullying and harassment is going to feel like when you are more physically immersed into an experience, right?

And some Christians are concerned for another reason. Carl Trueman teaches Biblical Studies at Grove City College. He says the metaverse encourages people to detach reality from its physical and geographical restraints.

The metaverse is getting a lot of hype right now, but it’s still years down the road–if it happens at all. Metaverses have failed in the past. Ethan Zuckerman created his own back in the 1990s, but it never went anywhere. In 2003, a virtual world called Second Life was heralded as the next big thing. But it capped out at about a million users and definitely didn’t revolutionize society as we know it.

ZUCKERMAN: Will Facebook do better than that? Almost certainly.But will it be the next generation of the internet? I think that’s very unlikely.