Andrew Eisenman is 24, a recent Liberty University graduate now working on a movie script from a bedroom lined with books about screenwriting and film production. He’s a fan of podcasts and electric cars and a dedicated Christian.

Eisenman used to be a Republican, too. That’s changing for a few reasons, but a big one is the party’s position on climate change. Eisenman believes it’s an urgent threat that will increasingly disrupt weather patterns, causing severe storms, crop destruction, and other deadly disasters.

He opposes abortion but also considers opposing climate change to be a pro-life stance. He doesn’t see Republicans tackling the problem, so he’s started to vote Democratic and plans to switch his party affiliation. “There are people very angry with me for that choice,” Eisenman said.

Eisenman is far from alone: Young people increasingly rate climate change as a top issue driving their votes. That includes young Republicans, and a growing number of them are demanding that the party make room for climate concerns. They say they’re trying to overcome partisanship, sway lawmakers, and tackle pollution and greenhouse gas emissions using conservative principles.

While Republicans have at times embraced conservation efforts to protect forests and water, they’ve been leery of greenhouse gas doomsday predictions. Over time, while Democrats’ belief in present-day climate change shot up, Republicans’ drifted down. According to Gallup, in 1997, 46 percent of Democrats believed global warming had begun. In 2021, that number reached 82 percent. In the same period, Republicans’ belief sank from 47 percent to 29 percent.

Like Eisenman, young Republicans face a voting catch-22 as their climate concern grows while candidates focus on other topics, forcing them to choose between climate and other priorities. But instead of leaving the party, some are working to change it.

In 2017 he helped found the American Conservation Coalition to organize young people to advocate for “common-sense, market-based, and limited-government” policies to combat climate change. Backer summarized his message on Fox News: “Economics and the environment go hand in hand.”

ACC distinguishes itself from liberal environmental groups by calling on Congress to deregulate nuclear energy—“No climate change platform is serious if it doesn’t include nuclear energy,” declares the ACC website—and by calling for states to de-monopolize their energy markets to increase competition. It also hosts the Market Environmentalism Academy that teaches the benefits of nuclear power and biotechnology. It supports more pipelines as the least carbon-intensive way to move natural gas, but emphasizes that natural gas produced by fracking should eventually be phased out in favor of cleaner energy sources.

In 2020, ACC published what it calls the American Climate Contract, which calls for the government to invest in development of new energy technologies, modernize infrastructure, build up wetlands and forests that store carbon and absorb storms, and export green technology globally to bring down emissions planetwide.

While ACC focuses on youth, older climate-concerned Republicans are lending their conservative bona fides to the fight. Drew Bond worked in the Department of Energy under former President George W. Bush, as an aide to a Republican senator, and as chief of staff at the conservative Heritage Foundation. While at a Heritage dinner, Bond remembers, he heard a donor recount her attempt to install solar panels on her Texas ranch.

“She came up against environmental regulations that were protecting some frogs in that area,” Bond said, and couldn’t install the panels. That struck him as wrongheaded. “Not to say, ‘let’s kill all frogs,’ but let’s weigh the risks and rewards,” he said. 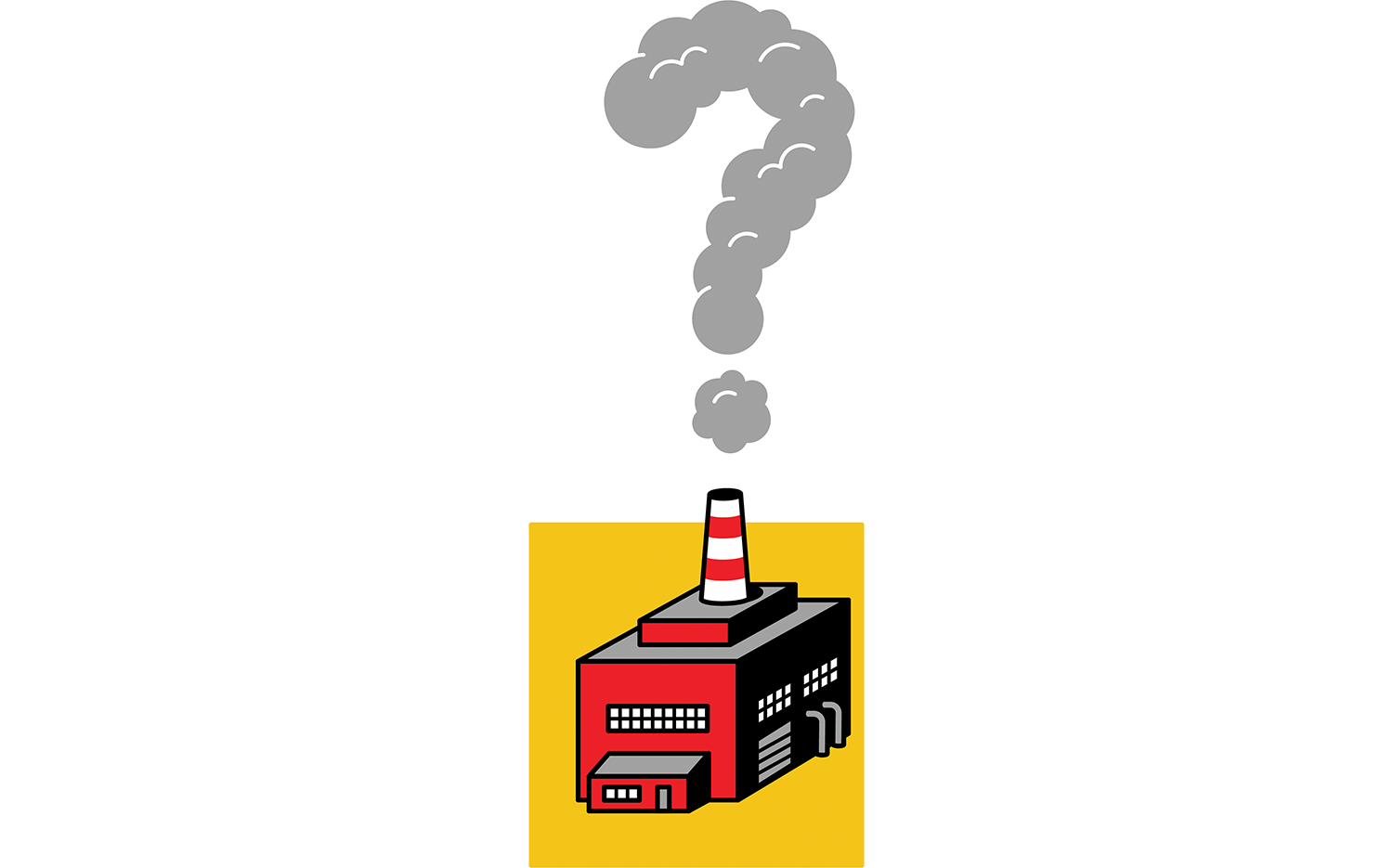 In 2019, Bond and his friend John Hart stood on Hart’s farm outside Washington, D.C., discussing where to install solar panels. Hart has also worked for conservative policymakers, and the two got to talking about the dearth of serious Republican climate proposals. Together they launched C3 Solutions, which Bond says aims to develop good policy on climate, communicate it to lawmakers and their staffers, and build coalitions among conservative groups and across partisan lines to get legislation passed.

Bond argues effective solutions to climate change spring from capitalist, free-market principles. C3 Solutions cross-referenced Yale University’s Environmental Performance Index with a Heritage Foundation ranking of countries’ economic freedom and concluded that countries with elements of a free economy, including limited and efficient government and open markets, are twice as environmentally friendly as centrally planned economies. “Are the most serious solutions bigger and bigger government?” Bond asked. “Or is it actually more and more economic freedom?”

In a range of policy papers, C3 argues in favor of everything from hydropower to natural gas to nuclear power, in many cases with an emphasis on reducing regulations and streamlining the permit process. (One paper points out, “Innovation in natural gas made America the world’s largest emissions reducer.”) It argues the government should help incentivize research and development of new, clean energy sources and technology and strip regulations that discourage adopting that technology once it’s tested.

Some of the groups have faced suspicion that they’re Trojan horses for leftist policies. In 2019, after ACC attended CPAC, an opinion piece by Kevin Mooney in the Washington Examiner blasted its possible support for a carbon tax and connections to groups funded by left-wing money. “Should a network that receives funding from the Rockefeller Brothers Fund ever be described as conservative?” Mooney asked. ACC spokeswoman Karly Matthews said the group has now had more time to prove its dedication to conservatism.

Funding is a common pressure point. Bond aims to recruit 25 large individual donors this year, and said his pitches succeed more often when he focuses less on fighting climate change and more on advancing conservative principles. 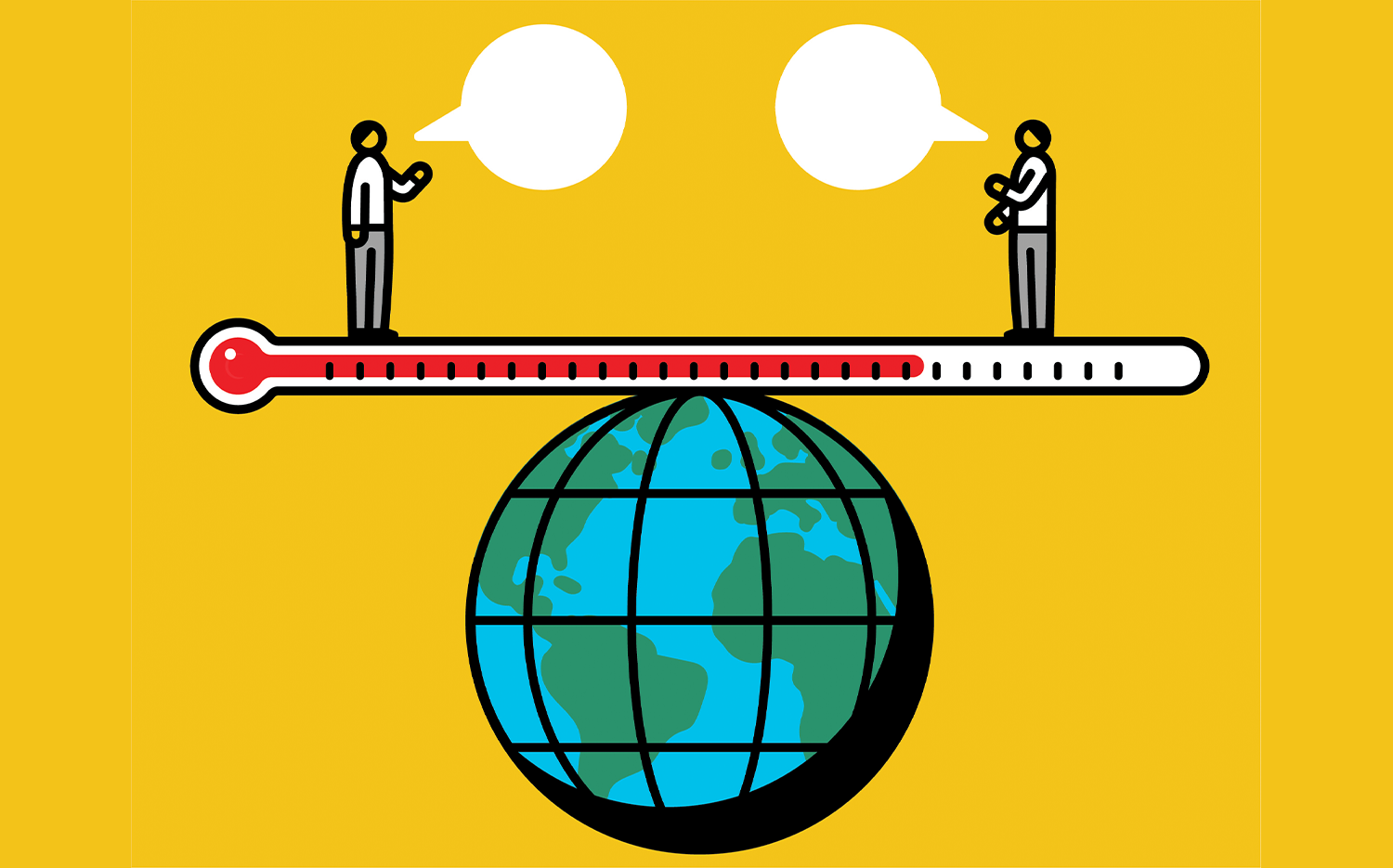 John Murdock is a former Department of the Interior attorney who calls himself a Christian, conservative tree-hugger. As part of his efforts to reach Republican voters, Murdock used to write regularly about climate change for a string of conservative outlets. Misgivings about what he considers their overzealous support for Donald Trump has driven him to quit writing for many. And, he noted, the incentive to fire up voters by pointing out excesses of the left doesn’t motivate Republican lawmakers to collaborate on climate change policies.

Still, there are some signs of Republican support in Congress. Rep. John Curtis, R-Utah, launched the Conservative Climate Caucus last June, and it now lists 72 members. Curtis told Politico the caucus wouldn’t endorse specific legislation, instead focusing on educating lawmakers about the science behind climate change. Caucus members explicitly affirm that climate change is happening, and that humans have a hand in causing it.

Jim Presswood, president of the Earth Stewardship Alliance, says what conservatives need next is groups focused on building coalitions between conservative, liberal, and other advocacy groups, then working on lawmakers to write bipartisan policy. Otherwise, he said, lawmakers will continue in gridlock on climate while presidents trade off sweeping changes—entering, then leaving, then reentering the Paris Agreement to reduce greenhouse gas emissions, for example.

In Virginia, Presswood helped organize several organizations with varying political leanings to put together a bill attacking Dominion Energy’s monopoly on the electric grid, but COVID-19 helped kill its momentum. And like other groups, Presswood struggled to find funding for his climate efforts outside of left-leaning organizations. “There’s no funding on the right for this kind of work at this moment,” Presswood said. “So now I’m an attorney doing document review work while I wait for things to change.”

ACC spokeswoman Karly Matthews also noted that other priorities can squeeze out climate. “Empty store shelves or inflation seem like issues that people are more willing to put urgency behind,” Matthews said. “Whereas climate action … for a lot of folks, it doesn’t feel as glaring.”

But with young people like Eisenman increasingly insistent that lawmakers should embrace climate action now, conservatives like Bond and ACC may have a limited window of opportunity.

The downfall of the carbon tax

More than 3,000 economists have signed a 2019 letter supporting a policy idea hailed as an efficient, easy climate solution: the carbon tax. Companies would pay a fee for each ton of carbon they produce, incentivizing switches to renewable energy, but they would likely pass fees on to consumers through higher prices.

A Columbia University study found an economywide carbon tax would cut America’s carbon output 50 percent by 2030. Lower-income Americans spend more of their paychecks on energy, so higher gas pump and meter prices would hit them the hardest. To soften that blow, the revenue-neutral version of a carbon tax proposes sending the tax revenue straight to consumers through a tax cut or check. The tax is generally popular: A Yale and George Mason University report in 2021 found 69 percent of voters polled supported a revenue-neutral carbon tax.

Opponents, including C3 Solutions, argue companies will simply move carbon-intensive operations overseas, and that workarounds like charging them as their goods enter the United States are too complex to pull off. C3 also argues a carbon tax will siphon money companies might otherwise spend developing new renewable technology.

Esther formerly reported on politics for WORLD from Washington. She is a World Journalism Institute and Liberty University graduate and enjoys bringing her parakeets on reporting trips.