SCIENCE: Our book of the year shows a worldview clash

Norman Borlaug—the wizard in Charles C. Mann’s The Wizard and the Prophet (Knopf)—is the only plant breeder to win the Nobel Peace Prize, and that’s because he used new agricultural technology to increase global grain harvests, making it possible for the world’s population to increase. Borlaug became a scientist because he realized in 1932 that he would not be able to become a second baseman for the Chicago Cubs.

William Vogt—the prophet of population doom—started the modern environmental movement by forecasting mass starvation unless we limit the number of people and the amount of natural resources we consume. Vogt’s Road to Survival in 1948 was a main selection of the Book of the Month Club, and Reader’s Digest published a condensed version of the book for its 15 million worldwide subscribers. Vogt followed the arc of his thinking by spending the 1950s as national director of the Planned Parenthood Federation of America, and killing himself in 1968. 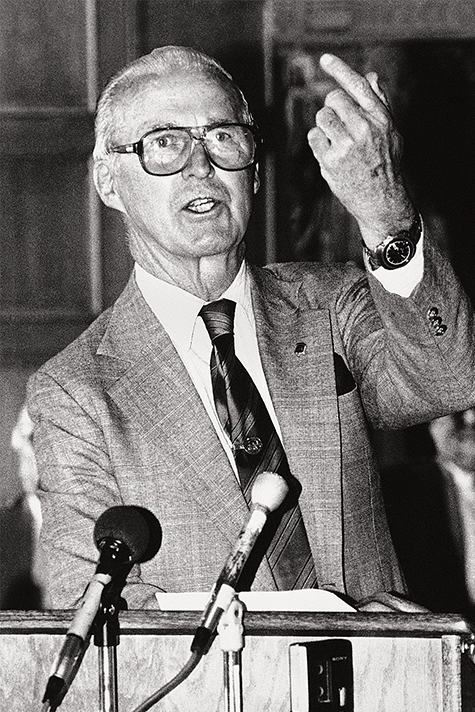 Mann does not write from a Christian worldview, but he tells great stories in which optimists beat pessimists. Planting the varieties of wheat developed by Borlaug doubled or tripled harvests, and his “miracle rice” yielded in Pakistan 10 times more than the average of the day. Borlaug persevered through failed experiments and political challenges, and the rest is history: “Even though the continent’s population soared, Asians had an average of 30 percent more calories in their diet … better food, better clothing, money for school. Seoul and Shanghai, Jaipur and Jakarta … all are built atop a foundation of laboratory-bred rice.”

A terrible foundation, Vogt believed. Mann correctly notes that Vogt, through his influential writing, was not responsible for China’s one-child policy that led to possibly 100 million coerced abortions, “but his intellectual guilt is heavy.” Mann does not note that God makes men and women in His image, so big cities contain more beauty than pristine wilderness, but the big difference is whether having more people is good or bad.

That different perspective has many practical outcomes. Wizards and prophets, for example, disagree about how to measure agricultural productivity. Wizards ask: “Which farm creates more calories—more usable energy—per acre?” Prophets concentrate on issues like habitat loss or the destruction of rural communities. Prophets condemn but wizards praise industrial farming operations and synthetic fertilizer. (Today, almost half of all crops depend on nitrogen derived from synthetic fertilizers: We “extract an additional 3 billion people’s worth of food from the same land” that fed a relative few.) 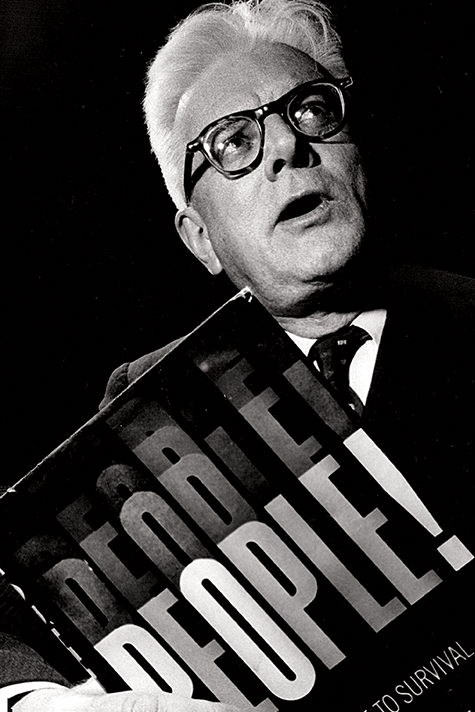 And what about fossil fuels? Before we started using them, kings and presidents froze when temperatures dropped. Water in the Palace of Versailles froze in February, as did Thomas Jefferson’s ink in his Monticello inkwells, “preventing him from writing to complain about the cold.” Petroleum experts in the 1880s, 1920s, and 1990s all predicted an end of oil, and 21st-century books with titles like The Post-Petroleum Survival Guide and Cookbook sold well. Mann judiciously examines coal, wind, and solar energy, and shows that “even to scientists, climate change can be as hard to nail down as a blob of mercury.”

Mann accepts evolution as valid but includes suggestive observations: “Remarkably, C4 photosynthesis has arisen independently more than sixty times. … When many different species develop the same traits, the implication is that a lot of plants are ‘preadapted’ to create that trait.” How do they become preadapted? And are humans “wholly controlled by the natural processes that control all other creatures”? Or are we also preadapted to be different?

In his closing chapter, Mann reviews the famous 1860 debate between Bishop Samuel Wilberforce, son of Christian anti-slavery pioneer William Wilberforce, and Thomas “Darwin’s Bulldog” Huxley, grandfather of Brave New World author Aldous Huxley. As Mann reports, “Over the decades Huxley came to be seen as triumphant,” but the reality is more complex. A century and a half later, if we aren’t to be prisoners of biology, it’s more important than ever that we realize human beings are special creatures.

(Please read our short list for Books of the Year in Science.)