When the fog lifts

Former cult leader and convicted murderer Jacques Robidoux says he experienced a transformation in prison, and now he wants others to avoid the crooked path he trod

BRIDGEWATER, Mass.—Over 51 awful days in 1999, 10-month-old Samuel Robidoux slowly starved to death. His parents, part of an aberrational cult that began as a Bible study and home church, withheld food from him so as to obey a “prophecy” from a fellow cult member, the boy’s aunt.

In the weeks leading up to his death, the once chubby and active Samuel quit crawling or sitting up. His bones began to stick out. His cries weakened. He ground his teeth. His skin changed color. Following Samuel’s death, a Massachusetts jury convicted Jacques Robidoux, the boy’s young father and a leader in the group, of first-degree murder.

Robidoux, 46, received a sentence of life without parole and has now spent 19 years behind bars. He has slowly emerged from the fog of cult thinking that led to his son’s death. For his first interview since his incarceration, he and I sat in a visiting room at the Old Colony Correctional Center in Bridgewater, Mass. There he told me about his horror regarding the murder, and his discovery of forgiveness through Christ.

Tiny splinter sects are proliferating, according to Bob and Judy Pardon, Christians who have studied cults and live a 15-minute drive from Old Colony. Law enforcement and social workers all over the United States call on them to intervene or help someone get into recovery.

The Pardons have had a cult leader call SWAT teams on them during an intervention. They’ve helped people coming from cults who were so damaged “they couldn’t tie their own shoes,” Bob said. But, as we sat in his living room with bookshelves built by young men who left a Tennessee cult, he noted that cults often go unnoticed “until someone dies or there’s child abuse or a kidnapping.” 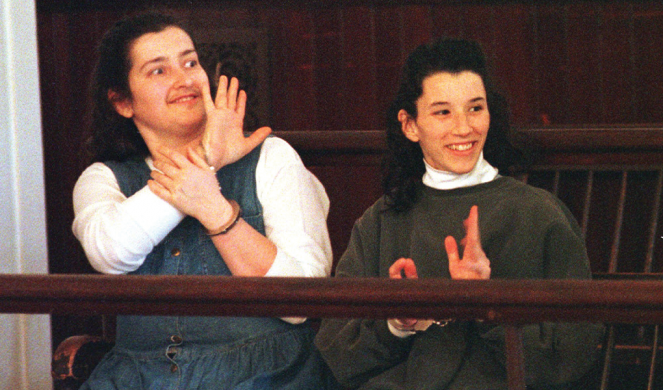 The Attleboro, Mass., cult followed the pattern of many other destructive groups. It started with Robidoux’s father, Roland Robidoux, who when Jacques was little was a Worldwide Church of God member. At the time, Worldwide was a fundamentalist, anti-Trinitarian sect under the strict leadership of an “end time prophet.”

Roland Robidoux left Worldwide with other disgruntled friends when Jacques was 4 years old to start their own church. It eventually employed many Worldwide practices, including suspicion of doctors and educators and a ban on wearing jewelry or using makeup. That began a long slide into increasing isolation and heterodoxy, even as the group claimed to base all its beliefs on the Bible.

The Robidoux church eventually split, with part meeting in the Robidoux home and becoming a commune, according to a history Pardon researched. Members worked as masons, carpenters, and chimney sweeps. As the founders’ children grew up, they married each other: Jacques married Karen Daneau, the daughter of the group’s co-founder. At its peak the Attleboro group had about 40 members. They saw themselves as the only true Christians, the true “Body of Christ,” and the institutional church as a false religion.

Jacques became an elder and joined his father in leadership. The group began putting a greater emphasis on members’ revelations, which they saw as having the same authority as Scripture. 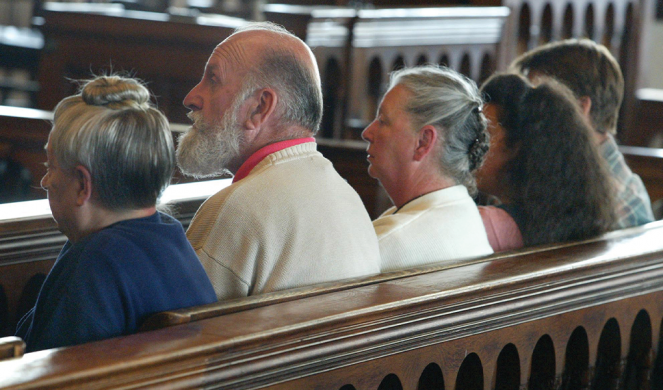 One day, though, Michelle Mingo, Jacques’ sister and a cult member, had a supposed revelation that Karen, now pregnant once again, was under judgment for having vanity. Mingo said Samuel must only survive on Karen’s breast milk, or else both Samuel and the unborn child would die—but Karen’s milk supply was insufficient. Meanwhile, 10-month-old Samuel Robidoux was already eating peas, Cheerios, and mashed carrots.

Jacques recalls, “If something like this had been said a year and a half earlier, I would have said, ‘God doesn’t say stuff like that.’” But in the fog of what cult expert Pardon calls “thought reform,” Jacques saw this as a spiritual test. He was firmer about following the prophecy than Karen was: He says she still had the ability to think and feel.

Samuel slowly starved. Whenever Karen wasn’t trying to nurse him, Jacques held him: “I’m crying and I’m stopping myself, crying and stopping myself, until I got really good at shutting off emotion. … I would begin to question and say, ‘Does this even make sense?’ Now I’m faced with a situation of, do I want to be questioning God? Well, no. Ultimately, I want to trust in God with all my heart. And so I have to reject what it is I’m seeing. … You become compartmentally a sociopath, because you don’t allow yourself to feel or emote.”

For a week after Samuel died, Karen and Jacques knelt over his body and prayed for resurrection. A few months later, one former member who had left because of concerns returned to visit family members who remained. He noticed Samuel was gone and informed government authorities. They arrested Jacques, held him on contempt charges when he refused to cooperate with attempts to locate Samuel, and began investigating the cult.

They learned that an apparently healthy baby, according to the cult’s journals, died during a home birth in the Attleboro commune because of lack of medical attention. Later, after Samuel’s death, another baby died: Investigators concluded the baby was stillborn. 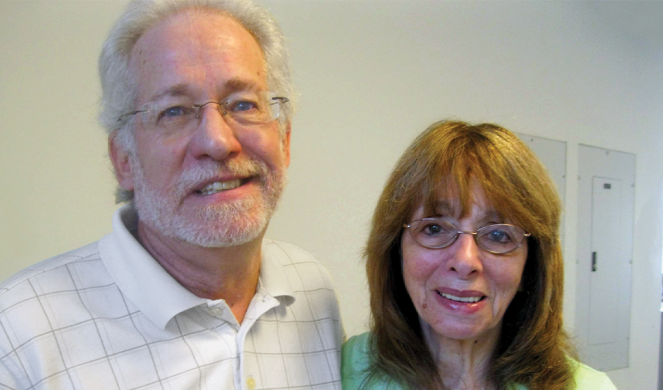 Family court Judge Kenneth Nasif made the Pardons the guardians ad litem for the cult members’ 13 children, and eventually severed all the cult members’ parental rights. Nasif told Jacques, “I feel bad for you, sir, I truly do, and for the people you’ve led down your road. … You are a false prophet.” Local reports said Jacques showed no emotion in the courtroom.

Investigators eventually discovered Samuel’s body. Trials came and Jacques went to prison for the rest of his life. Karen and Jacques’ prophecy-wielding sister had short prison stints on lesser charges. Jacques’ initial prison time was almost fatal. Other inmates beat him unconscious for being a “baby killer.” When he came to, he said, he spent an hour not knowing where he was or anyone’s name. But he says he remembered God’s name, and prayed.

Jacques says he maintained an “anti-system” outlook over this time, thinking his sentence was just something to be endured while God’s bigger plan for him and his family appeared. He still had appeals left. But about a year after his sentencing, Jacques received divorce papers from Karen and realized what he had done: He had starved his son to death.

Robidoux began questioning which of his beliefs had come from God, and which hadn’t. He began to feel emotions for the first time in years. He wanted to die. He fell on the floor of his cell and cried out, “How many times in my life, prior to these events, had You kept me from doing something really stupid? Had You sent someone into my life to give me good counsel? How many times had You blessed me with this, that, and the other? … You couldn’t have kept me from starving my son to death?”

He realizes now he was blaming God for his son’s death, but that began a conversation. Jacques mostly spent the next years alone, wrestling directly with God. The Massachusetts Department of Corrections eventually transferred Robidoux to the protective unit at a medium-security prison in Bridgewater—15 minutes from the Pardons. He reached out to them. They began visiting him, and those conversations became crucial to his healing, he says. 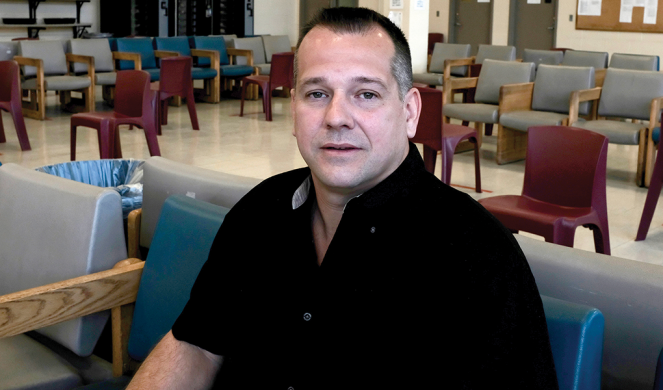 Robidoux also connected to the outside world by reading books, reading WORLD, and talking with his fellow prisoners from different cultures and backgrounds. Four years into this reeducation, one of the prisoners encouraged him to read a book in the prison library, R.T. Kendall’s God Meant It for Good, which analyzes Joseph’s story from the Old Testament. When Joseph’s brothers come to him after Jacob’s death, trying to win his favor, Joseph weeps, because he had already forgiven them.

Robidoux says he realized Jesus had already forgiven him: As he walked in the fenced courtyard outside his prison cell, a weight came off him, and he began simultaneously laughing and crying. A month later he started going to meetings with other Christian men in the prison. He now leads a Bible study four days a week within the prison.

The new Robidoux reads voraciously: the entire eight volumes of Philip Schaff’s History of the Christian Church, Justo González’s church history, Wayne Grudem’s Systematic Theology, Gregg Allison’s Historical Theology. His conversation is peppered with references to ancient church fathers or modern theologians. He and other Christian inmates publish a newsletter, Freely Give, where they “testify to the light of Christ from a dark place.”

On Easter and Christmas the inmates perform cantatas for other inmates and their families. Robidoux says he doesn’t feel he is in prison, because there’s “meaning, purpose, peace, joy, and community.” He and the Pardons, once enemies because of the Pardons’ role in severing Robidoux’s parental rights, have reconciled and the Pardons visit him regularly. The Pardons and prison guards have noticed the changes: Judy Pardon says guards “love that unit because it’s peaceful.”

Robidoux wrote about his transformation: “The heart is a complex thing. … Thank goodness we have a Creator who knows its inner workings better than we do ourselves. Some walls come down in a day, while others take years. … The payoff is a true healing, where hurt and fear and doubt and anger no longer hold sway.”

As Robidoux considers the rest of his life in prison, he hopes his story is useful for others who might get sucked into a destructive cult. He advises those in similar circumstances to beware isolation, analyze critically, and ask questions.