Getting the right ammunition

About once a month a WORLD reader asks me, “What should I read to learn how to help the poor and how not to?”

Thirty years ago that question had an easy answer: P.T. Bauer’s Equality, the Third World, and Economic Delusion (1981) broke from failed World Bank perspectives. Charles Murray’s Losing Ground (1984) showed how the Great Society endeavor had failed. Two books: That was about it.

Now, my bookcase runneth over with good advice. Steve Corbett and Brian Fikkert’s When Helping Hurts: How to Alleviate Poverty Without Hurting the Poor … and Yourself has probably received the most attention: The two authors also have out a practical guide, Helping Without Hurting in Church Benevolence. Fikkert and Russell Mask added in 2015 From Dependence to Dignity: How to Alleviate Poverty Through Church-Centered Microfinance.

Darrow Miller has authored or co-authored three excellent books: Lifework, which examines worldviews and vocation; Discipling Nations, which unites worldview analysis with sound perspectives on international development; and Rethinking Social Justice: Restoring Biblical Compassion. Michael Novak and Paul Adams try to rescue the term from the left in Social Justice Isn’t What You Think It Is.

Five other books give some realism to international poverty fighting. Economist Thomas Sowell, as always, cuts to the chase in Wealth, Poverty and Politics. Wayne Grudem and Barry Asmus provide a Christian perspective in The Poverty of Nations. William Easterly’s The Elusive Quest for Growth describes adventures and misadventures, while his The Tyranny of Experts exposes how economists have often hugged dictators and ignored the poor. Easterly’s playfully titled The White Man’s Burden shows Why the West’s Efforts to Aid the Rest Have Done So Much Ill and So Little Good. 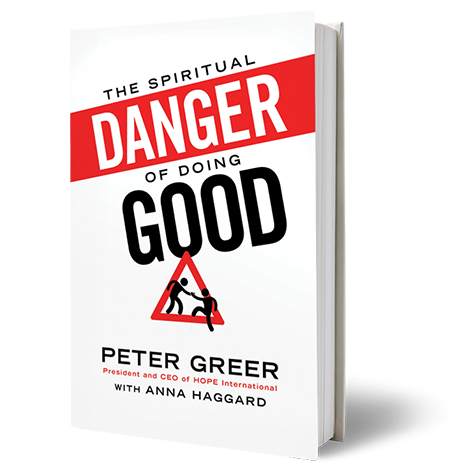 Robert Lupton in Toxic Charity uses his decades of experience in domestic poverty fighting to show how churches and charities often hurt those they try to help—and in Charity Detox he proposes a way out. Peter Greer is co-author of two books that show what can go wrong: The Spiritual Danger of Doing Good and Mission Drift. Tim Chester’s Good News to the Poor shows how evangelism and Biblical social action should go together.

Case studies of what works include Peter Cove’s Poor No More, which examines the success of America Works, and David Apple’s Not Just a Soup Kitchen, a story of the Mercy Ministry at Tenth Presbyterian Church in Philadelphia. Golden Opportunity by Cody Teets looks at careers that began at McDonald’s, and Making Neighborhoods Whole contains advice from Wayne Gordon and John Perkins.

The best Christian left book on the subject remains Rich Christians in an Age of Hunger by Ron Sider. Well-written books from the secular left include Barbara Ehrenreich’s Nickel and Dimed, Andrea Campbell’s Trapped in America’s Safety Net, Linda Tirado’s Hand to Mouth, and Matthew Desmond’s Evicted. Arthur Brooks shows in Who Really Cares that the most charitable Americans are religious conservatives. 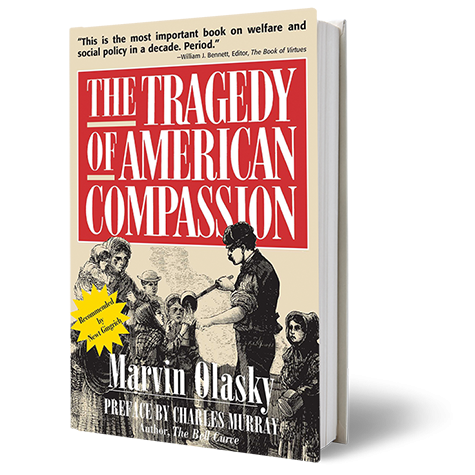 My own contributions to the literature: Renewing American Compassion, Compassionate Conservatism, and The Politics of Disaster, all of which followed a book of mine that gained wide attention in 1995, The Tragedy of American Compassion. The 1990s was the first time in 50 years when Americans believed we had no external enemies and could focus on compassion for the poor.

That time may not come again for a long time. Patrick Garry’s Conservatism Redefined is “a creed for the poor and disadvantaged,” but conservatives now seem more accepting of ancient Rome’s martial virtues than early Christianity’s emphasis on compassion.