UNDERSTANDING AMERICA: Our book of the year focuses on the war for work

The Once and Future Worker by Oren Cass (Encounter) helps us understand America by pointing out a fundamental problem: trillions of dollars poured into low-income households to guarantee consumption, but very little to help those adults become productive.

The statistics are grim: Nearly 1 in 5 men in their prime do not work full time, and some die “deaths of despair.” Mortality rates have risen since the end of the century for middle-aged Americans, driven by higher levels of suicide, liver disease, and drug overdoses for those with only a high-school degree. 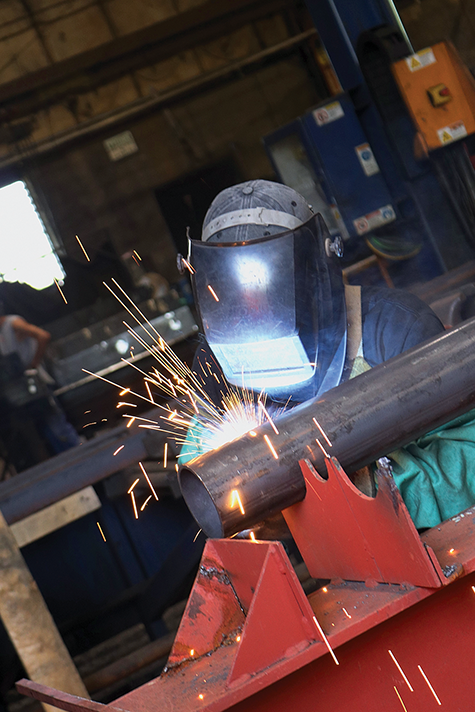 Cass concludes, “A labor market in which workers can support strong families and communities is the central determinant of long-term prosperity and should be the central focus of public policy.” The lack of such a labor market in much of the Rust Belt packed a political charge as well: Welcome to the White House, President Trump.

We also need an educational system that does not turn college entrance into a fetish: “The education system’s obsession with college for all left many students ill prepared to join the labor force at all. … We can prepare Americans to work more productively if we shift some attention and resources from the college track to the other tracks down which most people actually travel.”

In short, when schools adopt an attitude of “college or bust,” we shouldn’t be surprised to find far too many busts. Cass: “If we pursue growth in ways that erode the labor market’s health, and then redistribute income from the winners to the losers … we will not generate the genuine and sustainable prosperity that we want.”

Although Cass does not delve deeply into worldview reasons for our economic and educational failures over the past half-century, Bible readers should connect the dots. God could have given Adam a perpetual vacation. Instead, he put him to physical and intellectual work right away, caring for the garden and naming animals.

That, and all the evidence since then, shows us how living without work does not make us happy and does not glorify God. The Sabbath commandment is six-sevenths a work commandment. This is important to remember at a time when Facebook CEO Mark Zuckerberg, one of the world’s richest persons, is among those calling for a universal basic income (UBI), even for people who don’t work.

Canadian, Finnish, and other UBI experiments have not impressed thoughtful analysts. Laval University (Quebec) researchers concluded that UBI “would have a large negative impact on hours of work and labor force participation—and mostly so among low-income workers.” The Organization for Economic Cooperation and Development said a guaranteed basic income is not “an effective tool for reducing income poverty.”

In this political environment The Once and Future Worker’s analysis is particularly important. Cass points out that even a low-paying job develops experience at coming to work on time, developing skills, and entering into a social network that often leads to more opportunities. He concludes, “A UBI would redefine the relationship between individuals, families, communities, and the state by giving government the role of provider. It would make work optional and render self-reliance moot.”

In short, America has succeeded in the “War on Poverty” that began some 50 years ago. The “consumption poverty rate”—measuring the number of Americans in material deprivation—is now 2.8 percent, thanks to welfare expansion. Now, a majority of nondisabled, working-age adults who collect food stamps or Medicaid do not work during any given month of receiving benefits. But does the welfare state feed the body while impoverishing the soul?

(Please read our short list for Books of the Year in Understanding America.)