Walt Heyer is a man again, and he has a manly purpose: protect the vulnerable from the transgender movement

Laura, Laura, can you hear me?”

The surgical nurse’s call was the first thing Walt Heyer heard when he opened his eyes. He felt a strange jolt: She called him Laura. Laura Jensen, not Walter James Heyer, his birth name. Despite the post-surgery fog, Heyer/Jensen drew in a sharp intake of euphoria: Finally, at age 42, he did it! Finally, he felt free from the guilt, shame, and confusion, saddled over decades of cross-dressing. Surgical tools had fixed nature’s mistake: He was now a she, and Walt was an ugly past.

Those were Heyer’s thoughts in April 1983 while lying at a 70-bed hospital in Trinidad, Colo., then known as the “Sex-Change Capital of the World.” He had already undergone breast and butt implants, removed his facial hair through painful electrolysis, and shaved his nose into a pixielike one. With a smear of lipstick and a form-flattering outfit over his petite frame, Heyer could almost “pass” for a woman.

But it wasn’t long before Heyer realized he would never completely be a woman. So what was he? At first, Heyer was bewildered: He had done everything the experts had recommended. Why was he still troubled? Familiar companions—depression, distress, and unrest—crawled back. He had blown $50,000 on multiple surgeries—and in the process, lost his 17-year-long marriage, a high-paying career, and irreplaceable organs. That he had lost everything to a gross, permanent mistake horrified him: Oh God, what had he done?

In all appearances, Walt Heyer grew up a normal, healthy guy in Los Angeles, but inside he wrestled an invisible female personality named Christal who sought dominion over his male self.

Christal birthed when he was a little boy twirling in a purple chiffon evening dress that Grandma Mamy had sewn for him. That kid saw the approval in Grandma’s eyes and compliments—something he so longed for from his own parents. By age 6, Heyer lay in bed wondering what it would be like as a girl. Grandma Mamy’s private fashion show “planted that seed” in him, then sexual abuse from his uncle twisted young Heyer’s mind further. The more pain he felt, the more he retreated into an imaginary world, where he fantasized about white gowns and motherhood.

‘Being a girl was where I got the adulation, all the things I desired. I felt loved, cared for. … People don’t realize how powerful that is, what an influence it has on young people.’

Gradually, that fantasy became an obsession: “Being a girl was where I got the adulation, all the things I desired. I felt loved, cared for. … People don’t realize how powerful that is, what an influence it has on young people.”

He soon began cross-dressing in private, borrowing his mother’s clothes and even digging up blouses from his neighbors’ trash. The more he dressed as a girl, the more he wished he were female. That impossible wish seemed possible when Christine Jorgensen—the first transgender celebrity in America—splashed across headlines and TV screens. For the first time Heyer, then 15, found his label as a transgender: “Wow, that’s me! This is so cool; this is who I am!” 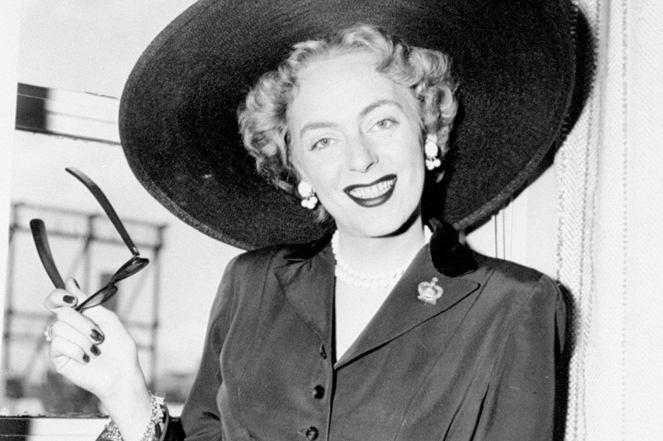 Six years later, Heyer became engaged to a woman (many transgenders are not homosexual). One day, he invited her to his apartment, then walked out of his bedroom wearing a red skirt and blouse. His young fiancée cocked an eyebrow and said, “We’ll work through it.”

Heyer married in 1962, hoping marriage would “fix” his issue, whatever it was. It didn’t. He and his wife had a daughter and a son, but that didn’t cure him either. He soon began drinking harder and frequenting transvestite-friendly bars in full feminine getup. Someone at a bar referred Heyer to Paul Walker, a psychologist and founding president of an organization now known as the World Professional Association for Transgender Health (WPATH). A mere three sessions later, Walker diagnosed Heyer with gender dysphoria and recommended surgery.

Heyer sneaked up to Colorado for the operation with world-renowned sex-change surgeon Stanley Biber. But the day before surgery, he panicked and backed out. Heyer then confessed to his wife what he had almost done. It was a cry for help, but his wife, fed up, filed for divorce. Heyer’s daughter stopped talking to him, while his confused teenage son continued to meet him but one day blurted: “I wish you had cancer. At least then I can tell people what’s wrong with you.”

By then Christal, the little girl in young Heyer’s head, had morphed into Andrea, who wasn’t content with cross-dressing. She wanted surgery.

A year after his divorce, Heyer once again gained approval from Walker to undergo sex-reassignment surgery. This time, he went through with it. He’d already lost his family—what more did he have to lose?

He slid back into drinking, and each night, he cried himself to sleep, deeply depressed, suicidal, and isolated. Then one day in 1985, a Christian counselor connected Heyer to a pastor’s family willing to try to help him.

Heyer wore a snug red sweater, bright red lipstick, and matching nail polish the day he knocked on the door of Roy and Bonita Thompson’s house in Pleasanton, Calif. “Well, this is obviously going to be interesting,” Roy Thompson remembers thinking, but Heyer stayed nine months and won the entire family with his kindness and quirky humor. 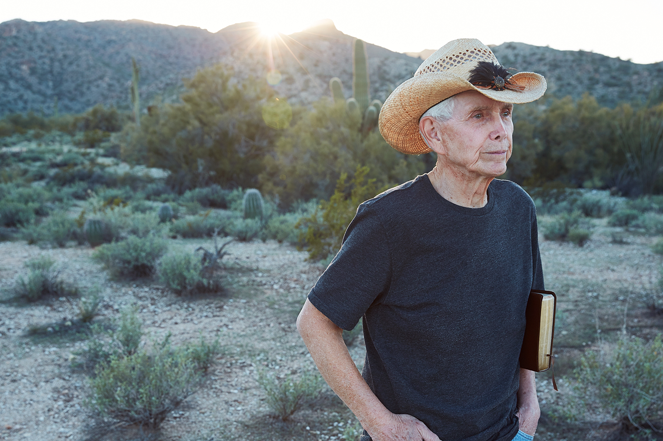 Meanwhile, Heyer’s two selves warred inside him. The Thompsons never knew who would walk out of the bedroom each day—Walt or Laura—and constantly mixed up the pronouns. One Fuller Seminary–trained counselor, flummoxed by Heyer’s gender flip-flopping, advised him “to curse Walt and bless Laura.” Another therapist assured Heyer that surgery had been the right treatment for him. Just give it time, she advised.

Nobody knew how to help, but some knew God could. A pastor and two staff women of Central Peninsula Church in Foster City, Calif., gathered a team of about 30 people who committed to loving Heyer through prayers and financial support. In return, Heyer wrote his support team weekly prayer letters detailing his struggles. Heyer’s life soon revolved around church, AA meetings, and work.

The day Heyer decided to return to church as Walt, the pastor invited Heyer onstage to testify. The entire congregation stood up and applauded. “It was spellbinding,” recalled Pat Portman, the woman who connected Heyer to his support team. “It was the story of a broken, broken, broken life redeemed by God Almighty.”

Detransitioning to Walt was messy, but Heyer received multiple confirmations that he had made the right choice. Walker, the therapist who had approved his surgery, wrote Heyer an apology: “In approving sex reassignment surgery, I had seen too many cases of post-surgical regret. ... I assure you that I share, as best I can, some of your pain that this mistake has caused you.” That singular word—“mistake”—shook Heyer to his core.

Later, multiple therapists diagnosed Heyer as having dissociative disorder—also known as multiple personality disorder, characterized by disconnection from one’s identity as a defense mechanism against psychological trauma. A flood of emotions besieged him: He was livid, then crushed, then gasping from panic attacks. But slowly, he made the steps to recover: He quit his job, temporarily moved back with the Thompsons, and daily met with a psychotherapist who specialized in dissociative disorders.

Once, as his psychotherapist prayed out loud for him, Heyer saw a vision of a white-robed Jesus scooping him up into His arms and saying, “You are now safe with me forever.” Heyer pinpoints that moment as his turning point. 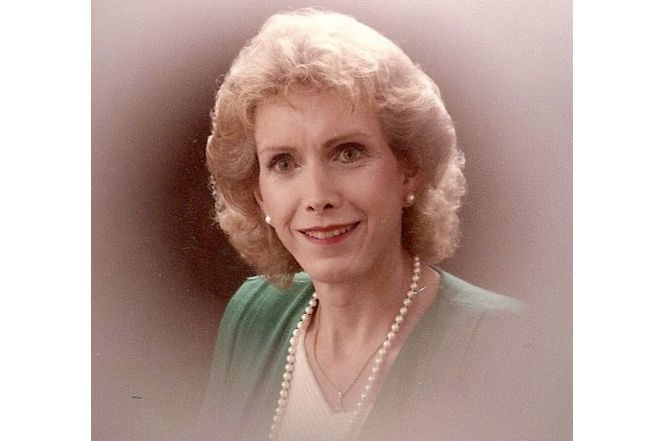 Today, Heyer’s birth records once again identify him as Walt Heyer, male. He no longer cross-dresses or drinks. He even met a tech geek named Kaycee who in 1997 became his second wife. After months of friendship, Heyer asked Kaycee whether she minded that he had a broken body. She said, “Everybody’s broken. You’re just broken on the outside, Walt.”

But some things cannot be restored. Even now, Heyer breaks down into tears when he remembers his family. “I was so selfish to my ex-wife and kids,” he said, then paused to control his spilling tears. “I would give ... I would give anything. Anything to change that.”

Heyer watched the public fawning over Bruce Jenner’s transition to Caitlyn with horror and grief: “The media is lying through their teeth, glorifying it, glamorizing it. Not one word of caution, not one word about the prevalence of suicide among transgenders!” He knew from experience how such publicity can affect young minds.

Now 76, Heyer will never need a razor or get his male organs back, but he acts and looks like a man, and spreading awareness about transgender regret has become his full-time job. He has written books and articles and spoken at churches, universities, and conferences, and he runs a website, sexchangeregret.com.

He knows he is fighting a powerful, well-funded LGBT narrative, but he also knows he’s not alone: He says he’s received thousands of “heart-wrenching, desperate” emails from people who also regret having sex-change surgery. “God has prepared me to speak out at this time for this purpose,” he said. “No matter how painful it’s been, I’m serving God in this way.” —Sophia Lee

–Also in this series on transgenderism: “Suffer the children” / “Sounding the alarm”