In spite of repression and reprisals, many Russians are gaining confidence to speak out against President Putin and the war in Ukraine

She is afraid for her psychological health. Every day she watches Russian television, where they scare her with threats of nuclear war, then with the Nazis, which they claim the Russian army is fighting in Ukraine. At the same time, she watches videos on the internet, where a completely different point of view prevails. She sees destroyed cities there, explosions in residential areas of cities, bombings of civilians, and desperate resistance by Ukrainian ­soldiers.

Internet sources claim that mass graves are being dug in a closed cemetery in Belarus bordering Ukraine and trucks full of dead Russian soldiers are being transported there for burial. All this plunges her into fear and despondency. She’s already confused. She doesn’t know whom to believe.

She is afraid that she will be stopped on the street and the police will check to see what videos she has on her phone. The other day she saw police stopping young people on the street and checking their phones.

“There is a rush in the stores. Huge queues, like in Soviet times. People are buying up everything. Everyone is afraid of hunger. No one knows yet what bad times are waiting for us. I myself witnessed how people fought in the store for sugar—stores only sell a limited amount per person.

“The Moscow Currency Exchange has not been working for three weeks, and the Russian authorities are afraid to open it. They are afraid that the ruble will sharply devalue, and we will all fall into the economic abyss. Then we would face even more unprecedented price increases for goods and services.

“Until recently, we lived quietly and did not believe that all this would come down on us. How we will live I do not know. But it is already obvious that we have been thrown back 30 years. Almost everyone’s business has stopped. Everything we worked on collapsed overnight because of the sanctions we received for attacking Ukraine. And we have big doubts that we will get out of this pit soon.” 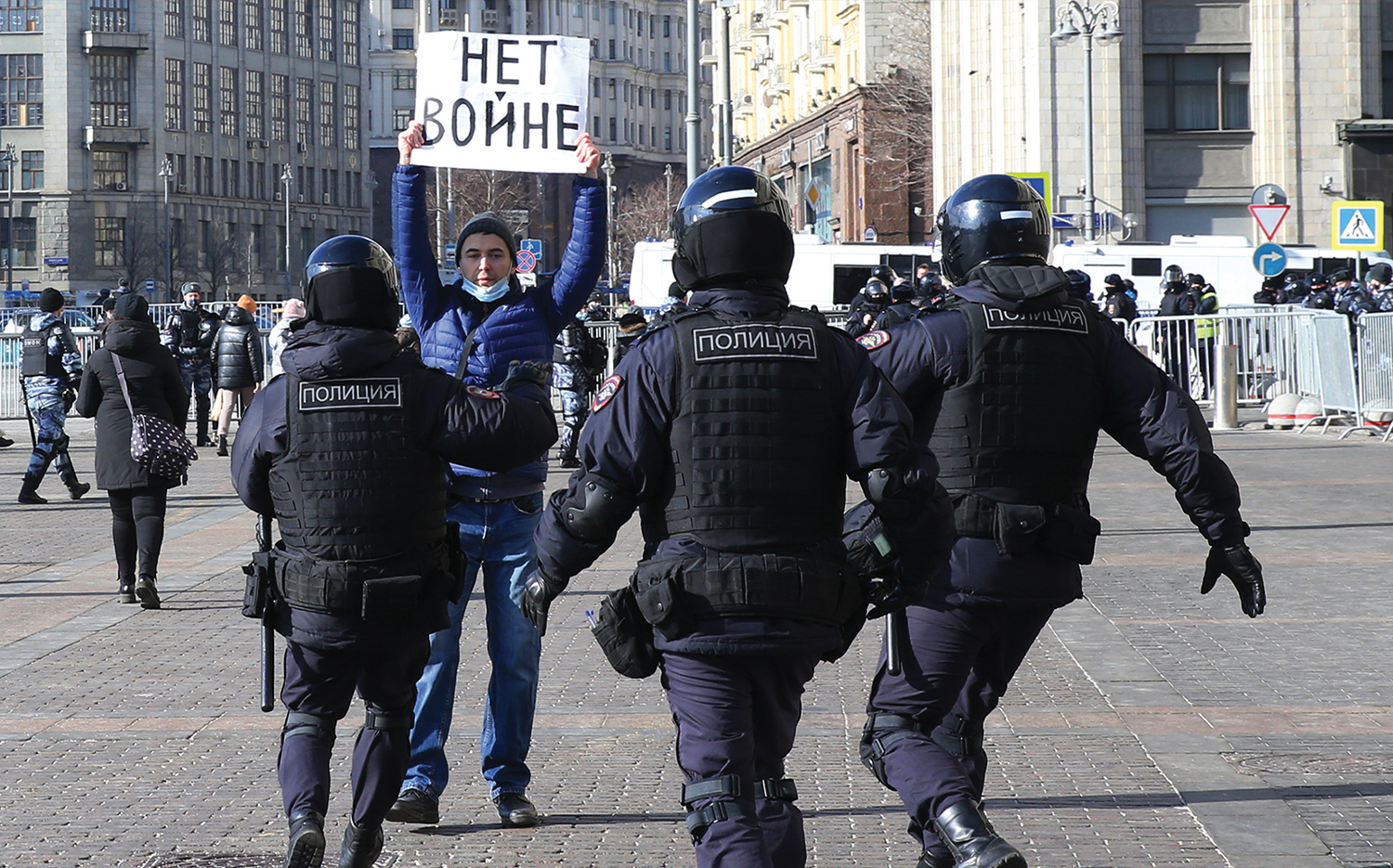 “I am a mother of three children, and now I feel fear and wonder how it is possible to bring the country to this. The cost of baby food has gone up seven to 10 times. Diapers just disappeared from stores. The prices of goods in the store are growing every day. The pharmacy does not have the necessary medicines.

“It’s all a mockery of the president’s statement: ‘that everything is going according to plan, and we are in control of the situation.’”

“At the airport before flying to Dubai, we were literally interrogated: ‘Why were we flying? When would we return?’ And so on. This has never happened before. Ticket prices were rising right before our eyes, and someone really didn’t want citizens to leave the country.

“At the beginning of the war, people began fleeing Russia however they could. I had to buy a return ticket just to show it to the border guards who did not want to let me out of Russia.”

A day later, she declared to the whole country: “What is happening in Ukraine now is aggression! And this aggression is on the conscience of one person—Vladimir Putin. Russia must immediately stop this fratricidal war.”

Unfortunately, in recent years she worked on Channel One and was engaged in Kremlin propaganda. “And I am very ashamed of it now,” she said. “It’s a shame that I allowed myself to tell lies from the TV screen.

“Well-known journalists and announcers who have worked on TV channels for many years have started to leave Russian television en masse because they refuse to lie and misinform the population, even though since the beginning of the war on Feb. 24, many TV announcers have had their salaries increased by 150% so that they broadcast, to put it mildly, dubious information.” 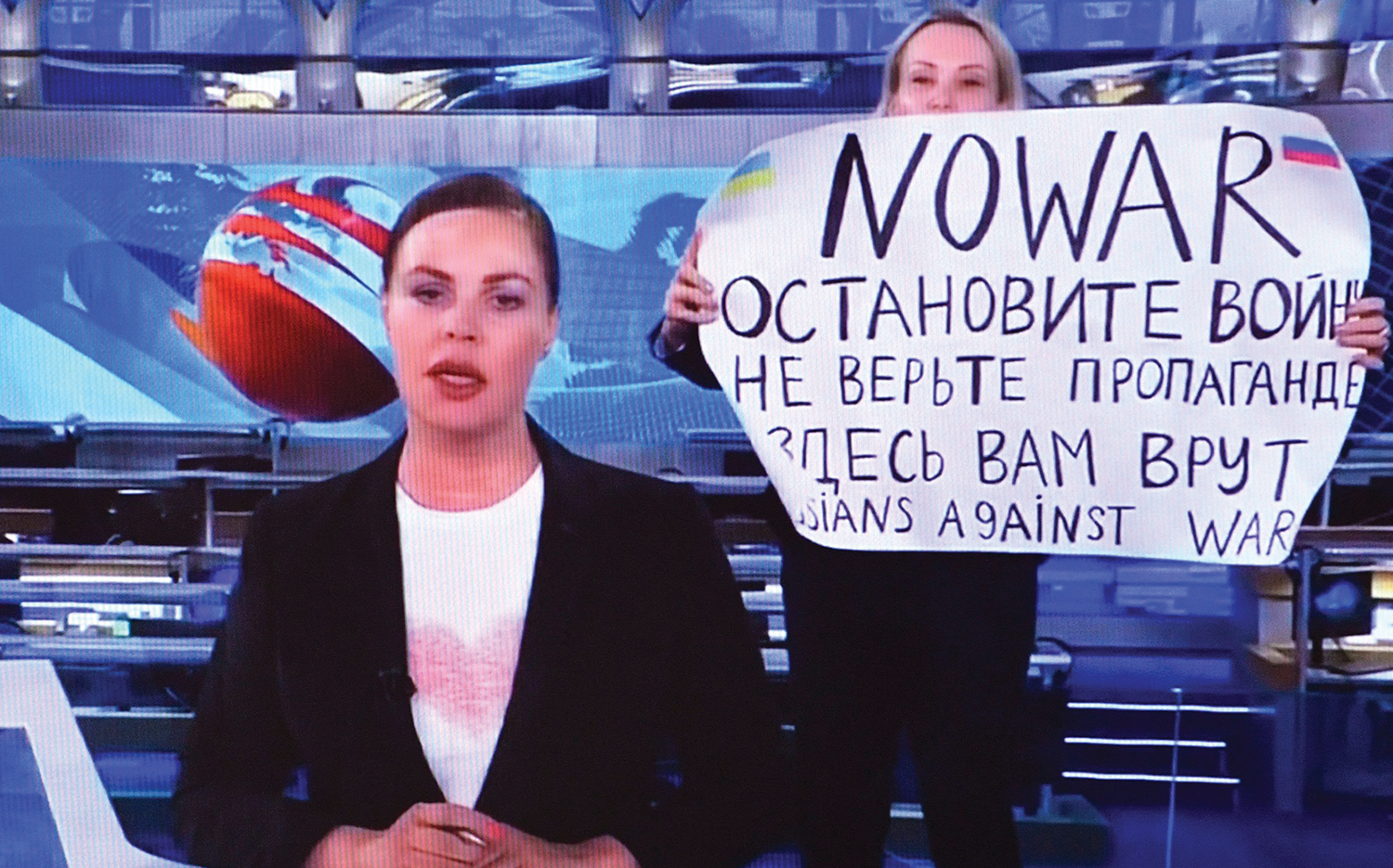 “As soon as I felt that the Iron Curtain was coming down and our country would be thrown back for decades due to economic sanctions, I tried to leave Russia, but it was no longer possible to do so in Europe. One of the few possible destinations is Istanbul, but when we arrived here, we found that we could not pay with our credit cards, we could not book a hotel, we could not withdraw cash. We fell into this trap, as did thousands of Russian citizens who flew here.

“Just recently, the Turkish authorities decided not to sell tickets to third countries to Russian citizens. That is, either you return to Russia, or you stay here. But in my opinion, there are few people who want to return to Russia now, because the prospects for a peaceful, prosperous, free life in Russia are still zero.”

“Overnight, we Russians turned into villains and outcasts. It’s as if all Russians have been involved in this military aggression. The Russian people don’t want war. I live in Europe, and when people find out I am Russian, I have to immediately say that I am against the war. Don’t blame the Russian people for this. I don’t know a single Russian who would choose this war.

“Yes, we have a powerful government (which, however, we did not choose—the presidential elections of Russia were completely falsified). Still, we bear some of the responsibility for Russian troops fighting in Ukraine.

“Here in Poland, people sympathize with both Ukrainians and Russians because they understand this grief, this suffering of two peoples. Innocent civilians suffer from the war and its consequences, first of all, of course, in Ukraine.

“I remember another story when I was browsing internet resources banned in Russia, when an elderly man getting out of his car was asked, ‘What do you think about the war that Russia started?’ And he cried when he heard the question. He couldn’t answer anything. He just cried and cried. And through his sobbing and crying, one could hear: ‘Damn this Putin!’”

—Evgeny Kosykh is a Russian cab driver who lives in Krakow, Poland