Virginia to Vietnam and back again

Lying near a creek bank in Vietnam, Pfc. David Harker, 22, thought he was about to die.

In 1968, while patrolling in the Hiep Duc Valley of Quang Nam province just south of Da Nang, Harker and about 15 other U.S. infantrymen volunteered to search for North Vietnamese Army (NVA) soldiers who had fired at their unit’s supply helicopter. While crossing a river, Harker heard a mortar shell slide down its tube and realized they were under attack. Mortar fire drove the patrol into an ambush. Harker and five others made it to cover behind the creek bank, but a rice paddy devoid of cover separated them from their unit.

Watching NVA soldiers advance, Harker remembered a verse that calmed him: “To live is Christ; to die is gain.”

Born in Lynchburg, Va., to Christian parents, Harker played football and baseball growing up and attended Virginia Tech. During a semester off from college, he came home from work at a paper mill to a draft notice. Harker had no strong feelings about the United States’ involvement in the Vietnam War but soon boarded a plane to Vietnam. He had been in country for a few months before the ambush with D company, 3rd Battalion, 21st Infantry Regiment of the 196th Infantry Brigade.

Over several hours, the NVA troops closed in and killed or captured all six men except one who played dead and escaped (the NVA were more interested in taking his watch than his pulse, he told Harker later). Harker tried to bury his M16 rifle in the creek to keep the enemy from using it, and while NVA soldiers searched the battlefield for unused ammunition, he attacked his guard. The officer stabbed Harker with his bayonet, but Harker grabbed the man’s pistol and fired it—only to find there wasn’t a round in the chamber. “When I looked up, it looked like the whole North Vietnamese Army was standing there,” Harker said.

They marched Harker and the others to a prison camp in the jungle, surrounded by sharpened bamboo spikes to prevent escape. Harker sang hymns on the march to keep his spirits up—“Blessed assurance, Jesus is mine.” In the camp, guards counted the prisoners every 30 minutes. Healthy prisoners marched under guard to gather manioc root to supplement their rice rations.

Shortly before Christmas, the Vietnamese interpreter the captives called Mr. Home brought a little green Gideon New Testament the NVA had taken from a captured or killed American soldier. He told the men they could choose some words from the book to celebrate their holiday. He forgot to retrieve the New Testament, so Harker hid it in the thatch roof and read it often. “There were no distractions, no telephone, no taxes to pay or family to take care of,” Harker said. He looked up the reference of the verse that had calmed him before his capture: Philippians 1:21.

With little medical care, malaria, and infected wounds, many prisoners died. Denny Hammond, a formerly vibrant young man Harker called a “Marine’s Marine,” was sick and hardly able to leave his bamboo bed when he asked Harker to tell him about his Christian faith. They went down near the latrine where the guards wouldn’t come, and Harker walked him through the plan of salvation included at the back of every Gideon testament: God loves you, all are sinners, God’s remedy for sin. “He said, ‘David, I believe what you’re telling me,’ and so I prayed with him,” Harker said. Hammond died three days later. 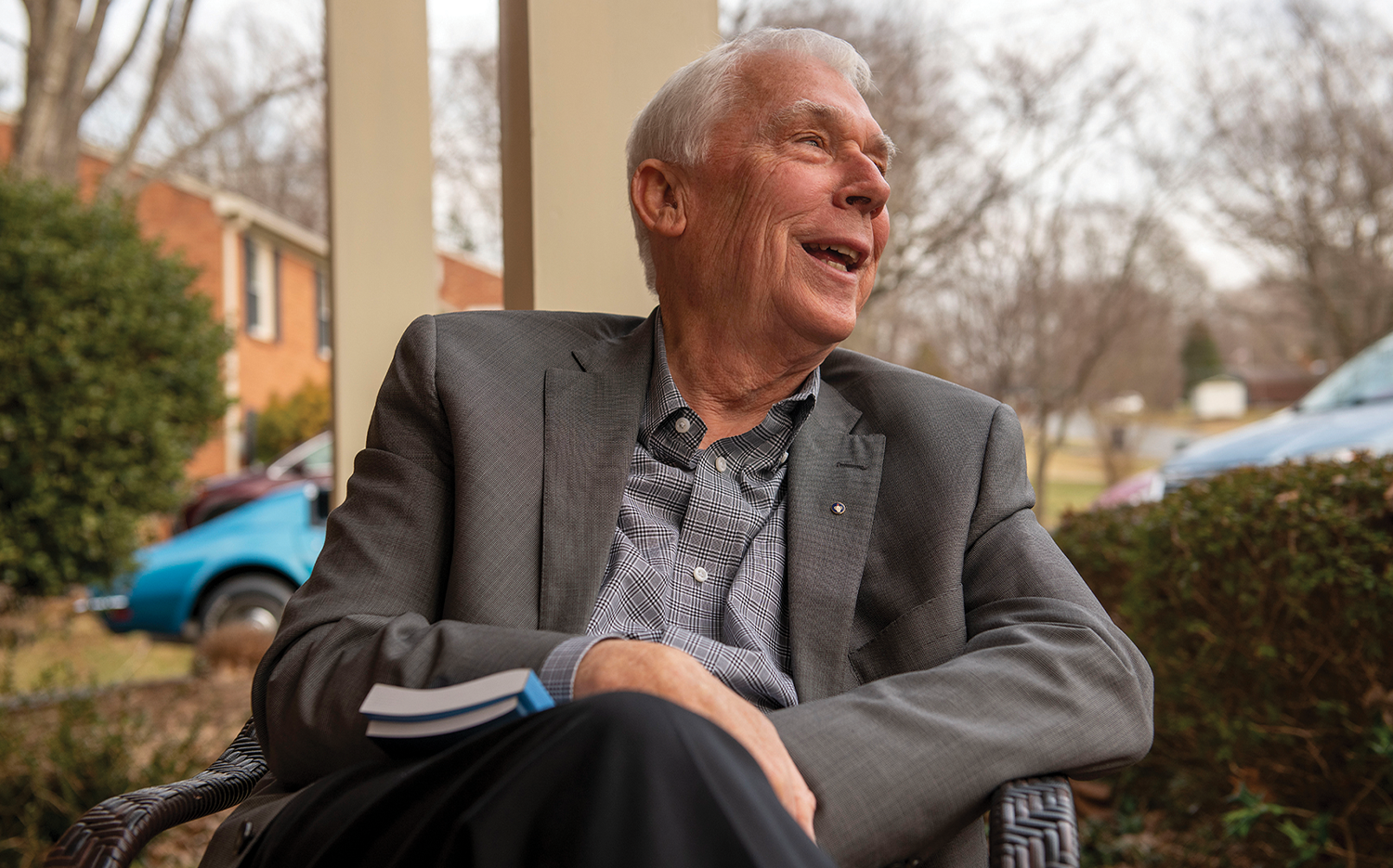 After five years and two months in POW camps, including the infamous “Hanoi Hilton” in North Vietnam, Harker was released in 1973 when the war ended. He returned to Virginia, finished college, married his high-school sweetheart, worked as a parole officer, and raised two children.

About 14 years ago, he joined the Gideons International, a group of Christian men who distribute Bibles like the testament Harker had in Vietnam. He has distributed Bibles and New Testaments on college campuses and at fairgrounds and placed them in the nightstands of a Lynchburg hotel. Four years ago, he met in Florida with six men he’d been with in the jungle POW camps and gave each a Gideon Bible.

“My love for [God] has grown so much over the years, and that experience in Vietnam tempered it,” Harker said. “God’s blessed me, and I continue serving.”

Esther formerly reported on politics for WORLD from Washington. She is a World Journalism Institute and Liberty University graduate and enjoys bringing her parakeets on reporting trips.