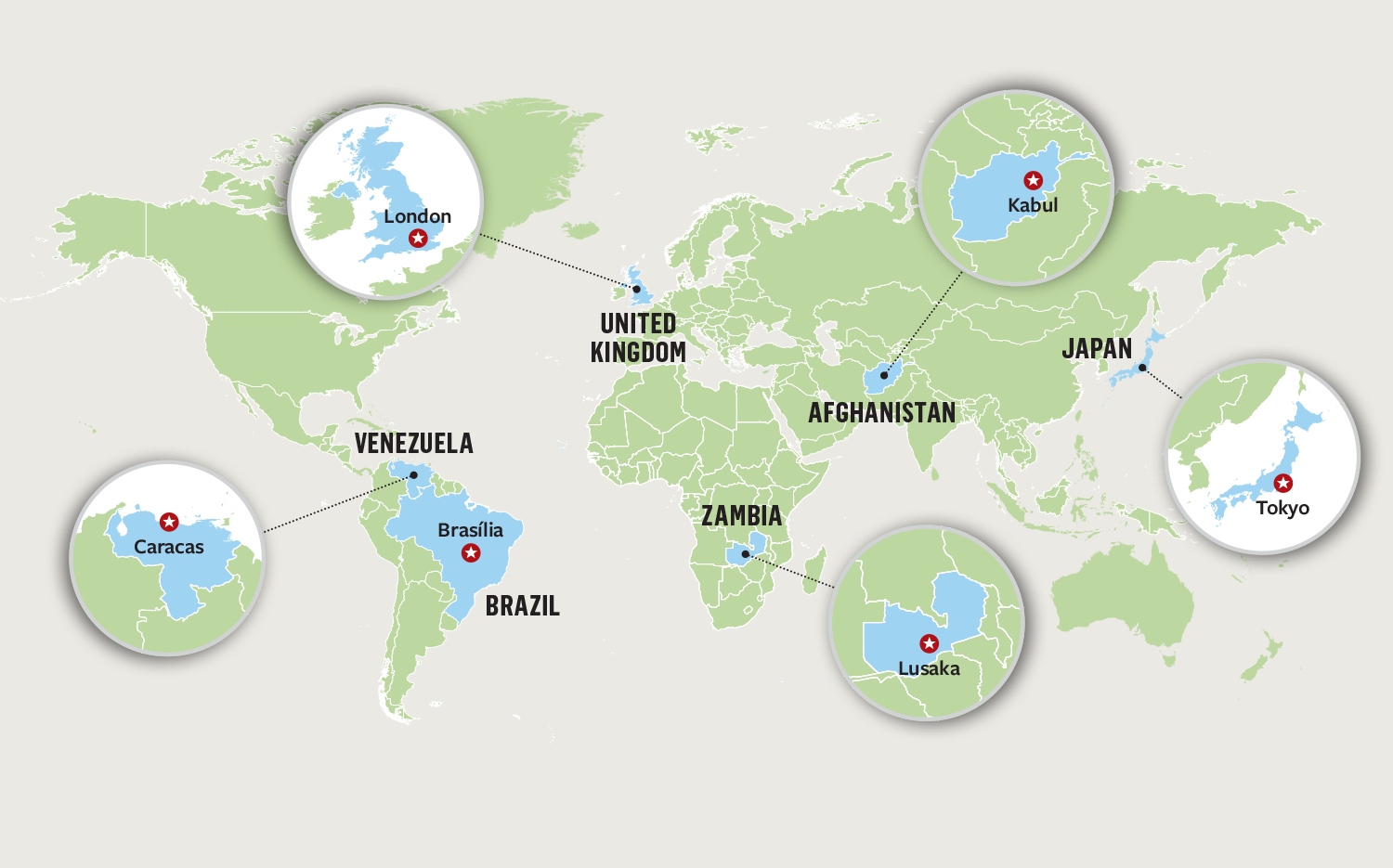 On Jan. 5, the National Assembly ousted Juan Guaidó as acting president, marking the end of a four-year, unsuccessful attempt to unseat socialist President Nicolás Maduro from power. The legislature replaced Guaidó’s interim government with a committee to oversee presidential primaries scheduled for next year and protect the nation’s assets abroad, worth billions of dollars. A late 2022 poll found only 6 percent of Venezuelans saying they would vote for Guaidó. The United States had previously supported Guaidó but for now will not recognize anyone as legitimate president of Venezuela. —Emma Freire 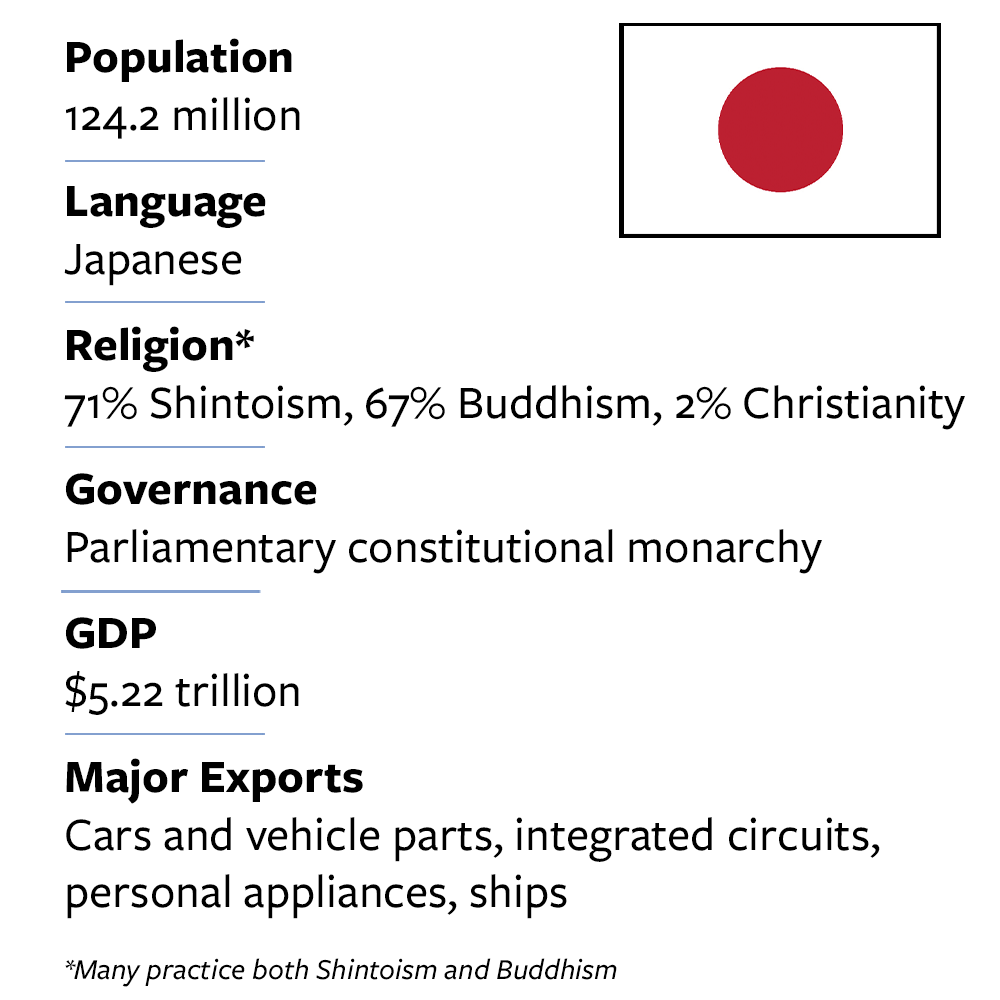 The government is set to offer families up to 1 million yen ($7,580) per child to relocate from the Tokyo metropolitan area. An increase from the 300,000 yen ­previously offered, the new amount is in addition to the maximum 3 million yen in base support for relocating families. The financial incentives are part of efforts to reduce population concentration in the ­capital and repopulate towns and villages. They will be implemented in the fiscal year starting in April. To receive the payment, families must reside for at least five years while employed in a municipality participating in the relocation program. If they move out before fulfilling the residency requirement, they must return the money. A relocating couple with two children under 18 could receive up to 5 million yen. About 36 million people live in the greater Tokyo area, which spans nearly 5,200 square miles, giving it a population density of approximately 6,900 Tokyoites per square mile. —Joyce Wu 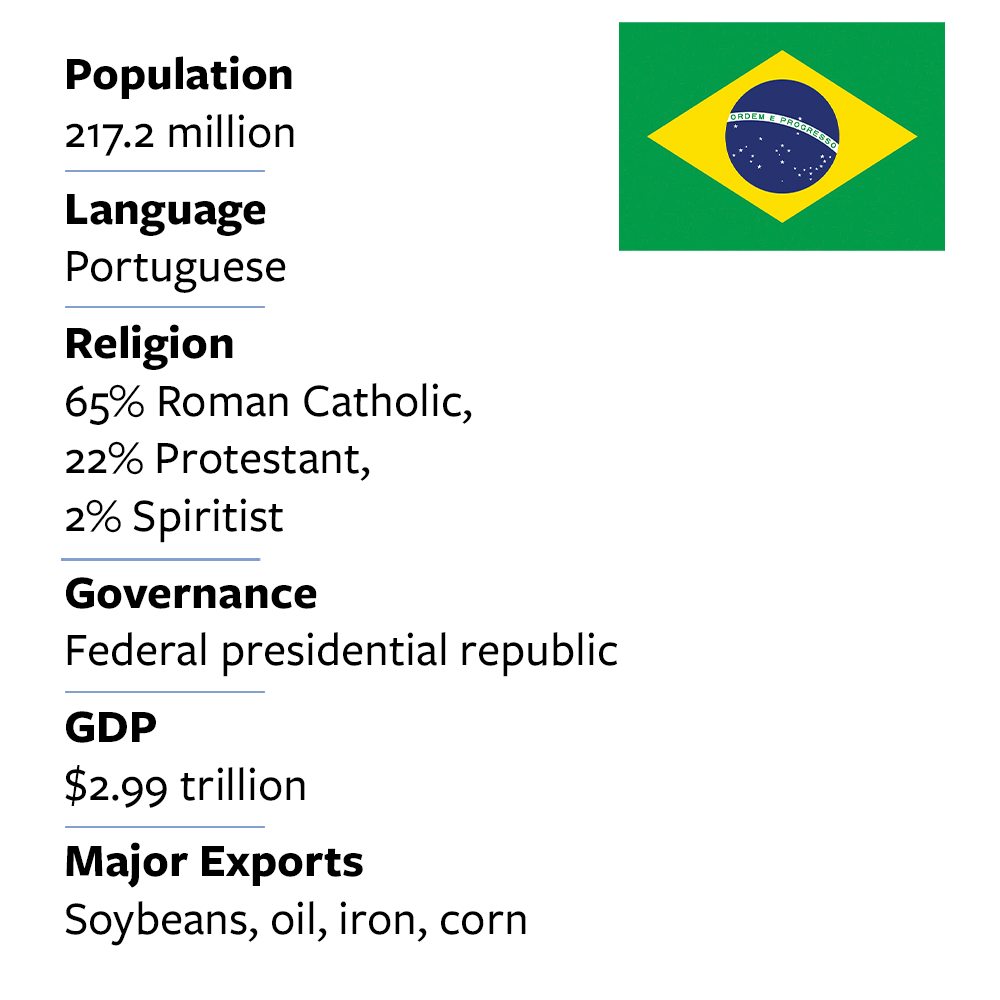 On Jan. 8 supporters of ­former Brazilian President Jair Bolsonaro stormed government buildings in the capital of Brasília. The rioters claimed the recent ­presidential election—in which Bolsonaro lost to Luiz Inácio “Lula” da Silva—was fraudulent. Entering the Brazilian Supreme Court, Congress, and presidential residence, protesters broke windows and furniture, set carpets on fire, and stole artwork. Lula, who was visiting another state at the time, blamed Bolsonaro for the vandalism. Lula also accused Brasília police of acting with “incompetence, bad faith or malice” for failing to stop protesters from breaching government buildings. The Brazilian Supreme Court removed Brasília’s governor from his post for 90 days as a result of the incident. —Emma Friere 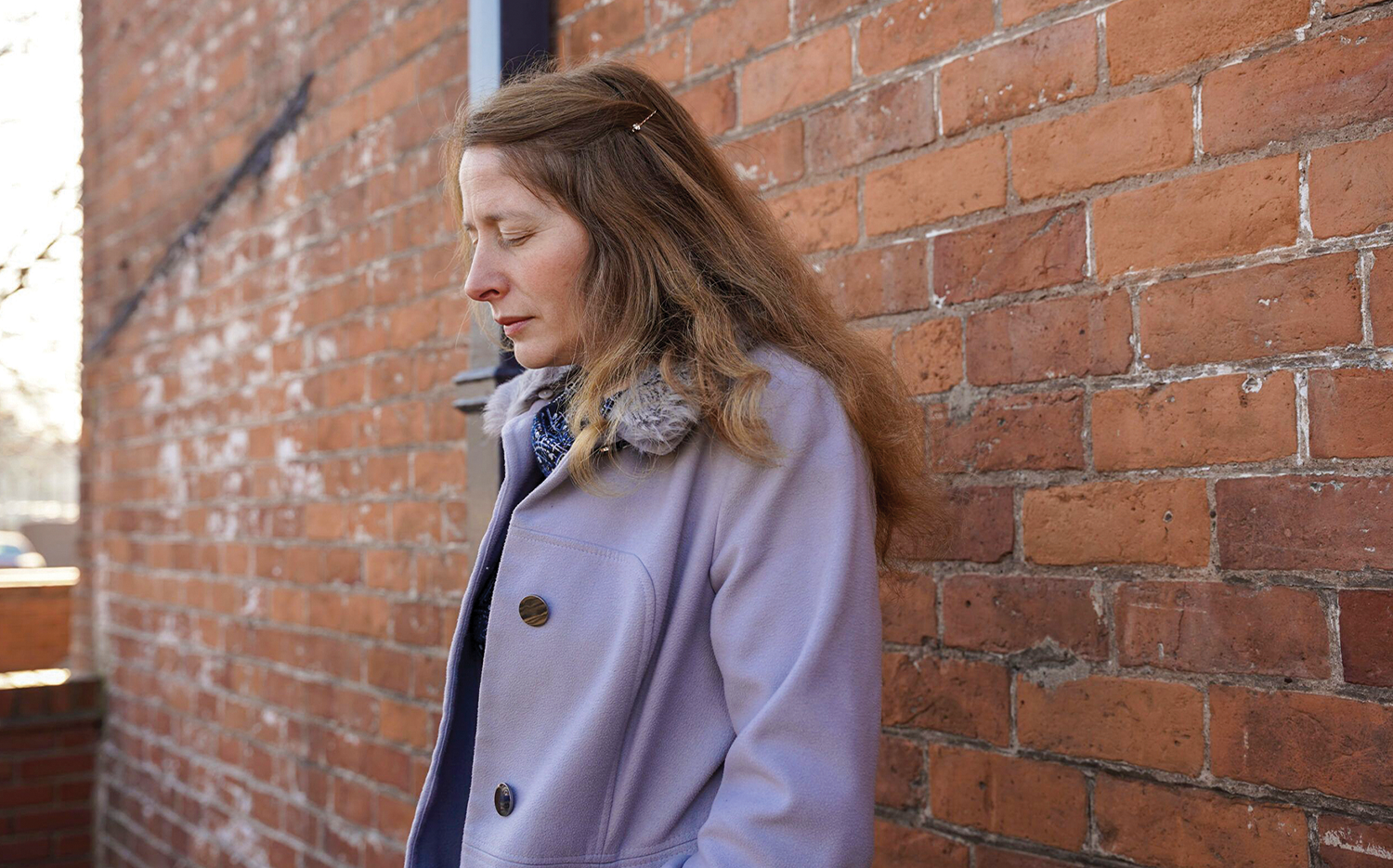 Police arrested Isabel Vaughan-Spruce, 45, in Birmingham, England, last month simply because she may have been praying silently outside a closed abortion facility. Authorities charged her on Dec. 15 with four counts of breaking a recently passed local ordinance that prohibits behaviors like protests, prayer, or counseling near the Birmingham facility. While arresting her, police searched her, confiscated tissues from her pockets, and questioned her about her specific thoughts. She was later released on bail and will appear before Birmingham magistrates on Feb. 2. The U.K. is considering national buffer zones around all abortion facilities. —Amy Lewis 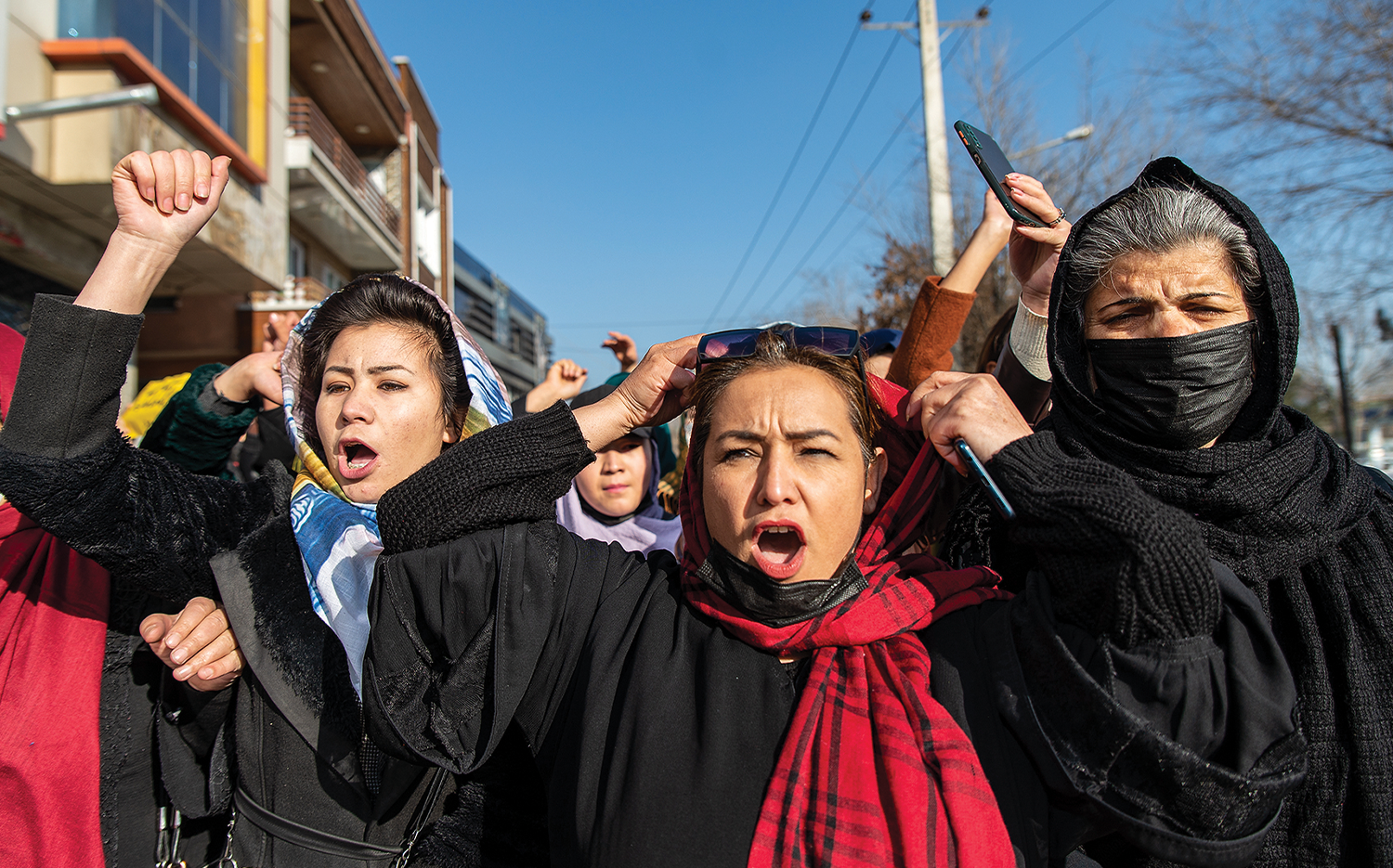 The Taliban on Dec. 20 banned female attendance at universities, sparking international outrage and fears of a new wave of radical legislation. Days later, Taliban authorities suspended female employment at nongovernmental organizations, citing dress code violations. The order could lead to a wave of closures preventing millions of Afghans from accessing vital aid, according to U.S. Secretary of State Antony Blinken. The Taliban has gradually erased the rights of women and girls since it returned to power in 2021, and most provinces have blocked female access to parks, gyms, and secondary schools. —Jill Nelson 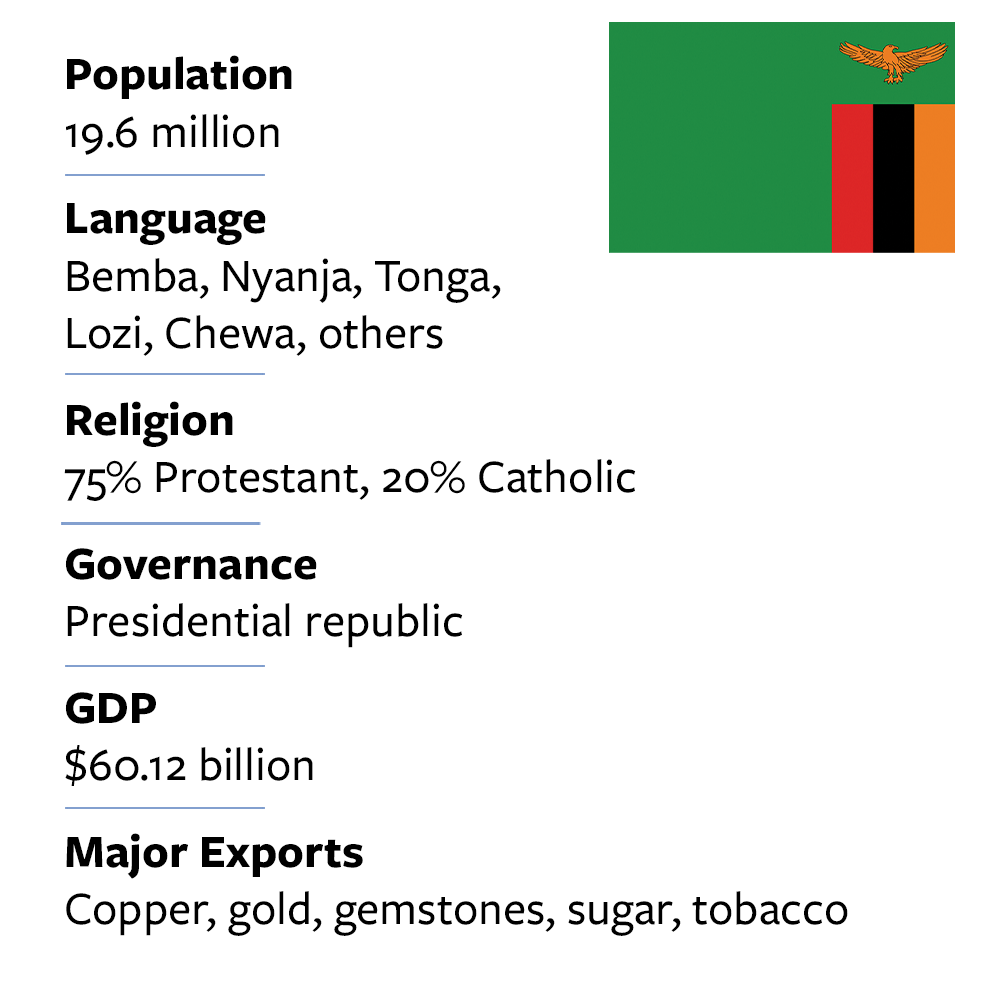 Fulfilling a campaign pledge, President Hakainde Hichilema on Dec. 23 signed a bill abolishing the death penalty. Hichilema had already commuted the sentences of 30 death-row prisoners last May, when he originally submitted the bill to parliament. Zambia’s last execution took place in January 1997. The United Nations welcomed the move as “a historic milestone,” and the new law makes Zambia the 25th African country to repeal the death penalty. The Central African nation of Equatorial Guinea similarly abolished the death penalty in September. Zambia’s legal changes also scrapped the crime of criminal defamation against the president, which carried a maximum three-year sentence. —Onize Ohikere