A Christian doctor in Japan knows his life is under scrutiny

The first time Dr. Nomura Takuyuki decided to put on a Christmas meeting at his 19-bed hospital 20 years ago, he feared what others would think of him and if it would hurt his business. Christians make up only 1 percent of Japan’s population, and most Christians stay quiet about their faith in a society where social cohesion trumps all.

But today business is booming, and about 100 patients, staff, and pharmaceutical representatives fill up his clinic for his now-annual Christian event complete with a turkey dinner, Christmas carol singing, a short gospel message by Nomura, and a traditional kamishibai or paper play that uses illustrated boards in a miniature stage to tell a story (see “New light in winter,” Jan. 21). Over the years, the event’s emcee has come to profess Christ, as have a few of the attendees.

Nomura’s reputation as a Christian doctor precedes him, and his faith is obvious to anyone who steps into his hospital. In the waiting room, a painting of Joseph and his multicolored coat, posters for events at local churches, and a stack of free Gideon Bibles greet patients. Nomura’s faith is also apparent in his work. While most doctors open their doors at 9 a.m., Nomura is at the hospital at 7 a.m. making the rounds with his patients before spending time reading his Bible and praying for his family, the local Bible college, and his patients.

He sees about 100 patients a day on average. Some patients refuse to get counseling due to the stigma around mental illness, but are willing to speak with Nomura about their problems. He often invites them to come in after his office closes at night if they need to continue talking. 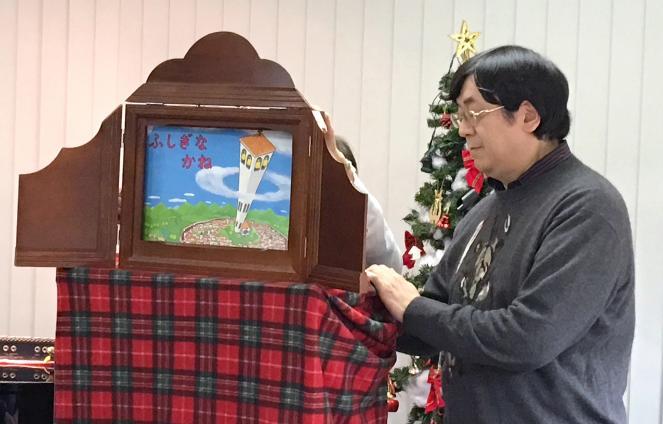 Nomura’s journey to becoming both a Christian and a doctor was unlikely. He grew up in poverty near the coal mines of Yubari, Hokkaido, a once-booming city known as the capital of coal. Yet from its peak of 120,000 people in 1960, today the city has less than 10,000 residents as the mines have all closed and the city went bankrupt in 2007. Nomura’s former high school closed due to a nearly nonexistent birthrate; the city is currently the oldest in Japan—and probably the world—with a median age of 57 in 2010. Nomura says he no longer has a home to return to as everyone he knew from his hometown has either died or moved away.

Nomura first heard of Christianity from an Overseas Missionary Fellowship missionary who gave him a $1 Bible, and he professed Christ at 19. When Nomura’s father found out, he was furious, kicking him out of his home and beating him severely. Nomura remembers his mother looking into his eyes and saying the heartbreaking words: “You aren’t my child.”

They were upset because, as the eldest son in the family, it was Nomura’s job to take care of the kamidana, a miniature household altar to worship ancestors, after his father died. Yet as a new Christian, Nomura knew that he couldn’t worship any other gods. Even his wife was against his new religion, and as a poor medical student juggling part-time work and a young family, he would walk an hour to church and place a measly 40 cents into the offering plate, praying for the day that he could give a thousand times more.

Over time his wife came to profess faith and now teaches at their church’s Sunday school. His mother also professed faith, and three days before Nomura’s dad died in 1985, he also accepted Christ. When asked what to do about the kamidana, his father said to throw it away since they no longer needed it. His father wanted a Christian funeral—rather than a traditional Buddhist ceremony—and as a result two of his brothers refused to come. 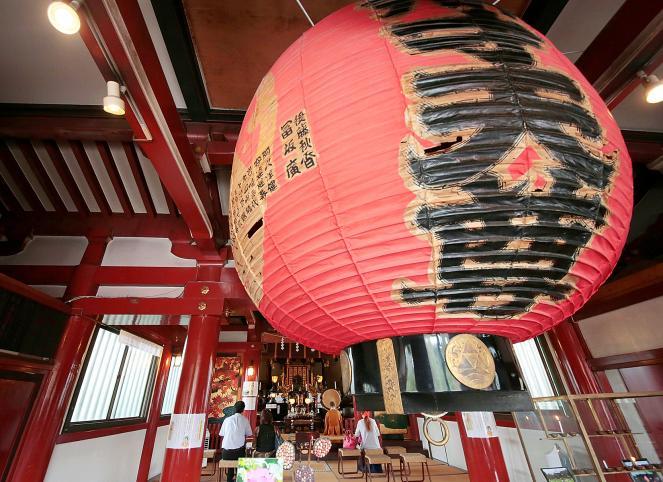 Nomura noted that others are watching how he, an openly Christian doctor, and the other Christians working in his office act. Many Japanese have never met a Christian and are suspicious of foreign religions, especially after the 1995 sarin gas attack on Tokyo subway lines by the Aum Shinrikyo cult. Teachers instruct students not to accept religious tracts passed out on the streets and to remain wary of anyone trying to convince them to join a religion. So Nomura’s actions and words are under scrutiny to prove that “being Christian is OK.”

Nomura gushed about his excitement that his two sons are Christians—one followed in his footsteps to become a doctor, while the other is in seminary.

He continues to see his job as part of his worship: “God gave me this clinic. It’s not by my own works, so I need to use it for God. I need to do a good job treating each patient. … What God has given me I need to look after and use.”