The Mystery of the Monarchs

For years, scientists were puzzled about what happened to monarch butterflies: Each fall the majestic creatures would disappear but then reappear in the spring. Entomologist Fred Urquhart set out to solve the mystery by tagging butterflies—lots and lots of them. His plea for help led to a network of teachers, children, and citizen scientists helping tag monarchs all across North America. Their efforts in time uncovered the monarchs’ mystery hiding place. Erika Meza’s beautiful illustrations and Rosenstock’s informative endnotes complete this delightful picture book. (Ages 4-8)

When Kate Walker’s husband accepted a keeper’s job on an isolated lighthouse in New York Bay, she wondered how she would live without grass, flowers, and friends. But as the years passed, she embraced the rhythm of her unique life and shared in her husband’s work. When tragedy struck, Kate honored her husband’s parting request to “Mind the light” and eventually became one of the first women on the Eastern Seaboard to manage an offshore lighthouse. Emily Arnold McCully’s ink and watercolor illustrations capture the beauty and sacrifice of this true story. (Ages 5-9)

During the 1600s when published books were scarce and women authors scarcer, Anne Bradstreet emerged as the American colonies’ first published poet. Even as she put pen to paper writing poems that ranged from praises to God to passages about politics, Bradstreet faithfully served her husband and shepherded her children. Tania Rex’s muted illustrations reflect Bradstreet’s stoic and simple Puritan lifestyle. Although the book’s text does not incorporate examples of Bradstreet’s poetry, it may pique young readers’ interest in her writings. (Ages 5-8)

The Eye That Never Sleeps

In 1860, rumors swirled that secessionists were planning to sabotage the nation’s railroad lines. In an effort to protect its assets, the Philadelphia, Wilmington, and Baltimore Railroad hired detective Allan Pinkerton to foil any such attacks, but Pinkerton soon uncovered a much more sinister plot aimed at assassinating President-elect Abraham Lincoln as he traveled to Washington for his swearing-in ceremony. Jeremy Holmes’ digitally rendered illustrations energetically and creatively reveal how Pinkerton outwitted the bad guys to save Lincoln. (Ages 7-10) 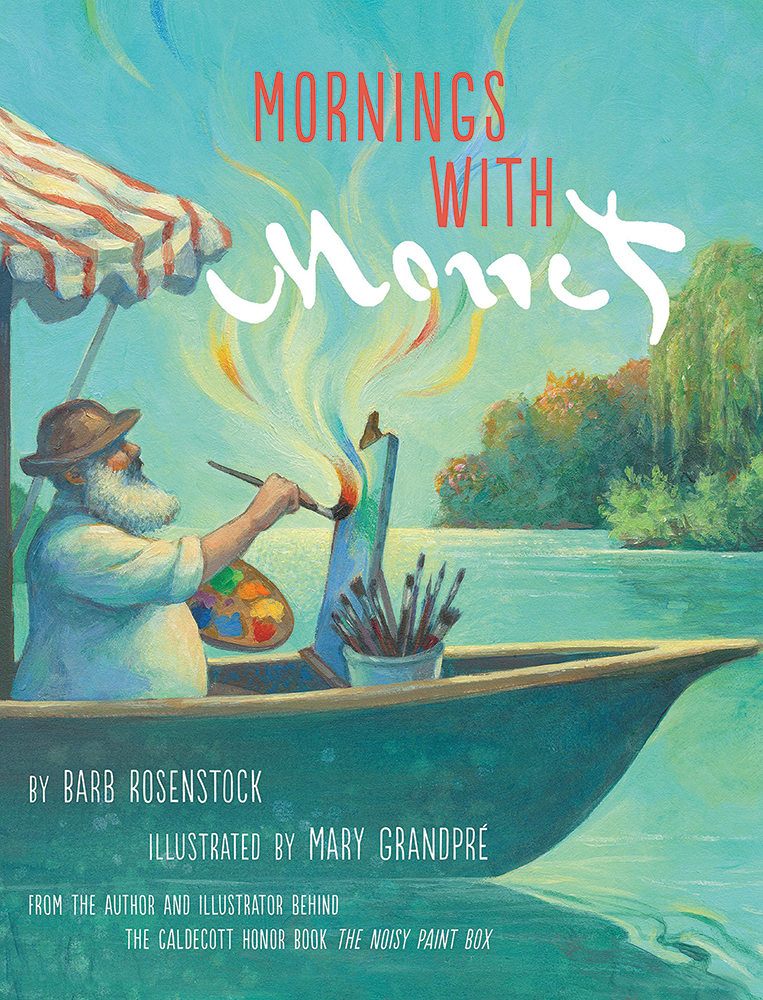 Barb Rosenstock’s Mornings With Monet follows impressionist painter Claude Monet as he rises early in the morning to paint the Seine River. The text features strong action verbs and vivid adjectives that convey Monet’s artistic passion while Mary GrandPré’s acrylic and ink illustrations reflect Monet’s characteristic style. The story offers an important message for all budding artists: “Anyone who creates understands—that art is not magic. It is work, and work, and work, and then … it is magic.”

In Grow: Secrets of Our DNA, Nicola Davies introduces young children to DNA, God’s instructional code for all life. In simple terms she explains what DNA is, what it looks like, and how it works while Emily Sutton’s watercolor illustrations visually amplify the text. Side notes about unique plants and animals will leave families marveling at the diversity and precision of God’s creation, but parents should know the text mentions evolution, and an illustration includes the evolutionary March of Progress. Davies also says humans “grew from a tiny blob.” —K.C.