Lifestyle: A boy with disabilities overcomes a grim prognosis

Trinity Anderson was 15 years old when she first met Nate. The infant was wearing a white onesie and lying on an animal-print bouncer, his blue eyes staring blankly at the stucco ceiling. A slow-drip feeding tube had been attached to his stomach.

Nate weighed about 11 pounds, roughly as heavy as a grown cat—half the size of a normal baby his age. It was the day before his first birthday.

The boy had suffered a stroke and grade 4 brain bleed right after he was born, with hemorrhaging severe enough to be lethal to newborns. The stroke affected the left side of his body, and the bleeding resulted in hydrocephalus—water in the brain.

In 2015, Nate’s aunt, Trinity’s friend from school, brought Trinity to meet the baby. He had a few threads of hair and no teeth and could not sit up. Trinity says she adored him and held him for most of the afternoon.

A few days later, Nate’s mother asked Trinity if she would like to babysit. She agreed, and the mother taught her how to operate Nate’s feeding tube when she dropped off the infant at the Andersons’ home in Rockmart, Ga.

Babysitting sessions continued and lengthened, lasting days and sometimes weeks. A babysitting request that began on Thanksgiving Day stretched particularly long as the Andersons waited a year, they say, for Nate’s mother to return. 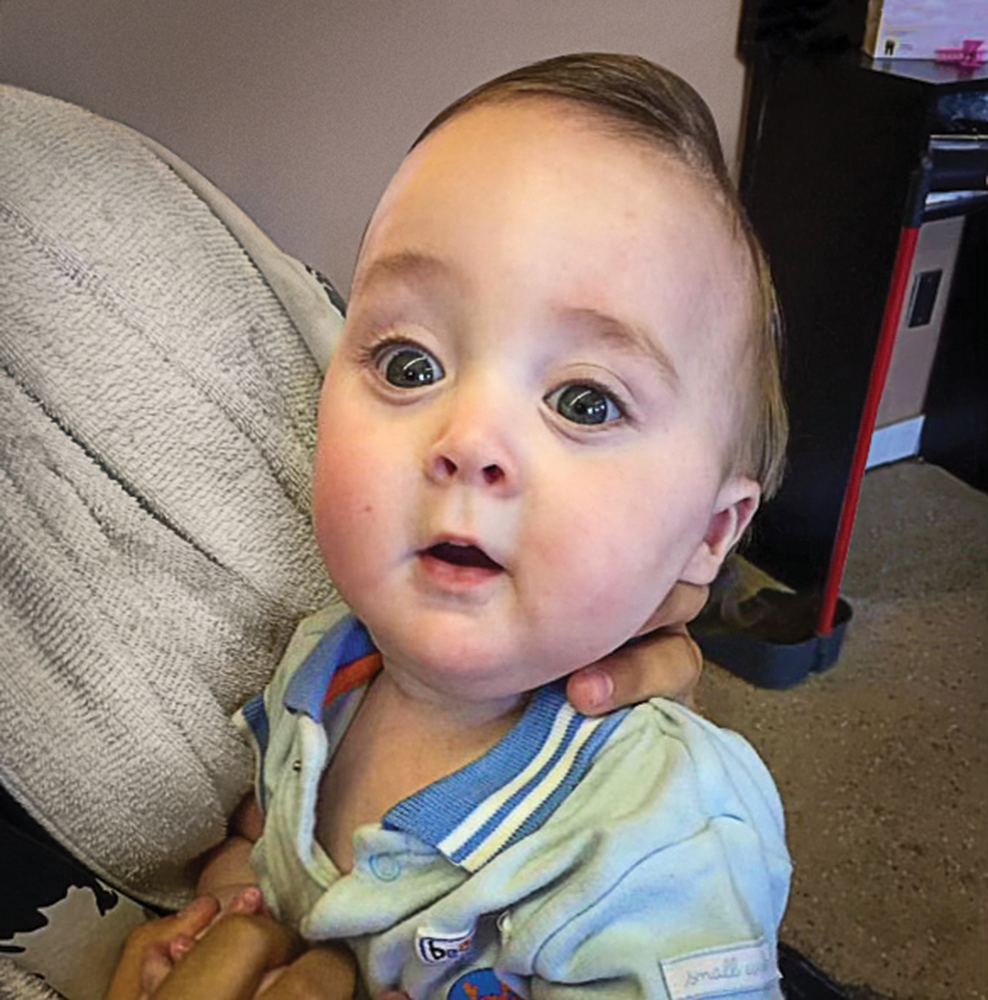 Nate as an infant. Handout photo

One Friday morning in 2016, a gray SUV pulled into the driveway. It was a social worker: Nate’s mother was losing temporary custody, and Nate was to be assigned to a foster family in Bainbridge, Ga., almost four hours away.

Sherry and her husband John couldn’t abandon the baby. They took classes to become certified foster parents and gained permanent custody of Nate in early 2017. “When we first got him,” said Sherry, “We weren’t looking for a baby. … But the Lord put us where we needed to be at the right time.”

The Andersons’ first order of business was to take Nate to the doctor. A nurse practitioner pointed to an MRI of Nate’s brain and told them three-quarters of the brain was mush. “I just want you to know what you’re getting yourself into,” they say she told them.

When anyone held him, Nate’s eyes shook. Thinking Nate was having seizures, the Andersons took him to an eye specialist. They learned the baby had developed a focusing problem from lying in a chair looking straight up at the ceiling. 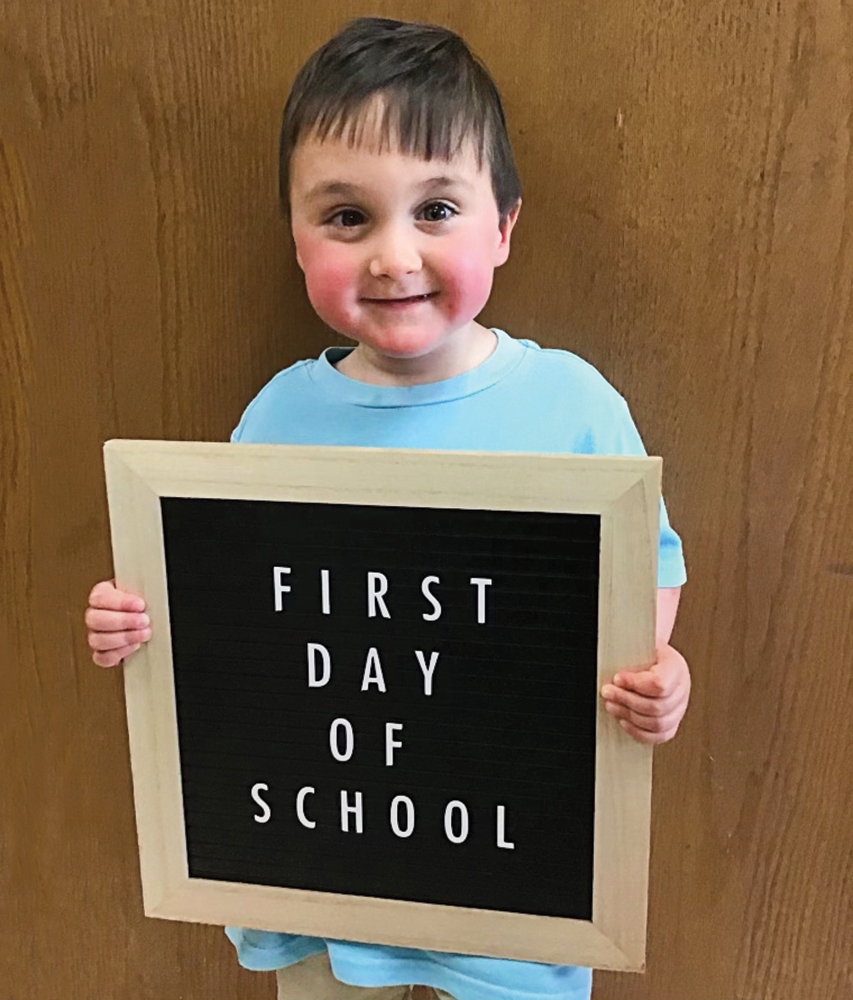 Nate on his first day of school Handout photo

The baby would also get “touched out.” Babies cry to be held; Nate cried when he was held.

Though the doctor’s prognosis was grim and Nate looked like he would never develop normally, the Andersons didn’t give up. Sherry’s mother, Wanda, retired and offered to help. Three times a week for several years, Wanda took Nate to therapy.

The Andersons bought developmental toys and propped Nate up with pillows to help him sit upright. At age 4, gripping the handles of his walker, Nate took his first steps. The Andersons celebrated with a trip to Disney World. He used a walker until he turned 6. Now, he walks everywhere. At Pleasant Hill Baptist Church, Nate quietly paces up and down the aisle during the sermon. Sometimes he stands beside the preacher.

Nate slept with Trinity every night until her first baby was born. Nate did not wholly approve of the change but has since learned to adapt. Trinity Anderson Cates works as a special education instructor at Nate’s school.

On days when he is frustrated, tired, or hungry, Nate has trouble expressing his feelings and often yells. Gospel songs like “Look for Me at Jesus’ Feet” soothe him. He wears an orthotic on his left ankle and is not potty trained.

This fall, 7-year-old Nate will attend first grade. He can speak, count, play basketball, and recite the alphabet in sign language. At a colossal 3-foot-4, he has a head full of hair and a persistent hatred of change.

When the nurse practitioner first scanned Nate’s brain, she predicted he would never do anything that a normal child could do. “But I guess”—Trinity paused—“she didn’t know the power of prayer.”

—Bekah McCallum is a 2022 graduate of WORLD Journalism Institute