Earlier this year, historian Thomas Kidd left Baylor University where he had been a professor for 20 years and took a position at Midwestern Baptist Theological Seminary in Kansas City, Mo. It might seem odd to leave behind a distinguished career at a top-tier research university where one could enjoy the fruits of tenure. But Kidd, whose writing investigates America’s religious ­history, thinks of his move into the world of theological education a fitting next act.

Kidd’s new office is hidden away in a corner of Midwestern’s beautifully appointed library. He keeps his workspace tidy, and his desk looks out over a green space on the seminary’s grounds. He writes using two monitors—a habit he’s had for years. He writes his draft on one monitor, and on the other he displays the documentary evidence he’s working with. Digitized repositories of primary sources have changed the nature of research. Kidd can search hundreds or thousands of letters and speeches for certain keywords, which often turns up previously unnoticed evidence that might fill the gaps in previous scholarship.

To date, Kidd has filled in such gaps with more than a dozen books on religion in America, publishing with both Christian and prestigious academic presses. He tends to alternate between writing about the Great Awakening and Christianity’s role in America’s founding. Regarding the founding, he says, “I think ­religion made a profound difference, but it’s not easily categorized.” His latest book, Thomas Jefferson: A Biography of Spirit and Flesh (Yale University Press 2022), untangles the spiritual life of one of America’s most important, but also most complicated, Founders. Americans continue to wrestle with our country’s past sins, which is one reason why WORLD chose this ­excellent, timely biography as our Book of the Year. 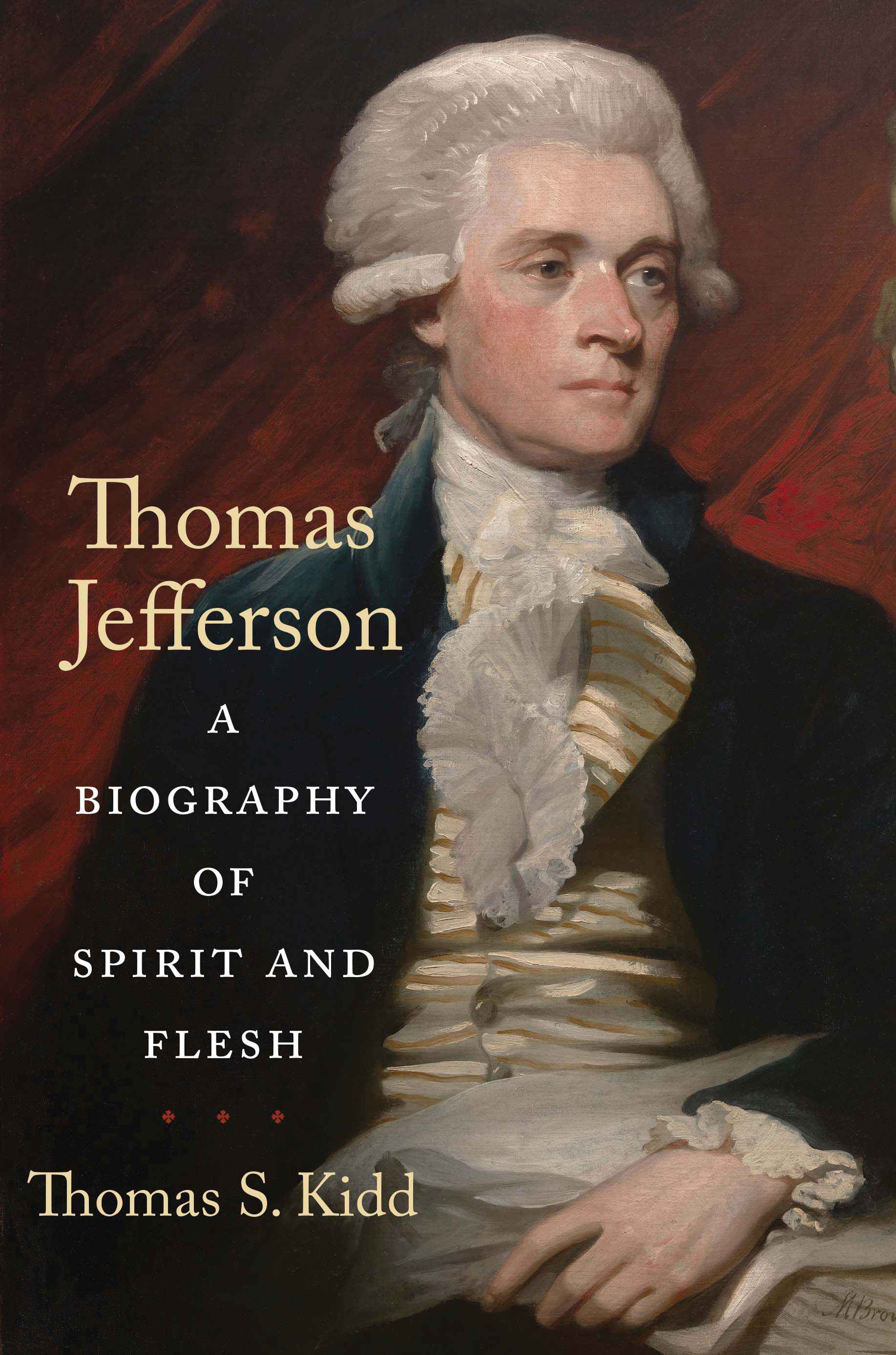 This book isn’t the first time Kidd has looked at the spiritual life of Thomas Jefferson. Ten years ago, he wrote a series for WORLD on the controversy surrounding David Barton’s book, The Jefferson Lies. Barton and his Wallbuilders organization emphasize the Christian foundations of America. In The Jefferson Lies, Barton claimed Jefferson was an orthodox Christian for most of his life, who began to doubt traditional doctrines only in old age. Both secular and Christian scholars critiqued Barton’s methodology with such force that his publisher, Thomas Nelson, pulled the book, saying it had “lost confidence in the book’s details.”

But reporting on the controversy surrounding Barton’s book did not tempt Kidd to write his own spiritual biography of the Founder. It wasn’t until after he’d finished his 2018 book on Benjamin Franklin that Kidd decided he might want to tackle Jefferson. Franklin knew the Bible perhaps better than any of America’s Founders, but his knowledge didn’t lead to orthodox faith. Jefferson occupied a similar space—a highly educated man who knew the Scriptures but also harbored reservations about their truthfulness.

Despite those doubts, Kidd found that Jefferson existed in a world replete with Biblical imagery—literally. In preparation for the book, Kidd took a trip to Jefferson’s home of Monticello because he wanted to get a sense of the space Jefferson inhabited. Kidd says he was struck by the many paintings of Biblical scenes that filled the house. Jefferson lived and worked in a space that offered constant reminders of the Christian faith.

In this biography, Kidd shows us an original thinker attempting to cobble together his own brand of spirituality. Jefferson held unorthodox views long before he wrote the Declaration of Independence, but he wasn’t a Deist who saw God as an uninvolved Creator. He believed in God’s providence, but he saw that providence at work in America’s founding rather than in the saving of souls or the creation of the Church.

Jefferson also pulled much of his personal ethic from Christianity, but he didn’t believe humans to be inherently sinful. He preached a strict moralism, believing individuals could achieve a perfectibility of spirit. But in Jefferson’s life we see a chasm between his principles and his actions.

Jefferson’s failure to embody his own attitudes about money surprised Kidd during his research: “Once I realized that spending was a major problem for Jefferson,” he says, “I could see evidence for it everywhere, partly because he tended to keep meticulous records.” Building Monticello was an extravagant expense, and Jefferson spent freely on all manner of things, like books and furniture, despite his admonitions toward fiscal responsibility. Kidd sees Jefferson’s profligate spending on wine as illustrative. He imported thousands of bottles and vats of the most ­expensive wines, telling his French purchaser, “Let the price be what it has to be.” When the demands of gentility came up against the needs of frugality, gentility won every time.

Ever-increasing debts kept Jefferson from freeing his slaves, even though early in his career, he suggested Virginians look for a way to free those they held in bondage. Jefferson’s inability to live up to his own ideals helps explain how the same man who wrote “all men are created equal” and endowed with the unalienable rights of “Life, Liberty, and the pursuit of Happiness” could deprive other people of the latter two. Kidd also sheds light on Jefferson’s relationship with Sally Hemings, his enslaved mistress who also happened to be his deceased wife’s half sister. 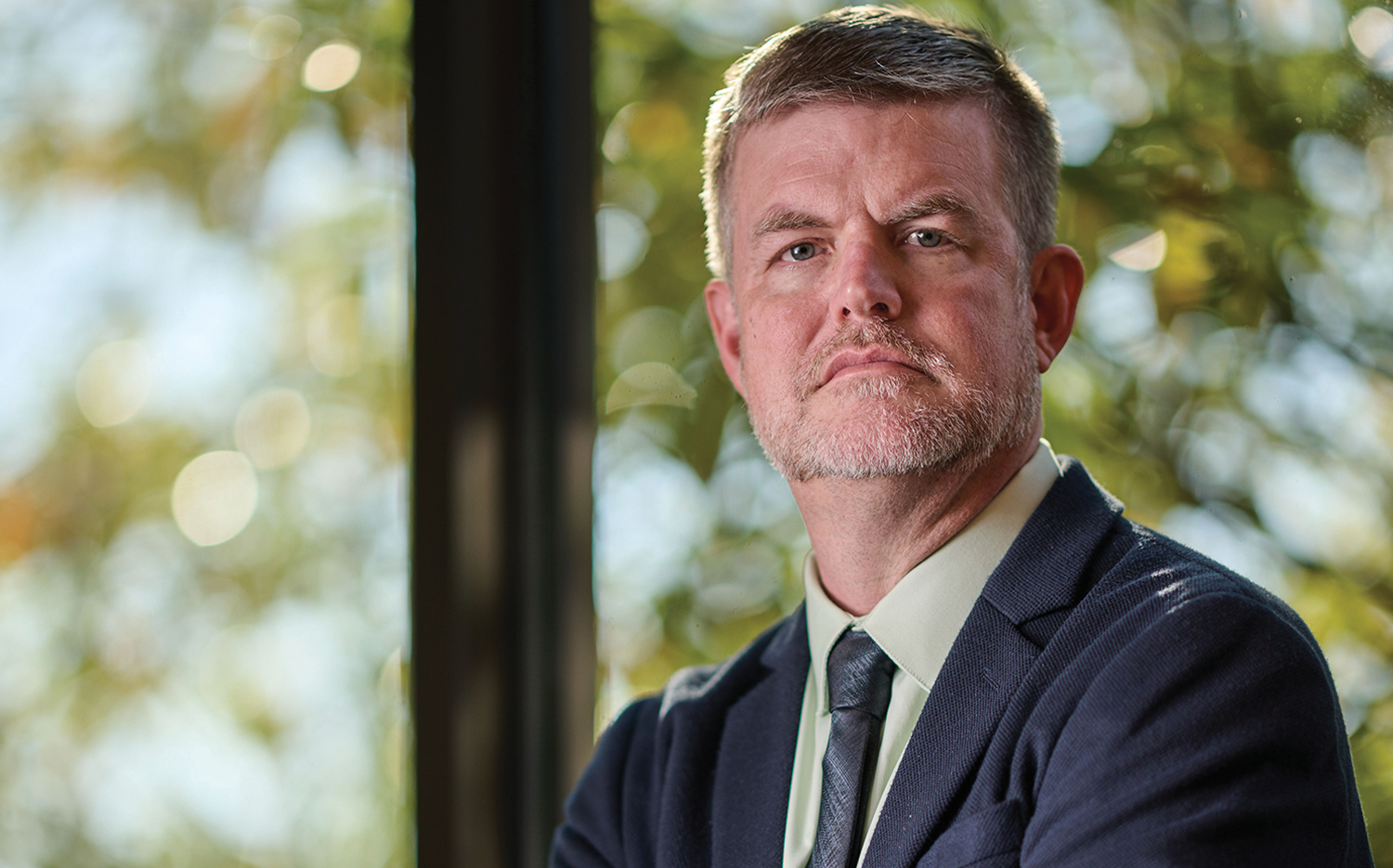 ON A WRITING DAY, Kidd aims for a thousand words. He doesn’t write at home and rarely checks his email outside work hours. Despite his seemingly machinelike productivity, he sets boundaries around his work so he can enjoy time with family and church. Part of the secret to his productivity is what he calls his “writing pipeline.” Once he finishes a draft and sends it to his publisher for comments, he immediately begins working on the next project. “I feel adrift when I am not sure what I am supposed to be writing,” he says. At any given time, he might have as many as three unpublished books in various stages of completion.

A sense of calling spurs this prodigious output, and the constant regimen of research and writing extends beyond merely pushing out the next book. He says, “Every generation needs to refresh the Christian intellectual witness”—­ a witness that speaks to both the world and the Church. Many Christian writers have attempted to discern God’s providential working in history, but Kidd doesn’t think Christians should only write providential history. He believes an empirical study of history will help evangelicals think in a sophisticated way about their place in the world.

“I’m deeply comfortable with my evangelical identity,” Kidd says. He wants evangelicals to know he’s writing for them, but he also sees himself as a crossover author, bridging the gap between the world and the Church and bridging the divide between a scholarly and a popular audience.

In that sense, Jefferson was the perfect subject, and Kidd has built an effective literary bridge between the Founder’s spiritual reality and his earthly legend. Kidd admits to editorializing too much in an early draft of the Jefferson biography because of his distaste for Jefferson’s “reprehensible treatment of Sally Hemings.” After an early reader commented, “You made him a monster,” Kidd decided to let the evidence do the work of shaping the reader’s impression of Jefferson.

As the author of the Declaration of Independence, Thomas Jefferson belongs to all Americans. In some ways, this impressive, idealistic man with feet of clay can be seen as a metaphor for the country he helped found. Thomas Kidd hopes his work can help churches navigate the ­tangled relationship between Christianity and America.

Next in this 2022 Books of the Year special issue: “Standing and surviving.”