Pundits have written abundantly about evangelical support of Donald Trump, but they’ve mostly gotten it wrong. WORLD’s running survey of evangelical leaders in 2015 showed almost zero initial support for Trump. Not until his ascension left him as the only alternative to Hillary Clinton did he pick up broad support from church-going evangelicals, and the reason was obvious: the Supreme Court.

But weren’t evangelicals his key supporters during the crucial months in late 2015 and early 2016? Here’s where some fascinating work by Timothy Carney in his new book, Alienated America (Harper, 2019), breaks down the data and exposes the mistake that has taken hold. Carney’s summary: “The best way to describe Trump’s support in the Republican primaries—when he was running against the likes of Jeb Bush, Ted Cruz, Marco Rubio, John Kasich—would be: white evangelicals who do not go to church.”

Crunching numbers from the Voter Study Group, Carney and his research assistant Nick Saffran broke down by church attendance Republican voters in caucuses and primaries. Two out of 3 of the most frequent church attenders voted against Trump, but nearly 2 out of 3 of those who call themselves evangelicals but never go to church (a contradiction in terms) voted for him.

Carney compares the rural Iowa counties of Fremont and Winnebago, where the populations have similar incomes, similar educational attainment, similar unemployment, and similar crops, mostly corn and soy. One big difference: Winnebago, packed with churches, is one of the Top 10 Iowa counties in religious adherence, while Fremont, where churches were closing in 2013 and 2014, is 84th out of 99. Early in 2016 Trump received 19 percent of Winnebago’s votes, 43 percent of Fremont’s. 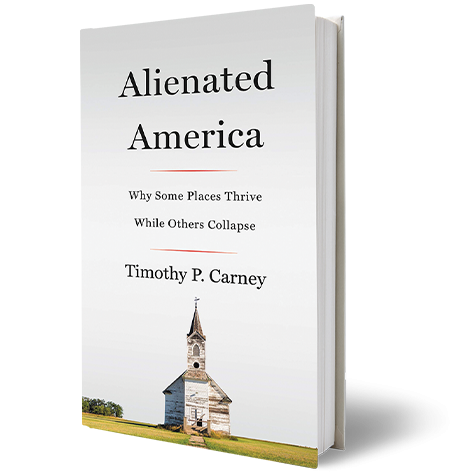 Trump’s worst county in Iowa, worse even than the counties housing the liberal University of Iowa and Iowa State, is highly churched Sioux County, which houses Dordt College. As dean of the World Journalism Institute, which holds our intensive college course at Dordt during the last two weeks of May every year, I’ve seen what a tight-knit place Sioux County is. Many residents are not looking for a Nietzschean superman to save them: They have a superman in their own homes—a faithful, hard-working dad—and they know a Superior Being looks after them.

Watch the evangelicals filling Sioux County churches on Sunday, and it’s no surprise that Trump did poorly there. Drive by closed or mostly empty churches in Buchanan County, Virginia’s little bit of Appalachia, and it’s no surprise that Trump did great in Buchanan. A Pew survey in March 2016 showed Trump down by 16 percentage points among white evangelical voters who attended church weekly, and up by 19 points among those who did not. Trump’s strongest support came among those unlikely to be in church but highly likely to say religion was important to them.

Carney points out how economic and religious institution collapse have followed parallel tracks in America. He cites a study by sociologist Brad Wilcox aptly titled “No Money, No Honey, No Church” and notes Wilcox’s finding that white Americans are less likely to attend religious services when they are unemployed: They’re also more susceptible to divorce.

It’s all part of a vicious cycle: Absent strong job prospects, fewer adults form families. Fewer weddings, fewer baptisms, fewer kids to teach about right and wrong: One result is less church involvement and a give-up attitude that among 10 percent of the populace worsens job prospects. 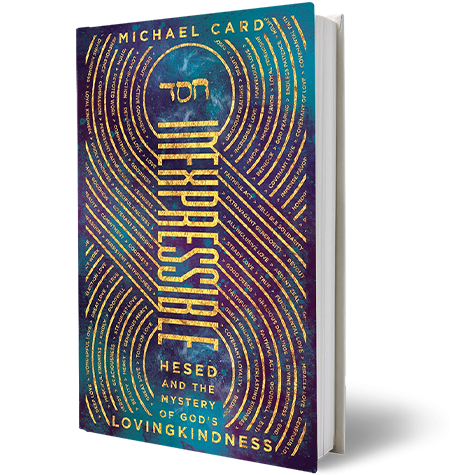 Alex Kershaw’s The First Wave (Penguin Random House, 2019) vividly shows the courage of the D-Day warriors 75 years ago. Joe Wheeler’s Abraham Lincoln: A Man of Faith and Courage (Howard Books, 2019) is a good book for homeschoolers. Palau: A Life on Fire (Zondervan, 2019) is the memoir of godly and honest evangelist Luis Palau. Michael Card’s Inexpressible (IVP, 2018) skillfully excavates the meaning of the Hebrew word hesed, often translated as “lovingkindness.” —M.O.

My man was Ted Cruz as well, and it was shocking to me that he wasn’t the #1 favorite for the nomination. This is why I didn’t believe a lot of evangelicals really did care that much for character, as Cruz would have trumped all other candidates. Also, many were strong church goers who voted for Trump. I know of several just in my corner of the town who are and did. I would never go back and undo my vote, either.

There is a fundamental question for Christians which I have never heard discussed anywhere.  Olasky takes the position of many Christians that the best presidential candidate would be a moral Christ follower.  That is a good and valid argument.  However, if you are in a violent storm on a plane or ship, would your main concern be whether your pilot is a Sunday School teacher or the best pilot for the job?  Who would you prefer in a fight, a brawler like Trump, or a choir member?  The kingdoms of this world play by different rules than the kingdom of heaven.  Shouldn't Christians be able to discern the difference?

The perfect candidate for evangelical voters was Ted Cruz but it was clear to me that he would not be able to win in a general election; evangelical voters are a minority in the general electorate. Ted Cruz had negatives that church going evangelicals would have been willing to overlook in an election, except the one BIG one, that he would not win against HC. I am glad that God saw to it that Donald Trump became our president in spite of the bad advice and example of evangelicals leaders who valued their personal conscience over the consequences of leadership for the country as a whole.

After reading this article three times, I think there is another question that would be worth looking into by World and others--how did the evangelical churches lose the white working class (recognized from the first as a major part of Trump's base)?

Historically, some denominations have mostly catered to the elite--the Episcopalians have a long history of this; even in the early 1800s the Methodists and Baptists tended to attract more of the lower classes.  But it seems now most churches are losing working-class whites.

I am 69 years old.  When I was a teenager the church my family attended was a mix of white-collar and blue-collar people, and the elders and deacons were a mix as well.  During my lifetime this has been changing, at least in the Midwest area where I have lived--Cincinnati, Indianapolis, and the areas between.  From my own experiences it seems the problem largely began with the pastors of my own generation, and has gotten worse with the younger ones.  I have seen too many pastors who visibly kowtow to the more affluent members of their congregation, but it is also happening with some of the members as well.  There are signs that the "prosperity gospel" has taken hold in a lot of non-charismatic churches, with less affluent people being told they do not prosper because of their secret sins (this has happened to my grown kids).

Some of this may also be a sorting that began with the rise in college attendance that resulted from the GI Bill after WWII.  But the gulf was not that wide in the '60s--the WWII generation college grads knew they were the first of their families to have a chance at college.  Their children and grandchildren seem to have taken it for granted, and widened the division.  Before WWII, in most places the only educated people in a community would be the preachers, the doctors, and the lawyers--they had to rub shoulders with the less educated because they were so few in any place.  Now educated people live in different neighborhoods and send their children to different schools from the blue-collar people.

Yes, some of these things are just what has been going on in our society.  But instead of noticing and dealing with the problem, the leadership of our churches, at the local level and clear to the top, has ignored the problem and contributed to it.

He’s talking about the early part of the primary, not the general election.

If 2 out of 3 of the most frequent church attenders voted against Trump, who did they vote for or did they not vote at all?