For missionaries and aid workers, coming home is just the beginning

In March 1994 Ray Rising disappeared into the Colombian jungle. FARC (Armed Revolutionary Forces of Colombia) had abducted the Wycliffe missionary and radio technician. For the next 810 days, hard men with machine guns in their hands and murder in their hearts held him captive, constantly moving from camp to camp, always watching.

When the guerrillas released Rising in June 1996, he thought his ordeal was finally over. But Rising’s battle had only just begun.

In the 22 years since his release, Rising has suffered from post-traumatic stress disorder (PTSD). Day to day, he is plagued by paranoid thoughts, intrusive memories triggered by little reminders—a Bible verse he read in the jungle, say—scraps of the past that whisper fear and anger.

He’s hypervigilant and has trouble concentrating, constantly scanning his surroundings for signs of danger. Sometimes he’ll feel angry or guilty for no reason at all. Then there are the nightmares—vivid dreams that take him back into the jungle’s shadow.

“You wake up, not sure where you are, but glad you’re not where you thought you were in the dream,” Rising said.

More than two decades have passed since his captivity, but Rising says the symptoms are just as bad now as they were when the trauma was fresh: “It’s a serious debilitating disorder, so you just have to learn to live with it.”

Though Rising’s ordeal was particularly harrowing and the fallout severe, he is far from alone. Missionaries and aid workers across the globe both experience traumatic events and suffer from resulting PTSD and secondary trauma at far higher rates than the average American. Yet the issue is little known or discussed.

‘If people feel overwhelmed and their normal coping strategies are undermined, if there’s intense fear, helplessness, or horror … that makes it much more likely that someone will develop a PTSD response.’ —Mark Ventrella

EXPERIENCING CRITICAL INCIDENTS, trauma, and high levels of stress is common in many of the contexts where cross-cultural workers serve. Missionaries bringing the gospel to unreached people groups go to remote areas, because that’s where the unreached are. Those who serve the poor or provide humanitarian aid find themselves in slums or conflict zones—places beleaguered by violence, instability, and extreme poverty.

One 2007 study found that 71 percent of men and 64 percent of women serving as missionaries in West Africa had experienced three or more severe traumatic events, compared with only 9.5 percent and 5 percent respectively of the general American population. A 2001 study of returned aid workers found that 30 percent reported significant symptoms of PTSD, compared with a 3.5 percent prevalence of PTSD among the American population measured in a 2003 study.

“Just because people have critical incidents, that doesn’t mean they’ll develop PTSD,” said Mark Ventrella, clinical director for the Well International, a Thailand-based counseling center. “Most people are actually quite resilient. [But] if people feel overwhelmed and their normal coping strategies are undermined, if there’s intense fear, helplessness, or horror … that makes it much more likely that someone will develop a PTSD response.”

According to Ventrella, only 8 to 10 percent of those who experience a traumatic event actually develop PTSD, and there’s evidence that missionaries and aid workers, psychologically bolstered by their strong sense of purpose and an expectation of suffering, are more resilient than most.

“There’s about 425,000 cross-cultural workers in the field,” Ventrella added. “So that’s still over 20,000 people a year developing PTSD symptoms. That’s a significant number.”

But PTSD is only the more obvious of the psychological specters threatening missionaries and aid workers. Secondary trauma, in which a person develops PTSD-like symptoms from accumulated exposure to the stories of others’ pain and trauma, is more insidious. According to Dr. Tim Sieges, clinical director for Wycliffe USA’s counseling ministries, it is not only more common, it’s more difficult to spot.

“It’s a more complex traumatization,” he said. “They could be struggling and nobody’s noticing. That’s what gets through the cracks the most.” 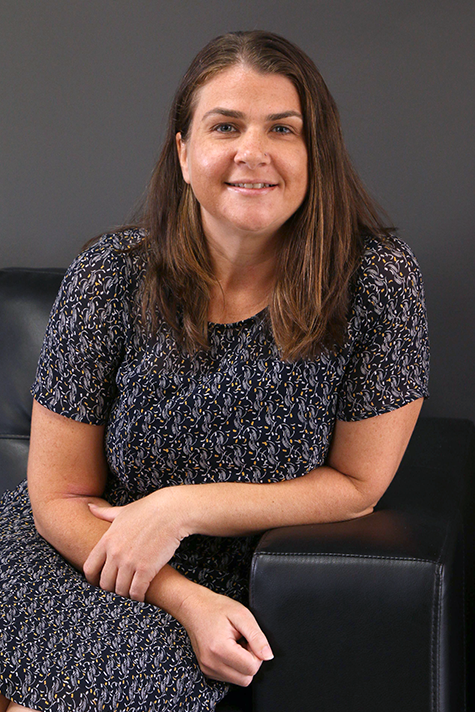 PIP REA had always had a heart for the poor and was no stranger to tough overseas assignments. But when the New Zealander nurse arrived in Kolkata, India, in 2010, she wasn’t prepared for what was to come.

Tasked with setting up a health program for Freeset, a social enterprise that employs sex-trafficking survivors, Rea began by interviewing each woman to assess her health needs.

“Pretty quickly it became apparent that … their social and emotional health was very tied up in their physical health,” Rea told me.

For four hours a day, Rea would do back-to-back interviews with sex-trafficking survivors—one horrific, in-depth story of trauma and abuse after another. Within her first six months, she had interviewed 155 women, and the cumulative weight of their suffering began to overwhelm.

Rea served with Freeset for the next six years, living and working around Sonagachi, one of the most notorious red-light districts in the world. She was sexually harassed on a daily basis, and sexually assaulted several times. All the while, stories of rape, slavery, and abuse continued to seep into her mind.

The symptoms started slowly. Initially, she worked herself to exhaustion—putting in hour after hour, day after day. Then she withdrew, putting off meetings to avoid hearing yet another horrific story. She became hypersensitive to her surroundings, and her sleep became progressively worse—plagued by stories of her friends’ sexual trauma played out like a movie reel in her head.

‘There’s this notion that we have to be strong as overseas cross-cultural workers. … People will keep going to the point where they can’t handle it anymore. … It never really gets talked about.’—Pip Rea

One morning, about six years in, it all came crumbling down.

“I broke down, cried, and basically didn’t stop until I got on a plane and went to New Zealand,” said Rea. “I couldn’t eat, couldn’t sleep. [My] body totally shut down.”

Diagnosed with severe secondary trauma and compassion fatigue, Rea spent the next five months recovering in New Zealand. After weeks of counseling and lots of sleep, she returned to India, and to Freeset, armed this time with healthier boundaries and a toolkit of coping strategies. Though Rea was better prepared, she knew that, given what she had already experienced, it was not sustainable for the long haul. In 2017 she moved back to New Zealand, continuing to serve the poor in a more sustainable context.

Now, Rea thinks that secondary trauma is much more prevalent than we realize.

“When I came back, I saw [secondary trauma] everywhere,” Rea said. “There’s this notion that we have to be strong as overseas cross-cultural workers. … People will keep going to the point where they can’t handle it anymore. … It never really gets talked about. Never really gets processed. There’s [constantly] this wave of people [leaving the field]. … It just doesn’t get the label ‘secondary trauma.’ It’s just—‘somebody decided to go home.’” 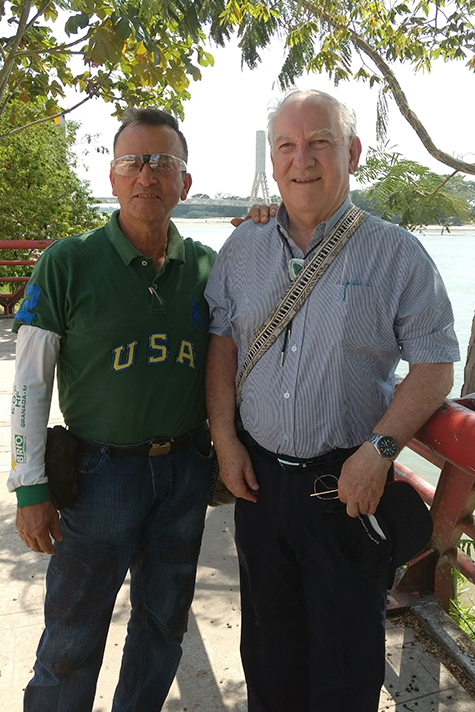 Rising (right) and a friend in Puerto Lleras, the town he was kidnapped from in 1994 Handout

AS FOR RISING, PTSD hasn’t slowed him down.

For the three years immediately following his release, Rising shared his story of survival with churches, universities, and high schools, but the pull of Latin America proved irresistible. In 1999 he and his wife moved to Bolivia. For seven years Rising helped establish radio stations that would broadcast Scripture, translated into the local language. In 2007, he moved back to Colombia, serving until 2011 in the country where he had been held captive.

“I’m more at home in Latin America,” he explained.

Now 76 years old, Rising lives in North Carolina and continues to work with Wycliffe, his employer of 53 years. In February 2018 he went back to Colombia to visit the town where he was kidnapped. Still wary, he showed up unannounced, bearing boots and uniforms for the local fire department.

Rising still attends Wycliffe counseling sessions twice a month. That care is, in part, responsible for his ability to cope, his faithful tenacity. The fear is still there, the flashbacks, the nightmares—yet still, again and again, he goes back to the mission field.

“This isn’t about me,” Rising said. “You can’t quit living because there’s a risk.”

CHURCHES WILL ASK COUNSELOR TIM SIEGES, often, why his job matters. Hudson Taylor didn’t need a counselor, they’ll say. William Carey wasn’t breaking down. So what’s with this generation of missionaries? Why can’t they handle it if our old heroes could?

Sieges thinks that’s all bunk: “They were breaking down, you just didn’t know about it. William Carey’s wife went bonkers.” He called the current generation of missionaries “darn resilient” and said “they stack up to the best in history.”

He added, “I’ll tell you what, though, they gotta take care of this thing,” tapping his temple with two fingers. “Too many missionaries, they go out there, they recognize that the rest of their body is made out of dirt, but they don’t [see] that this thing is made out of the same stuff. It lives by the same rules. … You ride that pony too hard, and it’s going to drop.”