Shang-Chi and the Legend of the Ten Rings is yet another installment in the ever-expanding Marvel Cinematic Universe. But don’t expect a typical superhero flick: Shang-Chi takes its place among the best superhero films by transcending both its genre and its source material.

The comics, which debuted in the 1970s, traded in cringeworthy Asian stereotypes. But Shang-Chi, with its predominantly Asian cast and creative team, takes audiences on a fast-paced, funny, yet heartfelt journey that at times makes you forget you’re watching a superhero movie.

Shang-Chi (Simu Liu) lives a somewhat underwhelming life in San Francisco and spends his days palling around with best friend Katy (Awkwafina). Katy disappoints her family, who wishes she’d do something constructive with her honors degree, and Shang-Chi too has disappointed his family. He isn’t just another 20-something slacker. He’s hiding from his father, Xu Wenwu, the immortal leader of a criminal organization known as the Ten Rings. When Wenwu’s henchmen find Shang-Chi, he and Katy get swept into an adventure in which Shang-Chi must save the world while coming to terms with his complicated parentage.

Liu gives a credible kung-fu performance, but he also imbues Shang-Chi with a lovable aimlessness, reflecting the energy of his electrifying co-stars. Awkwafina began her career as a rapper and comedian, but her role in 2019’s The Farewell established her dramatic chops. Now she can add action heroine to her resumé because she’s as much the star of this film as Liu is. Meanwhile, Hong Kong cinema icon Tony Leung turns Wenwu into possibly the most interesting villain of the Marvel Cinematic Universe, and we’re also treated to stellar performances by veteran Michelle Yeoh and newcomer Meng’er Zhang. 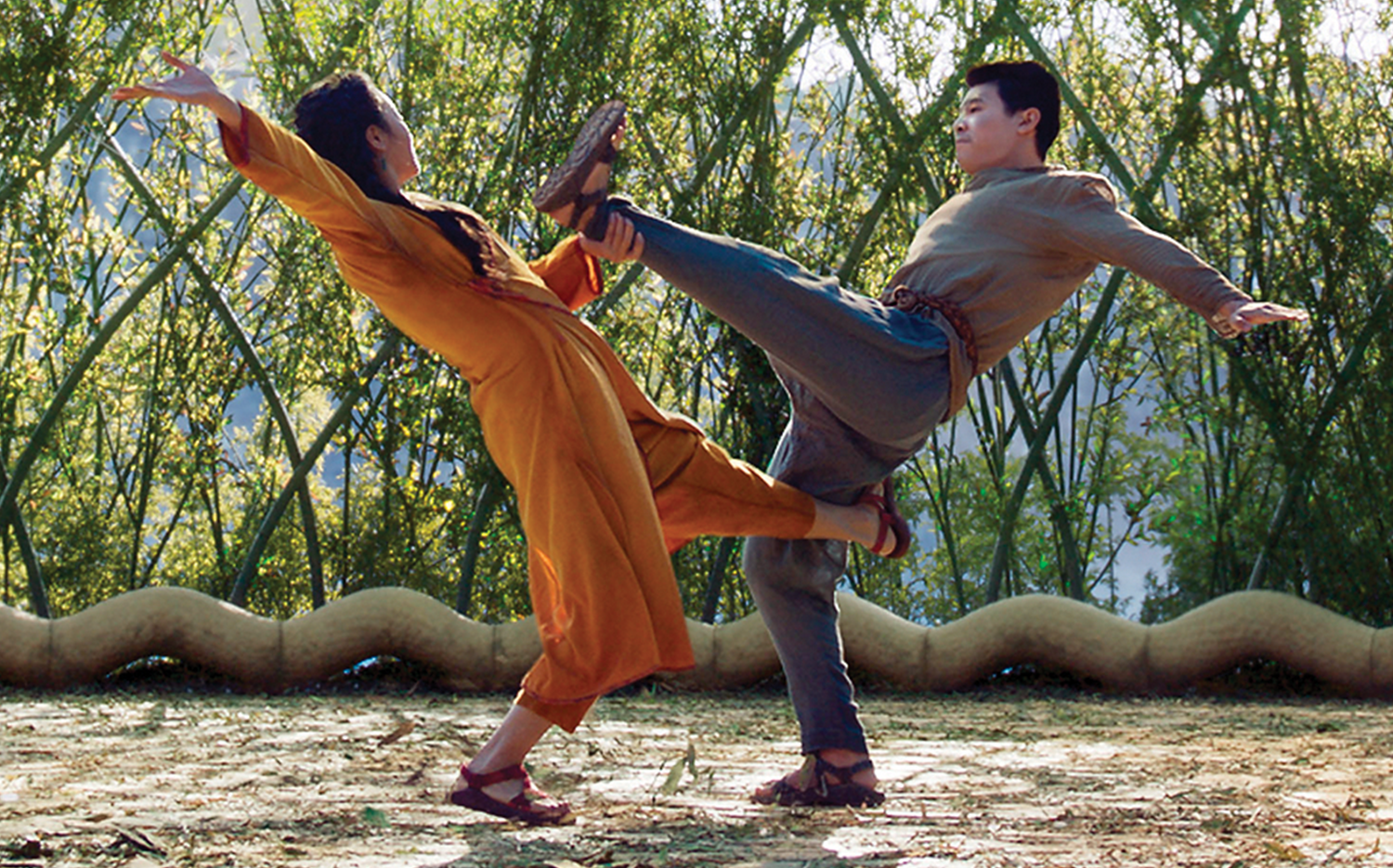 Shang-Chi feels refreshingly un-­Marvel. It has the obligatory ties to the franchise’s past and future, but it works as a self-contained story. Viewers can enjoy Shang-Chi without worrying about the 50 hours of continuity that came before or feeling compelled to show up for the next installment in a couple of months.

Rated PG-13 for martial arts violence and language (and playing now in theaters), it does suffer when, in true Marvel fashion, the third act culminates in an over-the-top action set piece. I should probably be thankful we were spared from watching another supersized spaceship/aircraft/city crash to earth, but the excessively long CGI extravaganza detracts from the more personal and exciting hand-to-hand fight scenes.

It’s hard not to compare Shang-Chi with Disney’s Mulan that came out last year. Mulan’s actors had excellent kung-fu resumés, but poor direction and editing disappointed. Shang-Chi stays closer to its spiritual forebears and includes some of the best fight sequences to come out of American cinema. Many scenes pay homage to Jackie Chan classics, which shouldn’t surprise since the choreography team previously worked with Chan. Shang-Chi’s fight scenes have appropriately long takes, allowing viewers to appreciate performers’ skills as well as the choreography’s beauty. Kung-fu scenes are more akin to ballet than superhero slugfest, and writer-director Destin Daniel Cretton deserves credit for getting it right here.

But Cretton, who grew up in a large Christian homeschooling family, gets so many other things right besides the martial arts.

The film catches the spirit of the Asian diaspora. Shang-Chi and Katy consider themselves Americans prizing individualism, but they wrestle with a heritage that binds them to their families. The young people must grapple with traditional bias against girls, but Shang-Chi and Katy form a beautiful partnership in which they complement each other’s gifts. We see the older generation in the film participate in traditional religious customs, while the younger generation merely looks on, remembering their ancestors but not worshipping them.

Shang-Chi and the Legend of the Ten Rings is a Chinese-American story, but it offers universally applicable themes: We’re all born into damaged families, and there’s always the possibility of repentance, forgiveness, and restoration.