To wage a famine

Bread being confiscated from peasants in Ukraine in 1932. Sovfoto/UIG via Getty Images

“Communism is an aberration,” said President Ronald Reagan. “It’s not a normal way of living for human beings.” Amen, say the readers of Anne Applebaum’s latest book, Red Famine (Doubleday), a meticulous and blistering revelation on the Soviet revolutionaries’ use of famine in an attempt to destroy Ukraine 85 years ago.

From Harvard to Kiev to Moscow, Applebaum unearthed new archives and survivor accounts to reconsider the catastrophic Soviet famines, culminating in 1933 with what Ukrainians call “Holodomor,” from the words for hunger and extermination—forced starvation that left millions dead across the Soviet Union. Applebaum’s thorough reporting and vivid writing make Red Famine WORLD’s Book of the Year in our Understanding the World category. 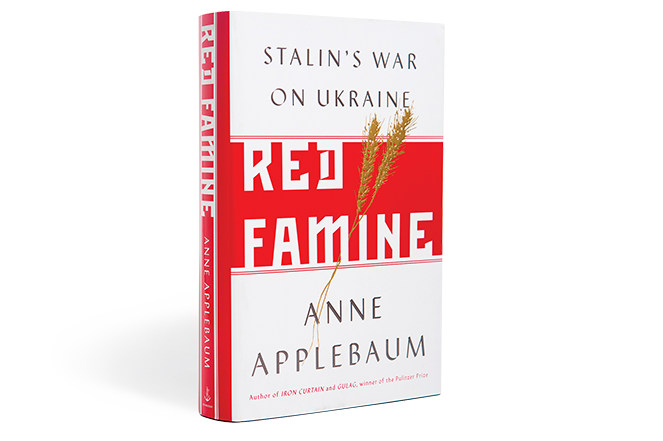 The lessons of Moscow’s cruel intervention under Josef Stalin reverberate to today’s interventions in Ukraine under Vladimir Putin. The 2015 annexation of Crimea and continued fighting in eastern Ukraine represent an 80-year obsession by Russian leaders to bring the large and wealthy province, now its own country, to heel. Applebaum’s account reminds us that understanding the scope of what happened then, helps us prepare for what will happen next.

Ukrainians were the first to revolt after the Russian Revolution in 1917 and the first Soviet state to declare independence after the fall of the Berlin Wall. Red Famine begins with peasant uprisings of the 1920s and ’30s, each leading to successive and harsher state-enforced famines—“created for the express purpose of weakening peasant resistance and Ukrainian identity.” Applebaum shows in detail the propaganda campaign accompanying Soviet force, as Moscow and its Kiev party hacks created a faceoff between “loyal” Soviet citizens and “enemy” kulaks. Communists portrayed farmers as privileged and rebellious, while commissars seized their land, crops, and grain for next year’s plantings. 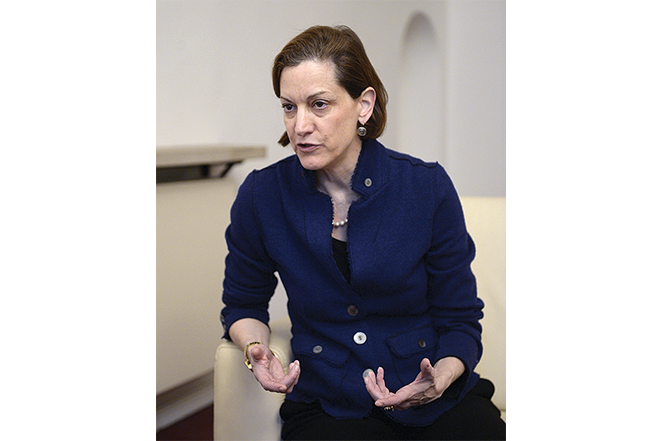 Once known as the region’s breadbasket, Ukraine descended into something akin to Dante’s seventh circle of hell. Applebaum draws on survivors, freer to speak after the collapse of the Soviet Union, to recount the desperation as food supplies disappeared. “Frogs didn’t last long,” recalls one. “People caught them all. All the cats were eaten, the pigeons, the frogs; people ate everything. I imagined the scent of delicious food as we ate weeds and beets.”

Using new research, Applebaum provides conclusive and grim numbers: 4.5 million Ukrainians died, most in 1933 alone. Life expectancy was in free fall: for urban men, from 40 years of age before 1932 to 30 years after.

Stalin used the famine to seize church property and empty church treasuries, part of a larger strategy to eliminate future resistance. Nevertheless, news of the famine reached the outside world primarily through Catholic churches in Poland and Ukraine that delivered reports to the Vatican. To this day the only verified photos taken in Ukraine of famine victims in 1933 are preserved in the Catholic diocese archive in Vienna. But a complication of world history kept the Vatican mostly quiet on the crisis— 1933 also was the year Hitler won election in Germany. Suddenly, to criticize the Bolsheviks in Moscow was to look like a Nazi sympathizer.

Americans succumbed to Soviet propaganda as well, with New York Times Moscow chief Walter Duranty famously defending the Communists, winning in 1932 a Pulitzer Prize for reporting on Soviet successes. Duranty ridiculed the early accounts of famine reaching the West, headlining one story “Russians Hungry But Not Starving.” In Red Famine Applebaum, who lives in Poland and writes for The Washington Post, counteracts such historic fake news, giving us at last a documented account of lasting atrocities.

A Pope and a President

While many writers have recounted the roles of President Ronald Reagan and Pope John Paul II in bringing down the Iron Curtain, Grove City College professor Paul Kengor breaks new ground. He shows the depth of their friendship and discourse (including secret letters shuttled to Rome by New Jersey Democrat Peter Rodino), starting only weeks after both men survived assassination attempts. Soviet leader Mikhail Gorbachev described the Cold War as a “war on religion,” and Kengor covers it as such—showing how Russians were behind the plot to assassinate the pope. —M.B.

The Book of Emma Reyes

A remarkable voice and illuminating writing make this gritty 175-page collection of letters an unforgettable look at growing up impoverished in Colombia. Painter Emma Reyes, who settled eventually in Paris, begins her memoir at age 5 in a one-room, windowless Bogota hovel. Her first chore each day was carrying the household’s brimming bedpan to a garbage heap. Reyes and her sister moved from cycles of neglect to rounds of abuse, including some in a Catholic convent. Reyes allows us to see the world through the narrowed lens of an illiterate reject who would not give up on her future. —M.B.

The Souls of China: The Return of Religion after Mao

In The Souls of China, Pulitzer Prize winner Ian Johnson explores how religion has flourished in China in spite of oppression by the Chinese Communist Party. Following the lunar calendar, Johnson brings readers along as he makes pilgrimages with Buddhists, attends funerals with Taoist musicians, and spends time at a Reformed house church (Chengdu’s Early Rain Reformed Church, which WORLD has covered extensively). The book clearly shows man’s natural inclination to search for something beyond the material: The heavens declare the glory of God, and China’s government is unable to hide His handiwork. —June Cheng

The Great Leveler: Violence and the History of Inequality

Walter Scheidel’s closing sentence is, “Be careful what you wish for.” Scheidel says “the prospects for future leveling are poor,” and that’s not a bad thing, because large reductions in inequality have come about only in four ways: mass warfare, transformative revolution, utter government collapse, and pandemics. Huge disasters lower the wealth of the rich, but in such periods the poor become poorer. Whenever demagogues and intellectuals shout or simper for class warfare—think of Josef Stalin’s forced collectivization or Mao Zedong’s “Great Leap Forward”—one thing is clear: It will not end well. —Marvin Olasky 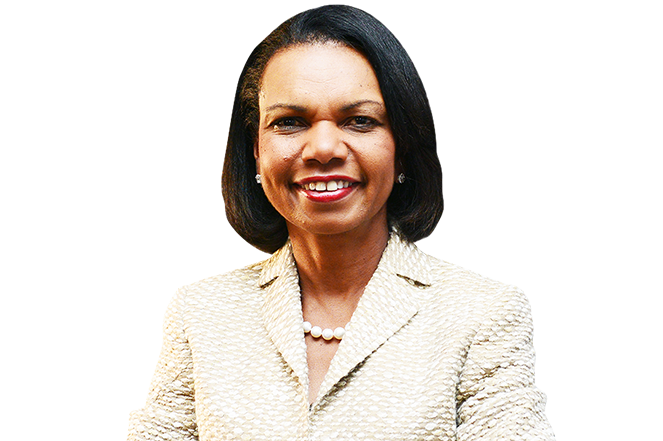 Democracy: Stories from the Long Road to Freedom (Twelve) by Condoleezza Rice begins with the former secretary of state’s own story, in which she writes that as a child she was part of “the second founding of America, as the civil rights movement unfolded” in her Birmingham, Ala., hometown, and finally expanded “to encompass people like me.” For these racially divided times, Rice provides a good way to begin a chronicle of democracy around the world—and to consider U.S. foreign policy from Bush 41’s “New World Order” to Trump’s “America First” era.

Rice is an honest broker, accurate in her data and candid about mistakes—like pushing (under Bush 43) for elections in Gaza. She was confident Hamas would lose when in fact it won and has ruled with an iron fist ever since. But democracy promotion isn’t wrong, Rice argues, only hard. Her latest book may revive an increasingly isolated America and help it grow again. —M.B.

Please read the next section in our 2017 Books of the Year issue: “Kings and politics”