Jeffrey Bilbro’s Reading the Times (IVP, 2021) raises good theological questions about how Christians should consume news. Bilbro suggests that obsession with the present makes us lose track of past and future: We become dissatisfied and distracted, bowing to trivia and ignoring what’s important. He rightly cautions against assuming we know what God is doing when we hear either good or bad news, so we should avoid both premature joy and despair. We can benefit from what Blaise Pascal called a sanctified indifference, one based on a humble confidence that God is in control.

Bilbro writes well. His vantage point high up the ladder of abstraction may leave many nonacademic readers impatient, but he can help all of us focus on two questions, whether we write letters, blog posts, or magazine articles: How will this piece of writing help those who read it to love their neighbors? How will it help them to live faithfully in the place and time God has placed us?

Bilbro also suggests that those who claimed Barack Obama would be a new messiah, or Donald Trump a new Cyrus, were showing “overconfidence in our ability to discern the working of Providence in the affairs of our time.” We should all take to heart Bilbro’s warning: “If your response to the news fits perfectly with any partisan narrative—whether a nostalgic longing to restore some idyllic time or a woke fury at those on the wrong side of history—it’s unlikely to be keyed to God’s eschatological victory.”

More than a year ago I mentioned in two sentences A.K. Sandoval-Strausz’s Barrio America: How Latino Immigrants Saved the American City (Basic, 2019). It deserves more. It gives a street-level view, literally, of the Oak Cliff neighborhood in Dallas and the Little Village neighborhood (also known as South Lawndale) in Chicago. In both deteriorating areas “migrants and immigrants restored the shopping streets and storefronts that had been emptying out in favor of suburban landscapes designed around the automobile.”

Latino walking culture saved businesses. A tradition of “strong social ties in shared public space” reduced crime: “People spent time in front of their homes, creating active social scenes along sidewalks and streets. Children played safely in the enclosed area of the front yard, where they were supervised by parents and grandparents.” A new culture showed the truth that Jane Jacobs offered in her 1961 classic The Death and Life of Great American Cities: “Eyes upon the street” are important.

Sandoval-Strausz includes a political note. President George W. Bush gained reelection in 2004 by winning 40 percent of the Latino vote nationwide, including half of Latinos in Texas and more than half in Cuban-influenced Florida. Republicans seemed on their way to securing support and creating a slow path to citizenship by passing immigration reform in 2005, but a backlash killed it. Fifteen years later, Republicans bragged that Donald Trump received 32 percent of the Latino vote. 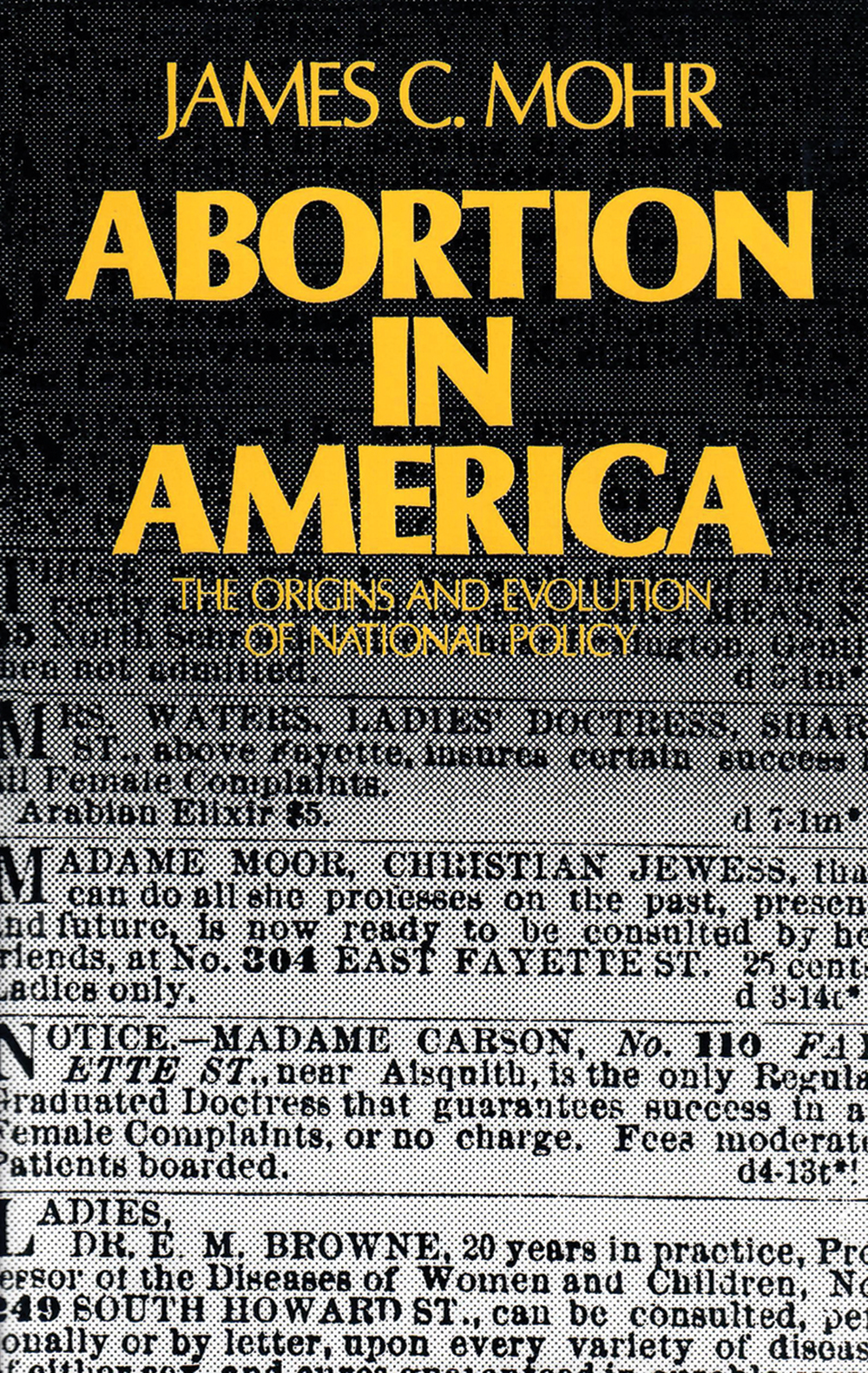 Presuppositions play a huge role in scholarship. The go-to history book for abortion proponents is still James Mohr’s Abortion in America (Oxford University Press, 1978), but he admittedly didn’t understand why 19th-century doctors saw “human life per se as an absolute.” Duh, because there’s a baby?

Mohr provided useful information but rarely connected the dots. He noted accurately that “Before 1840 abortion was perceived in the United States primarily as a recourse of the desperate,” but he couldn’t figure out why middle-class women became customers during the next two decades. Not inexplicable: A midcentury New Age movement advocated “free love”—and abortion whenever love proved expensive.

But Mohr’s book does open the door for a Supreme Court transformation of Roe v. Wade. He claimed that in early America abortion cases hinged on when the unborn baby showed the ability to move. Today’s court could emphasize movement—doctors can hear beating hearts at six weeks—and uphold some recently passed protective laws. —M.O.