Triplicate (Columbia), Bob Dylan’s third consecutive album of Frank Sinatra–era pop standards, is actually three individually titled albums packaged together—’Til the Sun Goes Down, Devil Dolls, and Comin’ Home Late. Each one is 10 songs and 32 minutes long. “It’s better that they come out at the same time,” Dylan has said in an interview for his website, “because thematically they are interconnected.”

One might have to be Dylan himself to identify the interconnectedness. To enjoy the album(s), though, one need only be up for a “Sentimental Journey” (Disc 3, Track 3).

The discs lead off with up-tempo numbers (“I Guess I’ll Have to Change My Plan,” “Braggin’,” “Day In, Day Out”), their suave swing accented by jaunty horns. But, except for “The Best Is Yet to Come,” which occurs mid-disc on Devil Dolls, the unvaryingly slow tempos of the songs that follow dissipate the initial momentum. Only listeners who love the material (mere liking won’t do) and/or Dylan’s well-worn croon will easily stay focused. 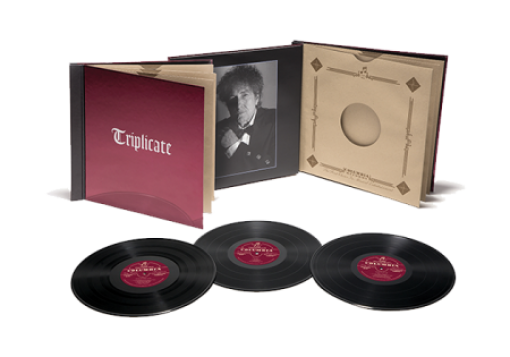 Happily, the material is easy to love, issuing as it does from some of America’s finest songwriters. And Dylan’s voice, although more frayed than on 2015’s Shadows in the Night and 2016’s Fallen Angels, suitably conveys his emotional investment in what he’s singing, even when the songs that require him to hit and to sustain high notes find his reach exceeding his grasp.

Still, it’s tempting to wonder whether the 30 performances could have been boiled down to a more potent essence, in part because they already have. Prior to Triplicate’s release, Columbia released a “streaming only” 10-song sampler to whet critics’ and radio programmers’ appetites. The contents, evidently selected and sequenced with care, hold up at least as well as those of Triplicate’s discrete discs.

Had that sampler been the official release, the 20 leftover songs could’ve seeded a future installment of Dylan’s Bootleg Series. 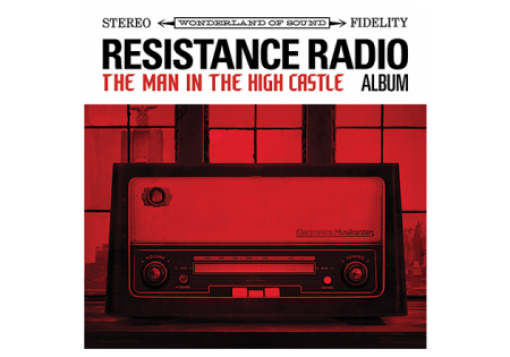 Songs of the resistance

Another album of thoughtful interpretations currently generating a buzz is Resistance Radio: The Man in the High Castle Album (Columbia). The subtitle refers to The Man in the High Castle, an Amazon TV series based on Philip K. Dick’s novel of the same name. Set in 1962, the show dramatizes what the United States might have been like had the Axis powers won World War II.

Season 2 contains references to a pirate-radio station that broadcasts “unapproved” (essentially nonclassical) music to bolster the morale of the “resistance” (militant holdouts against the uneasily allied Germans and Japanese). It’s this station’s gestalt that Resistance Radio’s producers Sam Cohen and Brian Burton (aka Danger Mouse) have attempted to evoke.

Their strategy: Take 18 songs popular (or at least “bubbling under”) circa 1962, record and mix them using the actual or approximate technology and approach of the time (the synthesizer on “All Alone Am I” comes straight out of the Joe Meek playbook), and convince a Who’s Who of current artists—some famous, most obscure—to have a go at the vocals.

The singing ranges from the imaginative (Kevin Morby’s distinctly Lou Reed–like rendition of “I Only Have Eyes for You,” Beck’s distinctly non-Elvis–like rendition of “Can’t Help Falling in Love”) to the lustrous (Sharon Van Etten’s “The End of the World,” Karen O’s “Living in a Trance”). And all of it partakes of the dystopian spirit implicit in the album’s concept.

But, as with the stronger stretches of Dylan’s Triplicate, it’s the time-tested material itself, as much as and maybe more than the execution, that accounts for the project’s coherence and listenability. —A.O.