“Men have forgotten God: that’s why all this has happened.” Elderly Russians in the last century, asked why so much had gone so wrong in their country, gave that summary. Alexander Solzhenitsyn called it the most “precise and pithy” explanation.

But who helped them to forget? We could talk about the omnipresence of sin, or we could cite two of the 19th century’s geniuses, Karl Marx and Charles Darwin. Going back further, we could look at the teaching of two Germans, Immanuel Kant and G.W.F. Hegel, or two English speakers, Francis Bacon and David Hume. Since, as Mark Twain said, life is too short to learn German, let’s stick here to Bacon (1561-1626) and Hume (1711-1776).

Francis Bacon by David Innes (P&R, 2019) shows how the son of a deeply devoted Calvinist mother and a politician father was unimpressed by medieval inventions such as gunpowder, spectacles, and stirrups: “They were ad hoc and came by accident, driven by practical necessity.” Bacon emphasized the scientific method and “showed the way to a steady and ever swelling flow of inventions.”

Bacon’s ideal community lacked a church, but a resident had no need of shepherding because he was naturally “civil” and believed in science: “Beyond this he neither knows anything nor can do anything.” Religious beliefs and ethical claims are merely personal opinions. Innes explains well how Bacon’s faith in the rule of materialistic science caught on: Darwin said he “worked upon the true principles of Baconian induction.”

James Anderson’s David Hume (2019) is also part of P&R’s Great Thinkers series. Hume, born in Edinburgh in 1711, turned Biblical history upside down by claiming the earliest form of religion was a crude polytheism. He objected to accounts of miracles, such as the resurrection of Jesus. Hume died in August 1776, one month after America declared independence, and left behind his declarations of independence from Biblical truth.

Anderson shows clearly how Hume took Bacon’s emphasis on experimentation and observation and applied it not to the natural sciences but to human nature and all fields of study. Revelation cannot be adequate reason for action: Experience rules. Jeremy Bentham and John Stuart Mill applied Hume and developed utilitarianism: Anderson points out that abortionists justify their work by contending that an unwanted pregnancy creates unhappiness. Followers of Hume scoff at talk of life after death because it cannot be verified. (Of course the absence of an afterlife also cannot be verified.)

Anderson critiques Hume’s contention that “our intellectual faculties—specifically, reason and experience—are competent in themselves to make judgments about what is true and right. … Moral norms become entirely subjective and contingent.” In Edinburgh last year I saw two statues about the length of a football field from each other: One of Hume, one of John Knox. Although American colleges typically started out in Knox’s corner, most now embrace Hume’s naturalistic worldview. For now. 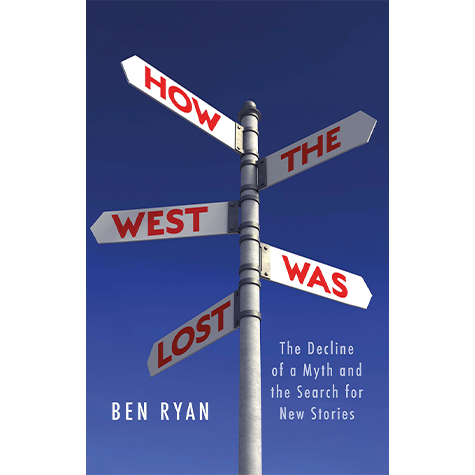 Ben Ryan’s How the West Was Lost (Oxford, 2020) is a pessimistic book that emphasizes the loss of “distinctive Christian intellectualism” and republican values of liberty, equality, and solidarity. His capsule looks at Poland, Hungary, and other countries are valuable, and his analysis of lost faith among the young and the lower middle classes seems accurate. Ryan suggests that Europe and America lived by a myth of progress and need to “forge a new common myth of the West,” perhaps through environmental politics, perhaps by taking in refugees or reducing inequality. But without a sense of Christianity’s objective truth we stand on the sinking sand of Bacon and Hume.

Baseball fans should take a peek at Ballparks: A Journey Through the Fields of the Past, Present, and Future (Chartwell Books, 2018). The title by including “future” overpromises, but author Eric Enders does an excellent job on present and past, including big photos of quirky ballparks and documentation of the bad multipurpose stadia that reigned from the 1960s to the 1990s.