Taliban insurgents entered Kabul on Sunday, seizing government posts in the capital they themselves had vacated nearly 20 years ago at the start of the U.S. war in Afghanistan. The city’s capture came as the Afghan National Army dissolved and President Ashraf Ghani boarded a flight out, saying he wanted to avoid bloodshed.

“The war is over in Afghanistan,” declared Taliban spokesman Mohammad Naeem at a press conference. By Sunday evening the insurgents roamed the halls of the abandoned presidential palace in Kabul, a potent symbol of what has transpired. Taliban militants in 1996 hanged from a traffic light pole the brutalized body of ousted President Mohammed Najibullah, signifying the defeat of the Soviet Union’s decadeslong effort to subdue Afghanistan.

The total defeat of the U.S.-backed Afghan government came at the end of a lightning romp by the group since President Joe Biden on April 13 announced the United States would complete its withdrawal. By May 1 a Taliban offensive was fully underway, catching departing U.S. and NATO forces off guard, leaving Afghan army units without crucial air cover and surveillance systems they had grown accustomed to.

By mid-July Taliban forces controlled districts in all regions of the country. And in just 11 days they took control of most outlying provinces and all major cities before the advance on Kabul.

The takeover leaves the full U.S. withdrawal in doubt, even as Afghanistan has descended into unprecedented disarray. Thousands of U.S. Marines began arriving at the airport early Sunday—part of a redeployment of 6,000 U.S. troops authorized by Biden—to ensure the safety of departing U.S. Embassy employees and other Americans. 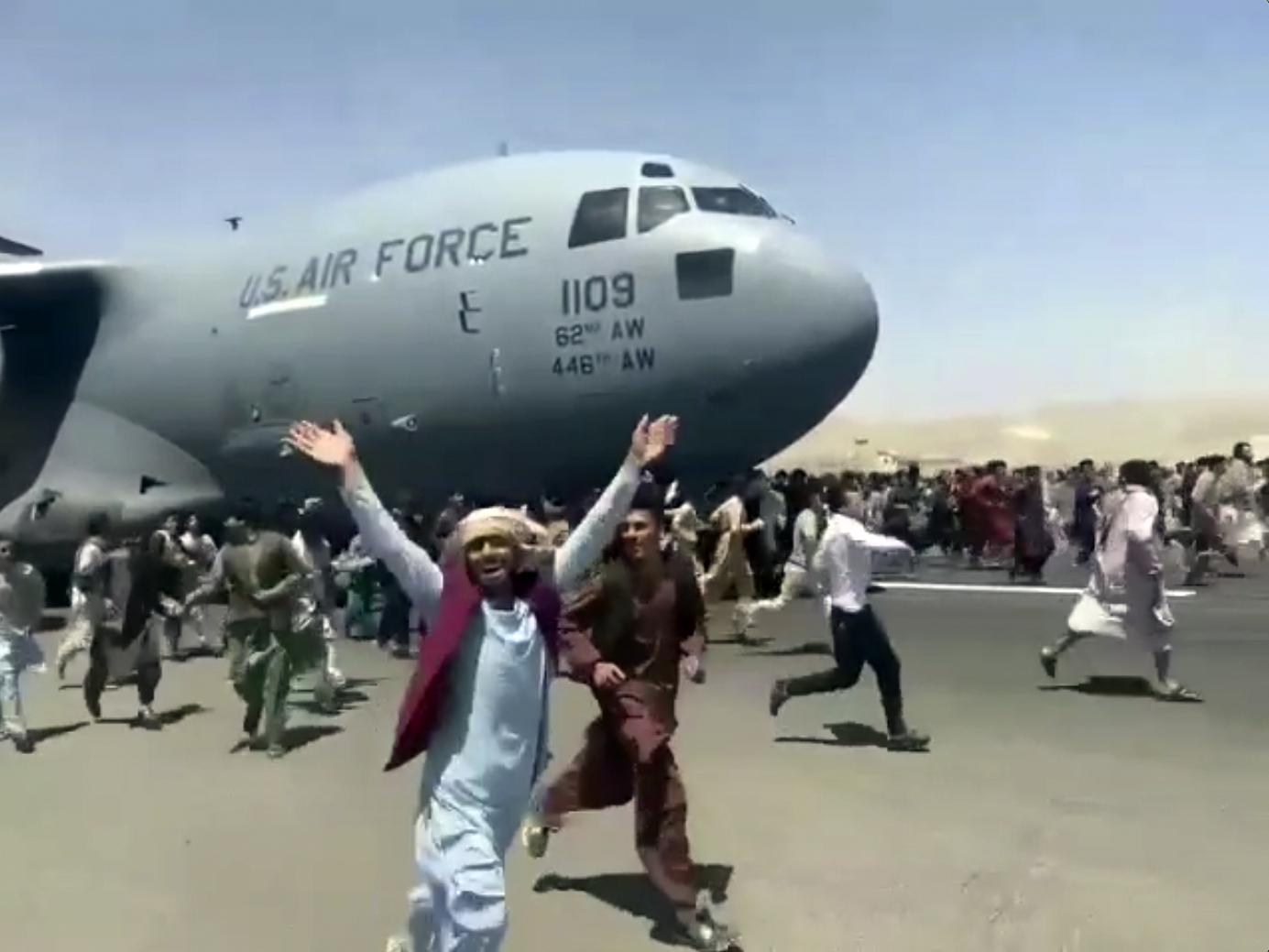 Hundreds of people run alongside a U.S. Air Force C-17 transport plane as it moves down a runway of the international airport, in Kabul. Verified UGC via AP

By Sunday night U.S. military operators had taken over air traffic control at the Kabul airport, denying the departure of most commercial flights already booked by Afghans. As a result, about 800 people tried to board a lone flight for Istanbul, with capacity for about 300 passengers. A member of the Afghan Parliament aboard that flight, Naheed Farid, told me by phone as the flight landed in Turkey that passengers were upset and security and logistics made it too difficult to talk.

On Monday desperate Afghans thronged the international airport on the outskirts of Kabul, their only remaining exit from the country. At least seven people were killed as sporadic gunfire pierced the early morning light of a tarmac swarming with those determined to board flights—some clinging to a U.S. Air Force cargo plane as it taxied the runway.

The Taliban wasted no time threatening Kabul residents who only days before lived free. The city of 5 million has swelled to accommodate tens of thousands of Afghans fleeing rural districts Taliban fighters had captured earlier. Many are camped in vacant lots, some using military-grade parachute canopies for shade. The U.S. Embassy in Kabul said it had received reports of the Taliban executing members of the Afghan military who surrendered. Taliban fighters reportedly beheaded an Afghan interpreter who worked for the U.S. military. 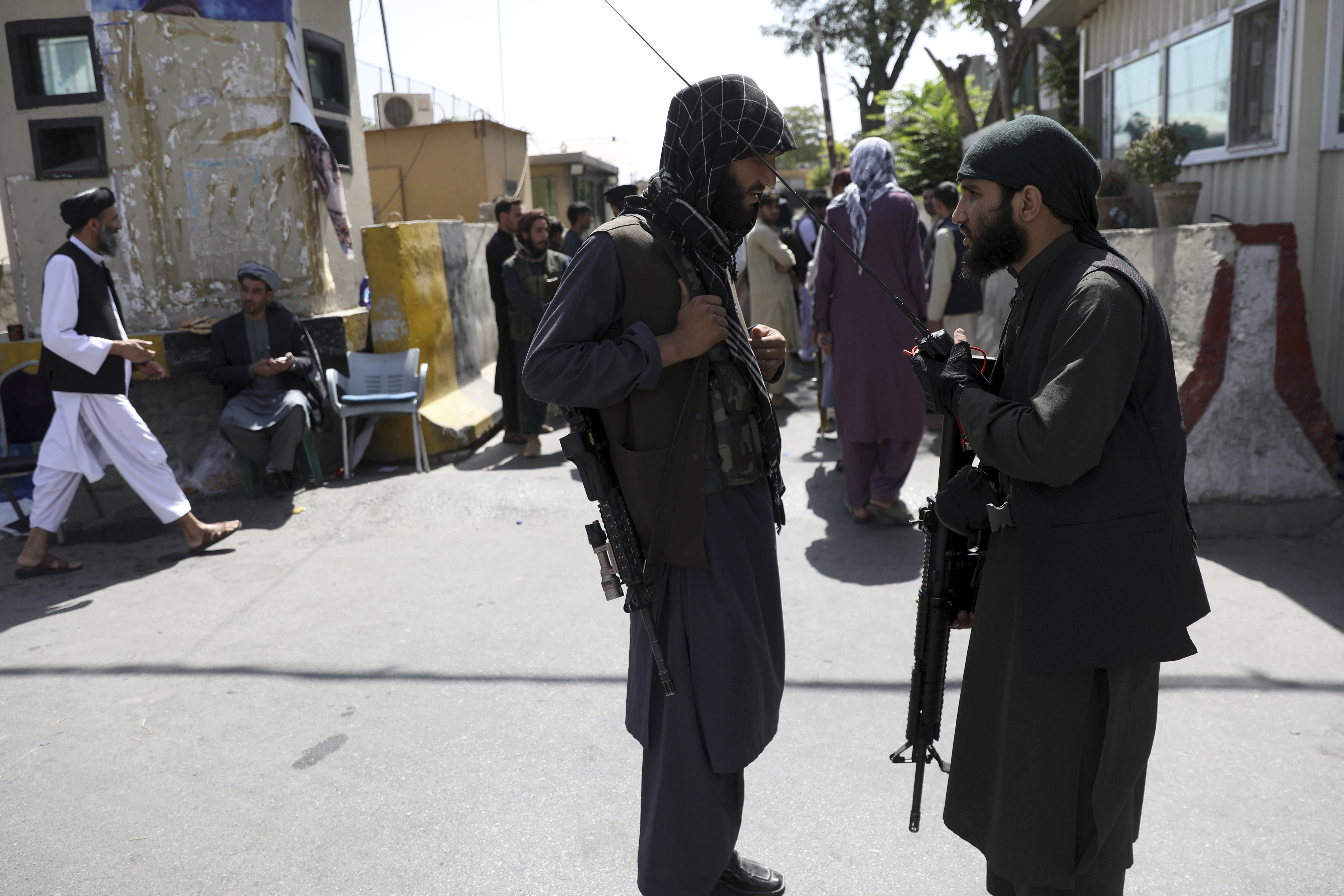 Afghan soldiers have contacted their U.S. military counterparts, with one reporting: “Terrorists are going door to door and killing pilots and SOFs [special operations forces], raping their families, and taking their houses. Two of my friends were shot dead. In Kabul.”

Taliban checkpoints multiplied across Kabul overnight, report residents. One, who works for the Afghan government, told family members she was stopped on the street Sunday and feared being taken into custody. She escaped to her home, where she and her husband, who worked for the Afghan army, are sheltering with phones turned off. Many residents are staying in their homes or trying to flee to neighboring countries, with businesses closed and phones turned off to avoid detection.

“Everything is shut down,” said David Paiman, an Afghan-American who pastors a Dari-speaking church in the United States and mentors house church leaders in Afghanistan. “The Taliban tells people they should go back to work, but no one trusts them, and people are staying home.”

Banks in Afghanistan are closed, making it impossible for Afghans to access or move money.

Paiman has family members scattered across Taliban-controlled territory who have been forced into hiding. Even those with valid visas to travel abroad, he said, can’t leave. The earliest flights are for September, they tell him.

Even before the Taliban cemented control of the country, Taliban militants were targeting Christians, said Paiman. One leader of a house church network (with more than 500 members) received on Aug. 12 a letter signed by Taliban militants threatening him and his family. “We know where you are and what you are doing,” it read.

On Sunday the militants visited the leader’s home, but he and his family weren’t there. Others, according to Paiman, have also received threats and visits. Taliban members took a 14-year-old daughter from one of the families. They left their home not knowing their daughter’s fate.

“These families do not want to leave Afghanistan, but they are really scared,” said Paiman. Christian believers have continued to connect online but cannot meet together. Internet service is functioning, but many have turned off their phones and moved to undisclosed locations.

The local Afghan Christian community has long faced threats. Composed entirely of Muslim converts, the church gathers in homes and online for fellowship and teaching. In recent years its leaders have faced harassment from Afghan government officials even though the constitution has protected them.

With church numbers growing, in 2019 some church leaders agreed to change their religious affiliation on national identity cards all Afghans are required to carry. The reason: They wanted their children and future generations to be able to publicly own a Christian identity.

Not all church leaders agreed with the decision, Paiman said, but about 50 applied for changes to their ID cards. Thirty, he said, finished processing the change by the time of the Taliban takeover. Government records now identify them as Christians, and Paiman believes that is how the Taliban are targeting them.

Canada has offered to extend visas to targeted Christians and other non-Muslims, according to Paiman. But it’s becoming impossible to apply for them after Western embassies shut down Sunday. With border closures, reaching another country to seek asylum or apply also looks impossible.

“To see U.S. troops bringing out Americans when our own people are suffering so much—it hurts,” said Paiman. “They are going through fire.”

Kabul-based nongovernmental organizations (NGOs) say they remain under threat. Several heads of groups I spoke to are still trying to evacuate staff. One, who asked not to be named due to threats, said the Taliban has confiscated most of the cars owned by NGOs. “They have taken over some homes and one of our offices at this point. It’s very violating.”

NGO workers had to destroy documents and burn other material ahead of the Taliban’s arrival, but they have been unable to evacuate all workers. “Pray for those who can’t leave,” he said. 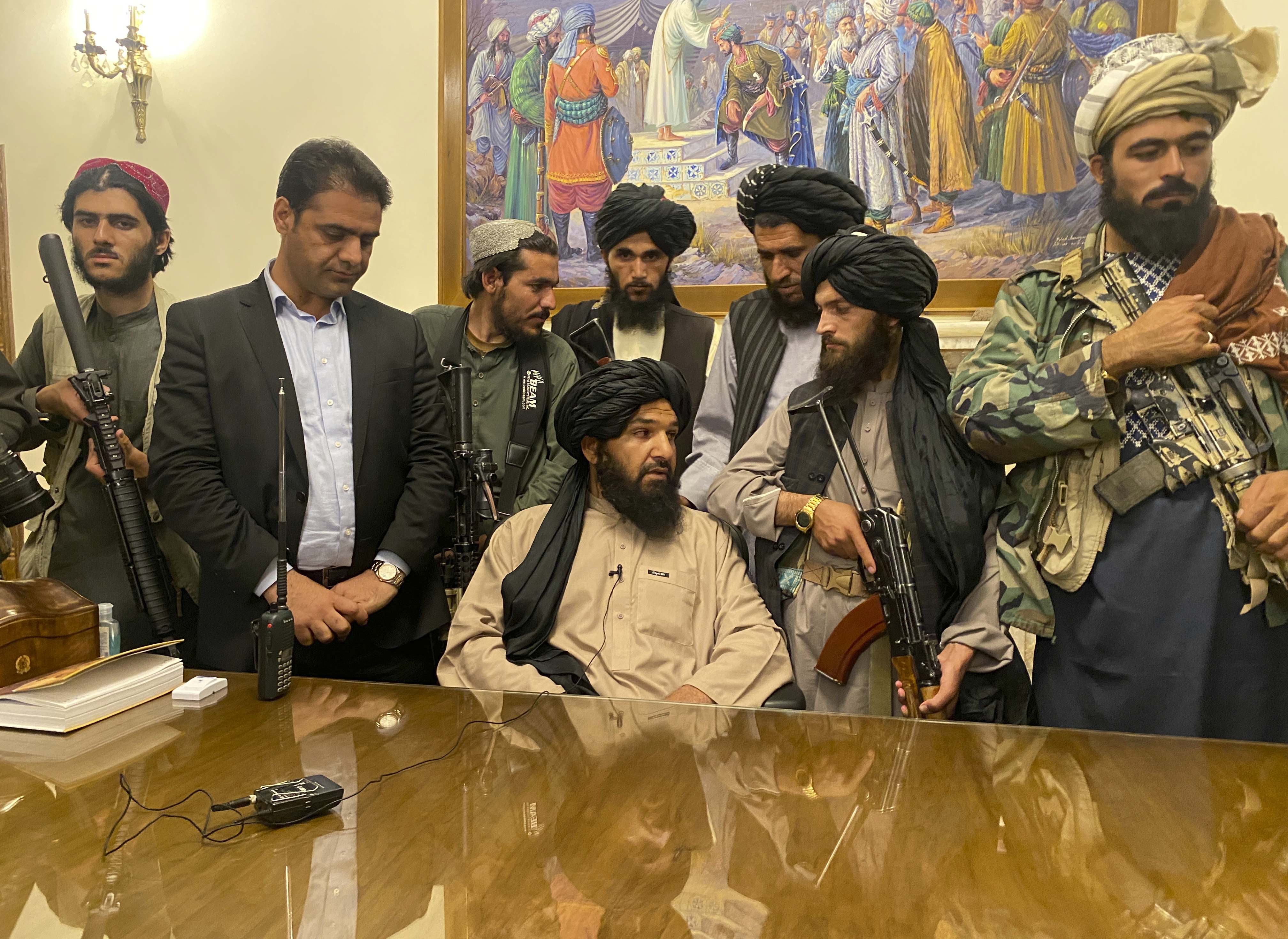 The U.S. Commission on International Religious Freedom (USCIRF) called on the State Department in April once again to designate the Taliban “an entity of particular concern” for its violations of religious freedom, a move that can lead to sanctions and other restrictions. The Taliban takeover, said USCIRF chair Nadine Maenza, “is the worst possible development for religious minorities. While most from these communities left Afghanistan in recent years, those that remain, and women in particular, are now in imminent danger.”

Even as outcry and questions mount over the execution of the U.S. withdrawal, the Biden administration doubled down in its determination to exit the country no matter the toll on ordinary Afghans. Secretary of State Antony Blinken in Sunday media appearances insisted the United States was pursuing “an orderly departure” despite the chaotic scenes in Kabul.

Biden on Saturday issued a statement saying he “inherited” the agreement with the Taliban signed by former President Donald Trump to exit Afghanistan, and he would abide by its terms even as the Taliban blatantly has not. Sending troops back, he made clear, is to protect Americans, not the Afghans who have endured two decades of a U.S.-led war.