The story of a song

I’ve enjoyed some Erwin Brothers productions—Christian-themed films helmed by Alabama brothers Jon and Andy Erwin—more than others. Their first effort, October Baby (2011), showed refreshing skill and attention to quality in a genre that too often earns easy praise from churchgoing audiences. The first half of their sophomore effort, Moms’ Night Out (2014), proved they could handle storytelling’s biggest challenge: making audiences laugh. While their third outing, Woodlawn (2015), was my least favorite, certain aspects still demonstrated their filmmaking chops. The brothers appear to be hitting their stride, though, with their fourth release, I Can Only Imagine.

The film tells the true story of how MercyMe lead singer Bart Millard came to write the most-played Christian song of all time, “I Can Only Imagine.” Anyone who’s been to church in the last decade probably knows or has sung it, but in a culture where un-Biblical heaven tourism books and movies abound, the song’s simple, sound reminder that no eye has seen what God has prepared for those who love Him is especially welcome.

In telling the story of how Bart watches God transform his abusive father from “a man [he] hated to a man [he] wanted to become,” the Erwins avoid the main problem that plagued Woodlawn. Rather than trying to flesh out too many plotlines, they focus solely on Bart and his relationship with his dad, giving us specific, believable characters.

This restraint carries over to other production elements. For instance, for the lead they resisted the temptation to cast a familiar face and instead went with big-screen newcomer J. Michael Finley. Finley has multiple credits on Broadway, and his clear, strong singing voice brings added authenticity to the role.

Another good choice: opting for actors Nicole DuPort and Jake B. Miller to play well-known Christian singers Amy Grant and Michael W. Smith rather than having the stars play themselves. No doubt having Smith and Grant on the promotional tour would have drawn some attention, but it wouldn’t have served the film. The minute either appeared onscreen, we’d forget about Bart’s story and start dwelling on trivialities like how our old favorites are aging. 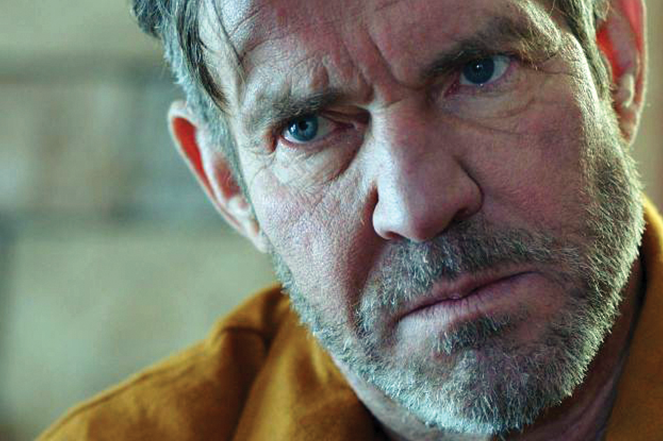 The real workhorse of the movie is veteran actor Dennis Quaid. As Bart’s abusive father, Quaid bears the heavy load of convincingly giving us both a monster and a repentant dad longing to connect with his son. Quaid impresses on both counts, drawing tears when he asks, “If God can forgive everybody else, why can’t he forgive me?”

Once Bart leaves for college and sets out on the road to CCM success, the story loses some steam and occasionally veers into schmaltz, as when Bart imagines his deceased father waving at him from a concert audience. And the film commits the common error of falling back on a montage where one or two fleshed-out, representative scenes would have had greater impact. But overall, I Can Only Imagine is an indie that does the song and its sentiments proud.

I’ve often witnessed Christian movies I don’t consider especially accomplished from an artistic standpoint strike a chord with moviegoers and put up impressive box office numbers. I’m usually glad enough to see it, but I’m thrilled when a well-done Christian film draws the audience it deserves. I hope I won’t have to only imagine this movie becoming one of those.