In 1970, the Harlem Globetrotters were at the peak of their popularity. Between the unit led by Meadowlark Lemon and Curly Neal and the unit led by Geese Ausbie and Marques Haynes, the roundball wizards played to stadiums full of ecstatic fans, spreading laughter and goodwill as only they could.

Perhaps the most striking proof of their stature as entertainers was Harlem Globetrotters, a CBS Saturday-morning cartoon in which animated versions of the players defeated hapless opponents while solving mysteries and crimes à la Scooby-Doo.

Each episode’s climactic montage was accompanied by a song. And each song came from a soundtrack album simply called The Globetrotters.

Three of the songs were written by Ron Dante (the Archies’ real-life lead singer). Six were written by the dynamic Brill Building duo Neil Sedaka and Howard Greenfield. The suppliers of the remaining four were the R&B veterans Rudy Clark and Kenny Williams, a team that three years later, along with the Cadillacs’ J.R. Bailey, would earn a Grammy nomination for composing the Main Ingredient’s “Everybody Plays the Fool.”

Clark, Williams, and Bailey (joined by the session singers Sammy Turner and Robert Spencer) also provided the vocals. But neither they nor the musicians appeared in the credits, the bare-boned nature of which served to create the impression that it was the Globetrotters themselves who were making such joyful noise. (Lemon participated but only as a barely audible background singer.)

The album didn’t sell, although one of its singles, the Sedaka-Greenfield-penned “Rainy Day Bells,” has gone on to become a staple of the Carolina “beach music” scene. 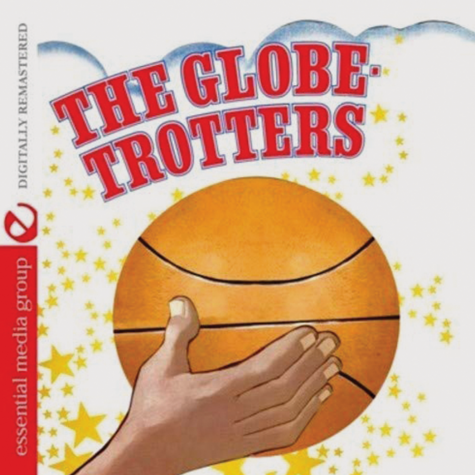 Once in a while, however, The Globe­trotters gets reissued. And although the somewhat-expanded, just-released, digital-only 50th-anniversary edition currently listed on Amazon is really the same somewhat-expanded digital-only edition that has been available on iTunes since 2014, the album’s semicentennial is an occasion worth marking if only for the same reason that anything regarding the Globetrotters deserves a salute: They were, and are, one of the greatest forces for good ever to emerge from the USA.

The details can be found in Ben Green’s eminently readable Spinning the Globe, which documents the team’s segregation-era origins, its internal and external conflicts, its exhilarating highs, and its heartbreaking lows.

Most of all, though, the book documents the myriad ways that the players have defused racial animosity wherever they’ve gone, simply by being almost too good to be true.

The Globetrotters is a fitting souvenir.