A century of authoritarian politics has left a bloody history, and the atrocities continue

Chinese President Xi Jinping, center, waves above a large portrait of the late leader Mao Zedong during a ceremony to mark the 100th anniversary of the Chinese Communist Party at Tiananmen Gate in Beijing on Thursday. AP Photo/Ng Han Guan

A century ago, about a dozen communists, including a young Mao Zedong, met in a deserted school in the French Concession of Shanghai, China. Henk Sneevliet, a Dutch agent from the Communist International, had arranged the meeting, according to Jonathan Fenby’s The Penguin History of Modern China. When a stranger peeked into the school, members of the group, fearing he was a police spy, moved their meeting to a boat on a lake, where they declared the establishment of the Chinese Communist Party (CCP).

This Thursday—100 years later—Chinese leaders held a massive celebration in Beijing’s Tiananmen Square, with thousands of performers in color-coordinated outfits waving Chinese flags, singing patriotic songs, and cheering as Chinese President Xi Jinping gave a speech from the balcony of Tiananmen Gate above a giant portrait of Mao. Xi credited the party for transforming China into the second-largest economy in the world with the largest military force in the world.

Without naming the United States and other Western countries that have recently criticized China’s human rights abuses, Xi issued a defiant warning: “The Chinese people will absolutely not allow any foreign force to bully, oppress, or enslave us, and anyone who attempts to do so will face broken heads and bloodshed in front of the iron Great Wall of the 1.4 billion Chinese people.”

The Chinese government has celebrated the CCP’s centenary with a spectacular outdoor gala chronicling the party’s history, the opening of new museums, a rush of “red tourism” to sites connected with the party, and the promotion of propaganda slogans (“Listen to the party, appreciate the party, follow the party”). The retelling of the party’s history now focuses on its early struggles, such as the Long March, and its recent rise to world superpower. 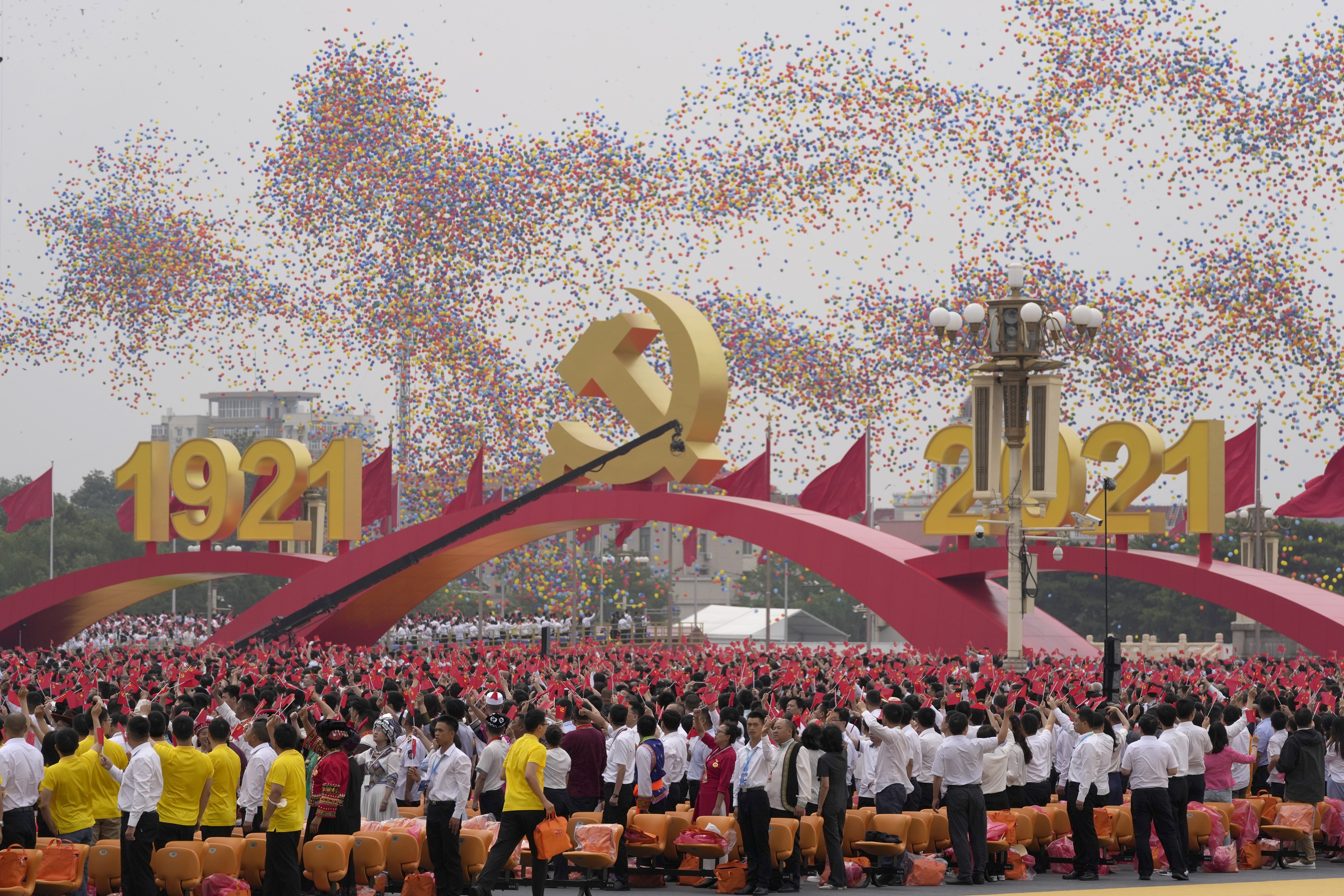 Lost in the narrative is the series of horrific policies that led to millions of deaths and impoverished the country. Those policies include the mass starvation caused by Mao’s misguided Great Leap Forward (1958-1962), the widespread killings and the destruction of cultural sites during the Cultural Revolution (1966-1976), and the bloody crackdown of the Tiananmen Square massacre (1989).

And while China’s opening up in the 1980s led the country to embrace capitalism and move toward greater freedom of religion, press, speech, and rule of law, those gains were reversed after Xi came to power in 2012. The most powerful Chinese leader since Mao, Xi has weeded out foreign influences, cracked down on churches, locked up dissidents, censored the internet, and thrown more than 1 million Uyghurs into a network of reeducation camps. Moreover, he’s abolished term limits and is expected to start his third five-year term next year.

The clearest example of Xi’s steely grip: this past year’s transformation of Hong Kong from a bastion of freedom in China to just another Chinese city. July 1 is also the anniversary of the city’s 1997 handover to China, an occasion Hong Kongers typically mark with massive pro-democracy protests. Yet this year, police patrolled the streets, set up cordons, and arrested 11 people on suspicion of distributing “seditious publications.” Any speech critical of the CCP can be interpreted as a breach of the national security law Beijing imposed on the city a year ago. 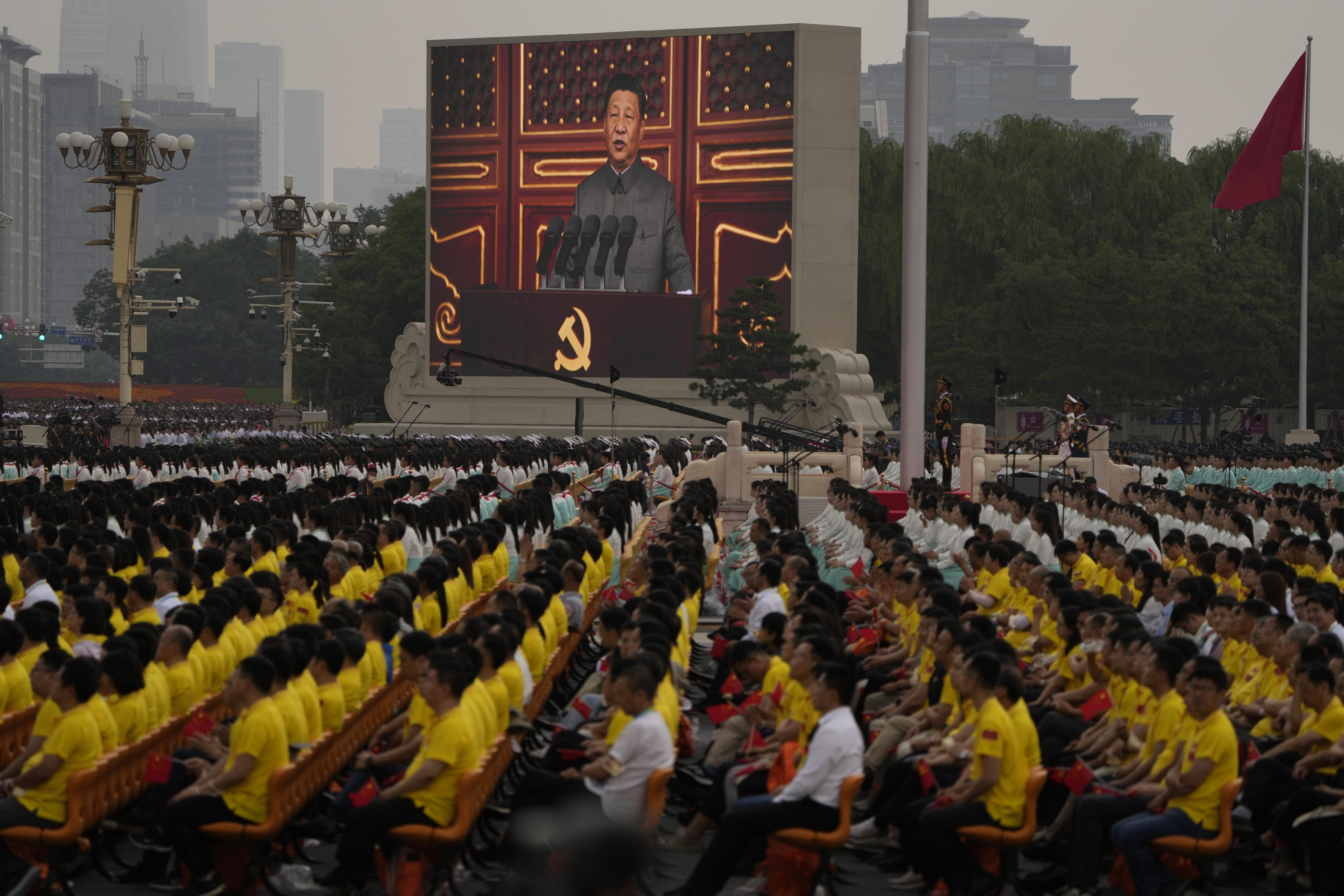 In mainland China, many Chinese see Xi’s clampdown on Hong Kong as a sign of strength. Although Chinese social media revealed citizens’ anger at how the government initially dealt with the coronavirus outbreak, they later cheered to see how the government’s tight restrictions brought the virus under control while other countries floundered. A portion of Chinese netizens has grown increasingly nationalistic.

Yet dissatisfaction is peeking through the cracks. Cai Xia, a retired professor of Beijing’s Central Party School, recently began criticizing the CCP publicly, according to The Wall Street Journal. In a paper the Hoover Institute published this week, Cai noted that while China looks strong from the outside, the party is deeply divided. She urged the United States to abandon “naïve” hopes of engagement with Beijing. While U.S. leaders view China as a competitor, the Communist Party views the United States as an adversary, she wrote.

Despite the theatrics of Beijing’s centenary celebration, Bob Fu, president of Texas-based ChinaAid, believes the CCP’s lasting legacy is a trail of dead bodies, including millions of babies aborted through the country’s family planning system: “The CCP will be remembered as the single political party through which the largest number of human lives were arbitrarily lost because of its political ideological orientation.”

Readings on China: To better understand China and the Chinese Communist Party, read Marvin Olasky’s review of 52 books about China.