The bigger they are…

It’s been a rough year for the big players in the streaming industry. Profits are down and subscriber growth has slowed. Executives face pressure from Wall Street to turn things around, and many analysts see a winnowing on the near horizon. But despite the doom and gloom, a couple of smaller, family-friendly streamers find themselves standing in the light.

One secret may be knowing your audience. Giants like Netflix and HBO Max have taken a spray-and-pray approach, offering content as fragmented as the culture itself, trying to be all things to all viewers. Meanwhile, Angel Studios and Pure Flix, both faith-focused streaming companies, have concentrated on offering clean content aimed straight at families. The result: Niche players are growing while the giants crash to earth like so many fallen idols.

Legacy entertainment execs thought streaming would be a financial bonanza. The pandemic hastened shifting preferences as people found they preferred watching on-demand content from the comfort of their living rooms. Locked out of other entertainment options, consumers were ­willing to spend more on streaming. Netflix was the undisputed leader, but other media companies launched their own services, ­hoping to claim a piece of the market. At first Wall Street gave these companies space as they aggressively pursued subscribers. But this year investors grew impatient waiting for promised, yet elusive, profits.

As competitors nipped at Netflix’s heels, the company’s exuberant spending on original content—$17 billion in 2021 alone—started to look irresponsible. Instead of attracting more subscribers, growth slowed, and in 2022, Netflix shed subscribers for the first time since 2011. In less than six months, its stock value plummeted by two-thirds, and the company announced layoffs and cost-cutting measures.

Other streamers found themselves in similar waters. Warner Bros. Pictures had almost finished its HBO Max exclusive movie Batgirl when CEO David Zaslav decided to pull the plug on the $90 million project. Zaslav decided the tax benefit for writing off the movie as a loss outweighed the value of any potential new subscribers. Similarly, Disney+ showed phenomenal growth in its first three years, fueled by a slate of big-budget Star Wars and Marvel series. But the company’s three streaming platforms lost $1.5 billion in the last quarter alone, dragged down by spending on original content. The board dismissed Disney CEO Bob Chapek and called back former CEO Bob Iger to set things straight.

But as industry icons scramble to stay alive, upstarts like Pure Flix expect to power through the shake-up by focusing on their core mission. CEO Michael Scott says Pure Flix, which is owned by Sony, isn’t trying to attract everyone—just the family-values crowd. 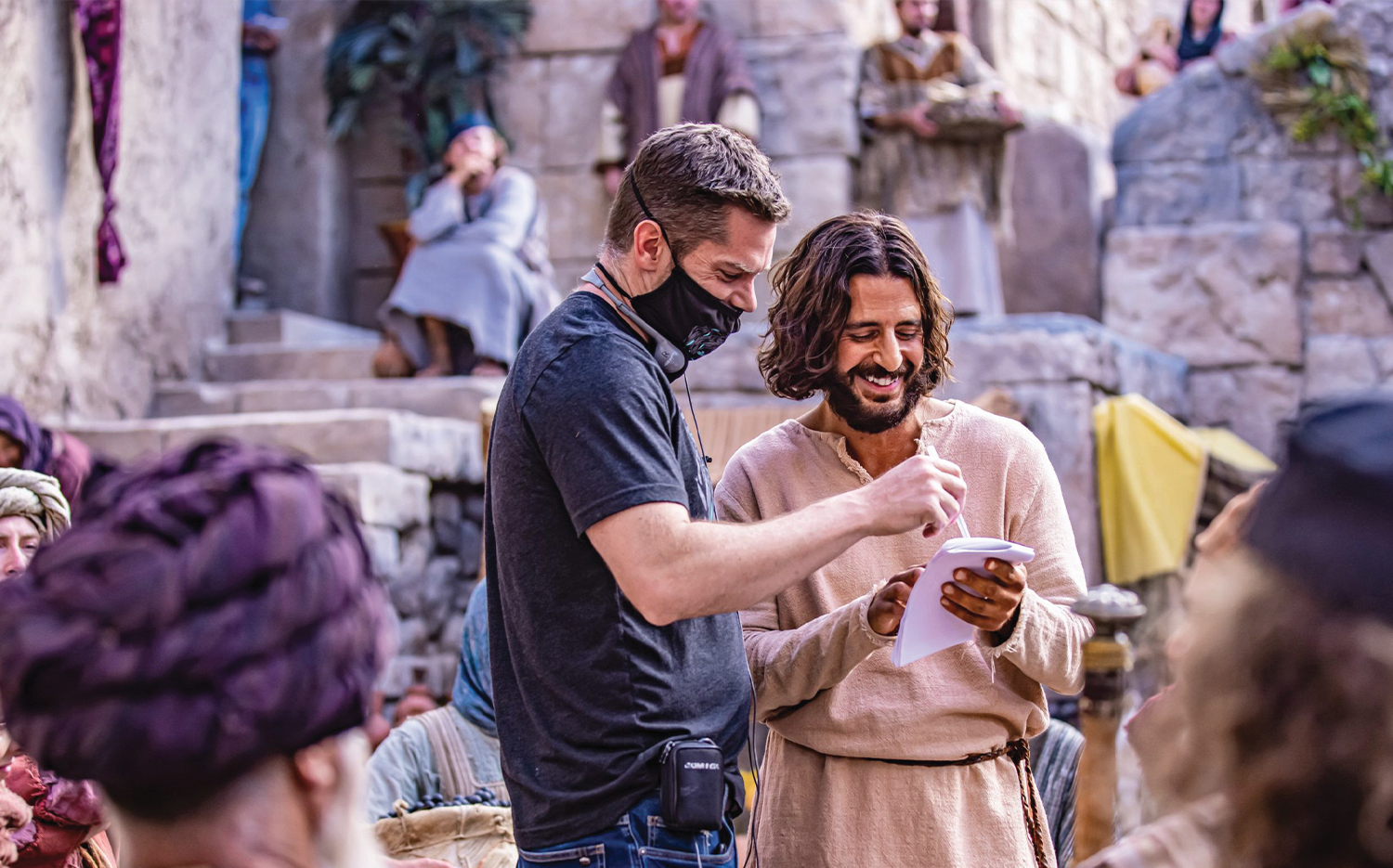 Like Netflix, Pure Flix invests in original content—18 to 20 new series and movies a year—but unlike Netflix, Pure Flix aims to keep spending tied to revenue. “You have to create in line with your membership base,” Scott says. “You’ve got to watch your costs to make sure that you’re not out of line with the amount of subscribers you have and where you’re headed.” He says as subscriptions grow, Pure Flix increases the amount of original content and improves the quality of that content.

Pure Flix doesn’t disclose subscriber numbers, but Scott says tens of thousands of new people sign up every month to watch its library of about 3,000 titles. He says Christmas is an especially good season for the platform because people are looking for clean, faith-based content they can watch with the whole family.

Angel Studios, meanwhile, isn’t merely trying to find its place in streaming. It’s trying to disrupt the industry. The Harmon brothers—Neal, Jeff, and Jordan—who founded, then sold, the filtering service VidAngel, ­created Angel Studios to allow people to shape culture. The Harmons believe Hollywood’s streaming model is unsustainable and think innovation will allow them to create a platform for making uplifting content. Their biggest innovation was to shift to a crowdfunding model in which “angel investors”—for whom they named the company—decide what movies and series get made.

The new company grew out of their experience creating The Chosen with director Dallas Jenkins. More than 16,000 investors funded the first ­season of the show about the life of Jesus. The series was modestly successful when offered through subscription, but its popularity and profitability rose when the studio decided to give it away for free. The show made even more money from people who bought merchandise and opted to “pay it forward.”

Angel Studios has more projects in the works—some overtly Christian and created by evangelical Protestants, others not. Some critics express concern over the Harmon family’s association with Mormonism. But when asked about the connection, Angel president Jordan Harmon said, “We are the only studio that provides true and complete creative control to the creators.” He sees Angel’s job as that of facilitator. Fans decide what gets made, and creators decide how to make it, he says: “They’re the ones who get to make the decisions, not five executives in a room.”

Which might be a good thing since so many of those big-studio executives seem to be heading for the exits.