Thanks for the Wi-Fi

Praise for big corporations that provide oases for the homeless, knitting clubs, and roving reporters

When I’m not out and about reporting, I spend most of my working hours writing in coffee shops around New York, and the coffee emporium where I feel most comfortable is Starbucks. Indie coffee shops have that extra-tasty espresso, but they often lack bathrooms (public restrooms in New York are vital and hard to come by), friendliness, or any food beyond a $7 cup of granola.

Many hipster coffee shops in New York now eschew Wi-Fi and power outlets in an attempt to drive out the laptop worker bees like me. I’ve found they also blare music to try to prevent people from sitting in there on work phone calls. I get it: New York is a busy place where every square foot is in high demand.

But by comparison, big corporate Starbucks is an oasis of hospitality sitting on nearly every other block in Manhattan.

At every store, Starbucks offers Wi-Fi, a seemingly infinite menu, good seating, and bathrooms (well, usually). And now it has subscription partnerships with newspapers from The Wall Street Journal to The Tennessean—so when customers log on to the abundant, free internet, they have access to dozens of subscription-only news sources. Chris Arnade, author of Dignity: Seeking Respect in Back Row America (short-listed in our Books of the Year issue), recently made the point that Starbucks is becoming more welcoming to “the back row,” in a way that McDonald’s already is. 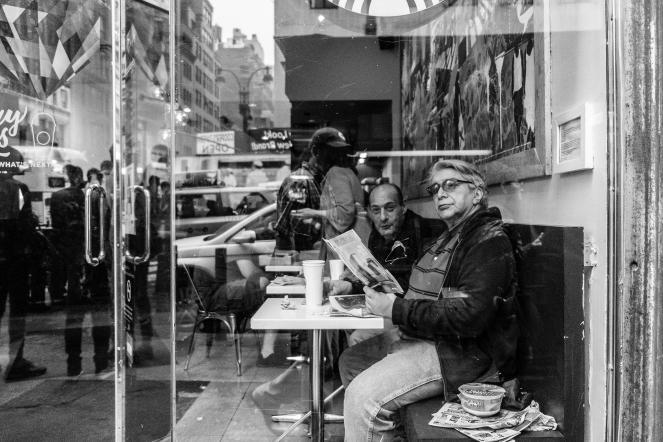 In my neighborhood Starbucks, I’ve watched Hasidic Jews study and argue over the Torah together and homeless people come in for free ice water and internet. Kids get bananas after school while their mom gets a latte. Once, a woman plunked herself down next to me and spent about half an hour calling her congressional representatives over a political issue.

A similar atmosphere pervades Whole Foods cafés in New York. Even if Whole Foods has an elitist reputation, it provides bounteous seating, water fountains, microwaves, and bathrooms with little staff policing. I’ve watched board game clubs meet to play the Settlers of Catan for hours, homeless people charge their phones, a knitting circle gather and gossip, and tutors meet with students to do homework. Of course I’m glad for local businesses, but some corporate giants do make the city just a little more hospitable.

Meet perhaps the only man in the world who knows how to clean IMAX screens.

“The wage regulation pushed customer prices up by nearly 20%, bringing Juno’s rides per day down to 25,000 immediately before the chapter 11 petition from 47,000 per day in 2017,” The Wall Street Journal reported.

People at the New York attorney general’s office enjoyed themselves in naming this case: “Operation Greased Runway” is an investigation into corruption at New York’s John F. Kennedy International Airport, and it just resulted in the indictment of a former British Airways executive for bribery. 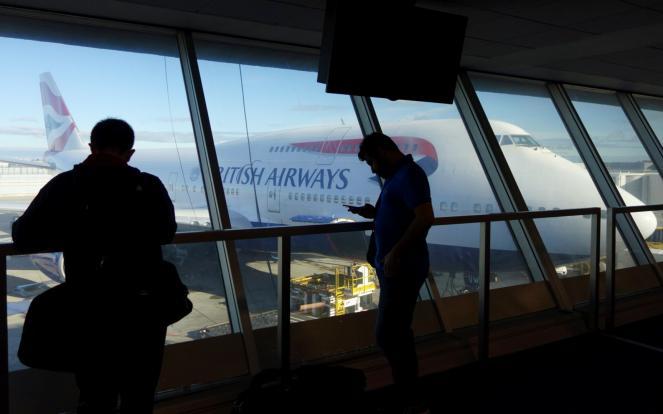 A view from a window at John F. Kennedy International Airport WILLIAM EDWARDS/AFP via Getty Images

Nerdwriter, a YouTuber who does fantastic pop culture commentary, has a new video on why Spotlight is a great journalism film.