“This is a chance to rebuild, to fight for the future,” a pretty, young Moscow reporter tells British freelancer Gareth Jones midway through the excellent 2019 film Mr. Jones. She’s convinced the Soviets are fighting for “the real people, the workers.” She tells herself that burying information on Stalin means restraining Hitler. She believes she’s a crusader on the right side of history, a moderating force for good.

So she declines to follow a few leads, neglects to question some narratives that might undermine the cause. She is one kind of corrupt journalist Jones, played by James Norton, encounters in his efforts to uncover the truth about how Stalin is financing his brave, new industrialized nation in 1933. And her idealism contributes to millions of deaths from state-orchestrated starvation.

The other kind of journalist Jones meets in the Soviet Union is even less principled, and to this day holds a Pulitzer Prize for the lies he told in the pages of The New York Times.

Brilliantly played by a greasy, snake-eyed Peter Sarsgaard, Walter Duranty is circumspect about the dictator. He knows what Stalin is, but acting as the Times’ man in Moscow affords him wealth, international fame, and opportunities to indulge in debauchery. 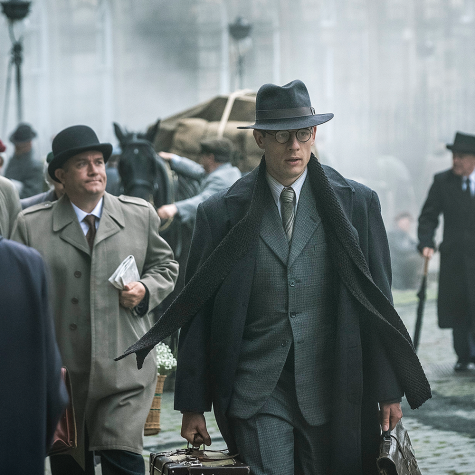 Jones, disgusted by Duranty’s cynicism, risks his life to travel to Ukraine to discover for himself what’s happening to the peasant population.

The images of starvation he sees there call to mind Old Testament passages like Jeremiah 19:9: “They will eat one another’s flesh because their enemies will press the siege so hard against them” (NIV). As far as the real Gareth Jones’ experience went, this sequence is somewhat dramatized. But it is representative of the widespread cannibalism that occurred in the region (so much so the Soviet government printed posters proclaiming, “To eat your own children is a barbarian act”). 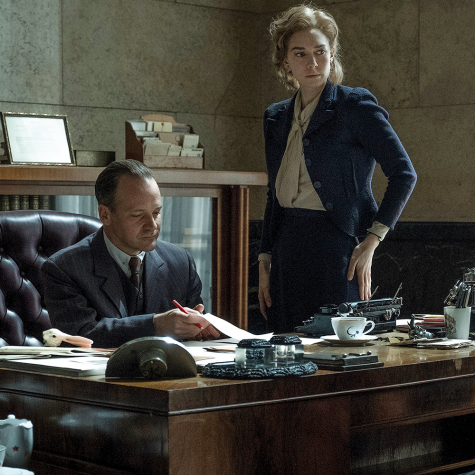 Yet for all the horror, Mr. Jones is ultimately an uplifting film. The fact that producers made it at all, with such an impressive cast, is something of a minor miracle. Jones’ example braces the viewer to champion the cause of candor, whatever the personal cost. It’s a lesson that goes far beyond one profession.

Back in England, the intelligentsia rolls its eyes at Jones’ tedious insistence on contradicting popular opinion, but he does inspire one other writer. “I could be writing romantic novels, novels people actually want to read,” George Orwell says through internal monologue. Instead, thanks to reporting like Jones’, he decides to tell the story of monsters through a tale of talking animals. “The future is at stake,” Orwell tells us. “So please, read carefully between the lines.”

Riches and honor and a long, comfortable life can be had for the price of suppressing truth, going along with the party line, or even just being careful not to look very hard. But as Mr. Jones’ unflinching gaze reminds us, doing so creates the darkness where democracy really dies.

Megan is film and television editor for WORLD and co-host for WORLD Radio. She is a World Journalism Institute graduate and author of Beside Every Successful Man: A Woman's Guide to Having It All. Megan resides with her husband, Brian Basham, and their two daughters in Charlotte, N.C.