Evert van Vlastuin spent 21 years as a foreign news reporter and editor, writing for Dutch readers. But today, he has a new audience. Now when he sits down in the Netherlands to report on current events, he’s writing for office workers in Romania. That new audience is part of a new challenge: making quality daily journalism available for all European Christians.

The Dutch newsman’s devotion to Biblical reporting started as a graduate ­student, when he came across a copy of Telling the Truth by WORLD’s former editor in chief, Marvin Olasky. Van Vlastuin said the book transformed his approach to reporting: “Christian journalism can help form a Christian worldview and help people orient themselves in the world, but it doesn’t just create a Christian worldview, it also has to start from that Christian worldview.” Van Vlastuin brought that mindset to his work at the Christian daily newspaper Reformatorisch Dagblad (Reformed Daily).

In 2018, a businessman approached the newspaper and told van Vlastuin he admired its work, but that it didn’t go far enough. The businessman had an office in Romania, and his Christian employees had no idea about issues relevant to believers. Christian media in the country have a devotional emphasis, but believers get their news from secular outlets. “So when you talk to them about gender policy or ideology, people have no clue what you’re talking about,” van Vlastuin said. “They have no idea what’s happening in the world because they have no exposure to media from a Christian worldview.”

With a smile, van Vlastuin recounts what the businessman said next: “Well, that’s your task. You have to do something about that.” Making sure Christians understand impor­tant social issues is complex enough. On a continent with 24 official languages and 200 spoken languages, getting that news circulating from one country to another felt almost insurmountable. But the businessman, who worked in the software industry, had a solution: translation technology.

Van Vlastuin and his colleagues began brainstorming, their benefactor pledged three years of funding, and in late 2021, they launched CNE.news.

CNE, which stands for Christian Network Europe, wants first and foremost to make the news accessible, because what happens in one part of Europe affects the entire continent. On an increasingly secular and atheistic continent, European Christians often feel isolated, physically and culturally. Van Vlastuin and others believe faithful journalism can help. But to unite European believers, they have to bridge language and cultural divides—and sidestep the constant threat of prosecution for telling the truth about God’s design for gender and sexuality.

NEARLY EVERY COUNTRY in Europe where the Church has had an ongoing presence has also had some kind of Christian media entity. In Northern Europe, many of those are connected to denominations. Reformed Daily was originally a project of the Dutch Reformed Church. Lutheran denominations in Scandinavia all have daily or weekly newspapers. Even in Spain, despite persecution under the 1939-1975 Catholic dictatorship of Francisco Franco, evangelicals circulated hand-printed journals. But these outlets ­published only in national languages. Catholic News Agency is multinational but focuses on news connected to the Roman Catholic Church.

Historically, many denominational publications also had an internal focus. In Germany, when Billy Graham crusades drew hundreds of thousands in the 1960s, mainline Protestant publications opted out of coverage, stating “evangelization doesn’t interest us.” In response, leaders of the cross-denominational German Evangelical Alliance founded IDEA in 1970 to publish news important to German evangelicals.

But in the former Soviet bloc countries of Eastern Europe and the traditionally Roman Catholic countries to the south, the need for reliable news sources is greater. That has led to another pan-European Christian news experiment. 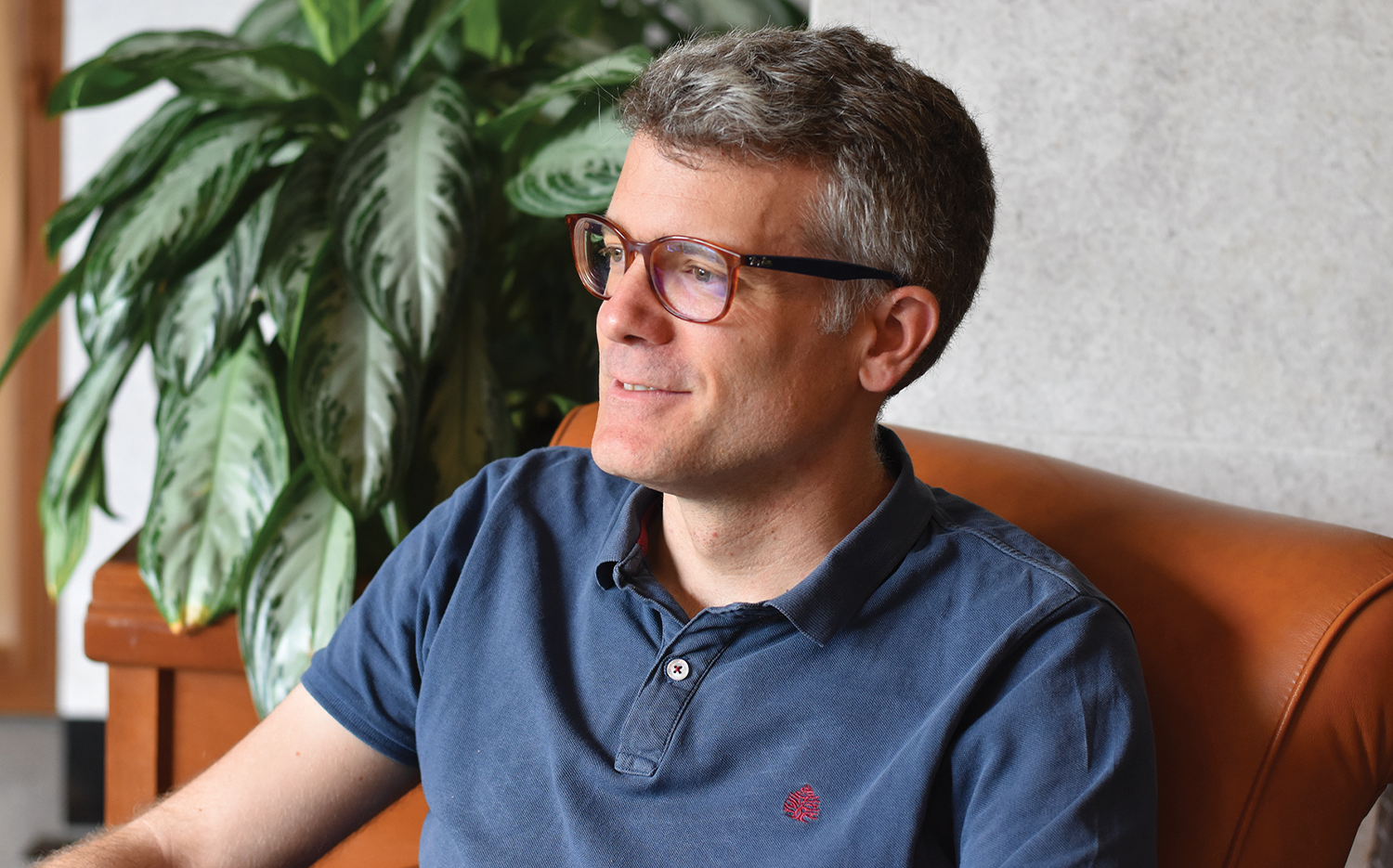 Joel Forster is the director of Evangelical Focus. Photo by Jenny Lind Schmitt

Evangelical Focus is based in Spain and led by Joel Forster. The son of Swiss missionaries, Forster grew up in Spain and studied journalism. At university in Barcelona, involvement in a Christian fellowship taught him how the Bible and Christian faith should integrate with all areas of life.

“I saw my calling from God to use my future profession to connect church and society,” Forster says. He began that work at Protestante Digital, a Spanish-language Christian news ­website launched in 2003. The site’s founder had a vision to use media and technology to inform Christians and also give nonbelievers a window into evangelical life.

Though intended for Spaniards, the Protestante Digital website saw increasing traffic from Latin America, demonstrating the possibilities of the internet to connect believers separated by geography. With that in mind, and with encouragement from evangelical leaders across Europe, Forster and his team launched the English-language news site Evangelical Focus in 2015.

“In many countries like France, Italy, Portugal, Czech Republic, and Eastern Europe, Christians had the same vision as the Spaniards in the sense of wanting to do things for the Lord and in society, but not having the means or the model,” Forster says. “They saw the model of Protestante Digital and said, ‘Let’s do something for Europe: a daily online evangelical news website.’”

A slight majority of Europeans are proficient in English, and both the CNE and Evangelical Focus websites are published in English. But that can limit their audience to those with enough education to read the news in English or the technical know-how to translate it: pastors, teachers, and ­business professionals.

Forster dreams of creating smaller national language websites for the rest of the population. Evangelical Focus’ network of 300 in-country volunteer correspondents could give it a head start. CNE’s van Vlastuin takes the opposite approach: He says the translation software that enables CNE to gather news from across Europe also works in reverse as readers can translate articles back into their own language. He admits there is a danger of details getting lost in translation, but on the whole it works and translation software continues to improve.

Both groups are small but have an outsize influence. Evangelical Focus was the first to bring international awareness to a 2018 minority religions law proposal in Bulgaria and the weeks-long protests and prayer vigils Christians held in the snow. Thanks to reports from one of its volunteer writers, Bulgarian pastor Vlady Raichinov, Evangelical Focus quickly spread news about the harm the proposal could bring to the nation’s evangelical Christians. That led to action from the European and World Evangelical Alliances and to international pressure, which in turn gave evangelicals an opportunity to meet personally with lawmakers to voice their concerns. The proposal ultimately failed.

According to Forster, Evangelical Focus was also the first news outlet to bring international attention to the case of Päivi Räsänen, the Finnish politician who faced criminal charges over statements supporting a Biblical view of sexuality. With prosecutors now appealing Räsänen’s March acquittal, both Evangelical Focus and CNE stress the importance of keeping the issue in front of readers. 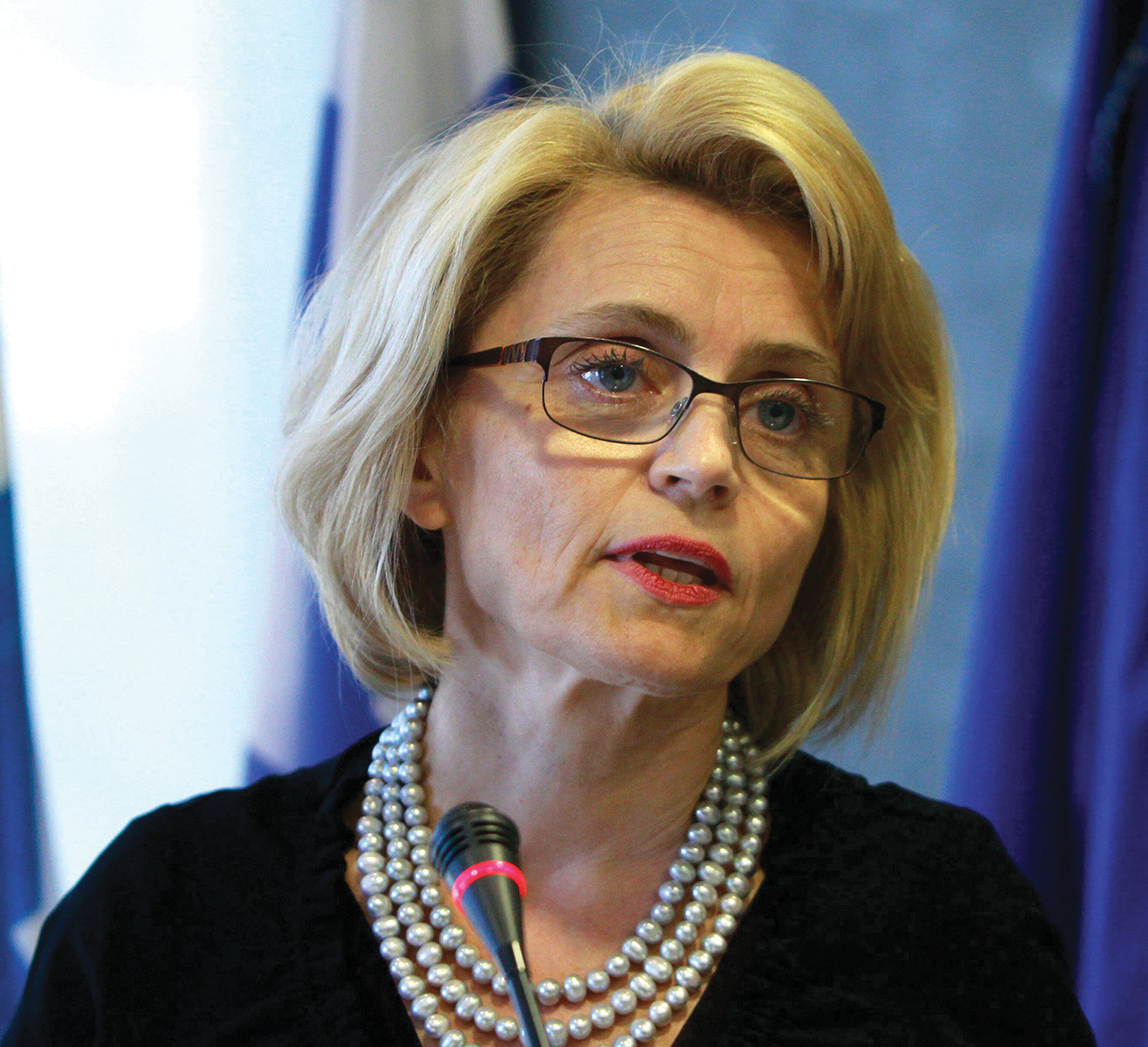 Van Vlastuin notes that while Räsänen’s case has received international attention, similar cases in Europe have generated less fanfare. In May, a court in Bremen, Germany, acquitted Pastor Olaf Latzel of charges that statements he made during a 2019 marriage seminar incited hatred against homosexuals. And in 2020, Dutch Pastor Anton Kort wrote a letter to his city council saying “sins against the order of creation should be banned.” That led to a legal complaint of discrimination. The prosecutor dropped the case against Kort, but Latzel’s, like Räsänen’s, is on appeal.

For the moment, Europe’s constitutional guarantees of freedom of speech and religion are holding. But van Vlastuin notes Europe is a patchwork of independent countries with their own laws and judicial systems. “Obviously the LGBT movement is working internationally, and they know how what happens in one country relates to things that are happening in the other countries,” he says. “I think more cases will follow.”

Van Vlastuin doesn’t foresee any attempts to restrict CNE’s reporting based on current hate speech laws, and he stresses CNE’s aim to adhere to ­professional journalism ethics. But he does admit that in present-day Europe, simply reporting on certain medical or biological issues in a Biblical manner could be deemed illegal. 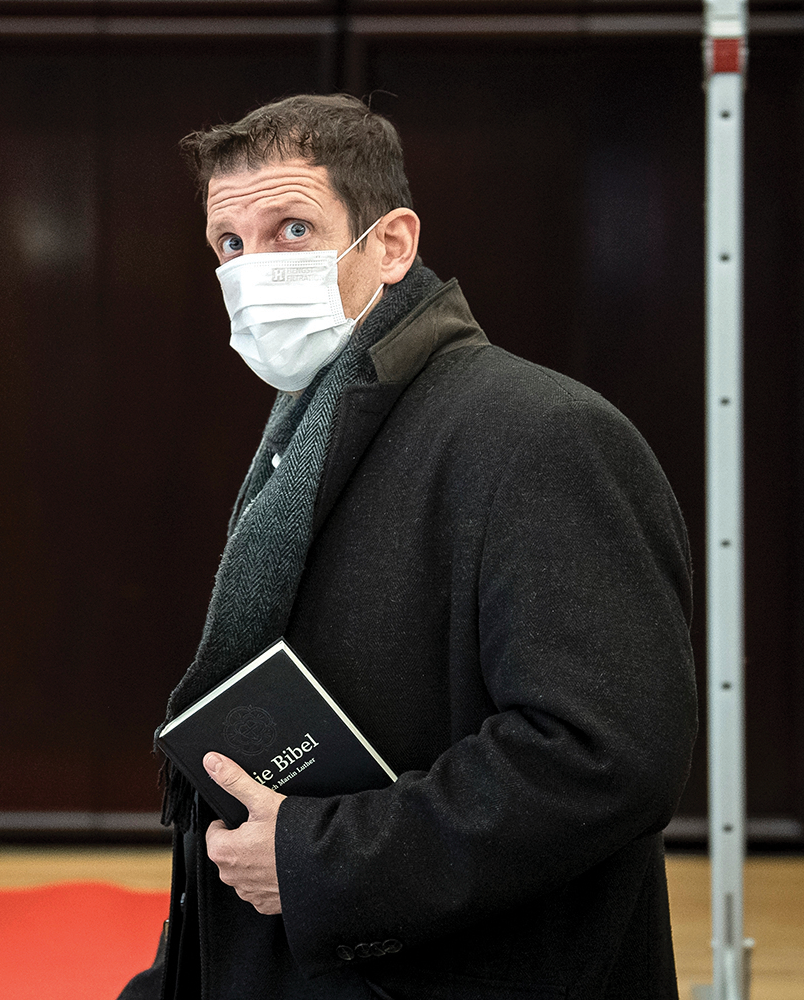 In Spain, Joel Forster says a radical gay rights law passed in 2017 has widespread implications for media platforms: closures and fines for any that don’t report positively on gay or ­transgender families. It hasn’t caused problems—yet. However, he says, that law paved the way for similar regional laws across Spain that set the tone of criminalizing anyone who disagrees with official positions on gender and sexuality.

Still, Forster stresses that Christians in Europe are not facing persecution and still live in a context where rule of law and the Christian heritage of human rights is respected. The biggest danger now is that Christians, especially students, will lapse into self-­censorship. That’s why reporting on topics like gender and sexuality is so important; it helps Christians think through arguments for a Biblical understanding of these issues.

“It seems that we Christians in Europe are always talking about sexuality,” says Forster. “But in the end, it’s also the topic in society all the time: That everything comes down to your sexual identity. All these ideologies speak about freedom, love, happiness, identity. And the gospel also speaks very clearly about this, but in a much better way. So we as Christians need to be very wise in telling the better story.”

Jenny is WORLD's global desk chief and European reporter. She is a World Journalism Institute and Smith College graduate. She is the author of the novel Mountains of Manhattan and resides in Porrentruy, Switzerland, with her family.