As students return to U.S. classrooms this fall, many are finding fewer teachers in the building. Becky Pringle, the head of the nation’s largest teachers union, the National Education Association, in March called the shortage of available teachers a “five-alarm crisis.”

Many teachers retired in the wake of COVID-19, and public schools around the country are now looking for creative ways to fill their rosters. District officials in Mineral Wells Independent School District in Texas instituted a four-day school week to attract teachers, designating Fridays as student and staff holidays. In Missouri, 18 districts have announced plans to offer four-day weeks.

In Tennessee, Memphis-Shelby County Schools joined the ranks of districts relying on contracted virtual classes taught by certified teachers to fill gaps in classes like math, choir, or culinary arts. Virtual teaching companies predate the pandemic, but some providers have seen demand double or triple in the last year.

Some states are lowering their testing or educational requirements for new teachers. A new Arizona law allows college students still working toward their teaching ­certification and bachelor’s degree to teach under supervision. In Florida, military veterans can teach with a five-year temporary certification as they complete their ­bachelor’s degrees.

Experts point out that many districts faced teacher shortages even before the pandemic, and enrollment drops in teacher prep programs could further complicate teacher hires. An August Annenberg Institute study showed that the number of teachers did fall in 2020 but has since trended upward. 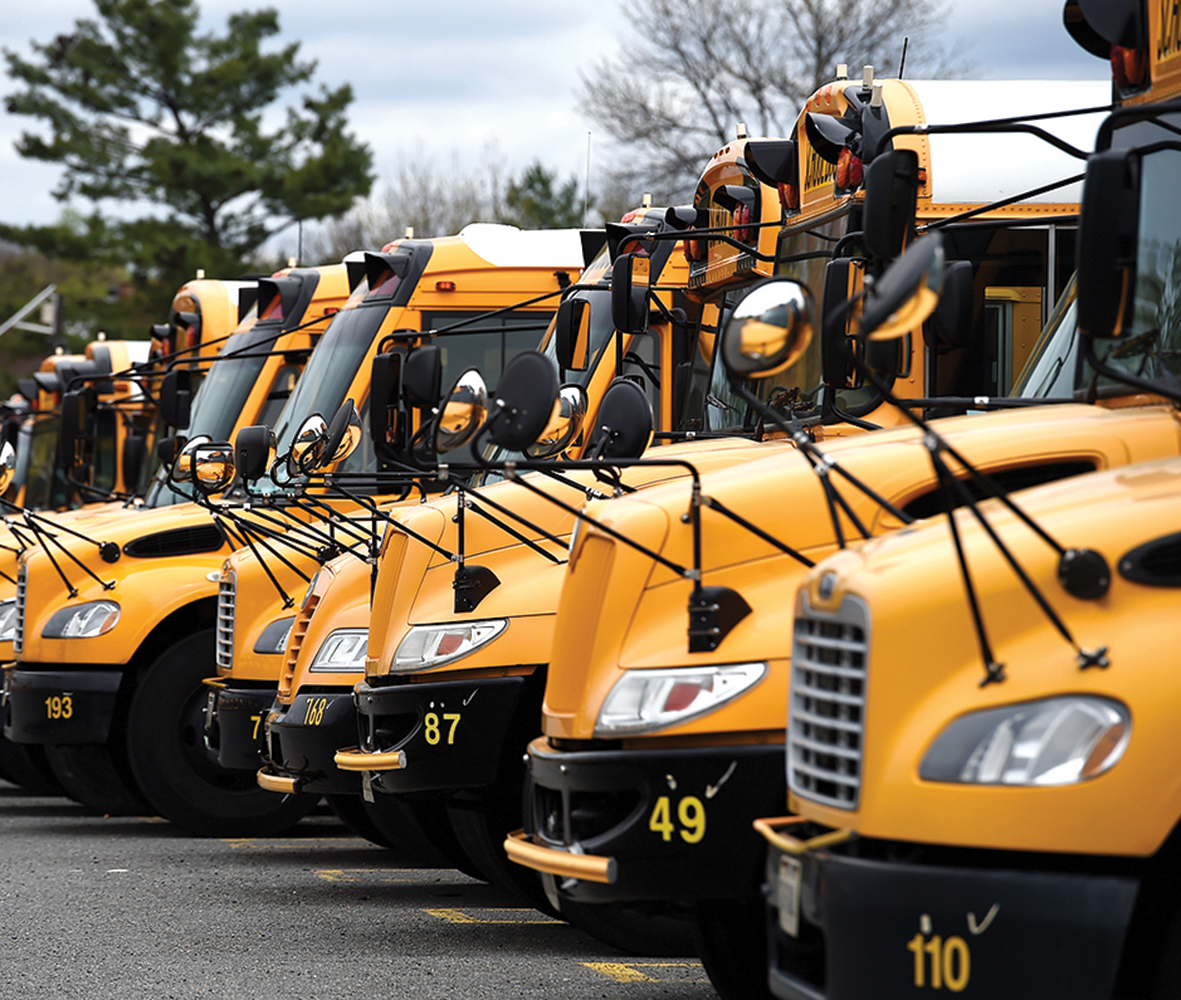 A survey this year showed 88 percent of school officials say their districts are suffering a shortage of bus drivers. In Chicago, some students may ride the bus more than an hour one way due to the lack of bus ­drivers this year. Some ­districts have offered sign-on bonuses and pay hikes to lure job applicants back to the driver’s seat, while others announced plans to cancel routes within walking distance of schools or reimburse parents for gas money when buses aren’t available. In one Connecticut district, officials invited students’ family members to consider ­signing on as drivers. In a semirural district in Clearwater, Kan., serving about 1,000 students, the school superintendent said he planned to get behind the wheel himself. The Biden administration announced in January that prospective bus drivers would no longer need to be able to identify bus engine parts in order to be approved to drive. —L.D.