M. Night Shyamalan’s Old is a time-twisting horror film that forces viewers to number their days

Watching Old, the newest tale of suspense from director M. Night Shyamalan, I couldn’t help but think of how Psalm 90 compares our brief human lives to grass that withers by day’s end. In this unsettling movie, the characters pass through their entire lifetimes within 24 hours.

Guy (Gael García Bernal) and Prisca (Vicky Krieps) take their two young children, Maddox and Trent, to a luxurious tropical resort, where the manager arranges for the family a special day trip to a private beach. Another family joins them: a cardiovascular surgeon (Rufus Sewell), his trophy wife, his daughter, and his mother. The private beach feels a little less private when the party finds a rapper named Mid-Sized Sedan (Aaron Pierre) sitting on the beach and when another married couple arrives. But what starts out as an opportunity to enjoy the sun and sand turns weird when the children inexplicably become teenagers after a couple of hours.

On this beach, the vacationers realize they’re aging at the rate of about one year every half hour. They try to leave, but the beach becomes more ominous when they discover they’re unable to escape. Their holiday turns into a nightmare as children become adults, adults become elderly, and the elderly become dust. 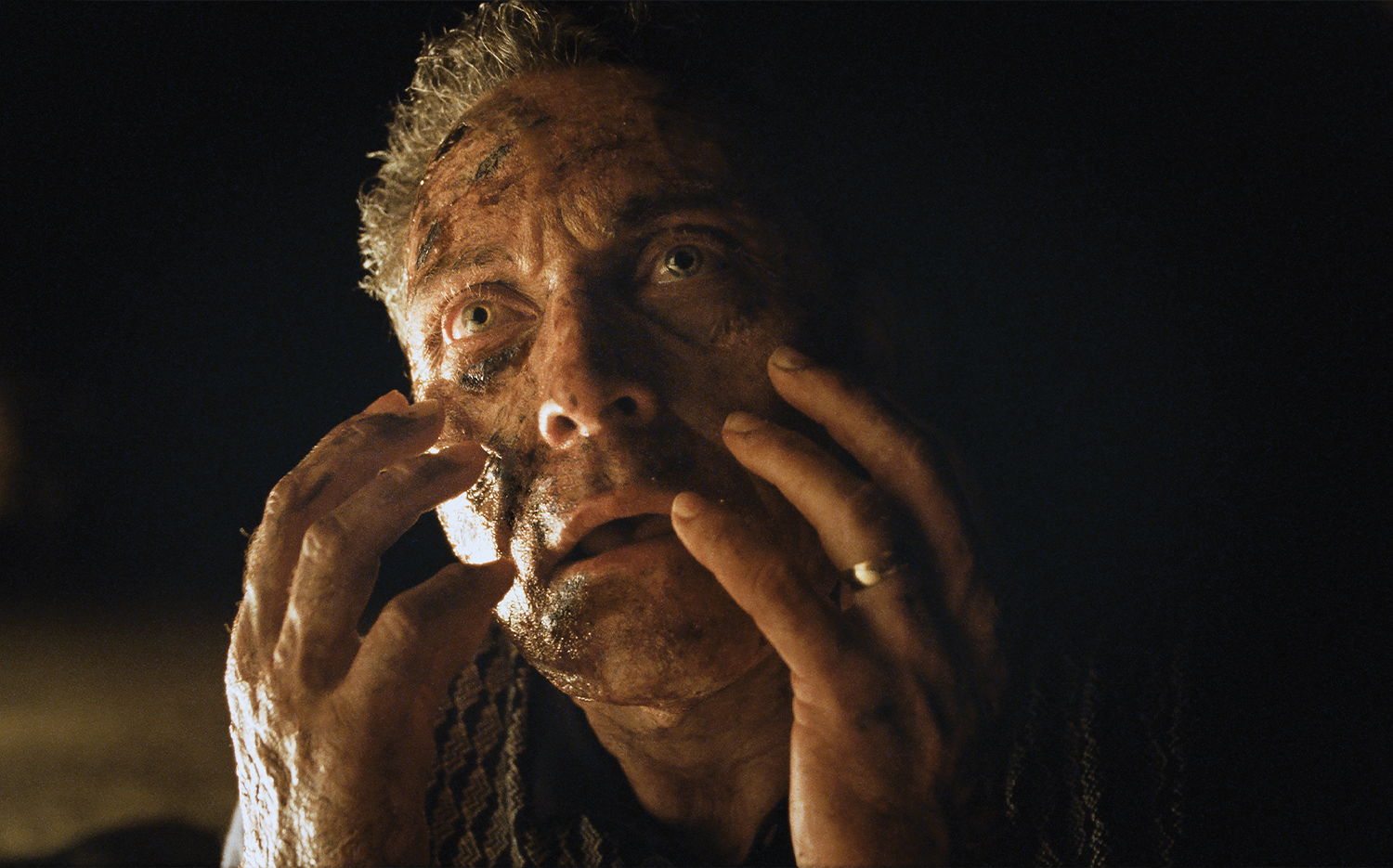 Shyamalan loosely based the film on the graphic novel Sandcastle by Pierre Oscar Lévy and Frederik Peeters, but Old carries Shyamalan’s idiosyncratic and somewhat pretentious style. His characters don’t just talk. They utter lines burdened with meaning. The foreshadowing is especially heavy with characters talking about “living in the moment” and “being too focused on the future.” Shyamalan’s signature tight camerawork reaches the point of caricature in this film, but the close-ups highlight the anguish of people coming to terms with their fate. And of course, in true Shyamalan fashion, an inevitable twist at the end explains the hows and whys of what’s come before.

Old isn’t for everyone. It’s a horror movie (albeit one with comparatively little gore), and it earns its PG-13 rating for disturbing images, a brief instance of foul language, and a scene of rear female nudity. Among the movie’s faults, the narrative violates its own rules at points, and unlike Shyamalan’s best film, The Sixth Sense, the surprise ending of Old doesn’t seem to be a natural consequence of the central conceit.

By now, watching a Shyamalan movie has become an exercise in solving a puzzle rather than enjoying a story. Thus, viewers who aren’t familiar with Shyamalan’s career will be perplexed by what they experience in this film, which is akin to a modernist stage play: There’s essentially one setting and a relatively small cast. The dialogue doesn’t pretend to be natural, but characters say what needs to be said in the moment to set the suspenseful atmosphere or raise philosophical points. I admit, however, Shyamalan’s ability to make a bright sunny beach feel dark and foreboding impressed me.

Despite its flaws, Old prompts worthwhile reflection on human mortality. Most horror movies derive their horror from focusing on unnatural death, but the Bible teaches all death is an aberration: It wasn’t supposed to be this way. Shyamalan forces us to ponder the horror of natural death by speeding up the process, and he critiques our concerns over race, beauty, and money. After all, what do those things matter if all humans are under the same doom? What things are truly important? Maybe our lives really aren’t as long as they seem.

Old reminds audiences that though we might not see much change from day to day, we’re all moving toward death.