A pro-democracy activist holds a placard that translates as “rights activism is not wrong, free Huang Qi.” ANTHONY WALLACE/AFP/Getty Images

Three big stories in this week’s China news: The founder of a Chinese human rights website is given a 12-year prison sentence. Pro-Beijing students in New Zealand and Australia violently clash with fellow students supporting Hong Kong freedoms. The Chinese government claims it has set free most Uighurs, who it says are now “living very happy lives.”

The news out of China regularly shows how liberties are shrinking in the country, how Chinese nationalism is spreading, and how the Communist government spins narratives to downplay its human rights abuses. Meanwhile, the international community either falls in line due to the allure of Chinese money or gives little more than a stern reprimand without any real action.

The Chinese government on Monday sentenced Huang Qi, founder of the website 64Tianwang, to 12 years in prison, the longest sentence given to a dissident since President Xi Jinping came to power in 2012. A Sichuan court ruled that Huang was guilty of “leaking national state secrets and providing state secrets to foreign entities.” The long prison sentence would be a “death sentence” for 56-year-old Huang, who suffers from kidney and heart problems, according to Reporters Without Borders.

Huang started his website in 1999. On it, he documented human rights abuses including kidnappings, land grabs, and local government corruption. Two particularly sensitive reports—one about the government’s violent suppression of Falun Gong practitioners and another on the poorly constructed school buildings that collapsed and killed thousands of children in the 2008 Sichuan earthquake—resulted in previous prison sentences, according to The New York Times. He has already spent a total of eight years in prison. 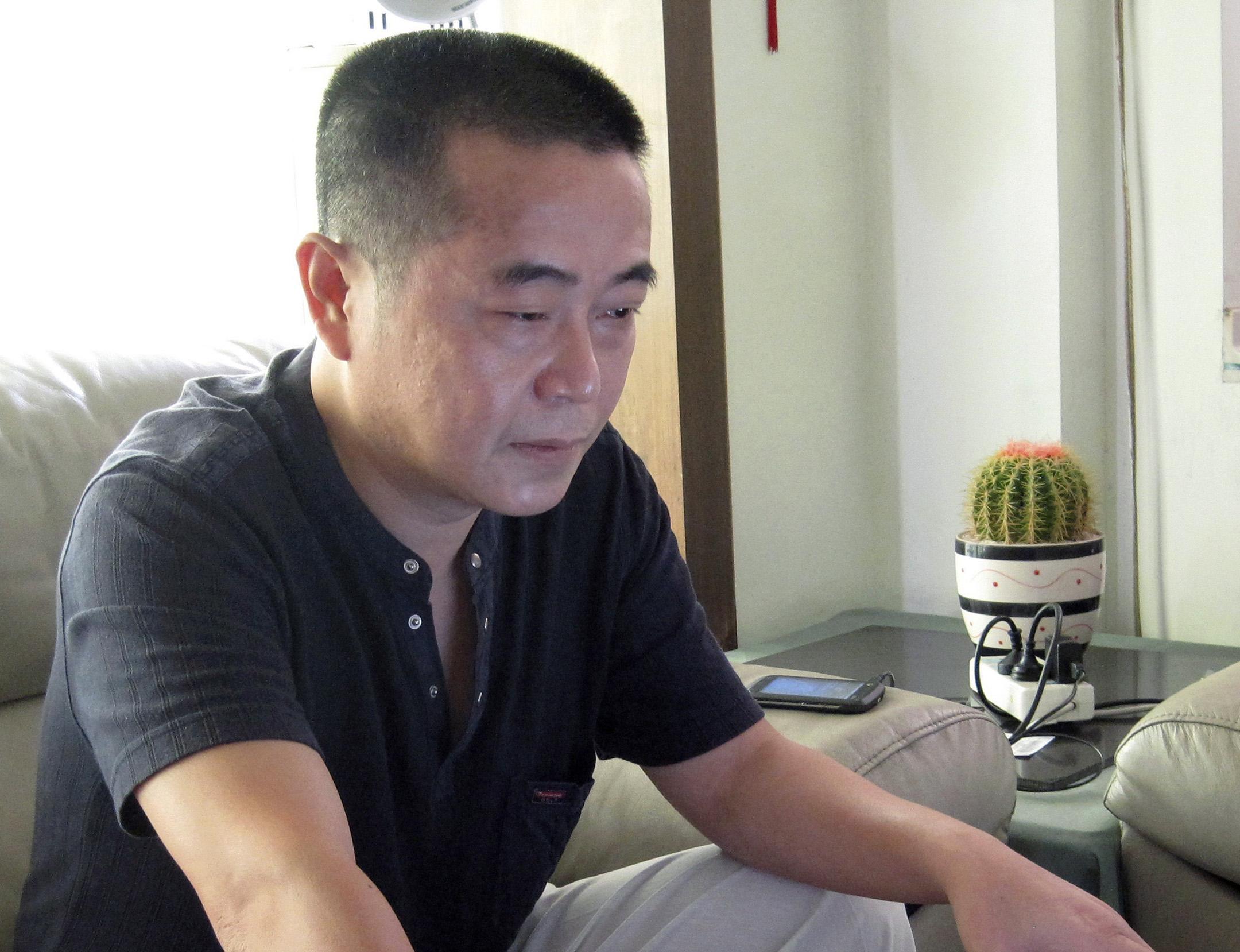 Most recently, police raided Huang’s home in Chengdu and detained him in 2016. Last year the United Nations called on the Chinese government to release Huang over fears that he would die in prison due to inadequate medical care. The Chinese government has deprived Huang of his political rights for four years and fined him nearly $3,000.

Without voices like Huang’s informing Chinese citizens about what’s really going on, it’s easier for the Chinese government to peddle propaganda to its people. That propaganda is exported overseas as Chinese international students bump into others with differing views. On Monday, a video circulated online showing a confrontation between three male students from mainland China and a female student from Hong Kong at New Zealand’s University of Auckland.

The Hong Kong student, Serena Lee, was defending a “Lennon Wall” on campus (a wall where students could paste protest notes against the extradition bill in Hong Kong) when the male students begin arguing with her that Hong Kong is part of China. They used an expletive and called her a pig who “cannot understand human language” because she didn’t speak Mandarin, according to the South China Morning Post. Then a scuffle unfolded and one student shoved Lee to the ground. 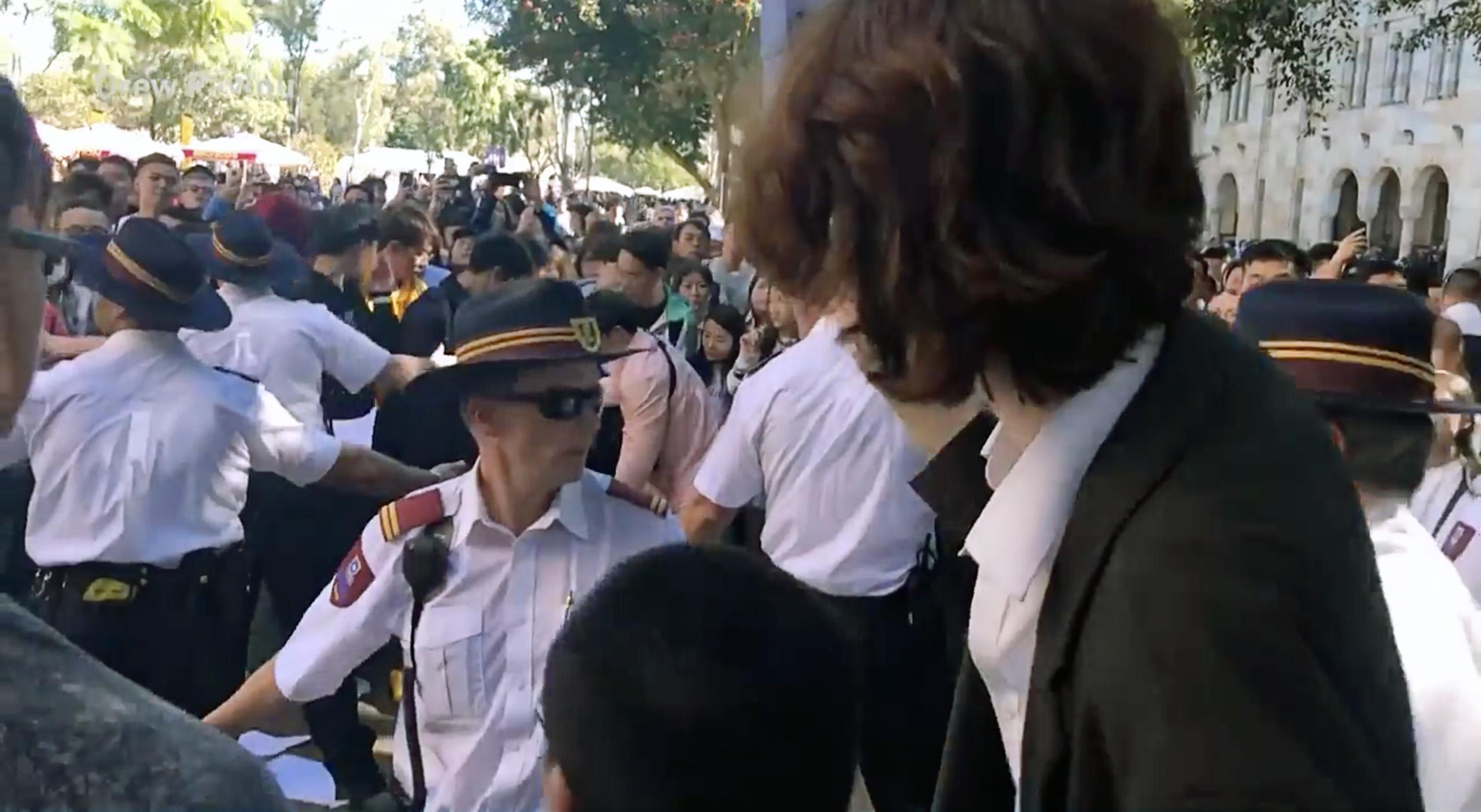 The incident followed a separate clash at the University of Queensland in Brisbane, Australia, last week. Pro-democracy students at the university staged a sit-in supporting the Hong Kong demonstrations and protesting the Chinese detention of Uighurs in re-education camps. During the event, students from mainland China—who were singing the Chinese national anthem—attacked the pro-democracy protesters, tearing down signs, punching protesters in the face, and grabbing their loudspeaker, according to the Post. About 40 police officers came to the scene to keep the groups apart. Afterward, China’s consulate general in Brisbane blamed the scuffle on a small group of people conducting anti-China separatist activities at the university, and said it “attaches great importance to the safety of Chinese students and affirms their acts of patriotism.”

Back in China, officials said on Tuesday that most of the Uighurs detained in massive internment camps in Xinjiang had “completed their study and found new jobs.” The Chinese government had initially denied the country had any such camps, but after evidence from Western researchers such as Adrian Zenz proved their existence, China claimed the camps were “vocational training centers.”

Zenz told the Post that China’s latest claims are difficult to verify since Uighurs outside the country are still unable to contact their family members in the region. Even if the detainees complete their training, they may then be placed into forced labor, he said.

China’s Global Times reported that ambassadors from 50 countries signed a letter to the United Nations praising China’s handling of Uighurs in Xinjiang. But many of the listed countries are guilty of severe human rights violations themselves: North Korea, Venezuela, Saudi Arabia, and South Sudan.

During a conference on international religious freedom two weeks ago, U.S. Secretary of State Mike Pompeo said that China’s mass detention of Uighurs was the human rights “stain of the century.” Yet the U.S. government has done little more than make speeches: A bipartisan group of lawmakers and a coalition of religious rights groups has asked the Trump administration to use the Global Magnitsky Act to sanction officials responsible for the crackdown. So far, the administration has not. 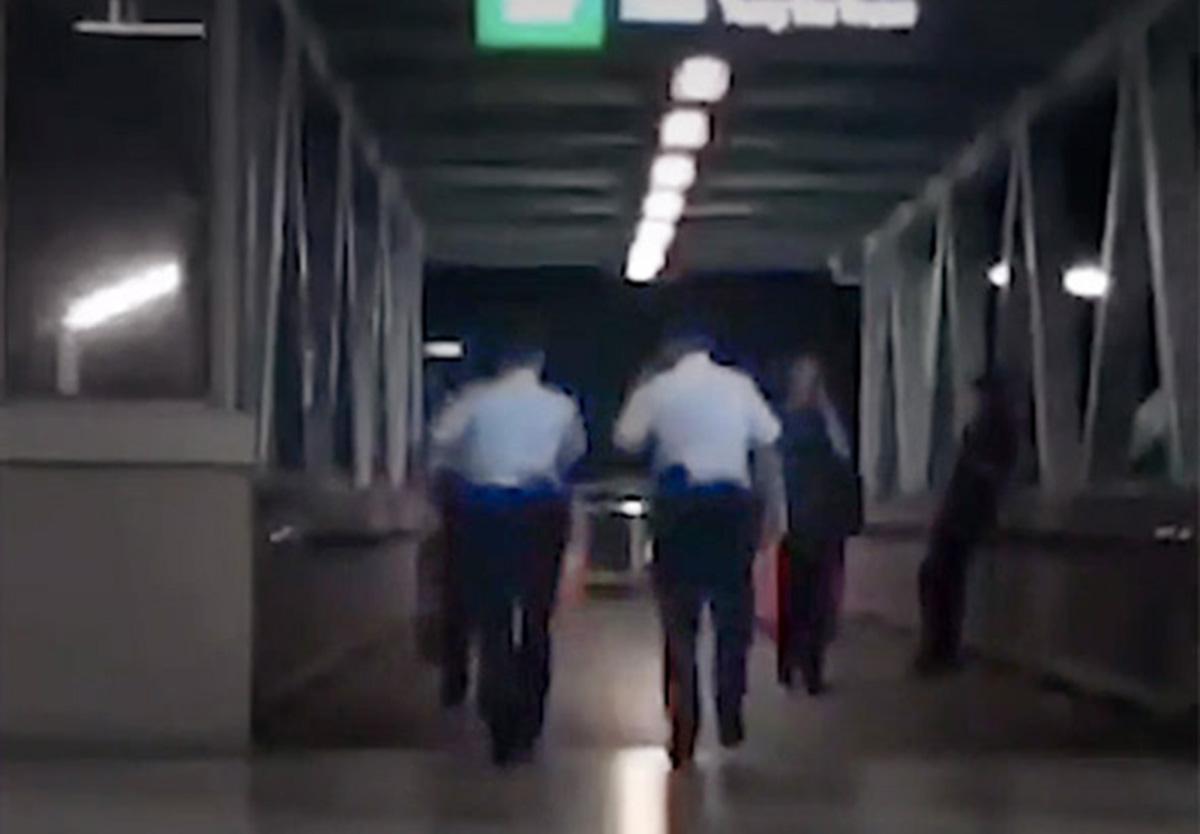 Where were the police?

This video by The New York Times shows Hong Kong police leaving the scene as a triad-affiliated mob attacks pro-democracy protesters and commuters inside a subway station.