Toilet paper shortages are temporary, but threats to the global supply chain could have longer-term effects

A PANDEMIC HAS THROWN the U.S. economy into a tailspin. So far, however, the coronavirus hasn’t stopped Mathew Tubbs. The truck driver from Watertown, Wis., drives 400 miles a day, from a distribution center in Oconomowoc to Target outlets throughout the region, pulling a trailer filled with goods that might include paper products, clothing, or canned goods.

On a typical day, Tubbs, 42, opens his company app to check his scheduled route, briefly stops at the office to collect his paperwork, inspects his tractor-trailer, and drives perhaps a dozen or 100 miles to his destination, where he unhitches his load, switches trailers, then drives back to where he came from.

For Tubbs, it’s an ordinary routine, although the highways bear signs of the not-so-ordinary: Rush hour traffic has largely disappeared, and many restaurants are closed at Illinois Tollway rest areas near Chicago. Another new ritual: Tubbs cleans the interior of his assigned company truck with disinfectant wipes before hitting the road. In this Year of the Coronavirus, even a mostly isolated trucker must take precautions.

Truckers like Tubbs are one cog in the machinery that is the global supply chain. Other cogs include farmers, ocean freighters, manufacturers, and retailers. Working in tandem, they create and deliver the food and products we depend on each day. For most of us, it’s a machine we don’t think about—at least not until something goes wrong.

Most Americans saw early evidence of the coronavirus pandemic not on the highways but in the supermarkets, where we emptied the aisles of paper towels, toilet paper, hand sanitizer, and flour. The unexpected shortages suggested the unthinkable: Could COVID-19, besides undercutting lives and livelihoods, also lead to a food crisis and the disappearance of goods we take for granted?

Regarding that, this story contains good news and bad news.

Let’s start with the good: Most of the supply chain is working just fine, at least so far. Tubbs can attest to it. In mid-March, amid U.S. panic buying, truck shipments surged. Tubbs hauled heavy loads of more than 30,000 pounds, delivering to stores where Americans were stocking up on Charmin, Clorox wipes, and bottled water.

“People were describing it like the Christmas season,” Tubbs said of the deliveries. His employer, J.B. Hunt, paid him a $500 bonus for working during the coronavirus outbreak.

Toilet paper and some food products will likely continue to sell quickly. Americans stuck at home are no longer taking restroom breaks at the office or eating in restaurants, places that purchase commercial-grade toilet paper and bulk food from wholesalers. Demand on local grocery stores is up. But the absorbent paper mills, running 24/7, can continue to restock shelves, and suppliers can shift food to the retail market. 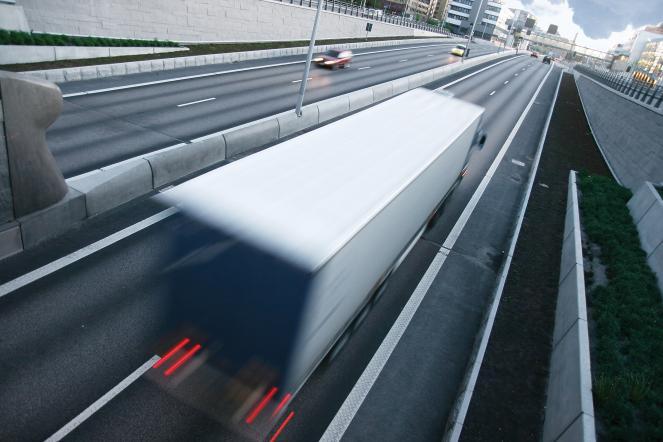 Now, the bad news: Even more concerning, and uncertain, are the ripple effects that might happen if the coronavirus strikes the very workers who run the paper mills, hand sanitizing factories, and shipping distribution centers. Because a single worker’s illness may mean quarantining co-workers who’ve come into contact with him, a case of COVID-19 could hobble an entire operation.

It’s not an entirely unrealistic proposition. GoJo, which manufactures Purell hand sanitizer, reported a worker with COVID-19 at one of its two Ohio plants. Boeing halted production at its aircraft plants in Washington state after at least one worker there died of the disease. In Malaysia, officials shut down several palm oil plantations after workers contracted the coronavirus.

Outbreaks aboard freighter ships could pose a problem. Maersk, the world’s largest ocean shipping company, said in late March five crewmembers on of one of its ships had contracted the coronavirus and disembarked in Ningbo, China, for medical evaluation.

Some are worried enough to sound alarms: The Food and Agriculture Organization of the United Nations warned widespread quarantines or export restrictions, combined with outbreaks among farm workers, could disrupt the supply chain and spark a food crisis. (There is no food shortage yet, it noted.)

For American consumers, disruptions to ocean shipping would probably have a minimal effect on food supply, says Andrew Novaković, a professor of agricultural economics at Cornell University. Because America is a major agricultural exporter, it has plenty of its own food. The bigger problem for U.S. farmers would be if they can’t export and sell the food they’ve already grown, leaving them with “product you can’t sell and then having prices go in the tank.”

With government-mandated shutdowns of many retail stores, and with consumers unenthusiastic about making large purchases, industry experts do expect the economic downturn to deal a blow to the shipping industry in the coming months. Some trucking companies have already announced partial layoffs, and Wallenius Wilhelmsen, which ships automobiles across the ocean, announced it would lay off 2,500 employees and place up to 10 ships in “cold layup,” according to shipping news website FreightWaves. Some current product shortages aren’t primarily due to shipping problems but to unprecedented demand. Facemasks, bottles of hand sanitizer, and ventilators have, in a matter of weeks, become vitally needed goods in the global fight against the coronavirus. There simply haven’t been enough to go around.

Manufacturers say they are making these products as quickly as they can. Gojo said its Purell-producing operations were running 24/7. It has added shifts, with some employees working overtime. 3M said it had doubled its global output of N95 masks to nearly 100 million per month. 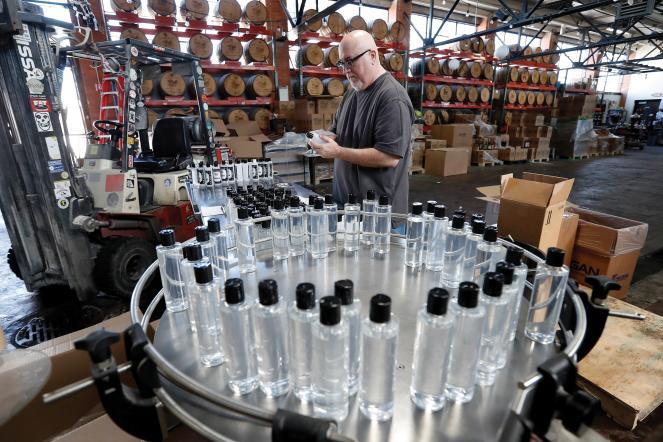 These companies can’t build additional factories overnight, so other businesses have stepped up to help in ingenious ways. Dozens of U.S. craft distilleries, for example, have repurposed their alcohol-production capabilities to instead make hand sanitizer.

Clothing manufacturers are also helping, with companies such as Eddie Bauer and Ralph Lauren retooling their production lines to produce masks for medical workers. Smaller companies have done the same—as have countless American volunteers handy with a thread and needle. (Not all of these masks are medical grade, but federal officials have said they are better than nothing.)

Back in the United States, motor vehicle companies are helping with more complicated medical equipment. They face pressure from President Donald Trump, who has invoked the Defense Production Act, which allows the government to order private companies to create products in the interest of national defense.

Ford said it would repurpose a facility in Ypsilanti, Mich., in a partnership with General Electric to produce 50,000 ventilators by July 4. The devices, in short supply in the United States, are crucial for the survival of COVID-19 patients, who often struggle to breathe on their own. General Motors and Tesla have also committed to making the devices.

Ford and 3M said they would work together to produce powered air-purifying respirators, waist-mounted devices with a hood that would provide first responders and medical workers safe, filtered air. The devices would be manufactured using fan parts from the cooled seats of Ford’s F-150s.

Can these companies, and can the Trump administration, work together quickly enough to save the lives of COVID-19 patients? Millions of Americans hope so.

—This story has been updated to correct the spelling of truck driver Mathew Tubbs’ name. 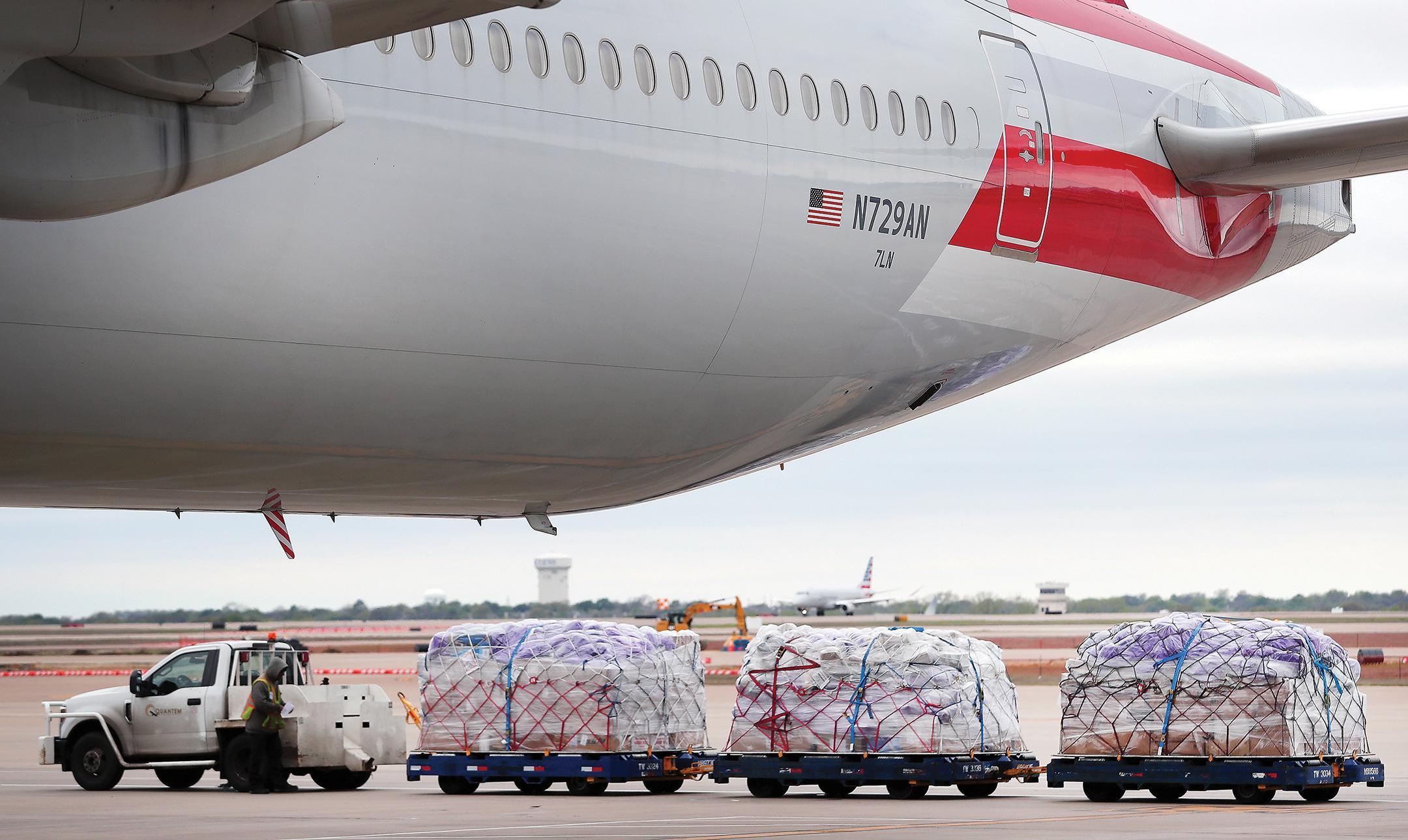 In a financial nosedive

The coronavirus has sent the U.S. airline industry into its biggest crisis since 9/11. The problem is not too much demand but a lack of it: With Americans ordered to stay home except for essential travel, airlines can’t fill the seats they need to cover the costs of fuel and crew, even at fire sale prices.

“Basically we’re flying empty planes right now,” said one commercial pilot for a major low-fare U.S. airline. “There might be 15 crew on a flight, and two or three passengers in the back.” (The pilot, who flies out of Midway Airport in Chicago, asked his name not be used to protect his job.)

American Airlines planned to cut 60 percent of its flights in April, and other airlines have similarly slashed flights and grounded planes. Despite $58 billion in aid for airlines included in the “Phase 3” stimulus bill passed in March, their financial situation is dire.

To reduce losses, airlines have converted passenger flights to freight flights, even placing cargo in the passenger seats, secured by netting or other restraints, according to FreightWaves. —D.J.D.

Daniel is managing editor of WORLD Magazine. He is a World Journalism Institute graduate and a former science and technology reporter. Daniel resides in Indiana.

Those large fields of grain, huge barns of poultry, and herds of cattle are mostly small outfits who are contracted to larger suppliers.  Loss of one worker can temporairily stop some operations.  Although we are rural, the truckers must move the grain and meat to wholesale buyers.  These men and women too are in our prayers, as we watch mothers and fathers work to get the crops harvested.  This starts soon.  Please keep them in your prayers.