2021 Book of the Year: Understanding the World How a little-known humanitarian built his own international networks

A Robert D. Kaplan bestseller is usually about geopolitics, but in The Good American: The Epic Life of Bob Gersony, the U.S. Government’s Greatest Humanitarian, the author turns to a legendary humanitarian most Americans never have heard of. That’s because Bob Gersony—a high-school dropout and Vietnam vet from a Jewish immigrant family—spent most of his career overseas and never held an official government title. He worked under contract for the State Department. Yet in that role he became indispensable across changing U.S. political climes and decades of service spanning the Cold War to the rise of Islamic terrorists. Were his life fiction, Gersony would be the mainstay of a Graham Greene novel.

A 1969 field trip to Guatemala launched a lifetime career with Gersony, at 25, starting language schools from scratch while staying at a Catholic mission. He learned to leverage contacts with locals, Western humanitarian workers, journalists, and diplomats into his own brand of intelligence that became known as “Gersony reports,” briefings that traveled up the chains of command in Washington.

His observations, born of countless interviews with refugees and other victims of conflict, underscored his belief that the truth about a place “emerges from the bottom up” and “when you listen to ordinary people, there is so much wisdom.”

U.S. diplomats sought out his trademark briefings from stints as far-flung as the South China Sea, Sudan, Rwanda, Bosnia, and North Korea. His independence made his contributions valuable but left his own life in danger. He slept with his notes under a pillow—when he had one—and went countless times without resupply or a change of clothes. He developed in Africa a lifelong habit of eating once a day, the practice of the poor around him.

In the 1980s Gersony documented atrocities in northern Uganda for then-Vice President George Bush, developing also a network of American evangelical nongovernmental organization contacts through his briefings. In the 1990s he briefed Clinton officials on the mistakes he saw unfolding in Bosnia and Croatia under the Dayton Accords. He could navigate a world of political elites and cynics and remain an idealist by being first and foremost a realist.

Though Kaplan spent hours interviewing the now 76-year-old Gersony, this is no vanity biography: Kaplan reports Gersony as introverted and at times a prima donna some career diplomats dreaded working with. Yet he found admirers across the political spectrum for an “exotic cocktail of a man,” in the words of one friend, “with his sincerity, skepticism, courage, and humanity.”

It’s that cocktail of a man whose life, told across 50 years of U.S. foreign policy, makes The Good American a uniquely worthwhile read. Along with diplomats who today operate behind security blast walls and computer screens, others—such as missionaries, aid workers, overseas professionals, and travelers of many stripes—can learn from Gersony’s humanitarian pursuits.

His story bridges faith-driven, humanistic, and pragmatic calls to overseas service, and it embodies a rare mix of principle and realpolitik, all reminding us why engaging in world affairs is the calling of every Christian. As Kaplan notes, “a meaningful life is about truth, not success.” 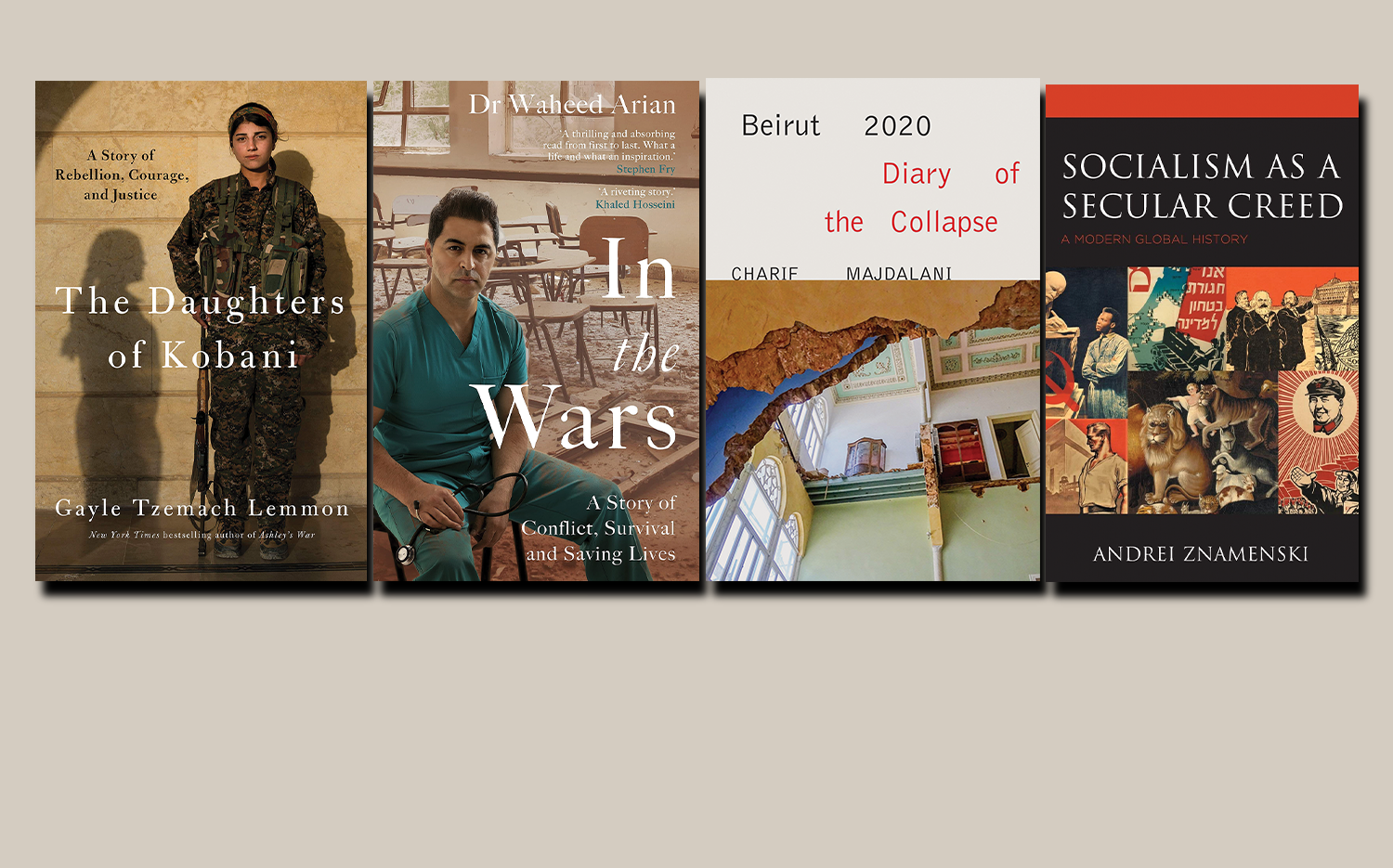 The Daughters of Kobani: A Story of Rebellion, Courage, and Justice

In early 2015, Kurdish militias defeated ISIS militants at Kobani, a northern Syrian city the terror group laid siege to for months. The defeat marked the beginning of the end of ISIS dominance in the region, while the battle itself drew the United States back into open combat. At ground level, the fighting force that turned the tide was the YPJ, the all-female unit of Kurdish fighters. Gayle Tzemach Lemmon goes behind the scenes to profile three women commanding the YPJ, Nowruz, Azeema, and Rojda. Besides training a fierce fighting force and facing near-death danger themselves, the trio forged new roles for women in society. In time each would command male soldiers, and not only Kurds but also Arab and Christian fighters. They would survive to see the United States betray them to Turkey, which invaded the region in 2019, but not before handing defeat to ISIS militants. Said one YPJ member: “Now they can talk to each other about getting killed by women instead of just beheading and enslaving them.”

In the Wars: A Story of Conflict, Survival and Saving Lives

Waheed Arian was born in Kabul but spent much of his childhood in a refugee camp in Pakistan. Malnourished and ill from tuberculosis, he recovered copying English medical textbooks and working for a pharmacist. Back in Afghanistan, his family faced a new war and another hell when the Taliban first came to power in 1996. By age 15, Arian was a refugee arriving alone to London’s Heathrow airport. His dramatic memoir—of surviving the horrors of Afghanistan’s multiple wars, family ­separation, and working his way to Harvard Medical School and back to Afghanistan as a radiologist with his own charity—is shot through with perseverance and resilience. His readers come away with a better understanding of what Afghans have endured and continue to endure.

Beirut 2020: Diary of the Collapse

Not since Fouad Ajami’s Dream Palace of the Arabs have readers seen Beirut with the lyricism captured by Lebanese French novelist Charif Majdalani. His diary actually begins a month before the city’s horrifying port explosion, a pained chronicle of the country’s corruption and downslide told in entries at once personal and instructive. From the banks’ “dizzying” Ponzi schemes to the collapse of the electricity grid, readers get a front-row seat to the (literal) fallout for average working Lebanese when mafiosos rule a country and “the government is trying to overthrow the ­people.” It’s a swift but wrenching and unforgettable read.

Socialism as a Secular Creed: A Modern Global History

Karl Marx’s predecessor, Auguste Comte, made up “the Religion of Humanity,” within which humanity would worship itself. In Socialism as a Secular Creed, Andrei Znamenski explains what atheists deny: the religious nature of Marxist hopes. Znamenski shows how radicals pose as liberty-lovers until they gain power. Early socialist Barthélemy Prosper Enfantin said: “We demand at this moment freedom of religions so that one single religion may more easily be built on all these ruins of humanity’s religious past.” The hierarchs of Marxist religion have to crush resisters, and ­revolutions bring the worst to the top. —Marvin Olasky