Events in St. Louis raise concern about the PCA

In January, South City Church leaders had agreed to allow an event to take place on its campus that was sponsored by an organization called Faith for Justice. The MLK Day-related gathering was set to include speaker Jay-Marie Hill, a lesbian and an activist for transgenderism.

A Faith for Justice announcement said Hill would “teach us how to not only mourn the tragic death of trans folx, but learn to celebrate their lives and humanity.”

In a Jan. 14 statement, the session of South City said the elders and pastoral staff had become aware of the details over the past few days and “determined that some of the planned elements … appeared to be inconsistent with South City Church’s theological convictions.” They retracted the offer to use the church’s building.

The event moved to a nearby PCUSA church, and both Mike Higgins and Michelle Higgins attended. (South City elders and the Higginses didn’t respond to emails seeking comment.) 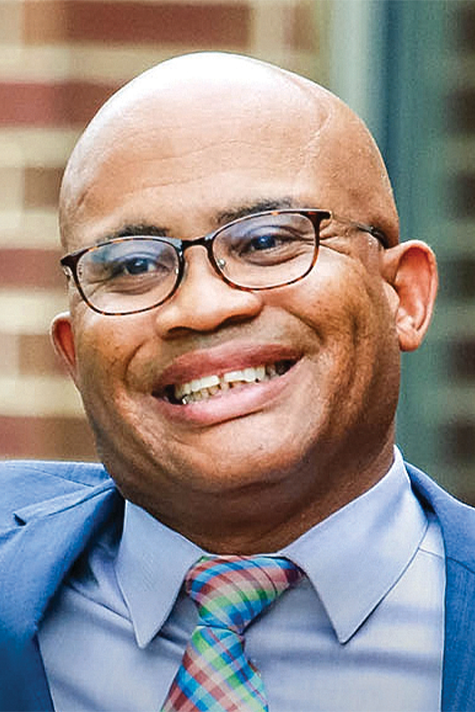 Mike Higgins is also dean of students at nearby Covenant Theological Seminary, a school that faced criticism last year when Jay Sklar, a professor of Old Testament, spoke at the “Revoice” conference organized and hosted by Memorial PCA in St. Louis.

Revoice leaders bill the event as a gathering to support “gay, lesbian, same-sex attracted, and other gender and sexual minority Christians,” and they say they want to help such men and women observe “the historic, Christian doctrine of marriage and sexuality.”

But many pastors expressed objections about such language. At the time, PCA pastor and author Kevin DeYoung wrote about his concern over phrases like “sexual minority”: “It’s troubling because it makes disordered sexual desires (which can be repented of and forgiven, just like any disordered desire) essential to one’s personhood.”

Sklar published a letter last year explaining he planned to speak at Revoice about verses in Leviticus prohibiting homosexuality. He noted that many people argue the verses don’t apply to God’s intent for sexuality today: “I argue the opposite.”

By mid-January of this year, Covenant President Mark Dalbey said he had received calls from alumni concerned about the recent events at South City Church, and he noted the developments came on the heels of last year’s Revoice.

“Let’s just be candid: these events look, at best, confusing in language and, at worst, compromising of our denomination’s doctrinal integrity,” he wrote in a Jan. 19 letter.

But Dalbey rejected charges of liberalism at Covenant, and he said the seminary affirms the Bible’s teaching on sexuality and the principle that Christians’ foundational identity is rooted in their union with Christ. (He told WORLD no Covenant professors would speak at Revoice this year.)

When it comes to Higgins, Dalbey said the seminary was in conversations with the South City session and the Missouri Presbytery, and that any further comment would be premature.

The Missouri Presbytery of the PCA announced it was aware of the recent developments at South City Church and had established a committee to look into those events. A separate statement said the pastor of Memorial PCA had asked the presbytery to investigate complaints against his church related to organizing the Revoice conference.

The presbytery formed a committee last fall, and it noted it had received concerns from several other presbyteries as well. The announcement said the presbytery hopes to hear a report before the PCA’s General Assembly in late June.

Meanwhile, the 2019 Revoice conference is set for early June in St. Louis. Conference organizers say they expect last year’s attendance of more than 400 to at least double. 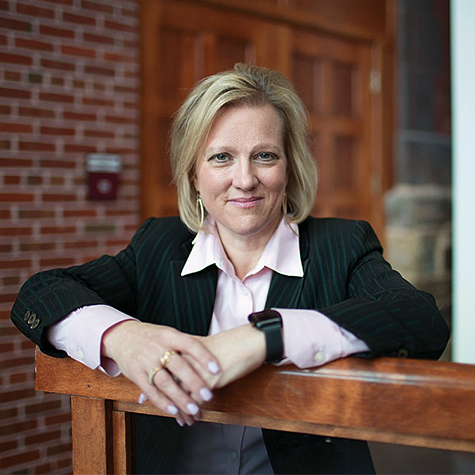 Past orthodoxy not allowed

At an important liberal Protestant seminary, it’s not enough to offer enthusiastic support for the LGBTQ+ agenda now.

In 2017, United Lutheran Seminary (ULS)—created in Pennsylvania by the merger of two Evangelical Lutheran Church in America seminaries —named Theresa Latini president. But last year the ULS board ended her tenure due to “issues related to trust as the president of this institution.”

These “trust issues” stemmed from her failure to inform the whole board prior to her presidency of her former opposition to the seminary’s liberal LGBT stance. From 1996 to 2001, Latini directed OneByOne, a group that calls any sexual expression outside of heterosexual marriage “sexual brokenness.” Students and staff members complained the board was negligent in missing that part of Latini’s history.

One month before her termination, Latini published an article apologizing for her participation in OneByOne. She says she is now “‘open and affirming’ of LGBTQ+ persons.”

Grove City College religion professor Carl Trueman, formerly of Westminster Theological Seminary, remembers Latini’s letter as “embarrassing the way that she was made to grovel, but it still didn’t do any good. … The views that Latini held in the 1990s were not particularly conservative or particularly exceptional at the time. … That she’s being held to account for those more than 20 years later is remarkable.”

Eight members of the ULS board of trustees resigned during the controversy. One of them, Pastor Lisa Leber, complained that the board both failed to remove Latini promptly after hearing of her past and did not apologize to LGBTQ+ individuals. —Alyssa Jackson

Jamie is national editor of WORLD Magazine. She is a World Journalism Institute graduate and previously worked for the Charlotte World. Jamie has covered politics, disasters, religion, and more for WORLD. She resides in Charlotte, N.C.

Regarding "Past Orthodoxy Not Allowed":

This seminary has fired the president for views that she held, and an organization that she belonged to, TWENTY YEARS AGO. The president says she does not hold those views today -- she has changed her mind. But they have considered her change of mind irrelevant, and cannot forgive her for her past beliefs and actions upon those beliefs. Core tenets of Christianity forsaken!

If once you hold a position, and even *after you change your mind* you are still held accountable for your previous position, then why should anyone try to change anyone's mind about anything?  Those who oppose acceptance of pro-LGBT stances might as well just say to anyone trying to convince them to change their mind, "There's no point in me changing my mind because the views I hold now will be forever held against me."

Nevertheless, God's foundation stands firm, sealed with this inscription: "The Lord knows those who are His," "Everyone who confesses the name of the Lord must turn away from wickedness." II Timothy 2:19 (NIV)

The problem is more than appearances.  It is that Revoice seems to be supporting lifestyles that are opposed to Christ.  One one hand the supporters say they are for a Christ-based opposition to transgender lifestyle and a bisexual lifestyle but then bring in people who encourage that lifestyle.  The speeches are dangerously close to rejecting Christ's instructions to live holy.  At best, they are confusing, at worst they are rejecting a holy lifestyle.  Their official pronouncements and actions contradict each other.  By the way, this is nothing new to the church.  The sad discovery of sexual sin in the Southern Baptists, Roman Catholic church and in my life match the sexual sins seen in 1 Corinthians and in Romans 1.  We need to repent and be careful about how we live and what we profess.

I remember being in a school that had Lutheran students preparing for the ministry.  One of my friends came back in tears because he was told he should have homosexual relations in order to be a Lutheran pastor.  That was in the 1970s.  He was so ashamed that he never told his father, a Lutheran pastor, and told me he was giving up being a pastor.

Man, it is enough to make anybody a good American Pharisee.  Pharisees were religious, conservative and politically active.  I feel like I should join them.  Do you know any good American conservatives who live in fear and so want everyone to follow rules to protect themselves?

Come Lord Jesus come! We have messed your church up badly and need your help to clean us up.

This hurts.When will we stop letting the world define us and our humanity?

Let's see ... "sins" committed long ago cannot be forgiven or repented of.  Isn't that what hell is like?

"Dalbey rejected charges of liberalism at Covenant, and he said the seminary affirms the Bible’s teaching on sexuality." What are those teachings, and why would anyone think Revoice undercuts them? This article hardly makes the situation understandable.

Get ready brothers and sisters in Christ. Persecution for upholding the biblical view of traditional marriage has begun, and there's no end in sight.  But take heart--God promises to bless us for being persecuted in His name.