A once-militant Palestinian now fights disillusionment among his people, one kindergartner at a time

As Tass Saada charged with his Simonov rifle into the Battle of Karameh, he had one mission in mind: obliterate as many Jews as he could. From the battlefield of spurting blood and shredded limbs, the 17-year-old Palestinian and trained sniper spotted the ancient city of Jericho lying beyond the Jordan River. One day, he swore, he would win back his people’s homeland.

That was March 1968, when Palestinian forces and the Jordanian army clashed with the Israeli military in Karameh, a Jordanian town just across the Jordan River from Israeli-occupied Jericho. The conflict was militarily insignificant but birthed a proud political identity for Palestinians such as Saada, then a member of Fatah, an armed political group founded by Yasser Arafat.

Decades later, Saada stood on the rooftop of a building in Jericho, remembering the 1968 battle with sadness and regret. That building now houses a humanitarian nonprofit called Seeds of Hope, which Saada founded to “plant seeds of hope” into the hearts of future generations of Palestinians—and to pluck out the old “seeds of terrorism” that many years ago had hardened him into a rage-filled teenager who once tossed hand grenades into Christian homes.

Today, Saada mourns when he watches news of young Palestinian boys self-detonating in a crowd: As a Fatah fighter, he had once taught hatred and violence to a small army of 9- to 13-year-old refugee boys. The victim creates more victims—but Saada hopes that through Seeds of Hope, this generational curse of hurt and bitterness will stop, as it did with him the day he surrendered his life to Christ. 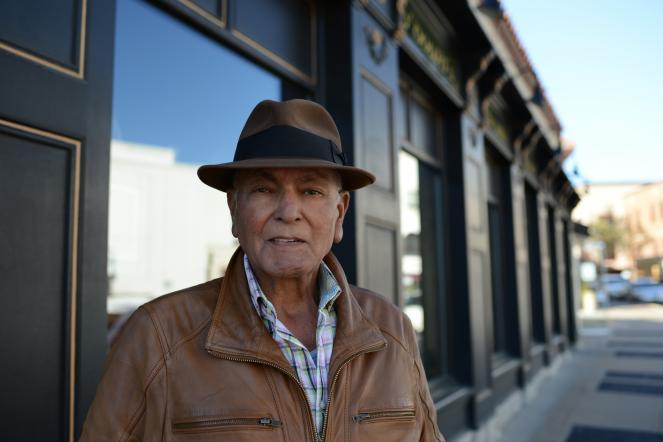 Taysir Said Abu Saada was born in 1951 in a ramshackle refugee tent in Gaza City. His family had lived in Gaza for generations, but after Israel became a state in 1948, the Saadas, along with thousands of other Palestinians, lost their land, a possession that in their culture is linked with family dignity and honor. When Saada was 2 months old, the United Nations dispersed Palestinian refugees to neighboring Arab countries, and his family settled in Saudi Arabia.

Growing up, Saada never forgot he was a stranger and refugee in a foreign land. Most Arab nations do not grant citizenship or even basic rights to Palestinian refugees. In a 2009 report, the International Crisis Group described the Palestinian refugee issue as “a time bomb” ticking under decadeslong marginalization, deprivation of political and economic rights, and squalid camp life. Saada was that time bomb: “We were never accepted anywhere, and that caused a lot of anger and frustration in my heart.” He blamed Israel, believing it had usurped his homeland, a mentality the local media and imams bolstered.

Soon after Israel won the 1967 Six-Day War—and captured territories including the Gaza Strip and the West Bank—Yasser Arafat visited Saada’s home to rally support. Looking sharp in his military uniform and black-and-white kaffiyeh, the future Palestinian leader exhorted Palestinians to raise their own army to fight Israel. Arafat’s speech so inspired Saada that the teenager forged his father’s signature on his exit visa and flew to Damascus to join the Arafat movement. There, the teenager received combat training, chauffeured Arafat in a black Land Rover, and coached other Palestinian boys to kill Jews. 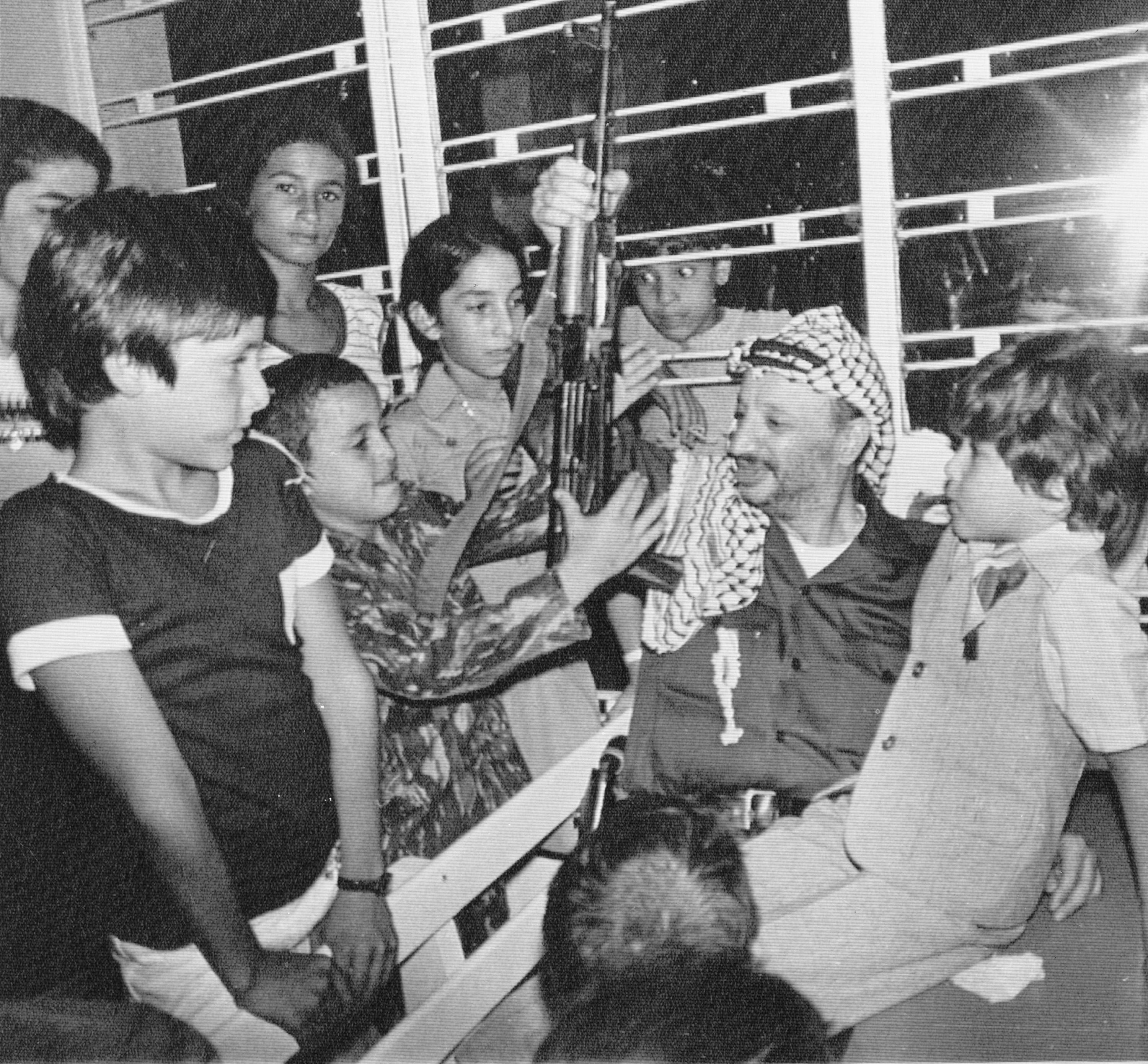 Yasser Arafat sits with young refugees in a camp outside Beirut, Lebanon, in 1977. Harry Koundakjian/AP

Saada’s Rambo days came to an end when his father tricked him back home and confiscated his passport. Later his father helped send Saada to America, where he met and married a blond, blue-eyed single mother named Karen for a green card. While working as a busboy at a fancy restaurant in Kansas City, Mo., Saada befriended a friendly, wealthy businessman who years later invited Saada to his house and read him John 1:1. Saada tells of how he later saw a blinding light and heard, “I am the way and the truth and the life. No one comes to the Father except through me.” He then saw the clasped hands of his childhood nanny who had prayed for his salvation. Overcome by the presence of God, Saada says he cried out to Jesus as his Lord and Savior.

That was March 14, 1993, the day Saada’s transformation began, according to his wife and daughter. He wrote a seven-page letter to his Muslim family back in Qatar explaining his commitment to Christ, and received a 21-page death threat in return. After years of rocky marriage, Saada finally bought his wife Karen a real diamond ring and renewed his commitment to her in a church. His whole family—wife, stepson, and daughter—also professed Christ.

As Saada studied the Bible, his views changed on the Jews and his own people. How could he claim to love Jesus, who was a Jew, yet hate the Jews? Reading God’s promise to Hagar and Ishmael also renewed his pride in his Ishmaelite heritage, while stirring grief at the modern hostility among the descendants of Abraham. God was calling him back home.

In 2006, Saada and his wife moved to his birthplace of Gaza Strip and founded Hope Kindergarten for Palestinian kids. They rented a five-bedroom house in southeast Gaza, where they hosted Bible studies, baptized converts, and trained staff and volunteers.

It was a tumultuous time. In 2007, the Fatah-controlled, secular Palestinian Authority lost control of Gaza to the more extremist Islamic organization Hamas. Tension and anxieties simmered: Warning bombs from the Israeli military exploded in the near distance throughout the day, gunfire cracked on the streets, and fistfights erupted over petty issues. The Saadas drew suspicion with their operations. When Hamas troops stormed Hope Kindergarten saying they were looking for a suspect, the Saadas decided it was time to take their operation elsewhere. In 2009, they moved to Jericho in the West Bank and opened Seeds of Hope.

Jericho, a predominantly Muslim city where Christians make up just 1 percent of the population (“including their chickens and goats,” one local half-joked), depends heavily on Christian tourists to fuel its economy. Red cable cars carry vacationers up to the craggy Mount of Temptation, where an ancient Greek Orthodox monastery perches on a cliff. Near the Holy Land Museum, an ancient sycamore tree—supposedly the one on which Zacchaeus climbed to meet Jesus—continues to bear dark-green leaves.

But even with their rich heritage and arable land, the people still suffer economically. Right next to the four-story Seeds of Hope building is a refugee camp where residents struggle for resources and jobs. The unemployment rate last year was 29 percent in the West Bank and 44 percent in Gaza. Healthcare and education remain subpar. Locals are constantly reminded of the dismal Palestinian living standards when they pass the numerous vacant, castlelike vacation homes, which wealthy Arabian outsiders own and visit in the winter.

Many Palestinians blame Israel and its complex restrictions on movement, access, and trade. For example, strict border controls isolate Palestinians behind barbed wire checkpoints, impeding access to opportunities and resources. Political instability further stymies the growth of the private sector and scares off investment needed for job creation, economic development, and improved living standards. Palestinians in Gaza and the West Bank also cannot vote in national elections, cannot carry weapons, and usually don’t earn the same salary or benefits while doing the same jobs as Israelis on Israeli construction sites.

These Palestinians are sending their children to Seeds of Hope—children who are descendants of the 1948 refugees, loaded with a generational legacy of hurt and anger. That’s why Seeds of Hope starts with the kids, Saada said: “We realize that in order to make a difference and change the cycle of violence, you start with the cradle.”

When Saada first came to Jericho, people were suspicious: Who was this ambitious outsider who speaks Arabic with a Saudi accent? When they found out Saada was a Christian convert, the Palestinian Authority sent officials to investigate, and some people sent the school death threats. The imam of Jericho’s largest mosque preached against Saada every Friday, calling him a “two-time traitor”—once for forsaking Islam and twice for supporting Israel. Saada chose not to retaliate. Instead, he let the fruit of Seeds of Hope, which last year served 703 kids in its school and after-school programs, speak for itself.

Today, Saada says that imam always greets him with an enthusiastic smile. In 2012, the Ministry of Education named the brightly decorated Seeds of Hope the “Best Kindergarten in the Governorate of Jericho.” Other education systems in the West Bank control children with corporal punishment, but the Seeds of Hope policy is: Do not yell, spank, or humiliate students.

Although proselytizing is forbidden, Seeds of Hope staff members openly acknowledge their Christian faith. Seeds of Hope COO Khader Ghanim described to me how parents invite staff members and volunteers to their homes for tea or dinner, and some ask about their Christian faith. He said those parents then tell friends and invite them to community events Seeds of Hope organizes, such as spa week for women, free medical clinics, and wheelchair distribution—all facilitated by overseas volunteers.

Ghanim, a Palestinian born and raised in Jericho, understands well his people’s deep-seated frustration, distrust, and disappointment. He recognizes that the “seeds of peace” he and his staff are sowing may take years to grow. “Time is not the issue for us,” Ghanim said. He gestured to the mountains where Jesus overcame temptation: “Even Jesus prepared 30 years before starting his ministry. How much more us?”