A scene from the film Geostorm Warner Bros.

Geostorm is Hollywood’s latest disaster drama. The movie depicts a fictional, futuristic world where scientists use a satellite system to control the Earth’s weather and battle climate change—until the system suddenly goes awry and attacks the planet. Critics called the movie’s technology laughable, but some researchers believe geoengineering isn’t a thing to take lightly.

Geoengineering refers to technological methods to control climate change. It could include removal of carbon dioxide from the atmosphere or methods for reducing the amount of sunlight reaching the Earth.

Writing at The Conversation, an academic news website, Maynard and co-author Jane Flegal noted that the benefits of climate manipulation could easily be offset by other adverse outcomes. For example, injecting particles into the atmosphere to cool the Earth could disrupt Asian and African monsoons, threatening food security for billions of people. Such unanticipated consequences might be irreversible and affect every person on the planet.

According to Maynard and Flegal, lack of clear economic or political gain from geoengineering projects means industry and governments are unmotivated to fund such endeavors. So scientists are turning to private sources: Bill Gates and the Hewlett Foundation, for example, fund a Harvard University research program in which scientists plan to inject a small amount of fine, sunlight-reflecting particles into the atmosphere above Tucson, Ariz.

Geostorm or not, it’s time for a discussion of geoengineering, the researchers wrote, otherwise “wealthy individuals and philanthropy may end up pushing the boundaries of geoengineering research—with or without the rest of society’s consent.” 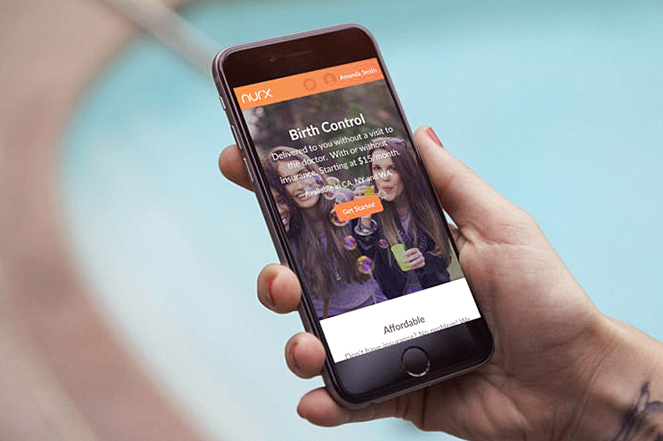 A new smartphone app, Nurx, offers one more way to keep parents out of the loop regarding their teenage daughters’ access to contraceptive medications. Available in 15 states, Nurx enables adolescents as young as 12 to obtain contraceptives and abortifacients—including Plan B One-Step and Ella, commonly known as morning-after pills—without parental notification or a visit to a doctor.

The Nurx website encourages girls who don’t want their parents to know they are using contraceptives either to purchase them out-of-pocket or call their insurance company and request that their information be kept secret.

But that undermines parents’ ability to offer moral guidance to their daughters and to protect their health and safety. In a statement calling Nurx “dangerous,” the American College of Pediatricians warned that all forms of hormonal contraceptives carry a risk of serious side effects, such as stroke or cancer. Both Plan B and Ella can cause hemorrhaging. And easy access to contraceptives that bypasses parents and physicians increases the likelihood of teens experiencing the harmful consequences of sexual activity, potentially including depression, suicide, sexually transmitted infections, and the risk of exploitation from abusive boyfriends or sex traffickers. —J.B.

Researchers have developed a nuclear medicine treatment for colorectal cancer that showed a 100 percent cure rate in a mouse study, with no indication of toxic side effects.

The technique, featured in The Journal of Nuclear Medicine’s November issue, uses a chemical agent that finds and destroys cancerous cells but does not harm healthy ones. If the treatment passes human clinical trials, doctors could potentially use the same approach to treat other types of cancerous tumors, the researchers said. —J.B.