The president of Southwest Baptist University announced his resignation this week, a move that comes amid a period of turmoil for the school. President Eric Turner started his role in 2018, and controversy between the school and its affiliated convention, the Missouri Baptist Convention, marked his term.

Next week, representatives from Missouri Baptist churches will gather outside St. Louis for the annual meeting of the Missouri Baptist Convention (MBC). Many were already expecting this year’s meeting, beginning on Monday, to mark significant changes for Southwest Baptist University: Attendees will vote on measures meant to reaffirm the school’s conservative doctrinal commitments.

“As the University and Missouri Baptist Convention rearticulate their long-standing relationship, I think it is vital for the two entities to have a fresh start with a new leader at the helm,” Turner said in a statement.

Southwest Baptist University (SBU), a school with 3,000 students and a main campus in Bolivar, Mo., has come under scrutiny in the past two years over accusations it was tolerating liberal theology among its faculty. The MBC—a state affiliate of the Southern Baptist Convention—is taking steps to ensure the school upholds conservative doctrine, but school administrators have been slow to implement some changes and criticized some of the convention’s efforts to exercise oversight.

On the agenda for next week’s MBC meeting: a new slate of SBU trustees and new governing documents for the school, including a new statement of faith.

The school’s doctrine took center stage in 2018 when the administration fired Clint Bass, a tenured church history professor. During his 10 years of teaching at SBU, Bass had noted conversations and reports from students suggesting his fellow professors held un-Biblical views, such as belief in annihilationism (where souls are destroyed instead of sent to hell) and a form of purgatory, along with doubts about the inerrancy of Scripture. At times, members of the MBC reached out to Bass to discuss the school—an entity belonging to the convention—and Bass shared his concerns. But in 2018, Bass said, his dean accused him of spying for the convention. Later, the school fired him. (The dean, Rodney Reeves, left the school last year.) 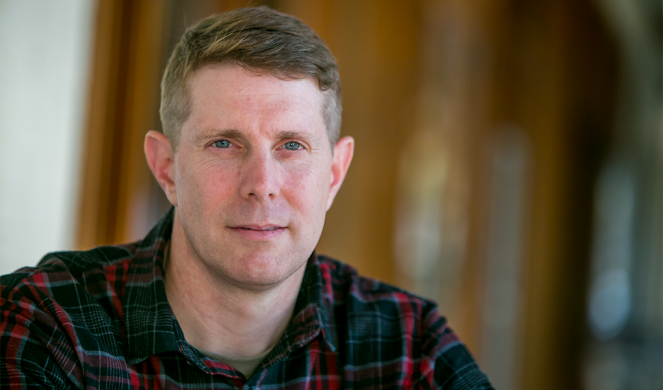 At the time, the Missouri Baptist Convention was already making changes. In 2017, the MBC updated its governing documents and directed its entities—three colleges, a children’s home, a foundation, and a retirement home—to do the same. These updates included adopting the Baptist Faith and Message 2000, a conservative doctrinal statement that affirms belief in hell and the inerrancy of Scripture, and naming the MBC as the “sole member” of each entity’s corporation.

By late 2019, all the entities had made the required changes except for SBU. Frustration among the university’s leadership was evident in a fall 2019 letter from President Turner to school alumni. “Make no mistake about it—the controversy in which SBU has been embroiled has little to do with theology,” Turner wrote. “This has been a co-opted controversy used by others as an attempt to exert undue influence over the University.”

A major sticking point for administrators has been the nomination of the school’s trustees. Each year at the MBC meeting, a committee of Missouri Baptists nominates five new trustees, and representatives from Missouri churches vote to approve them. SBU has 25 total trustees.

Until recently, the nominating committee would often simply approve the list of trustees the SBU president wanted. But last year, when the school sent a list of recommended trustee nominations to the committee ahead of the MBC’s October meeting, the committee responded by sending back its own slate of names.

School administrators responded with a “compromise list,” but the committee would not accept the compromise: The MBC instead approved the committee’s five trustees.

In February 2020, when critics accused one of the new trustees of mishandling an old sexual abuse case, the school in a Facebook post and press release referred to the trustee as part of “the slate of trustees the MBC unilaterally imposed upon SBU without SBU input or approval.” (After investigating the claims, the school’s board kept the trustee in good standing.)

The Higher Learning Commission, SBU’s accreditation body, confirmed on Friday it was investigating a complaint about the school’s compliance with its accreditation standards, although it would not give details.

At last year’s meeting, the MBC set a deadline for the school to make the required updates to its governing documents. This September, the school submitted those updated documents—naming the convention as the sole member of the corporation and adopting the Baptist Faith and Message 2000.

The final step: Missouri Baptist church representatives, called messengers, will vote to finalize the documents at next week’s meeting. The nominating committee will also put forward slates of new trustees for the MBC’s entities, including its three colleges, for the messengers to approve.

Despite the conflict between the university’s administrators and MBC leaders, the school in the last few months has taken steps seemingly aimed at appeasing the convention.

In September, news broke that SBU’s trustees had voted for the school to adopt three additional statements of conservative theology: the Chicago Statement on Biblical Inerrancy, the Danvers Statement on Biblical manhood and womanhood (affirming complementarianism), and the Nashville Statement on sexuality (censuring homosexual relationships and transgenderism). Trustee Tim Carter told the T.A.G. You’re It podcast that the convention did not require the change, but he made the motion to adopt these documents because he “felt like it was needed.”

Ted Bachman, a member of the MBC’s nominating committee, called the news “surprising but good” and said it went “above and beyond what the MBC was asking.” The school’s president, provost, and theology, ministry, and philosophy faculty members will be required to affirm these statements.

Another significant development this summer: In June, SBU announced it would end its philosophy program next year as part of the administration’s strategic plan to cut costs. Charlotte Marsch, communications director for SBU, said that when it made the decision, the school had only one student enrolled as a philosophy major.

The Daily Nous website reported that the cut would mean not renewing the contract of Zach Manis, a tenured professor of 16 years and the only full-time professor in the school’s philosophy department. Manis was one of two professors who had expressed uncertainty or disagreement with the traditional doctrine of hell at a student forum in 2017.

The school would not confirm whether it intended to renew Manis’ contract.

Outgoing SBU president Eric Turner told me by email that this year’s Missouri Baptist Convention meeting was an opportunity for the school and convention to move forward. “SBU and the MBC must move beyond the controversy embroiling the entities the past two years,” he said. “While we must not forget the past, we must concentrate on the future. Part of SBU’s future is becoming an indispensable partner with Missouri Baptists.”

Bachman called the recent changes “a dramatic course correction that reflects the heartbeat of SBU’s founders.” But he also expressed concern: “The SBU administration has yet to acknowledge that the theological concerns raised by Bass, alumni, and other pastors of the MBC were legitimate.”

Update: Tuesday, Oct. 27 | On the second day of the Missouri Baptist Convention meeting, SBU trustee Bob Ingold called for a convention vote on an alternative list of trustees. The vote failed, and the messengers approved the nominating committee’s slate of trustees.

Ingold’s motion came after he distributed a packet of papers on Monday expressing his complaints about actions the Missouri Baptist Convention has taken with regard to SBU, according to Word&Way.