Here’s a note from last month by a WORLD reader who picked up at her library Daniel Silva’s new spy novel, The Cellist (Harper, 2021). She wrote, “I am quite annoyed by it. I was a Never Trumper before 2016, but came to be a supporter during his 4-year term. … I skipped his previous book after you didn’t recommend it. Maybe I’m done with Daniel Silva. Too bad, as he had been one of my favorite authors.”

Silva produces a new novel each year, and I criticized last year’s under a headline, “Daniel Silva becomes Dan Brown.” Silva, after a long run of excellence, produced in The Order a sloppy and clichéd conspiracy tale centering on a purported “Gospel of Pilate” that disproves the real Gospel accounts. He wove that silliness throughout the novel, so every thread is a shroud.

The Cellist is different. It’s a smartly plotted and plated Silva salad with his typical characters—Israeli spy hero Gabriel Allon, bad Russians, a beautiful heroine—mixed together, with only a sprinkling of ideological dressing. To be precise, the delightful main story ends on page 394: After that come 60 or so pages about Jan. 6 at the Capitol and a fictional Jan. 20 inauguration assassination plot. If you’re pro-Silva but also pro-Trump, it’s OK to skip that final section.

Joseph Henrich’s The WEIRDest People in the World (Farrah, Straus and Giroux, 2020) is one of the weirdest books I’ve read, starting with the first sentence of the book’s “prelude”: “Your brain has been altered, neurologically rewired as it acquired a skill that your society greatly values.” Creationists have two camps, young earth and old earth, and it seems evolutionists have a similar split: Henrich says five centuries of literacy have dramatically expanded human prefrontal cortexes, whereas traditional evolutionists argue for 5 million years of brain change.

Henrich’s WEIRD is an acronym for Western, Educated, Industrialized, Rich, and Democratic, all of which he thinks are mostly good things, but unusual in the world. And the reason for all this weirdness, he argues, is … Protestantism, which embeds the idea that individuals should develop a personal relationship with God largely by reading the Bible. Literacy requires education, and education helps us invent things and make money.

Henrich applies evolutionary frosting to Max Weber’s Protestant work ethic. His book is thought provoking as long as we don’t take it too seriously. The same holds for Seth Barron’s The Last Days of New York (Humanix, 2021), which does a decent job of outlining Mayor Bill de Blasio’s failures and suggests that the decline will continue. 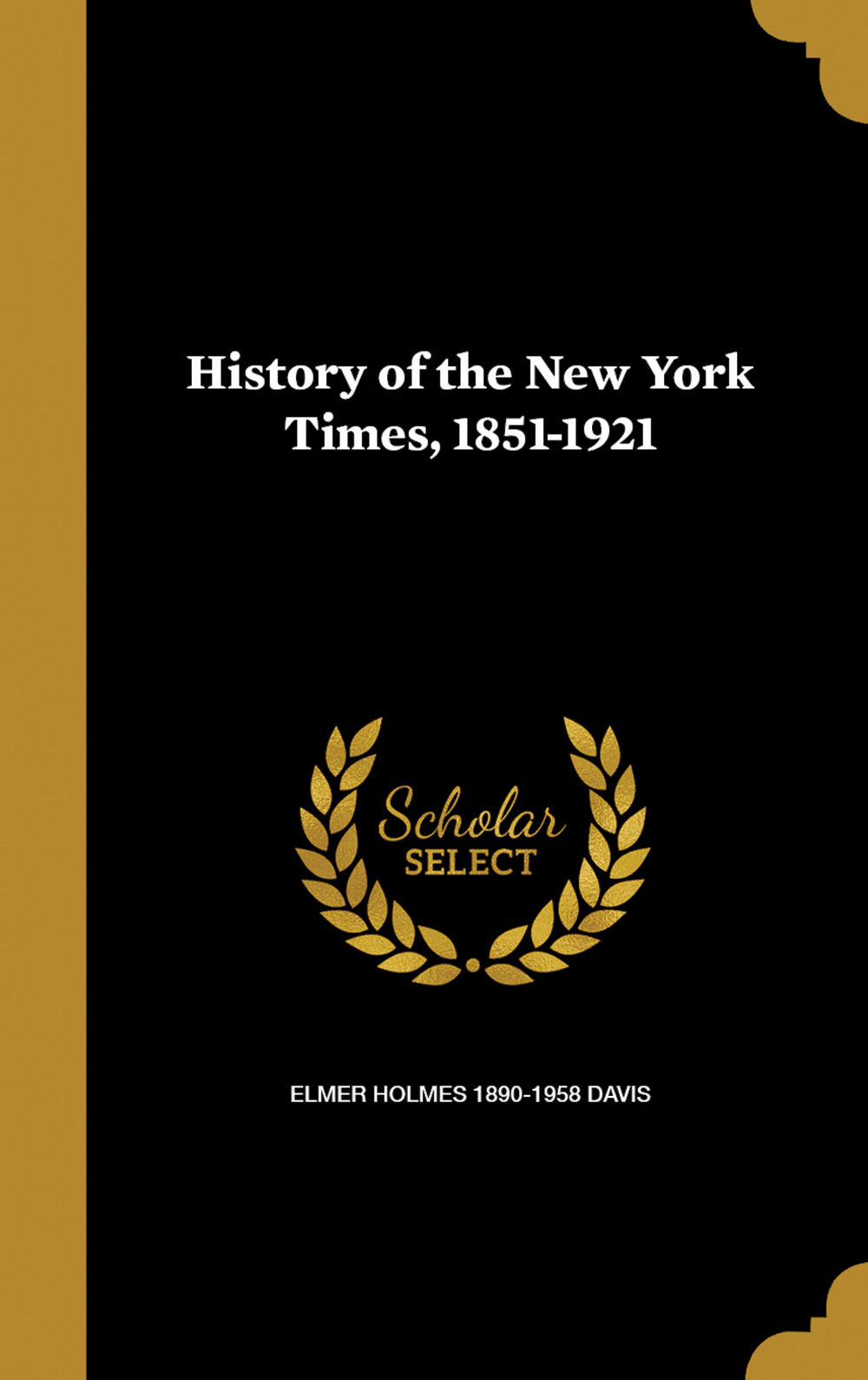 Today, should Christians talk of not only the last days of New York but the last days of America? We know many Manhattan blocks will one day be like those Amos describes: “In all the squares there shall be wailing, and in all the streets they shall say, ‘Alas! Alas!’” But we don’t know when that will happen. Jeremiah is famous for preaching “jeremiads,” proclamations of disaster during the last days of first-temple Jerusalem 2,600 years ago—yet he also sent an encouraging letter to Jewish exiles in Babylon.

A century-old book offers some perspective. In 1921 The New York Times published, on its 70th birthday, a self-celebratory History of the New York Times by one of its employees, Elmer Davis. The book includes a revealing description of how editors of the Times, then a Republican newspaper, tried in the 1870s “to reconcile their principles with their party allegiance.” The GOP had become corrupt, and the Times “was compelled on occasion to express itself with a frankness which met with disfavor from more extreme partisans.” —M.O.