In a sane world, the crimes of late-term abortionist/serial killer Kermit Gosnell would receive the same Hollywood treatment as other horrifying true stories like Zodiac, Monster, and In Cold Blood. It would have a large budget, a prestigious director, and A-list stars culminating in award nominations. But, of course, in a sane world the story would have received in-depth coverage from major media outlets as well.

Thus the theme of the movie is also the story of how it came to be made. As one character puts it, “[Gosnell’s] been killing babies for 30 years because nobody wanted to say anything. Nobody wanted to know.” Thankfully, after fighting an uphill battle to get funding, the filmmakers do a tremendous job with the limited resources at their disposal.

During what he thinks is going to be a routine drug bust, Detective James “Woody” Wood (Dean Cain) receives a tip almost too astonishing to be real about a house of horrors in a Philadelphia abortion clinic. The conditions he and his partner discover after they arrive to investigate are unspeakably unsanitary, with cats defecating in the halls and medical waste sitting alongside food in the fridge. When they come upon a room containing babies’ feet preserved in jars and hear the nurses describe Gosnell’s practice of “snipping” the spines of living infants, they realize their informant vastly undersold the true extent of the situation. 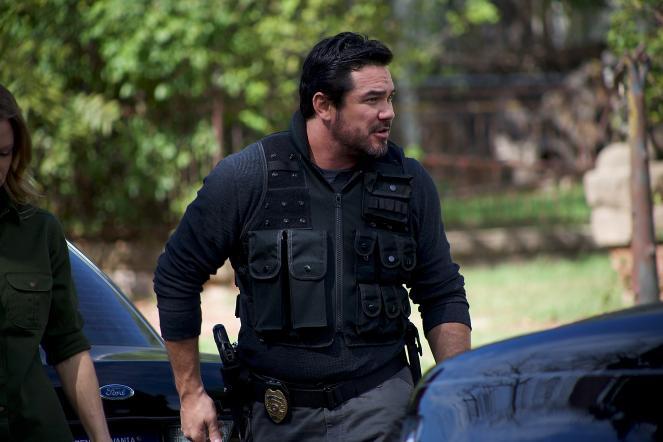 The biggest danger with a story like Gosnell (rated PG-13 for realistic language and violent images) is sensationalizing the more gruesome elements, accurate as they may be. Letting the story unfold naturally as a police and courtroom procedural, actor/director Nick Searcy (best known for TV series Justified) wisely errs on the side of understatement. He trusts the facts to speak loudly enough to the audience without his needing to hammer home a message.

And the facts are these—the law regarding late-term abortion is so morally muddled, Woody and assistant district attorney Lexi McGuire (Sarah Jane Morris) face a monumental task trying to prove that Gosnell’s pitiless slaughter of countless babies as well as one mother qualifies as serial killing rather than simply some form of gross medical malpractice. Just deciding to take the case to trial forces Lexi, a pro-choice mother of five, to confront the deeper implications of what she says she believes. 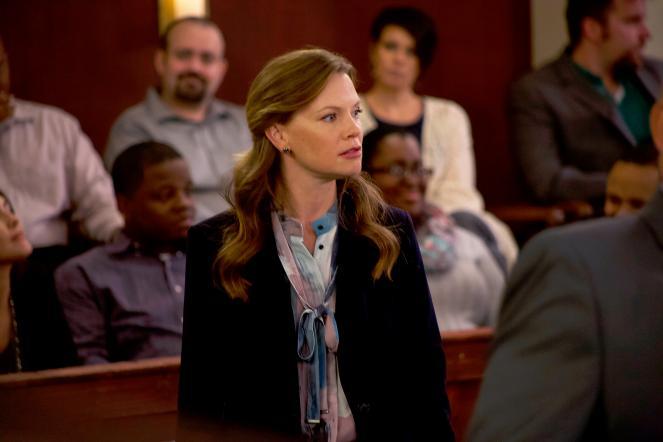 During cross-examination, the inherent irrationality of our nation’s approach to abortion law stands out in stark, neon relief. Particularly effective is an ongoing discussion of how, had Gosnell first “emptied the heads of the fetuses,” i.e., removed the babies' brains before removing them from the womb, as is the common practice for abortionists, the murders he carried out might not have been crimes.

Thankfully, the performances, production, and pacing of the movie more than do justice to the difficult subject matter. Cain and Morris are both likable, effective leads, and the series of women playing Gosnell’s clinic employees are uniformly impressive. A lion’s share of credit must go, however, to Earl Billings as Gosnell. At one moment blandly compliant, at another arrogant in his rock-solid confidence that the third rail of so-called women’s health will prove too charged to allow his conviction. His smiling self-assurance that he’s a hero to the poor, minority women who visit his clinic is the stuff of nightmares.

Both as director and in his role as Gosnell’s attorney, Searcy is smart enough to make as strong an argument as possible on the abortionist’s behalf, refusing to flinch from the real-life allegations that race and religion played a role in Gosnell’s arrest. In fact, the most persuasive case he makes in Gosnell’s defense is that while his practice may have been sloppier than that of other clinics, it was no more inhumane.

Perhaps we should be glad that mainstream Hollywood, just like the mainstream media, had no interest in this story. It’s almost impossible to believe they would have told it so well.

The movie will show in theaters starting Friday, Oct. 12.

When and where will it be playing? Big screens, TV channel? Netflix download?

"At one moment blandly compliant, at another arrogant in his rock-solid confidence that the third rail of so-called women’s health will prove too charged to allow his conviction. His smiling self-assurance that he’s a hero to the poor, minority women who visit his clinic is the stuff of nightmares."I could hear the "Twlight Zone" music as I read this description.

I pray for our nation...