Country music artist Steven Cade was in his late 30s, married with two kids, when he learned firsthand about homelessness. He and his family had just packed their clothes, furniture, and Cade’s stash of music awards in anticipation of a cross-country move. Then, the bottom fell out of their finances. “It was kind of like the plane doors were closing,” Cade remembers. “No turning back.”

He says the hardest part was explaining to his 6-year-old why they were sleeping on friends’ couches. “I know it’s up to me to provide for my family, so there was a lot of stress, a lot of nights of no sleep. It tore me up. It’s a very bad feeling to not be able to give your kids even a little something.”

Within two months, the family bounced back, but its brush with homelessness gives Cade, now 40, credibility when he speaks to crowds at rescue missions, shelters, and ­children’s homes—something he’s done more than 50 times since his “Giving Guitars Tour” began a year ago. Residents gather to hear a musician who’s shared stages with Darius Rucker and Carrie Underwood, but they end up shaking hands with someone who understands regular life. And their pain.

That’s what happened at the Orlando Union Rescue Mission. As Cade took the mic and began to acknowledge his own hard times, wary audience members standing at the back slowly warmed up. By the time he reached the chorus of his original song “Better Me,” they’d moved all the way to the front.

That song’s lyrics tell of a man opening his eyes and heart to needs around him. But during shelter concerts Cade makes clear it’s Christ who’s responsible for the lasting change in his life.

Raised in Houston in a blue-collar neighborhood, Cade left his Catholic school with head knowledge about Jesus but no relationship with Him. That changed after a bout with encephalitis left an in-the-prime-of-life Cade partially paralyzed. “I was in a band, and we were traveling a lot. You could say I wasn’t living a very conservative lifestyle. But lying in the hospital for a week, I had time to think.” 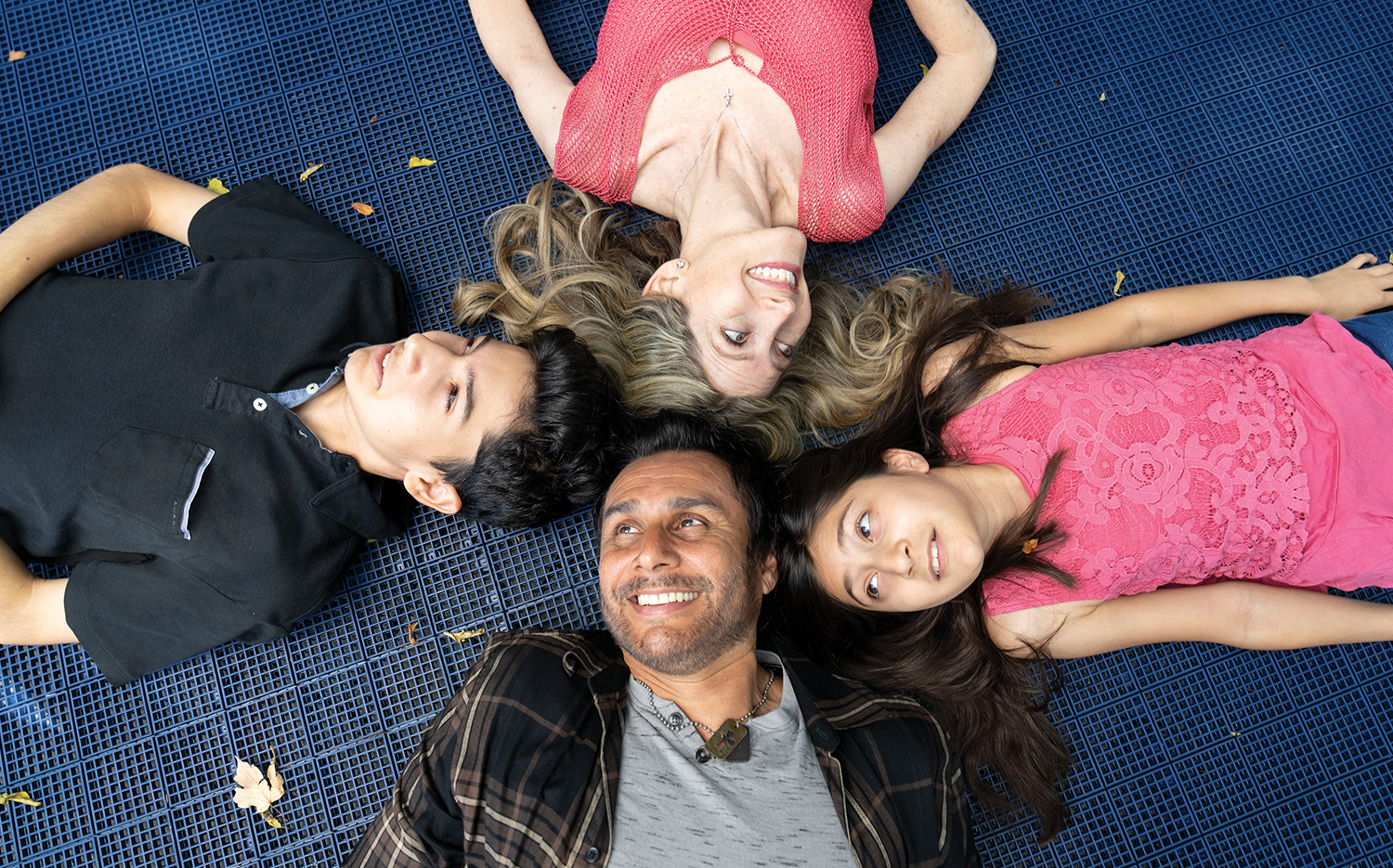 The Cade family plays on a trampoline in the backyard of a friend’s house in Nashville. Photo by Joe Howell/Genesis

Cade eventually recovered from that illness, but it took a while. For five years, he suffered from headaches. The fatigue and muscle twitching lasted even ­longer. Meanwhile, he and his future wife, Kellee, got on the right track spiritually, giving their lives to Christ on the same day. Cade remembers doors opened for him to use his talents for God’s purposes almost immediately after his conversion. He began leading worship in churches, and even took a church staff position. Along the way, he developed an appetite for theology and doctrine.

That shows when Cade gives his testimony during concerts, Freddy Clayton says. In Clayton’s 15 years helping lead the Orlando Union Rescue Mission, he’s never had a well-known artist besides Cade offer to come ­perform. “Our guests are still talking about it. He gave them a sense of dignity and hope.” Cade also gave them two acoustic guitars, compliments of Taylor Guitars and Christian philanthropist Brent Yates, who has partnered with Cade to make the tour possible.

At most stops Cade leaves just one guitar, but all recipients have access to Cade’s YouTube instructional video for beginning players. In Orlando, two ­residents have progressed enough on the instrument to form a praise band.

That pleases Cade, but he isn’t ­surprised. “Music is a gift from God. People dance to it, they hum it, they sing it, but it also breaks down barriers. It creates an atmosphere that helps people communicate.” Communication with shelter residents has convinced Cade that health and wellness issues may soon eclipse welfare needs. While he admits he doesn’t have all the answers, Cade has learned a lot about domestic violence, human trafficking, and addictions. He’s especially concerned about a new group he’s noticed falling on hard times—seniors who aren’t technologically savvy enough to keep up with the changing culture.

It’s seniors who light up when Cade’s children join him on stage at shelter events. His son and daughter, now 14 and 11, haven’t forgotten what it feels like to be homeless, but they have embraced the nomadic tour schedule of their parents. On the road, mom Kellee teaches them calculus and pre-algebra while their dad mixes paid gigs with shelter ministry. After a recent stint in Southern California, they’re back at their Nashville home base.

In August, Cade headlined at Music City’s historic Bluebird Cafe. That’s a big change from San Diego’s rescue mission, No. 54 on his list of completed shelter stops. Cade is comfortable with the contrast. “It’s a grand tour, not a race. I’m on a music mission. The United States has 11,000 shelters, and we’re looking forward to making an impact on all of them.”