Setting out a welcome mat

Immigration: Individuals and organizations help Afghan refugees get temporarily resettled in the U.S., as thousands of others wait

An Afghan man with his daughter in their rented apartment in Alexandria, Va. Jacquelyn Martin/AP

On Aug. 16, 2021, Ahmad watched the Taliban march into his hometown in the province of Balkh over Facebook live­stream as his brother videoed the takeover from his apartment. It was night for Ahmad and his wife, Rachel, in Dallas. They asked WORLD to use pseudonyms because they’re concerned for the safety of family members still in Afghanistan.

The next morning, they called Ahmad’s family and told them to burn any pictures of their American daughter-in-law, along with any Western-style clothing, such as jeans and nonreligious books. Ahmad met Rachel when she came to Afghanistan for a missions trip. Along with the Western connections, the family wasn’t sure whether they would be targeted for their ethnicity as Hazaras, one of the most persecuted ethnic minorities in Afghanistan. They didn’t know what might earn them a death sentence. “We didn’t know, and so it’s literally like having conversations like: ‘That picture of your grandchild? Burn it.’”

Ahmad’s family is now in a hotel in Albania, and he is working to get them to the United States, but it’s a slow process. Like many others, their humanitarian parole applications have been stalled or denied. In the meantime, Ahmad and Rachel are making refugees in Dallas feel more at home. They are two of many individuals and organizations on the front lines of local welcome efforts helping Afghan refugees cope with an uncertain future.

Since August, about 76,000 Afghan refugees have been evacuated to the United States. Most were granted humanitarian parole—an emergency status that allows an individual to stay in the United States for two years.

Refugee resettlement agencies have helped most of the refugees move into apartments. Ahmad helps pick them up at the airport and takes them to their apartment. Then, he goes on a hunt for a cheap but durable sofa and bed. He drives them to pick up their Social Security cards, get vaccinations, and register their children for school. He and Rachel help them build a home by driving them to a store to find more furnishings. They sit and talk.

“[We’re] just building relationships, because that’s the No. 1 need right now. They are so lonely,” said Rachel.

Afghans on humanitarian parole get access to work authorization. In Austin, the Global Impact Initiative helps Afghan refugees get settled and provides job training. Refugees can sign up for a two-week program to get a commercial driver’s license.

Shirzoi Hamidi speaks very little English. He and his family left Afghanistan on a U.S. military plane. On Nov. 22, they arrived in Texas. Now Hamidi is learning English and hopes to get his commercial driver’s license to support his four young children. Global Impact Initiative will help refugees like Hamidi find a place to take the driving part of the course and is networking with trucking companies. The group helps them write résumés and learn interview skills.

About 20 minutes away, Hope Clinic provides a different kind of service from a nondescript brick building. About 15 doctors, nurse practitioners, and physician assistants provide primary care. If a patient needs bloodwork or X-rays, the clinic foots the bill. Patients can get medication from a tiny pharmacy. 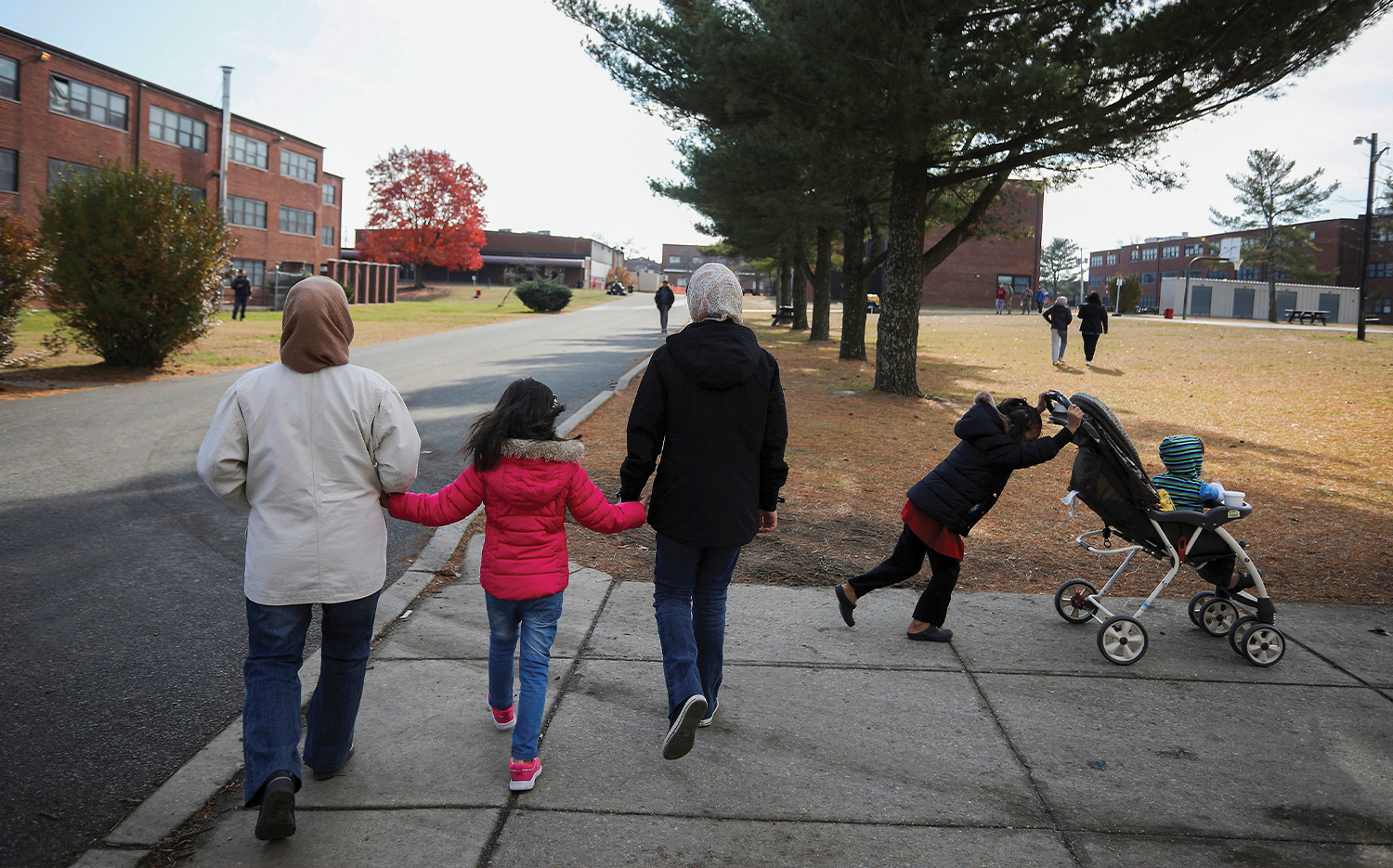 Afghan refugees began to arrive at the clinic in November 2021. Some had chronic diseases and an empty bottle of medication. “If you come to another country and have diabetes and you don’t speak the language, and you know that you will die if you don’t get your meds, those people are so, so thankful that someone stepped into the gap and talked to them,” said Jodi Schrobilgen, the executive director.

After the initial evacuation, U.S. Citizenship and Immigration Services (USCIS) has received more than 46,000 applications from Afghans hoping to come to the country on parole. Like Ahmad’s father’s, most cases are pending. Fewer than 5,000 cases have been fully adjudicated, according to USCIS data obtained by CBS News, and over 90 percent of those have been denied.

In response to growing criticism of the denials and simultaneous free-handed use of parole for Ukrainians and others, the Biden administration broadened parole guidelines. “Under the new parole guidelines, or criteria, it’s possible more will get approved,” said Samantha Howland Zelaya of the National Immigration Forum. “But there’s not a similarly streamlined program as Uniting for Ukraine.”

The Uniting for Ukraine program allows permanent residents, citizens, or organizations to sponsor Ukrainian war refugees to come to the United States on humanitarian parole for two years. Sponsors must meet income requirements to prove they can financially support the refugee and commit to covering healthcare and other expenses.

“We’re saying that we’re willing to take that on” for Afghans, Rachel said.