Songs of Faith: Glaubenslieder by Bending Times: The program—a dozen vintage Lutheran hymns, an Austrian Christmas carol, a Bach cantata, and a Lutheran-hymn-based passacaglia—might lead one to think that Christian Grosch (piano), Toralf Schrader (double bass), and Enno Lange (drums) are merely picking up where Jacque Loussier left off, giving familiar circa-Baroque-era melodies the jazz-trio treatment. One, however, would be wrong. As the combo’s name suggests, there’s a lot of “bending” going on, of both melodies and time signatures, all of it sparkling and much of it playful. Discovering that what begins like something from a Vince Guaraldi Peanuts soundtrack is actually “A Mighty Fortress Is Our God” is rather fun.

Déjà Vu (50th Anniversary Deluxe Edition) by Crosby, Stills, Nash & Young: This four-disc box is noteworthy mainly for how overrated it makes the album at its core seem. Not only has every song that isn’t “Helpless,” “Our House,” “Teach Your Children Well,” and “Woodstock” aged badly, but the outtakes (Disc 3) deserve to be outtakes, and the demos (Disc 2) are obviously demos. Only with Disc 4—an all-alternate-takes version of the original LP that replaces “Country Girl” and “Everybody I Love You” with “Know You Got To Run”—does the project become interesting. Incredibly, “Almost Cut My Hair” is less insufferable at 10 minutes than it is at five because doubling the amount of music creates the illusion of halving the lyrics.

Gentle Man by Rory Feek: Feek’s first album since his wife Joey’s death has Americana Grammy written all over it, and not just because his Joey-missing opener “Me and the Blues” and Sandy Emory Lawrence’s Joey-mourning closer “One Angel” make it a sentimental favorite. As moving as those songs are, they have stiff competition—namely from Phillip Coleman’s “Out on a Limb,” the Grascals’ “Satan and Grandma,” Tim Johnson’s “What You Gonna Do With That Broken Heart,” and Feek’s own Gideon Bible testament “Met Him in a Hotel Room.” There’s even artistic sequencing—following the title cut (a salute to old-fashioned gallantry) with “The Times They Are A-Changin’” gives both songs fresh meaning.

Teresa de Ávila by John Zorn, feat. Bill Frisell, Julian Lage, Gyan Riley: It’s hard to believe that as one of the world’s most prolific composer-musicians John Zorn has time to immerse himself in the works of the 16th-century Carmelite nun after whom this final installment in his instrumental acoustic-guitar-trio pieces inspired by Catholic mystics is named. And maybe he doesn’t—the only obvious one-to-one correspondence between music and title is “Marrano,” and even Arnold I. Davidson’s prolix liner notes lack specific references to Teresa of Ávila’s writings. So concentrate instead on the specificity of Frisell, Lage, and Riley’s concurrent notes, runs, and strums, the intricate interweaving of which can be a kind of, or at least a kind of preparation for, prayer. 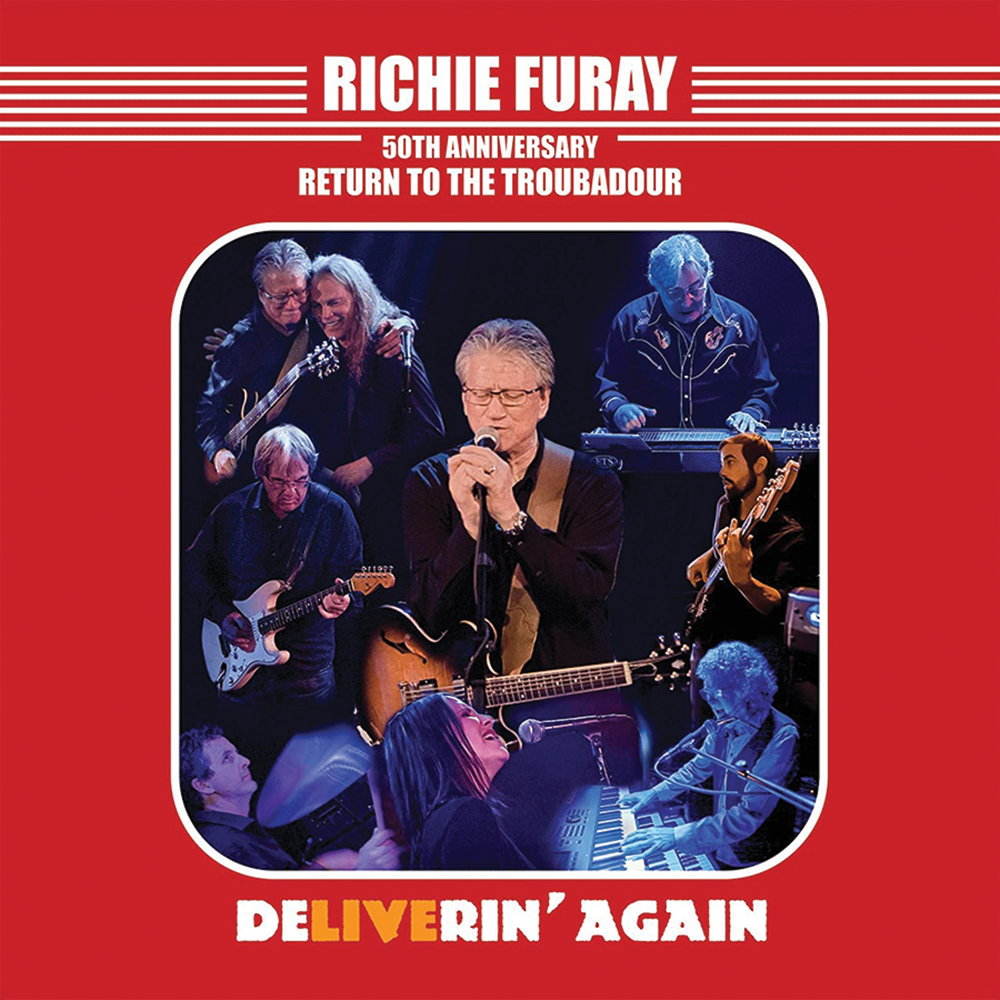 Richie Furay’s 50th Anniversary: Return to the Troubadour/Deliverin’ Again is two semicentennial celebrations in one. Recorded in 2018, it commemorates the 1968 Troubadour debut of Furay’s first post–Buffalo Springfield band, Poco (with some Springfield and solo Furay for good measure). Released in 2021, it commemorates the 1971 release of Poco’s first live album, Deliverin’, which gets re-created in its entirety, right down to the no-smoking announcement and the shout-out to the “good guys.”

Listeners just making this music’s acquaintance are directed to the tracks “We Were Dreamers,” a song about Poco that accurately situates the group’s sound somewhere between “redneck” and “hippy,” and “Wake Up My Soul,” a rousingly Psalm-like prayer that doubles as a reminder of Furay’s Christian faith.

Longtime Poco fans who wonder why Deliverin’ sounds better than before are directed to the vocal contributions of Furay’s daughter Jesse. (Also available on DVD) —A.O.