Exploring a link to ancestral identity, some Westerners of African descent are moving their families to Ghana and other African countries

In 2019, American Tony Jones joined a crowd walking down Victoria Road toward Cape Coast Castle, a towering white slave fort built by European slave traders in Ghana. He was one of more than 1,000 locals and foreigners taking part in the nighttime procession, dressed in white and holding flickering candles that provided the only source of light along the road. Outside the castle, people listened and teared up as speakers shared stories of how slavery impacted them.

Jones flew more than 5,000 miles from Texas to the West African nation with his wife, Ayo, and two of their children to attend the “Year of Return.” The yearlong event included a flurry of activities commemorating the 400th anniversary of the first recorded African slaves landing in the United States. In August 1619, the English ship White Lion brought “20 and odd” enslaved Angolans to what is now Fort Monroe in Hampton, Va.

Jones also took a guided tour of the Assin Manso Ancestral Slave River Park, one of the largest slave markets, where slaves took their last baths before being taken to the forts. The experience left him with a “chilling effect.”

“That was really emotional, standing on the water our ancestors left from,” Jones said.

The experience caused the Joneses to strengthen their connections to Ghana over the next year, as Ayo has Ghanaian and Nigerian roots. In September 2020—after months of delays due to pandemic border closures—the family moved to Ghana and settled in Taifa, a 20-minute drive from the capital of Accra.

They are now part of about 3,000 African Americans and a growing number of other African descendants who have partaken in a reverse migration trend: Moving from the West back to Ghana and other African countries to connect with their roots.

Ghana has a record of opening its doors to African descendants: In 1957, President Kwame Nkrumah welcomed Martin Luther King Jr. as the country marked its independence from Britain. In 2001, Ghana passed the Right of Abode law, allowing people of African descent to stay indefinitely. English is the official language in the country.

Tony Jones first felt the pull toward Ghana during a 2016 visit with his wife. By the time they returned in 2019 and took part in the anniversary events, the couple started discussing where they could live and how they would get around if they moved to Ghana. Ayo’s father, a Nigerian Ghanaian, retired in Ghana in 2000.

The Joneses started to save money for the move, which came to fruition in September 2020. In Ghana, they welcomed the slower pace and credit-free lifestyle. They also observed changes in their 12-year-old son, such as when he noticed international reports on last year’s protests and shootings in the United States on television.

“He’s gotten to the point now where he says he doesn’t want to go back,” Ayo said. “And I think that has got to do with him just kind of seeing how his value as a black man is different in the U.S. versus in Ghana.”

But their new life has its challenges. When the city started to revamp its water system, the Joneses had to go nearly two weeks without water. The family filled barrels with water ahead of the shutdown. “The day that the water came back on, the power went [out] for like a whole day,” Tony said.

But they’ve embraced such inconveniences as part of living “the Ghana life,” which they plan to do for the forseeable future.

The Year of Return had a notable impact. Ghana welcomed 45 percent more visitors that year and generated $1.9 billion in tourism revenue. The Ghanaian government also granted citizenship to 126 people.

Before the Joneses left the United States, several friends and family members worried for their safety. So the family started a YouTube channel chronicling their daily lives. It quickly garnered thousands of followers, some asking for more information on their move. They also started a website, Expat Life Ghana, connecting other new arrivals with tours, airport pickup, and other services. 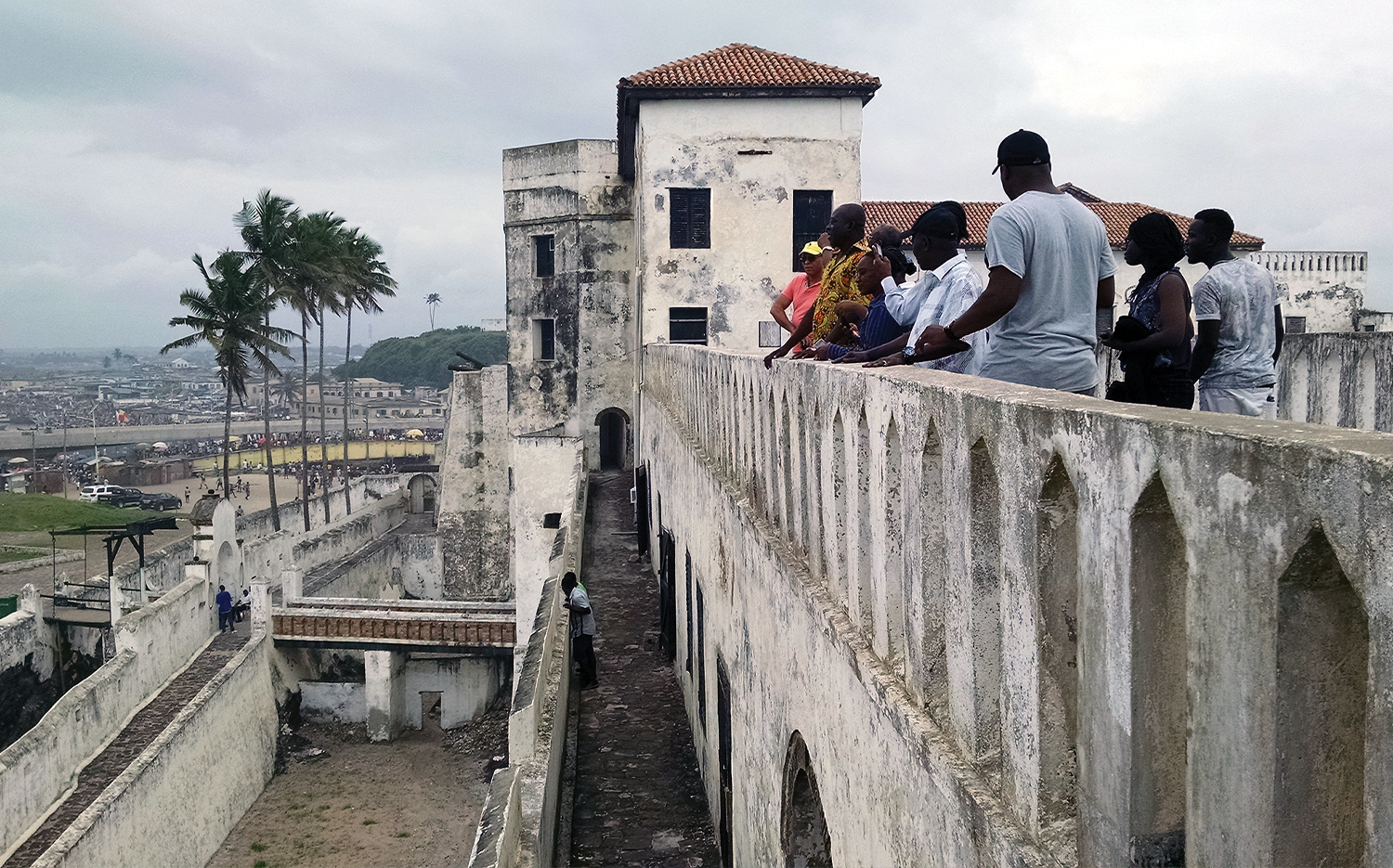 Anna Acheampong and her husband, Kevin, also started video blogs to keep friends and family members updated on their experiences after relocating to Ghana from Amsterdam in 2019. The couple both had Ghanaian fathers and Dutch mothers and grew up with their mothers in single-parent homes.

After Anna had difficulties with the birth of their second child in 2016, she started to miss the family-centered lifestyle she experienced visiting Ghana: “You used to live together, your neighbor will help you cook if you’re not good or help take care of your kids,” she said.

When Ghana announced the Year of Return, the family jumped on the chance to move there for one year. They explored family roots. They also celebrated little wins, like their children learning English as a first language and enjoying the steady sun instead of vitamin D supplements.

The family also had to learn how to navigate cultural changes, including discipline in Ghana’s school system. In one instance, Anna’s 9-year-old daughter refused to point and yell “shame” at a classmate told to stand on her desk for failing a math problem. As a punishment, the teacher told her to stand on her desk as well. Afterward, Anna moved her two children to a private school.

The pandemic caused them to extend their stay until mid-August. They later spoke on their YouTube channel of the challenges of finding a comfortable home with proper maintenance and a suitable school for their children and their struggle with mounting expenses after staying longer than they originally planned.

But Anna said their stay had a lasting impact on the family.

“I think that the knowledge and the self-confidence that has been instilled in every one of us in my family is something that regardless what happens, we’re going to take that back to wherever we go,” she said.