With coronavirus spreading, Chinese churches are trying to help their neighbors

A Chinese man wears a protective mask as he walks through the empty streets in Beijing. Kevin Frayer/Getty Images

On Jan. 20, Zhang Ruzhen traveled from her home in Wuhan to Chengdu to celebrate Chinese New Year with her son, Xue Ximing, and his family. She soon developed a cough and low-grade fever, so the family brought her to the local hospital. By Jan. 23, doctors discovered she had contracted the novel coronavirus and quarantined her and Xue’s family.

Members of Xue’s Enfu Church prayed for Zhang and the family, bringing them food as they remained under quarantine. Pastor Paul Peng called Zhang on Jan. 24 and shared the gospel with her, explaining man’s sin and Jesus’ saving death on the cross. He asked if she wanted to accept Jesus. After a slight hesitation, she agreed.

The church gave Zhang’s nurses a sound system to play hymns, and nurses said she spent the last 24 hours of her life listening to it before dying on Jan. 29. She was the first coronavirus fatality in Sichuan province.

With her family quarantined and the epidemic keeping most people home, Peng held a memorial service over a videoconferencing platform for about 100 of Zhang's friends and family. He preached on Psalm 80 and how calamity should lead people to pray not only for God to rescue them, but also for people to repent and turn to God. “If the sudden death of Mrs. Xue can lead you to repent before God, then this day will be the day your mother rests in the Lord and the day your whole family is saved,” Peng said. Xue also gave a testimony of his mother’s life.

By that afternoon, the audio and transcript of the memorial was posted on Enfu Church’s WeChat page and has since garnered about 80,000 pageviews. Peng said that after the service, several of the family’s friends came to profess faith in Christ. One person even contacted Peng asking if the pastor would lead her in the sinner’s prayer.

Despite the terror and the anger the outbreak has stirred up, Peng said he also sees the fruit of God’s work amid dark times: “Through this, we’ve seen God’s grace and the love between the brothers and sisters in the church. The church members also feel a greater burden to evangelize with their family members.”

The coronavirus epidemic has shut down entire cities in China, infecting more than 28,000 people and killing 563 as of Thursday. Health officials have confirmed about 193 cases in 24 other countries, including 11 in the United States. The actual number of cases is probably much higher: Overcrowded hospitals are turning away patients. Some die at home without knowing if they had the virus.

The United States and other countries have banned incoming foreign nationals who recently visited China and placed travelers under quarantine. Major airlines have canceled flights to China as countries are evacuating their citizens from Wuhan. The State Department has asked U.S. citizens not to travel to China. The travel ban has also hurt China’s economy: Stocks in China dropped 8 percent as the market reopened this week after the Chinese New Year holidays. 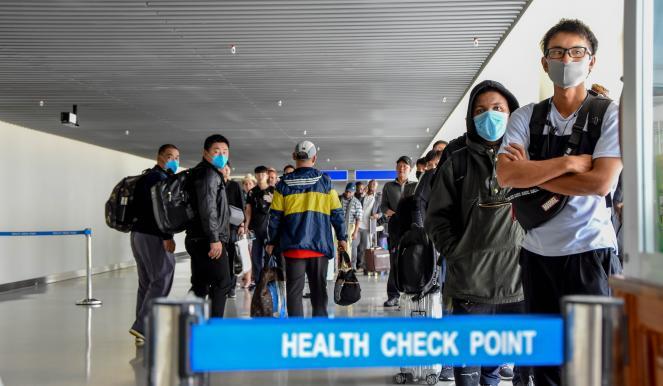 Passengers arriving from China wait in line to be checked by health officials at the Julius Nyerere International Airport in Dar Es Salaam. ERICKY BONIPHACE/AFP via Getty Images

Many blame the Chinese government’s slow reaction and attempts to suppress initial information about the coronavirus, known as 2019-nCoV. Meanwhile, Chinese churches are handing out what medical supplies they have and sharing the gospel in their communities.

The first wave of people infected with the coronavirus in December had connections with the Huanan Seafood Wholesale Market in Wuhan, which sold not only seafood but also wild animals. Scientists believe the virus jumped from animals to humans through meat sold at that market.

On Dec. 30, Wuhan doctor Li Wenliang messaged his medical school classmates about the mysterious illness, The New York Times reported. But officials from the city’s health authority summoned Li and forced him to sign a statement that he would stop spreading rumors. Authorities sanctioned seven others for the same reason.

After the rumors spread, Wuhan’s health commission admitted 27 people had an unknown type of pneumonia but stressed “the disease is preventable and controllable.” It alerted the World Health Organization of the cases. On Jan. 1, police shut down the market and sent workers in hazmat suits to disinfect the stalls, the Times reported. But even as officials denied the virus could be transmitted between humans, patients’ relatives and medical professionals started to get sick. Li himself become infected after treating a patient with the virus and later died, leading to an outcry on Chinese social media.

Meanwhile, officials were gathering for the annual People’s Congress and wanted to paint a positive picture of their city. Wuhan’s mayor didn’t mention the virus, instead focusing on future healthcare plans. In mid-January, the city went ahead with a Chinese New Year feast for 40,000 families.

The dam finally burst on Jan. 20, when renowned epidemiologist Zhong Nanshan said in a TV interview that the coronavirus did spread through human contact. With the number of deaths increasing and the virus spreading overseas, President Xi Jinping made his first public statement on the virus, allowing lower officials to admit the problem and seek a solution. Their answer: contain the outbreak at all costs.

Three days later, Wuhan completely shut down. Authorities blocked travel into and out of the city, banned most public transportation, and asked citizens to stay indoors. Hospitals quickly filled up, running out of testing kits and medical supplies. The city began construction on two new hospitals, one of which opened this week.

The lockdown, which extended to other cities in Hubei and restricts more than 50 million people, came right before Chinese New Year—the biggest travel week of the year. Hundreds of millions of people get on trains, planes, and buses to reunite with their families in their hometowns. Before the shutdown, 5 million residents had left Wuhan for the holiday and to flee the virus, according to Wuhan’s mayor Zhou Xianwang.

Zhou claimed responsibility for the delayed response, but also blamed the central government: “As a local government official, I can only disclose this information after I’ve obtained approval to do so.”

Amid the global emergency, Chinese citizens are increasingly incensed at the government’s handling of the situation, as they believe China’s initial cover-up hurt efforts to stop its spread. A young man in Wuhan made a desperate plea on a YouTube video posted Jan. 25, claiming the Chinese government had abandoned the city and describing the dire conditions in the city’s hospitals. 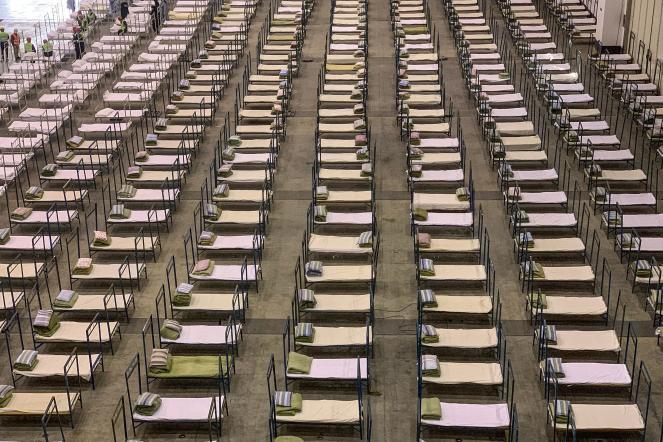 Workers set up beds at an exhibition center that was converted into a hospital in Wuhan in China&#039;s central Hubei. STR/AFP via Getty Images

Mainland Chinese journalists also documented overcrowded hospitals turning away people with pneumonia symptoms. Some of those people later died undiagnosed. With a ban on public transportation, the sick often have no way to get to a hospital. In other parts of China, locals eye Wuhan residents with suspicion. Hotels refuse to house them, while neighbors report and monitor them.

Chinese churches are looking for ways to help, whether passing out face masks to Wuhan residents, praying for Wuhan citizens, or finding opportunities to evangelize to the panic-stricken.

In Chengdu, Enfu Church decided to conduct its service via videoconference last Sunday to prevent the virus’s spread. Other churches are too. Peng said the city’s streets are now empty. Security guards check residents’ temperatures every time they enter the neighborhood. Face masks and antiseptics are sold out.

Rather than turning to fear or anger, Peng is urging his church to pray for Wuhan and the country, for doctors under extreme stress, and for Chinese people to repent and turn to God. Videos and photos shared on social media show Christians in Wuhan streets passing out face masks and gospel tracts.

Pastor Tan Songhua of Wuhan Fangjiaoshi church penned a public letter about the outbreak: “We are to seek peace for this city, seek peace for those who are afflicted with this illness, seek peace for the medical personnel struggling on the front lines, seek peace for every government official at every level, seek peace for all the people of Wuhan. And we can through online networks guide and comfort our friends and loved ones with the Gospel, reminding them that our lives are not in our own hands, and to entrust their lives to God who is faithful and true.”

Hong Kong reported its first coronavirus fatality on Tuesday, the second death outside of mainland China, following one in the Philippines. The 39-year-old Hong Kong man who died had traveled to Wuhan in January. As of Thursday, there have been 22 confirmed cases in Hong Kong.

Panic has spread in Hong Kong, where the 2003 SARS outbreak resulted in nearly 300 deaths. The city is facing a severe shortage of surgical masks with residents lining up overnight outside pharmacies for them. Those without masks stay home to self-quarantine.

Thousands of public hospital workers began a five-day strike on Monday to urge the government to close all borders with mainland China. Chief Executive Carrie Lam has refused a complete border shutdown, claiming such a measure would be “inappropriate and impractical,” as well as “discriminatory.”

Since the spread of the virus, Hong Kong protests have shifted from mass demonstrations to small pockets of resistance against the government, setting up quarantine sites in certain residential areas. While demonstrators once wore masks to defy the government’s mask ban, now almost all Hong Kongers on the streets wear surgical masks to prevent viral infection.—Joyce Wu