The director of the first U.S. pro-life medical pregnancy center knows the power of an image in shaping convictions on abortion

When some businessmen and doctors from Geeta Swamidass’ prayer group asked her to direct the first pro-life medical pregnancy center in the United States, she said no. It was 1984, and Swamidass and her husband had just moved to California from their home in India with their three young children. A 30-something with a medical degree, she hoped to land a medical residency so she could help support her family. Directing the pregnancy center would have little to no pay, and she didn’t feel like God was calling her to it.

Today, Swamidass is about to enter her 38th year leading the LivingWell Pregnancy Centers in Orange, Calif. She says the memory of a tiny baby and conviction from the Lord changed her mind, just like similar images and convictions would help women she counseled to value the unborn lives inside of them.

When Swamidass initially said no, her husband disagreed. In India, Swamidass had worked as a physician at an orphanage that often dealt with crisis pregnancies and adoptions—not much different from the work of a pregnancy center. He thought she’d be perfect for the position. Do you believe abortion is wrong? Do you remember what you saw? he asked one day.

He was talking about the abortion Swamidass had accidentally witnessed in 1973 at a hospital in India. A doctor asked 22-year-old Swamidass to accompany a patient to a procedure, and she said yes. She loved surgery and stood on a stool behind the surgeon, eagerly watching his hands. She didn’t expect what happened: He opened the woman’s uterus and out popped a baby, probably about 12 to 13 weeks along.

“I could see the heart beating through the tiny chest wall,” she said. After the procedure, the baby lay on a tray with all the operating instruments. Swamidass watched, shocked, as the baby moved, struggling to breathe with underdeveloped lungs.

That was the young doctor’s first exposure to abortion. Swamidass, a Christian college graduate, knew about anatomy but had not learned about elective abortions or seen a baby being removed from its mother like that. “It totally devastated me,” she said. “I felt like the blood of that baby was on my hands.”

When her husband mentioned it years later, she didn’t have to think twice about where she stood on abortion: She knew it was terrible. Then what are you going to do about it? her husband urged.

The LivingWell Clinic opened in April 1985 with Swamidass at the helm. “It was just a matter of being obedient [to God],” she explained later. The center became the first in the U.S. to provide pregnancy confirmation ultrasounds to clients as a way to visualize their own unborn babies.

Swamidass saw the effects of the technology at her own pregnancy center. “Obviously it was so effective because when you show a woman her baby’s heartbeat … she knows it’s alive, and it’s not just telling her that it’s alive … she’s seen it,” said Swamidass. But she also saw the effects of sharing God’s Word. 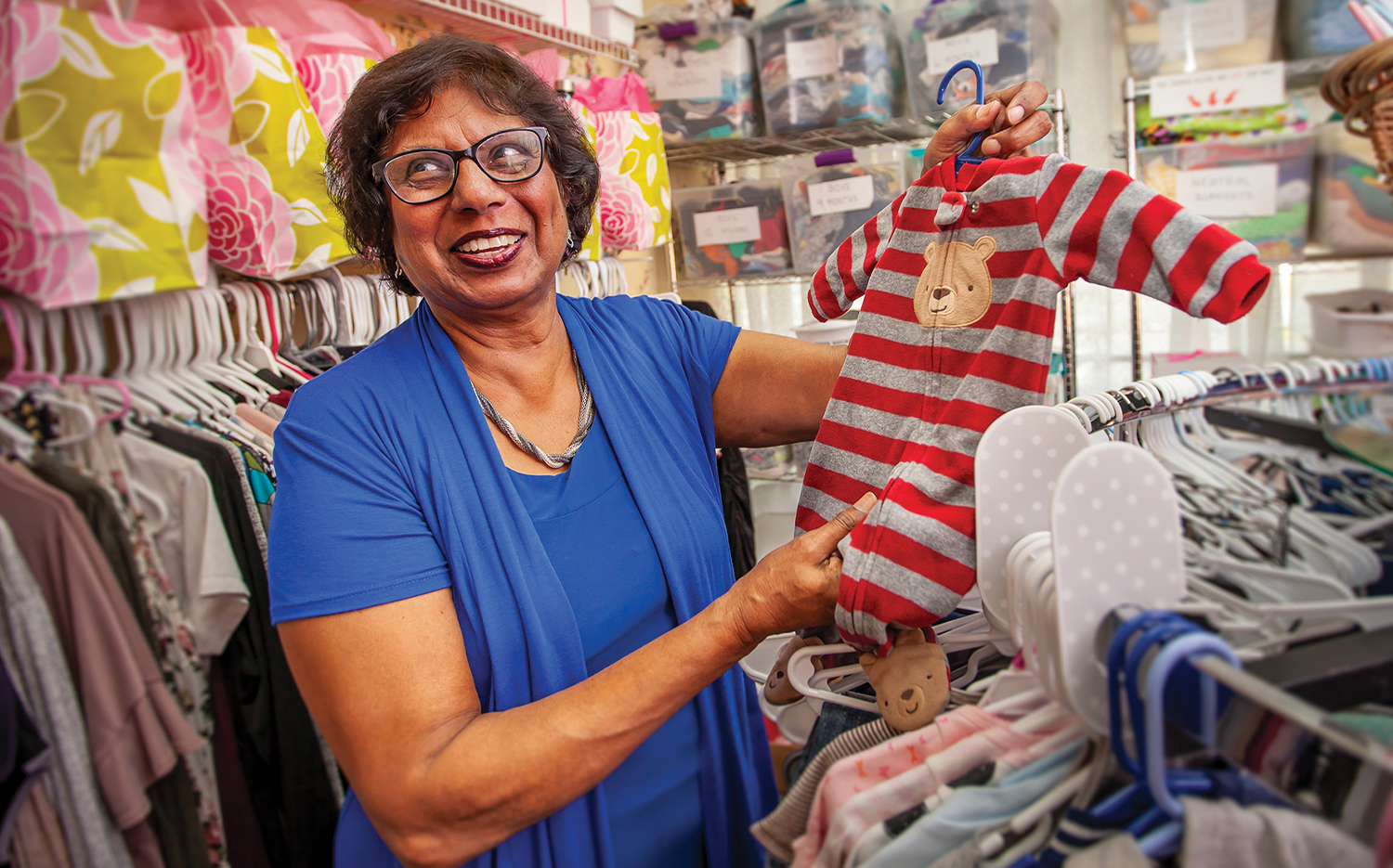 One patient came to Swamidass’ center in 1985. The teenager was a young ministry leader at a local church and had sexual intercourse only once, but that one time left her pregnant. She told Swamidass she needed an abortion because she didn’t want others at church to know what she had done. She wanted Swamidass to give her a Biblical OK to get an abortion, but Swamidass said, Killing your baby would be sin no matter what circumstance under which your baby was conceived.

The young woman cried during the ultrasound: “She saw a baby—a perfectly formed little baby—and she could not get away from that fact.” Swamidass said the girl eventually confessed what she had done in front of her church and placed her baby up for adoption.

Another woman came to the center in the late 1990s after having 10 abortions. The center staff shared the gospel with her and gave her an ultrasound. She had never seen an ultrasound image before and said, Wow, it is a baby. Nobody told me this before. She still had abortion 11—and regretted it immediately. When she became pregnant again, she married her boyfriend and kept baby 12.

Swamidass has shifted into the role of president because she says she’s been blessed to see so many women come to know Jesus Christ through her work at the center: “He is the only one that can truly help.”